Believe this is the same Great Blue Heron but the photos were taken on two different days at two different (but close in proximity) locations. One was a large open pond, the other at a beaver dam where melting snow had increased the flow of the creek.

The heron appears to be wary of loud noises and movement in the water but is a little naive when it comes to people, i.e. it actually walked into the area where I was sitting on the bank. Hopefully with maturity, it will become a little more "worldly", particularly as it migrates south for the Winter and into the southern United States, where there are predators such as alligators, etc. lurking in the marshes/swamps.

However, it had no issue with the quantity and quality of fish it was catching, as you will see from the photos below. I was very happy to see it removing (and eating) a number of the invasive Prussian Carp from the eco-system before they had a chance to hit the Bow River. And some of them were whoppers! (See Photo #1 through to Photo #5.) In fact, I actually spotted one carp in shallow water along the bank, myself. It was so large I could see its head, etc. above the water level. The heron at the time was on the other side and it eventually saw it as well and sauntered across. (Photo #1 & Photo #2). I did have a camera moment at the point of shooting where the heron was so close & the fish so large, that the camera initially wouldn't focus. Luckily, we both re-adjusted and the heron took some time in getting the fish just right in its beak.

I have also included some grooming and fishing activity of the heron. (Photo #9 through to Photo #11) 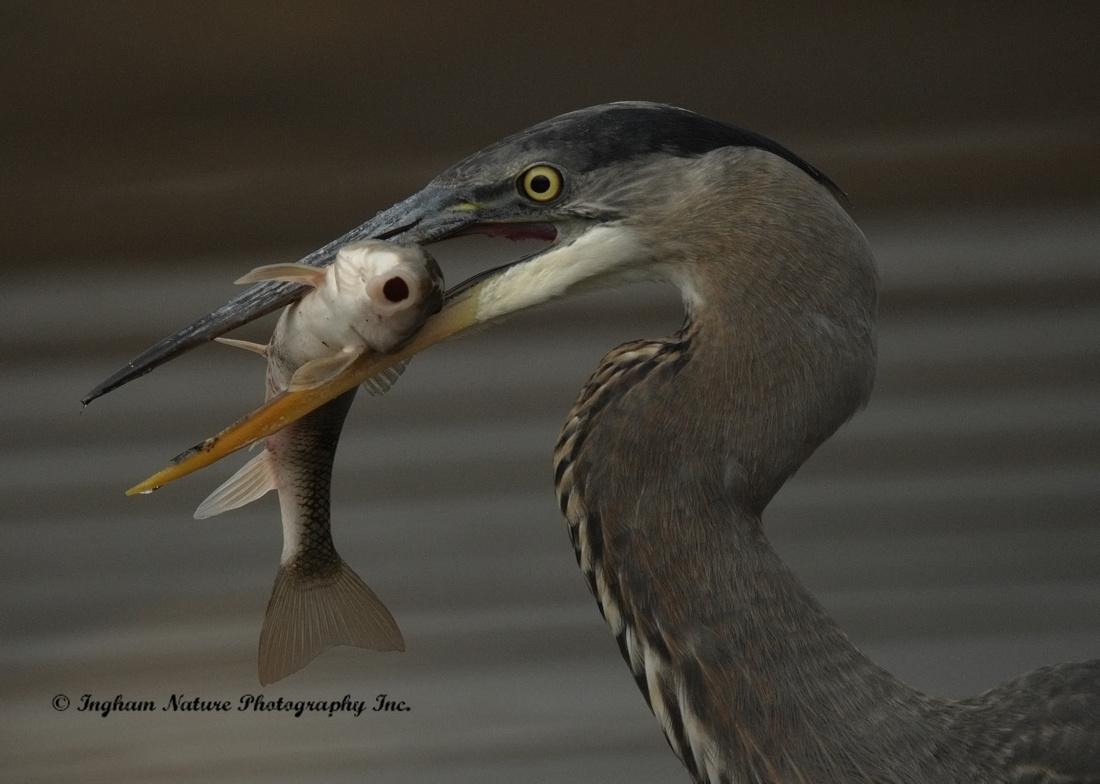 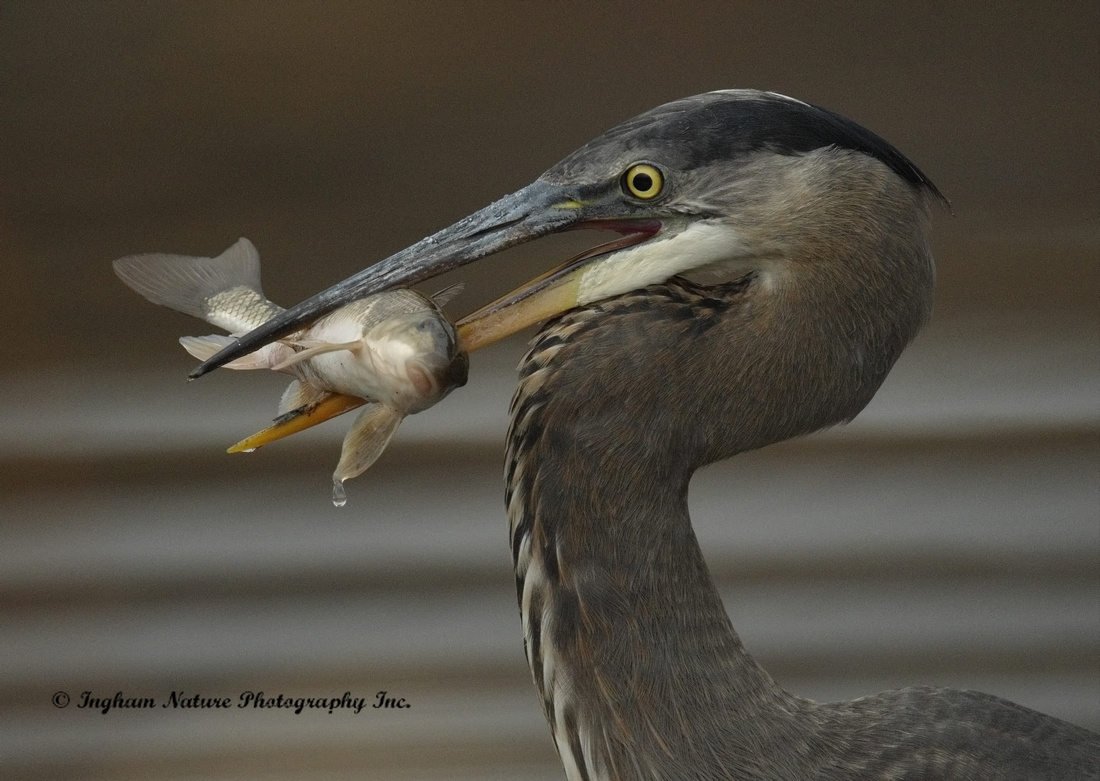 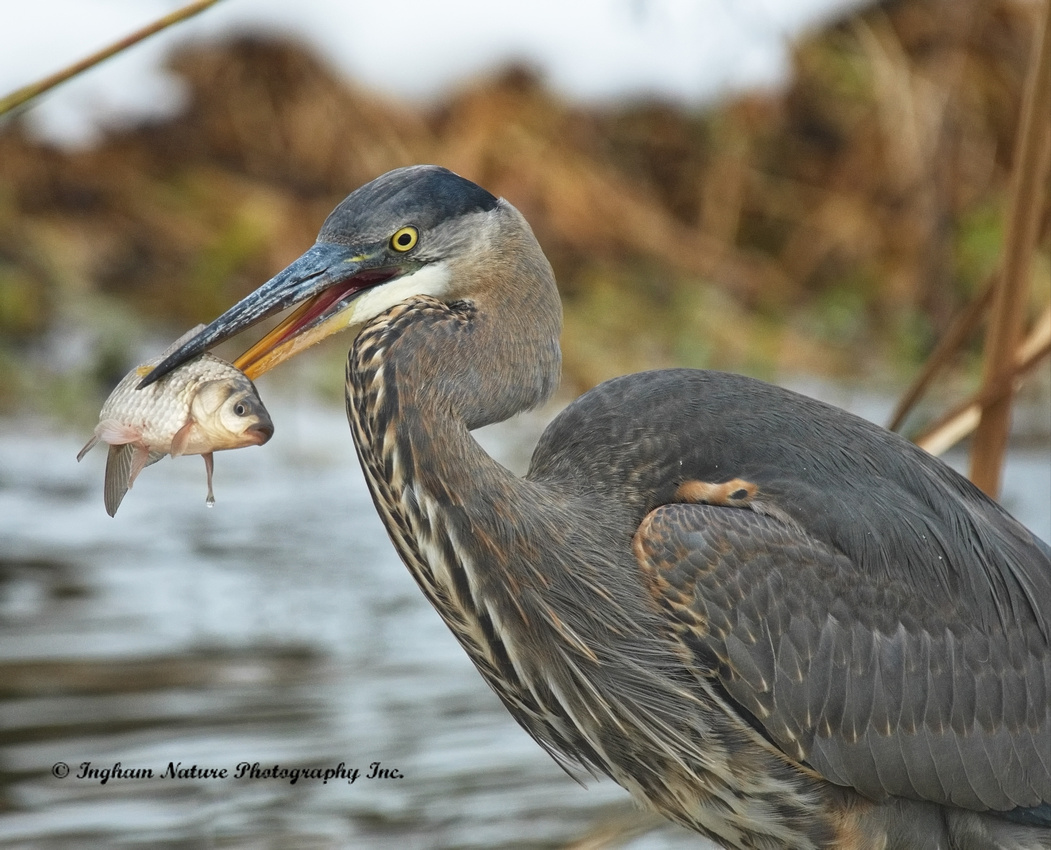 PHOTO #4 - "POSING WITH THE WINNING FISH" 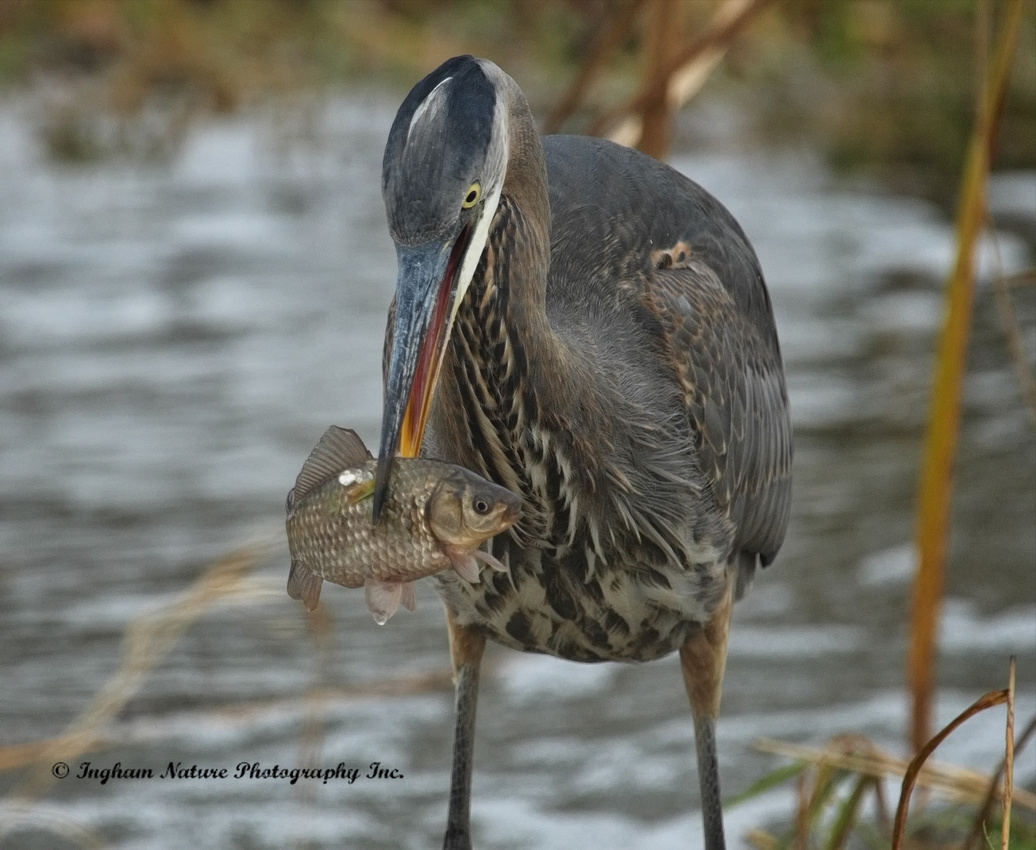 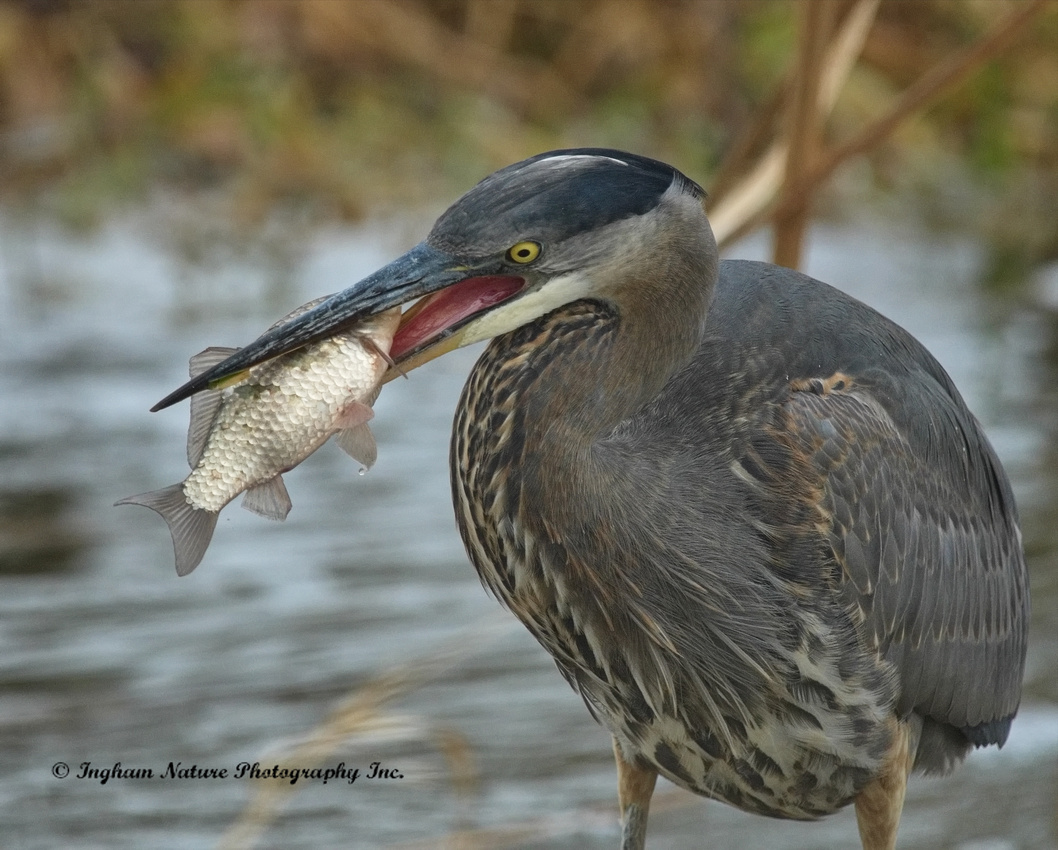 PHOTO #6 - "A LITTLE SALAD WITH THE MAIN COURSE" 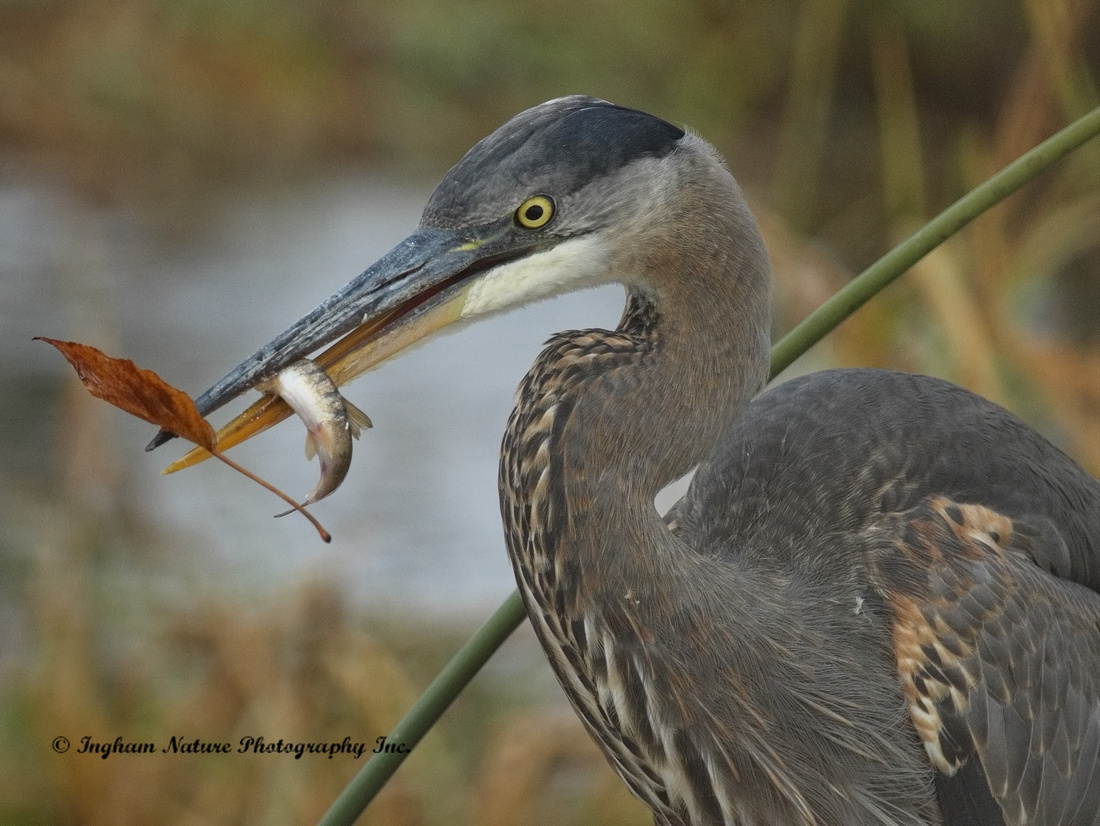 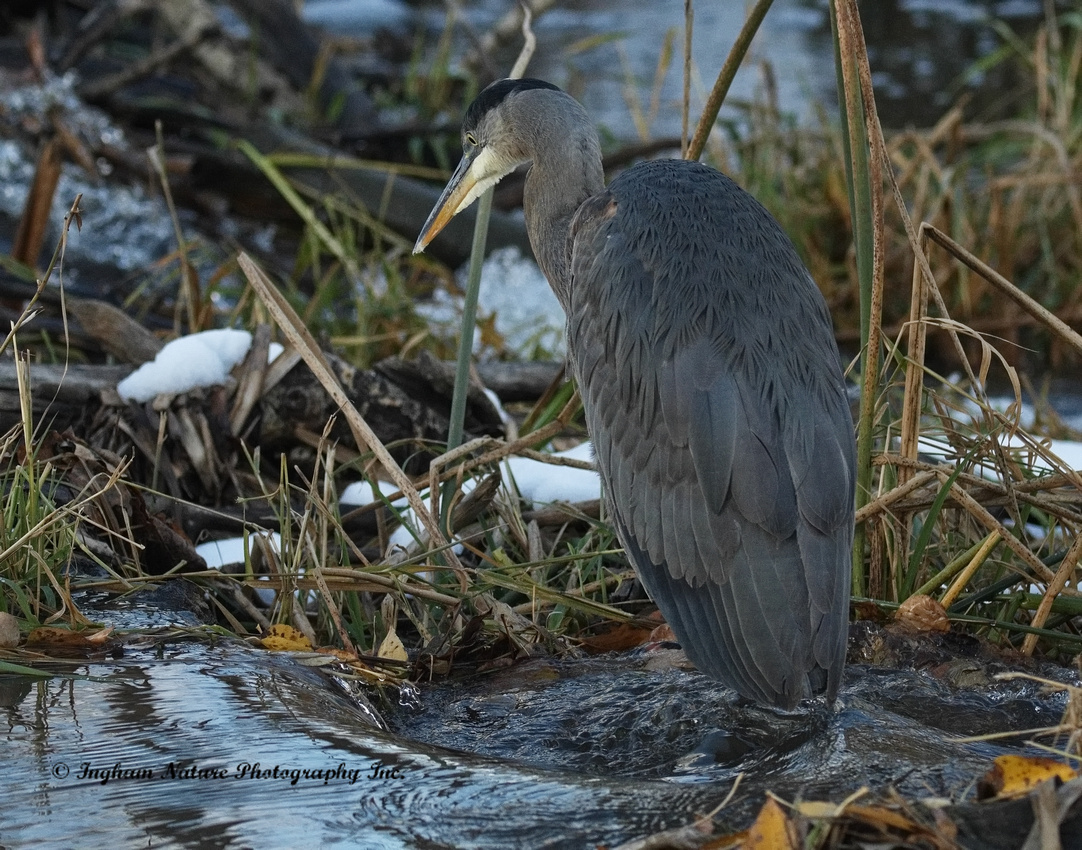 PHOTO #8 - "WATCHING FOR THE FISH GOING OVER THE DAM" 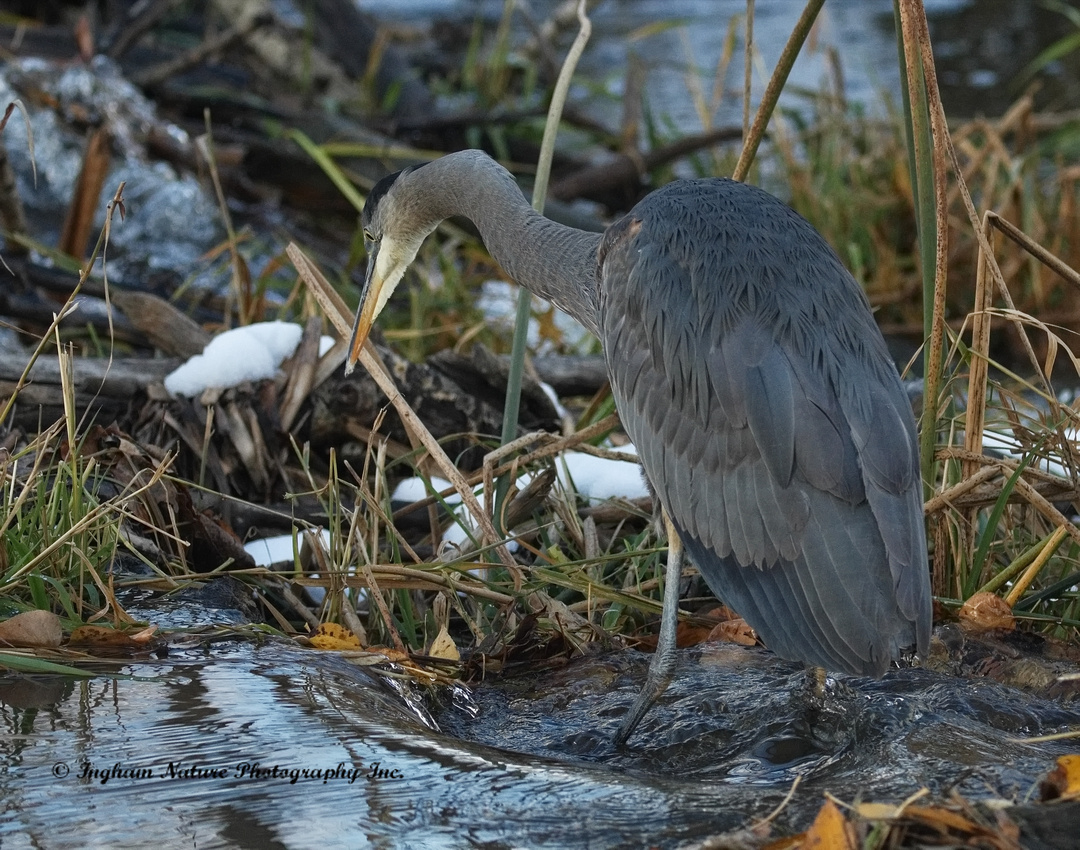 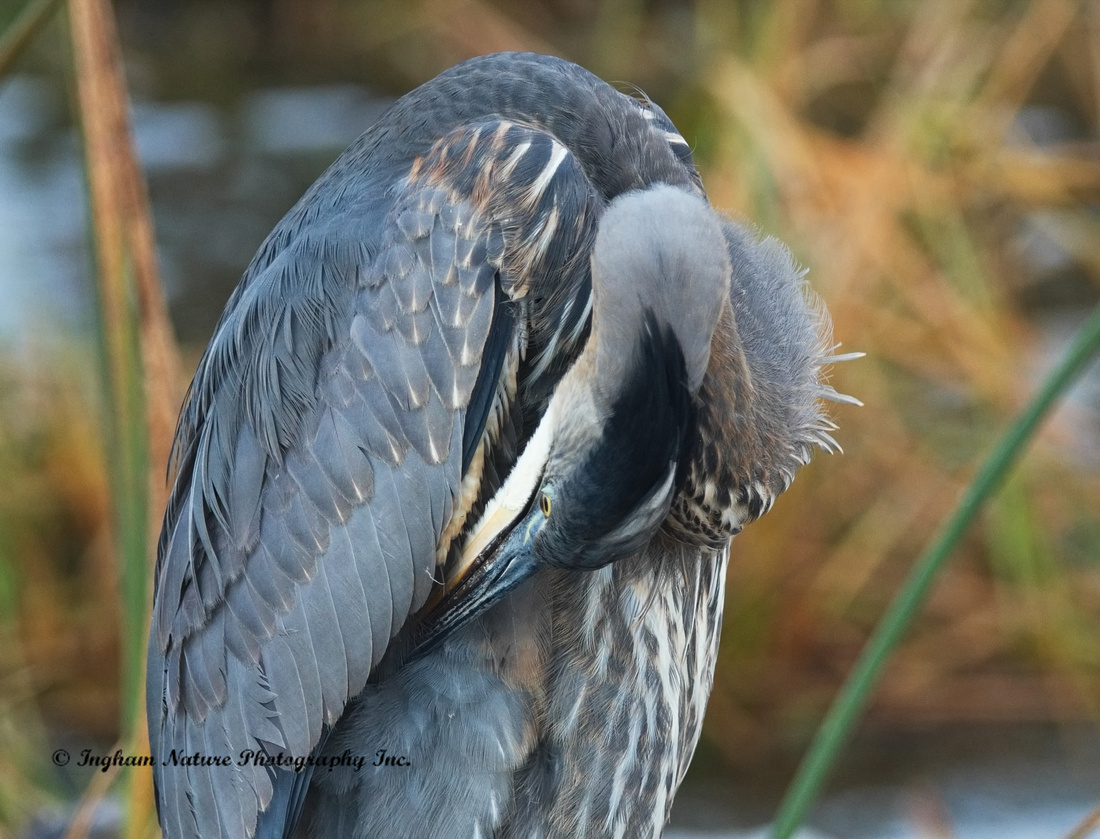 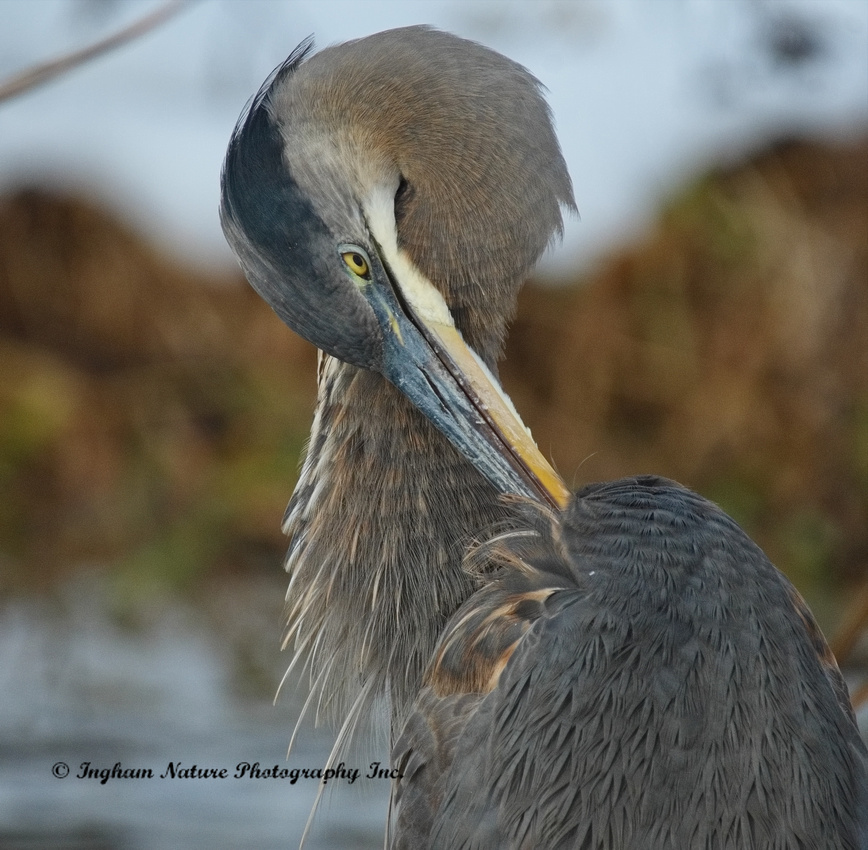 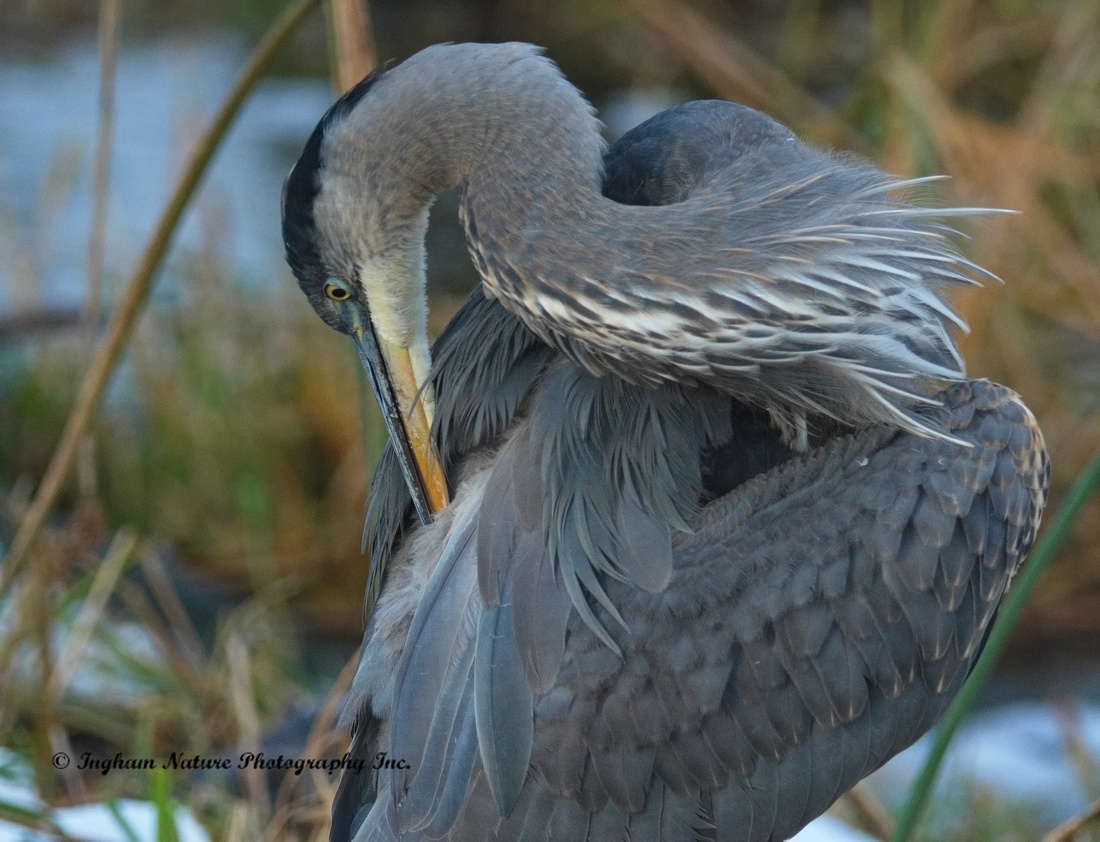