"FINDING HIS WAY IN THE WORLD" - Moose (Male)

"FINDING HIS WAY IN THE WORLD"

After hearing from two people, there was a moose sighted in the area, I went out looking for a very large dark brown mammal.

The first attempt was unsuccessful but having taken some advice on from a friend, who suggested that moose like deer, like to lie down and chew their cud late morning, early afternoon, I decided to take a break from "mink waiting" at the creek and go back out into the woods. Walking along the Bow River's edge and about to cross the creek, there across the creek in an open meadow was this beautiful young bull moose, quietly grazing & munching.

Crossed the bridge and started taking photos. We then sort of went on a "moose" saunter together around the woods. And if you wonder how one can miss such a huge mammal, check out Photo # 6, where the moose decided to lie down against a fallen tree and recover from the heat. I sat down across the gully a distance away and watched this moose quietly eat and relax. The large gully is full of fallen trees, branches and forest debris. With the gully between us, the log behind the moose and the woods tight around, I am certain the moose felt quite "tucked up" for his moose nap.

Then about half an hour later, up he popped and continued on his moose meander. At one point, I thought he was heading for the river as he continually sniffed the air in that direction but instead kept on through the woods and eventually headed south for what I assumed was his final retreat out of the Provincial Park and hopefully along and into the Bow River.

This is the time of year when young moose now on their own for the first time, have to find their way into wilderness areas where they can thrive and grow. This young moose must have thought he had found a moose's version of "The Garden of Eden", when he arrived in Fish Creek Provincial Park what with the river and the plentiful trees and lush vegetation.

For more photos, visit the gallery:

As a side note, although not common sightings in the park, moose can occasionally be seen. One of the reasons it is so important to keep your pets leashed while visiting. The forested areas, particularly along the river, can appear to be free from wildlife and great places to let dogs run free but a deer encounter is stressful enough, a moose one could turn extremely dangerous. 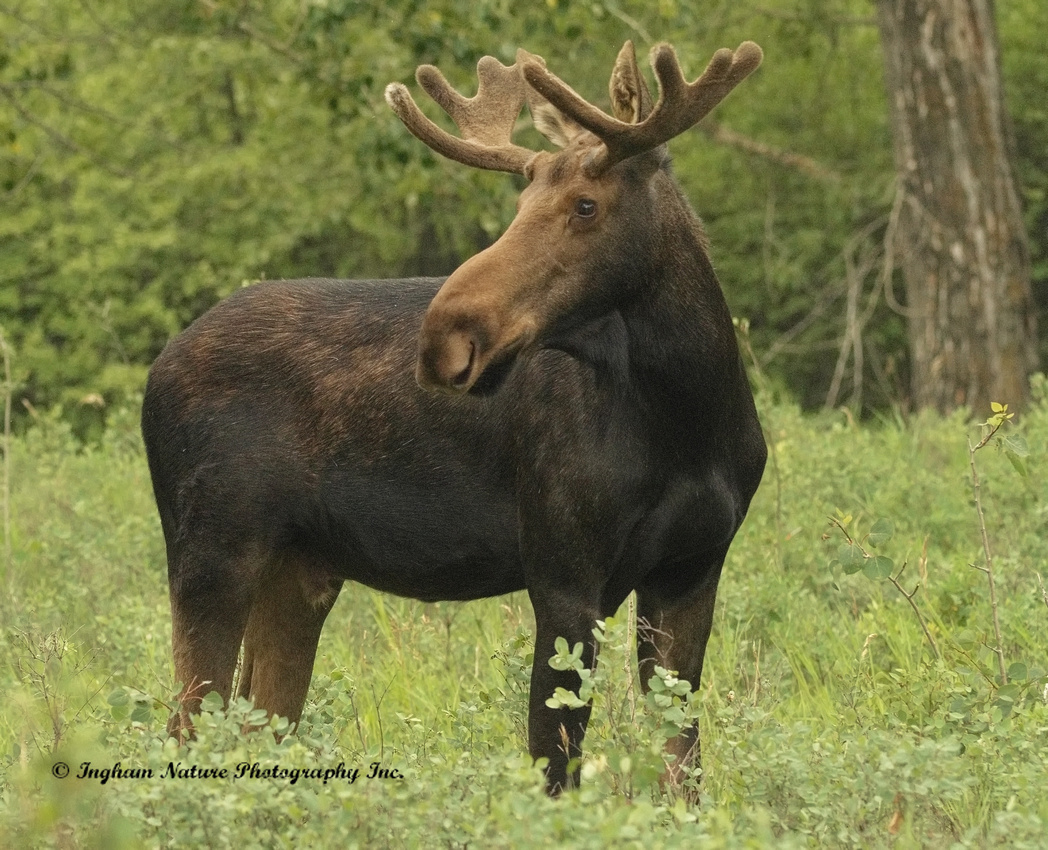 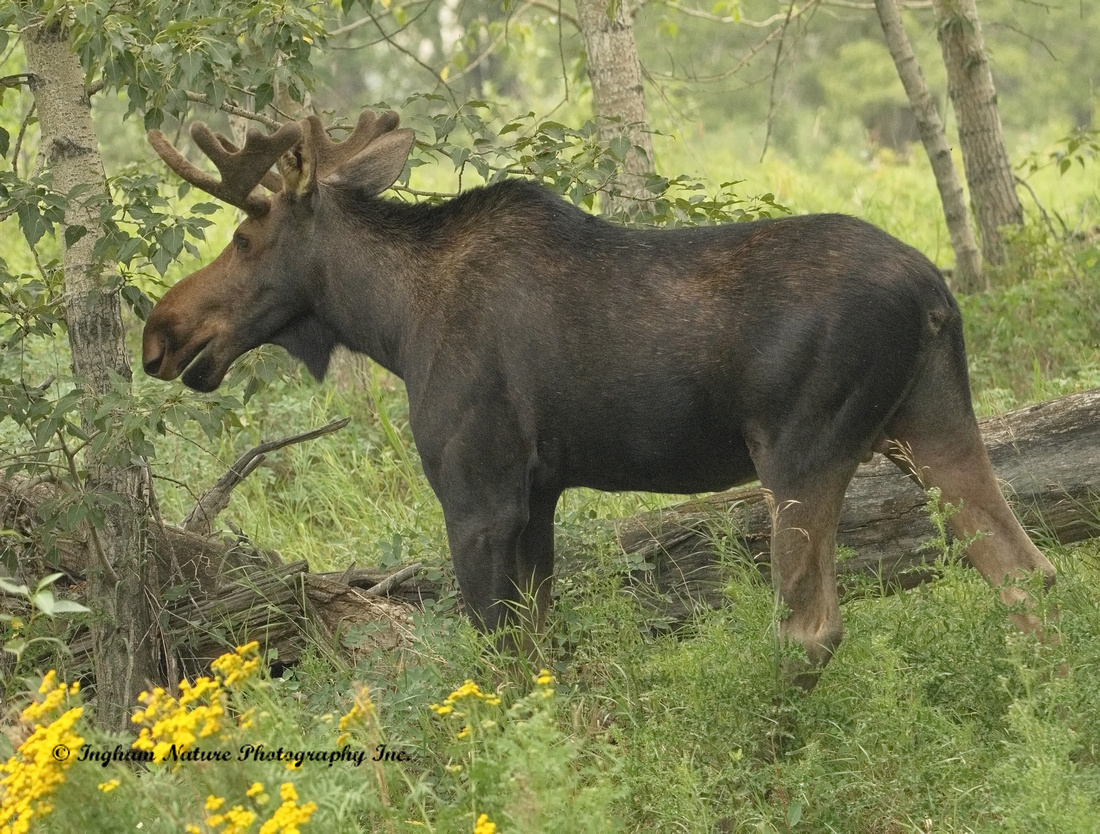 Moose - Male"MOOSE IN THE LANDSCAPE" 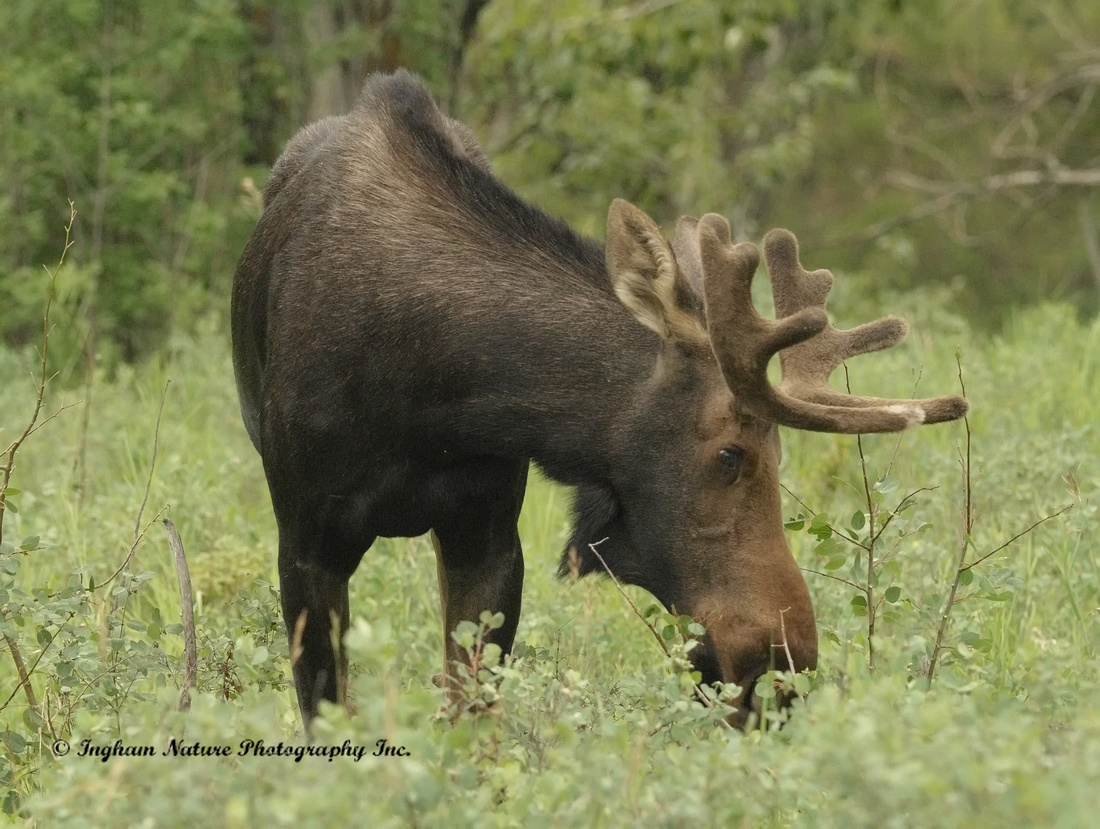 Moose - Male"GRAZING IN THE GRASS" 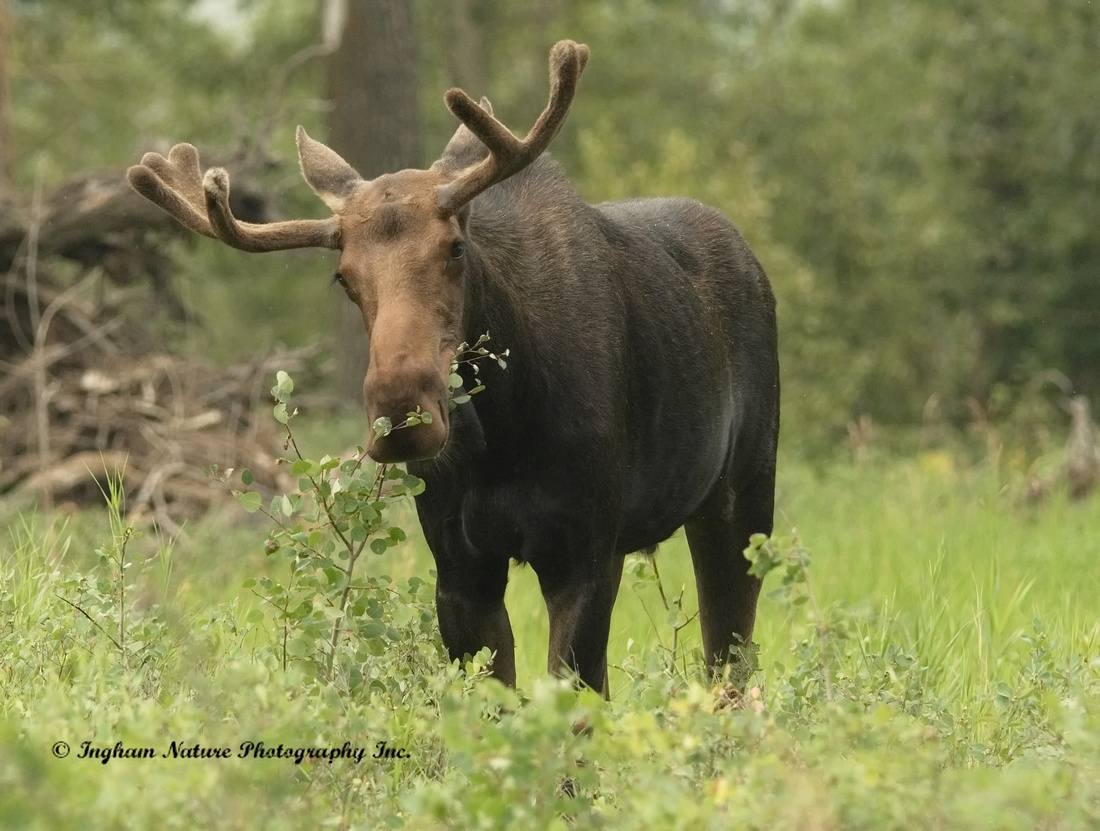 Moose - Male"SEE IF YOU EAT YOUR GREENS, YOU TOO CAN GROW UP BIG & STRONG!" 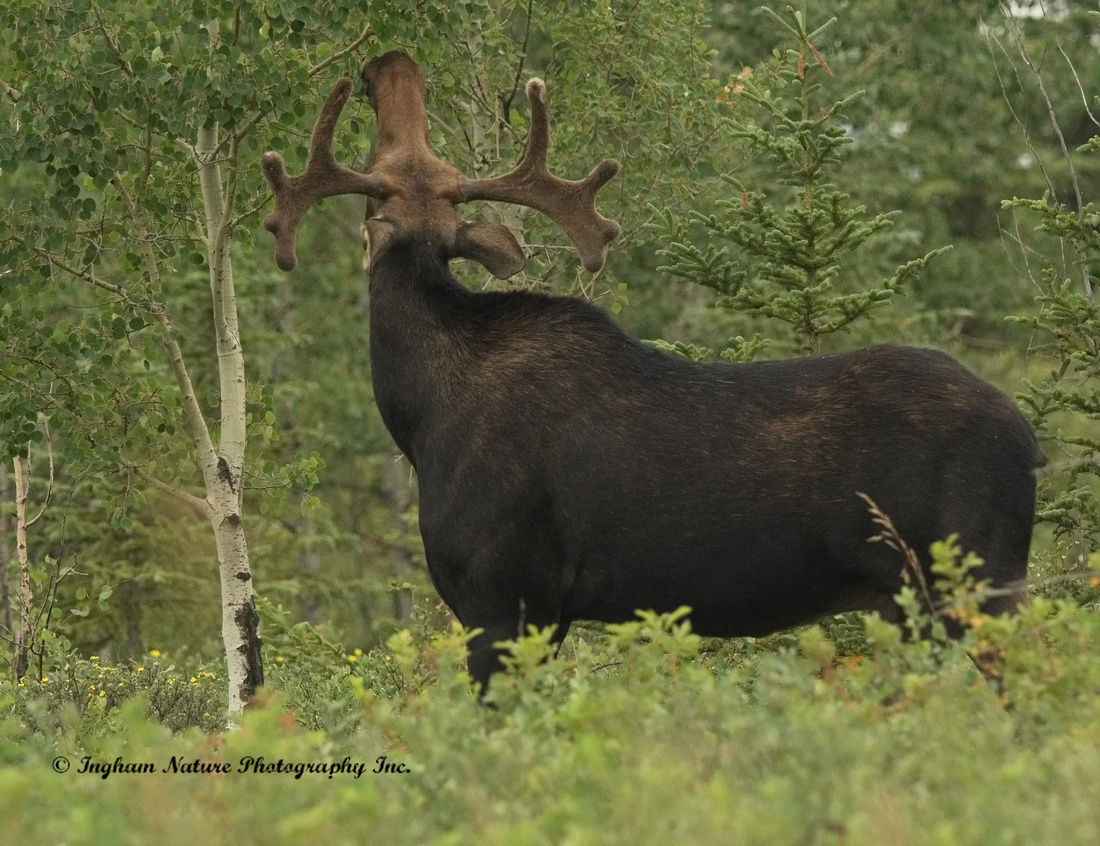 Moose - Male"THE BEST ARE AT THE TOP OF THE TREE" 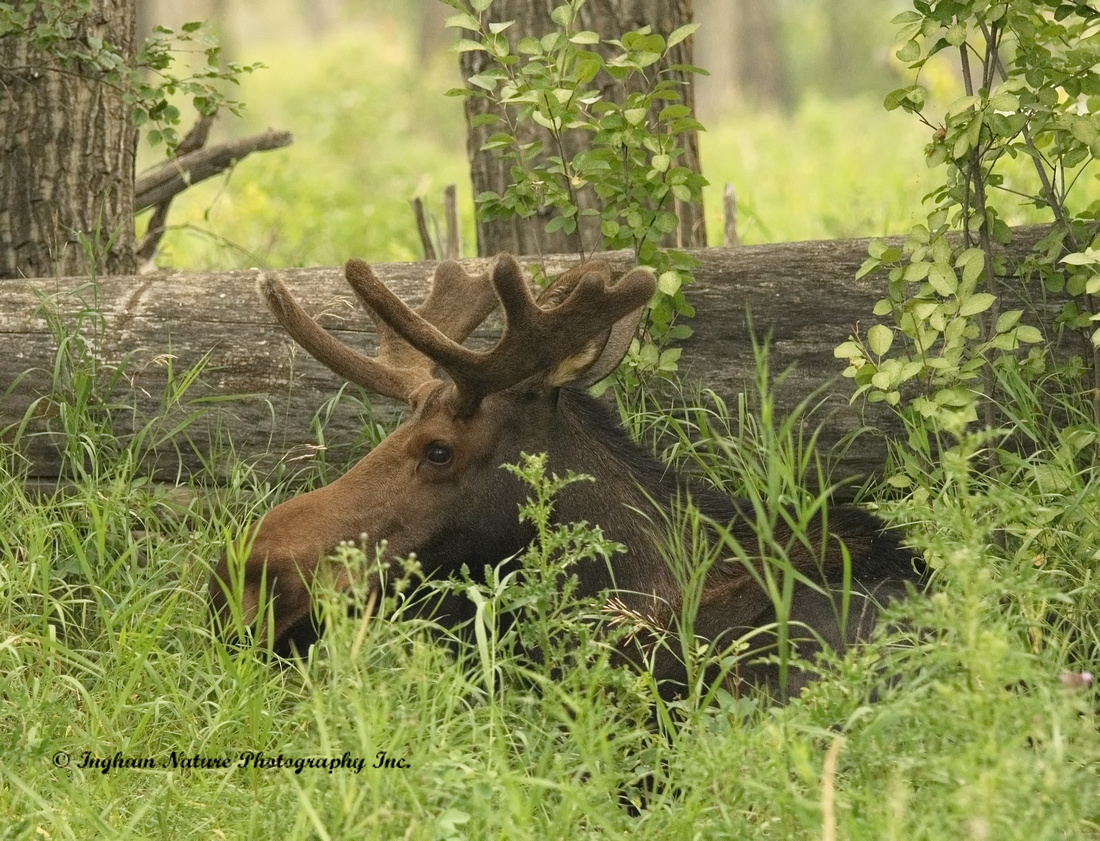 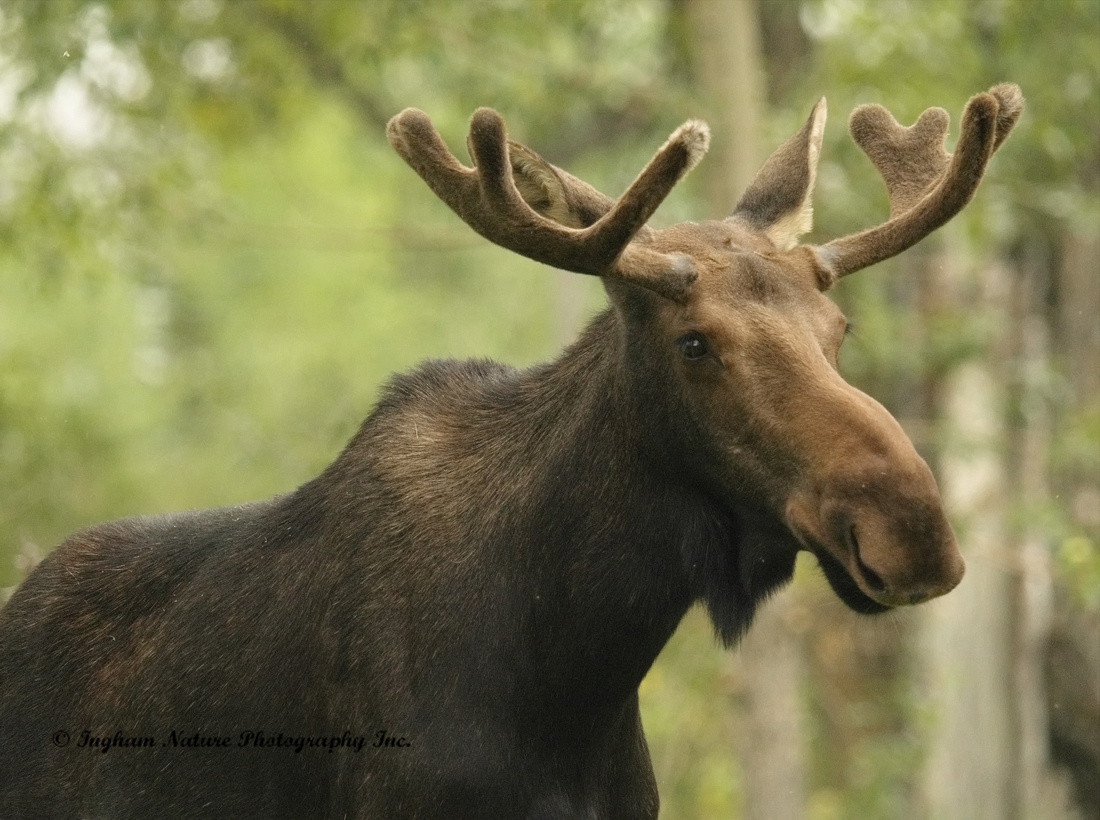 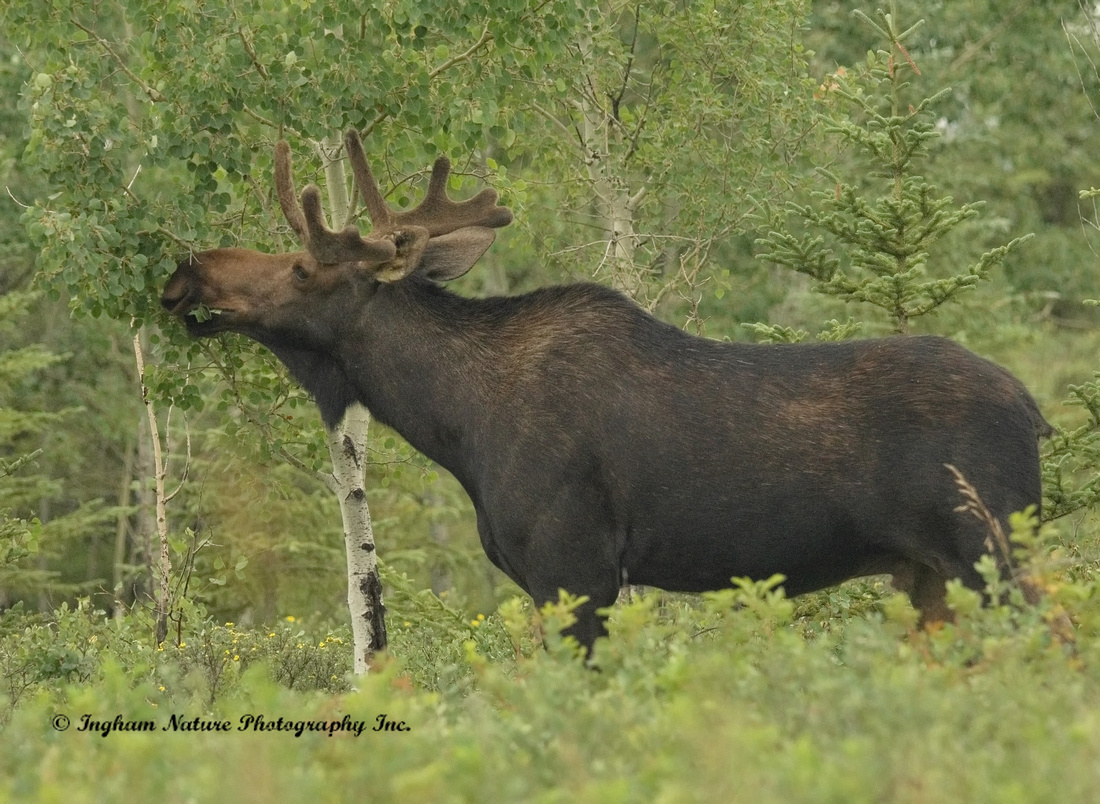 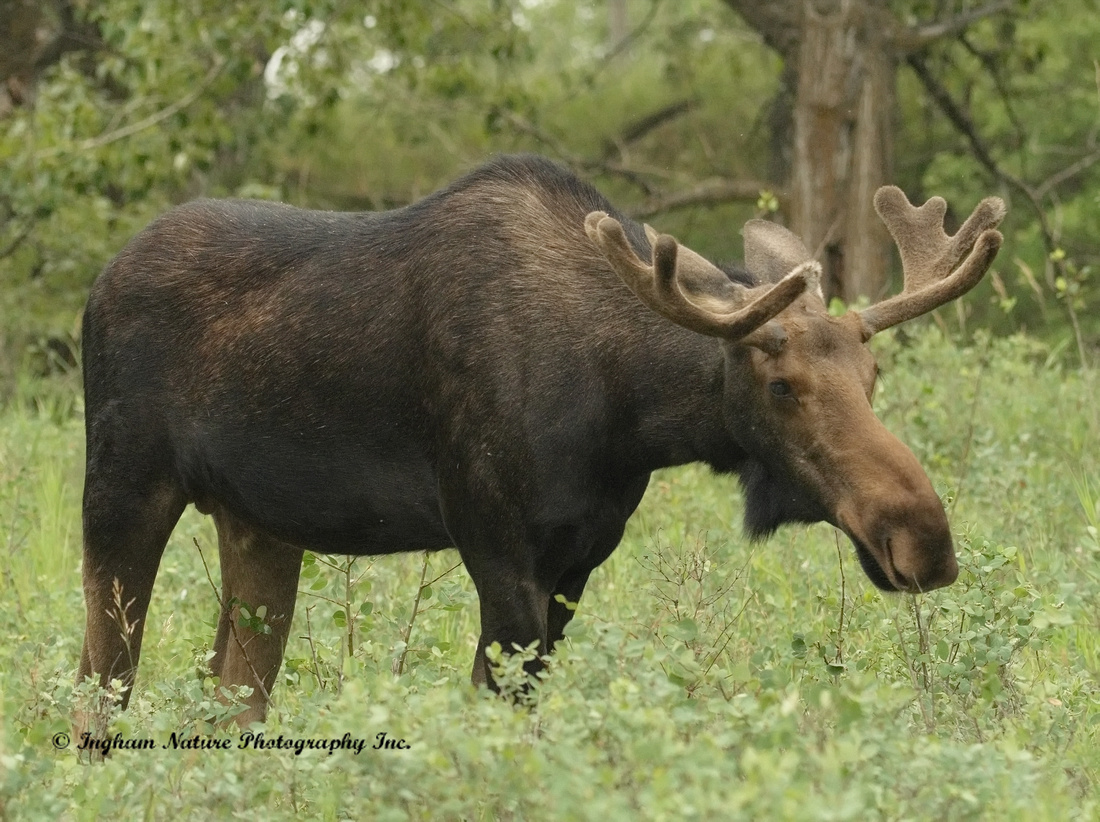