"A LATE EVENING WITH THE BEAVER FAMILY" - Beaver (North American)

"A LATE EVENING WITH THE BEAVER FAMILY"

I had followed one large beaver upstream until it stopped at the bend of the creek. There was already one smaller beaver there munching away. So I had two beavers to watch. And then an even larger beaver appeared from downstream, followed sometime thereafter by another, much smaller. So I had four beavers and watching them interact and determining by sizes, it was a mother beaver (the one I had followed), the father beaver (the largest one) and two youngsters.

It was a late evening picnic, with beavers coming and going, appearing with new material and happily relaxing & eating.

In Photo #5 , you can see Mrs. Beaver arriving with her latest "groceries", which she deposited into the creek and quickly set to some juicy leaves and new bark. She had one of the kits next to her left. And I guess the little one thought he/she would help itself to some of Mum's latest. Well that wasn't going to happen. It's the first time I have ever seen an adult beaver lunge at a youngster (Photo #6).  It happened so fast and then it was over. There was some mewing from the kit and eventually Mum let it eat some of the peripheral branches. A short time after, Mum swam away downstream. As I was leaving, I did see her much further down in the creek, happily eating. I guess even beaver mothers need some away time from their kits!

In Photo #8, you can see a much smaller beaver approach and nudge the back end of a very large beaver. That would be the second kit & Mr. Beaver. It was such a gentle and soft touch, letting Dad know it was there. Eventually, Dad climbed up on the bank and took to some grooming and relaxing. He is one big beaver, probably 40 pounds plus.

I could have stayed well past the time that clear photography would have been possible and watch the family enjoying their creek picnic but unfortunately the Provincial Park locks its gates (and the exit from the parking lots) at 10:00 p.m. so I had to say so long for now and thanks!

PHOTO #1 - Mrs. with her appetizer 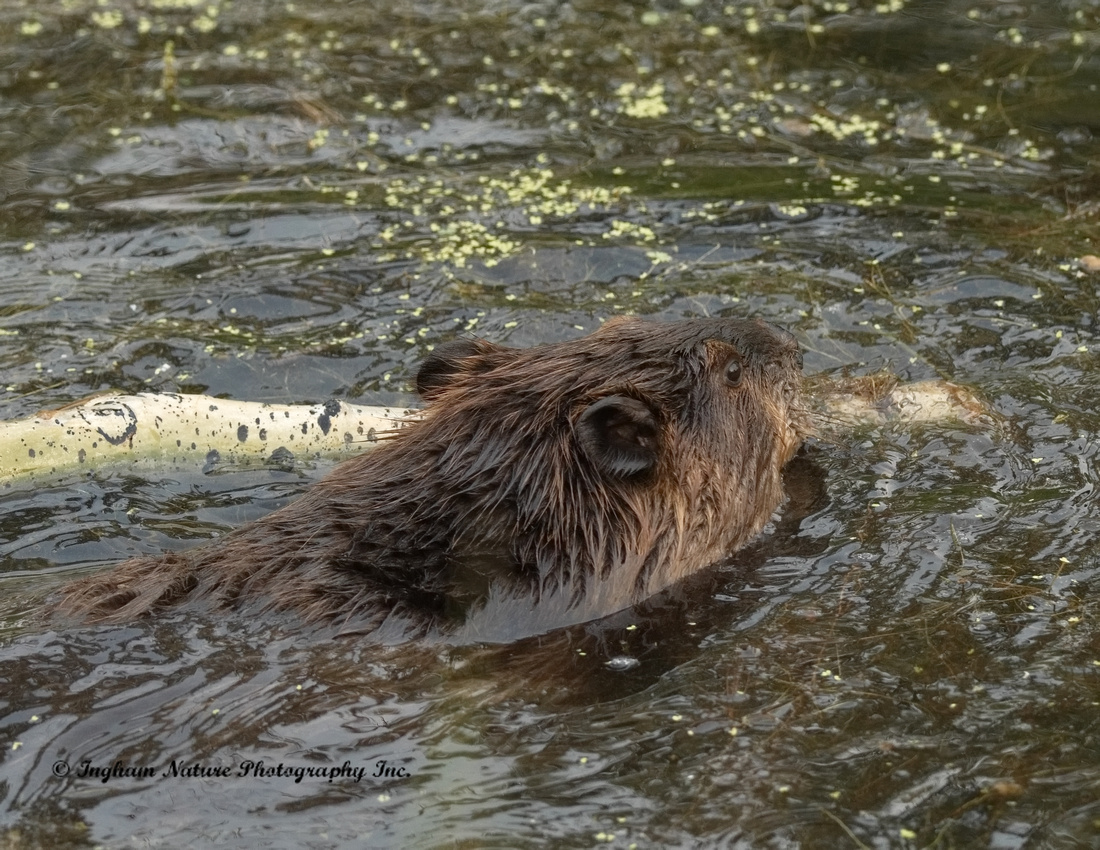 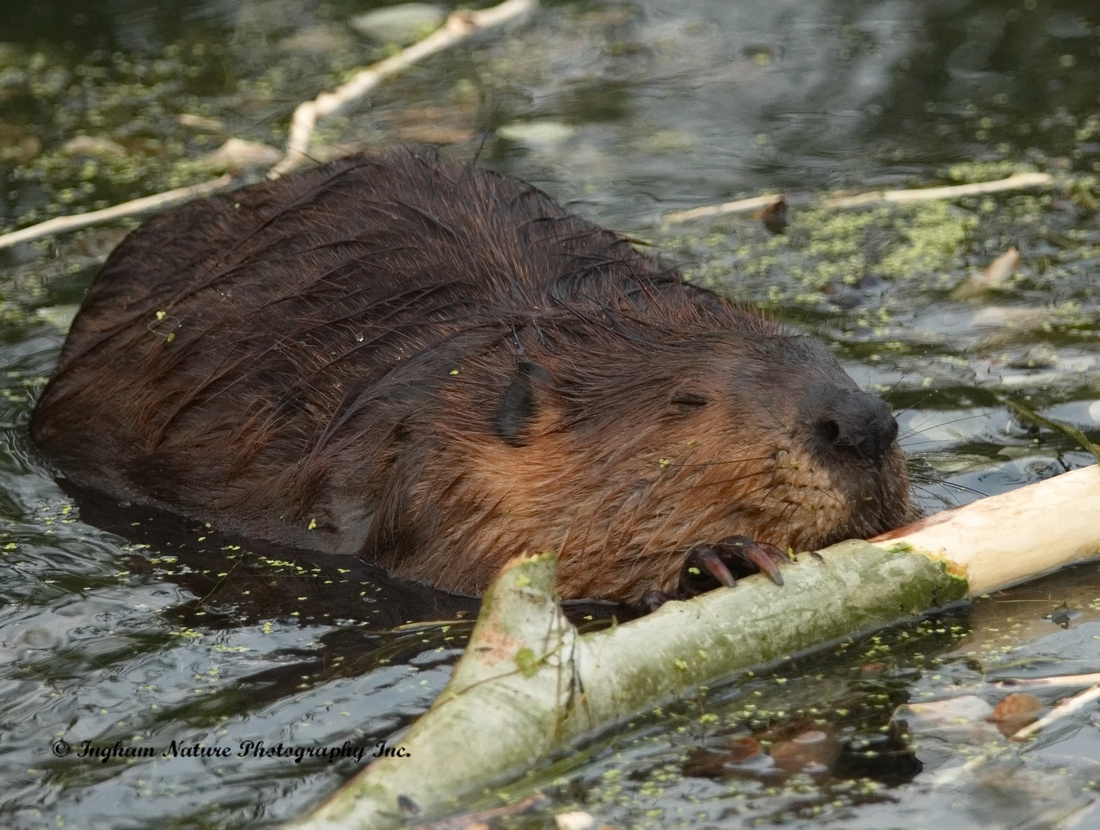 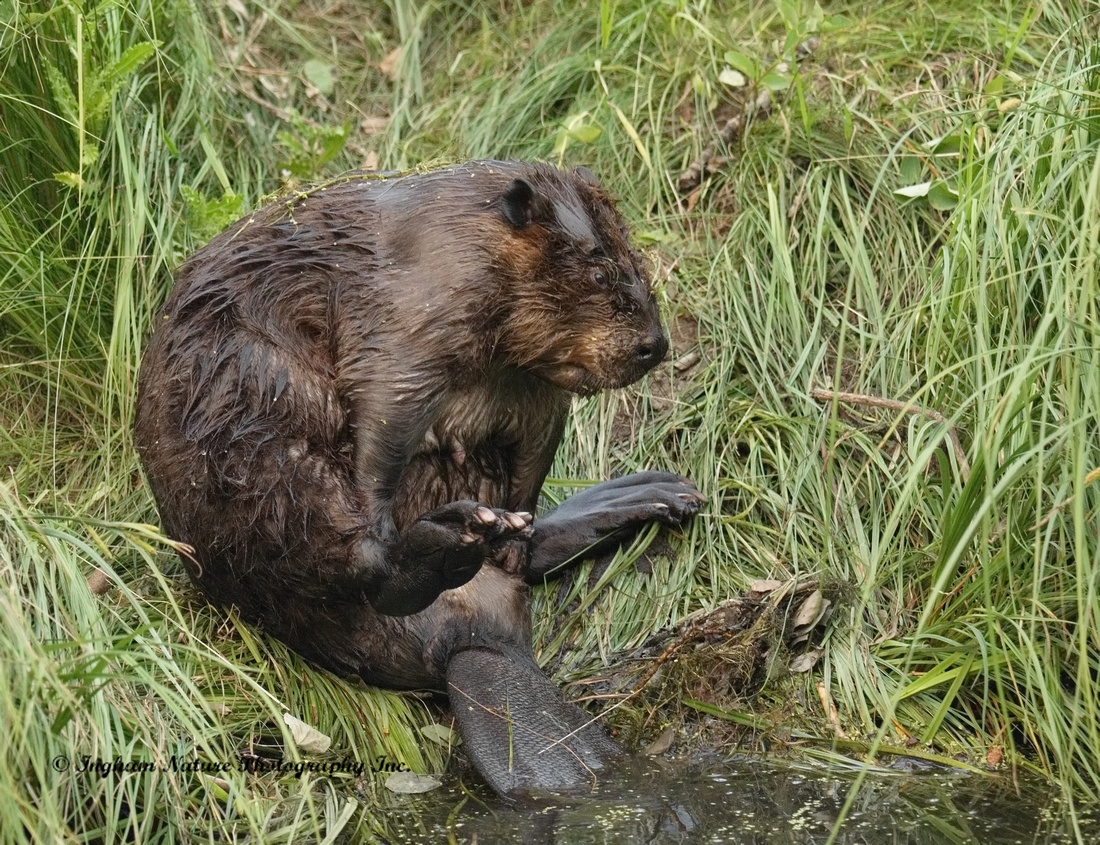 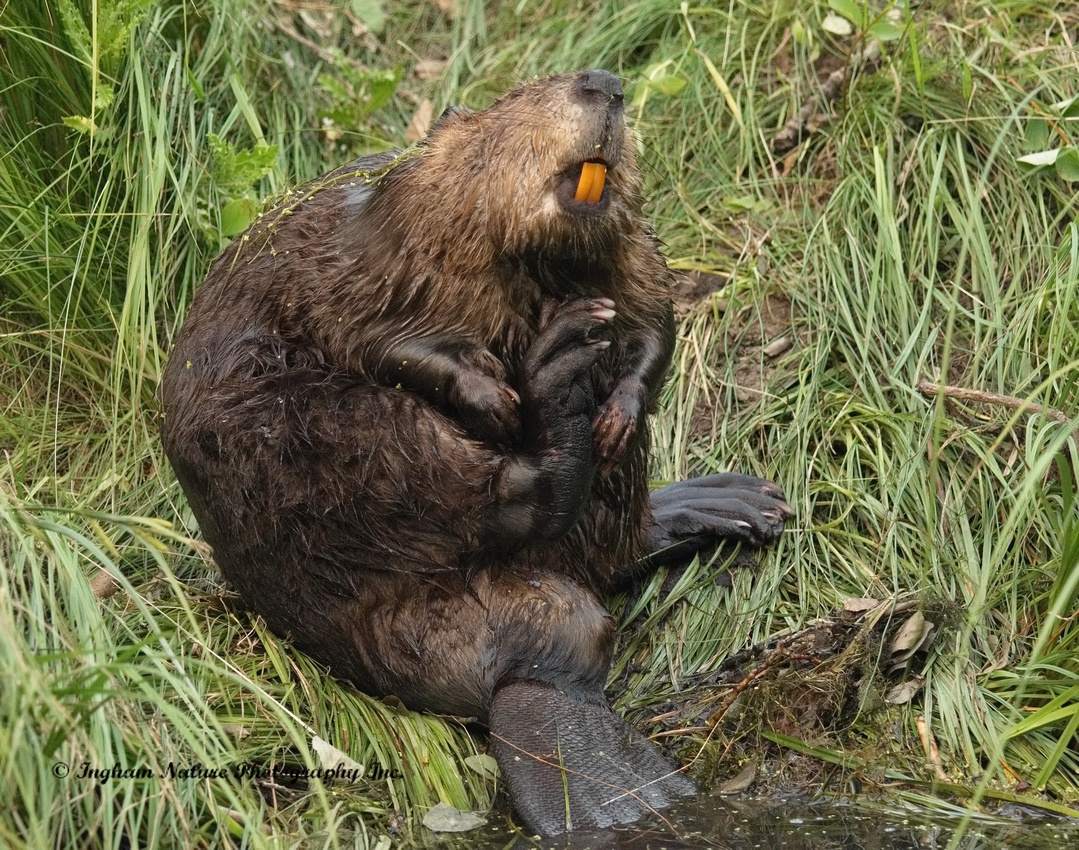 PHOTO #5 - Mrs. coming back with her groceries 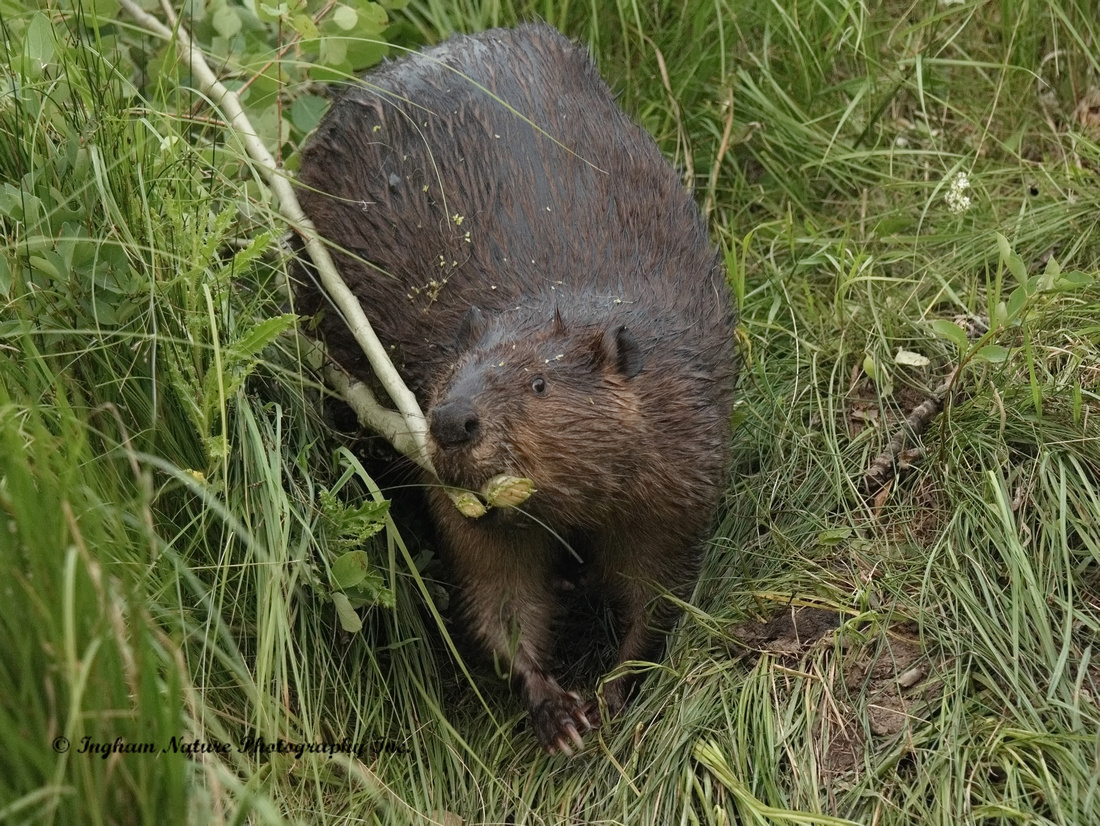 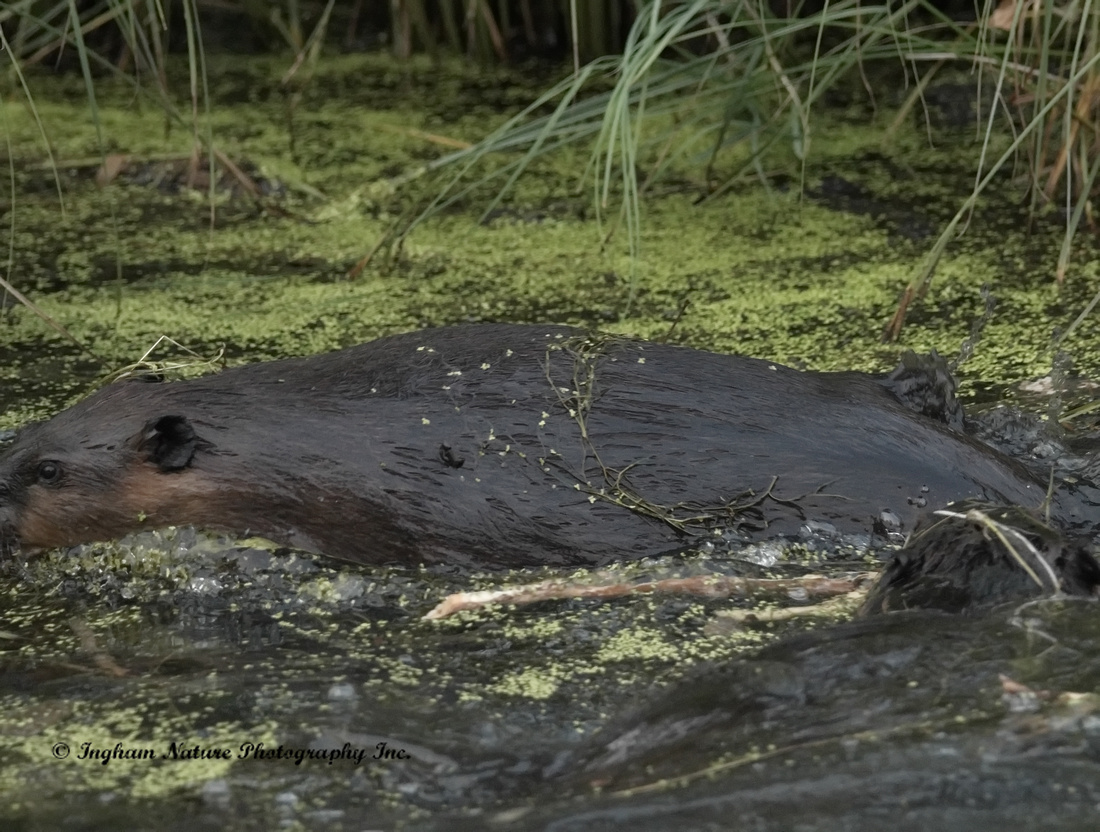 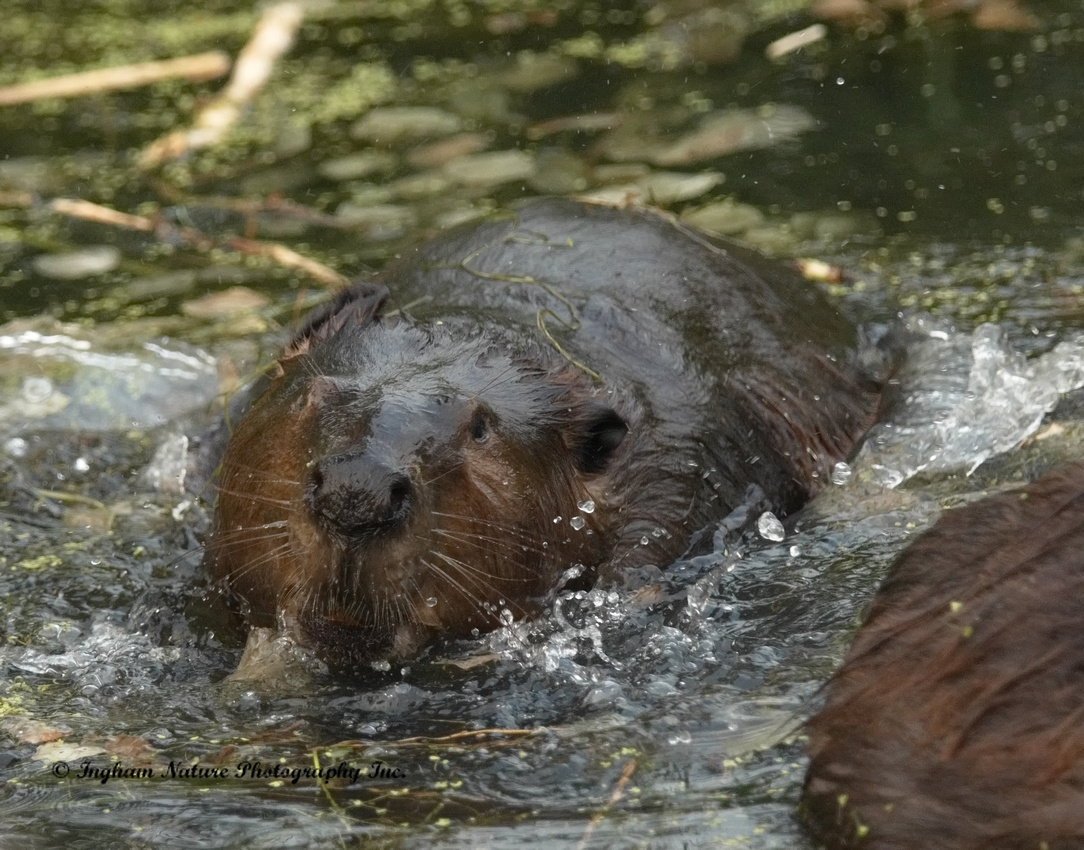 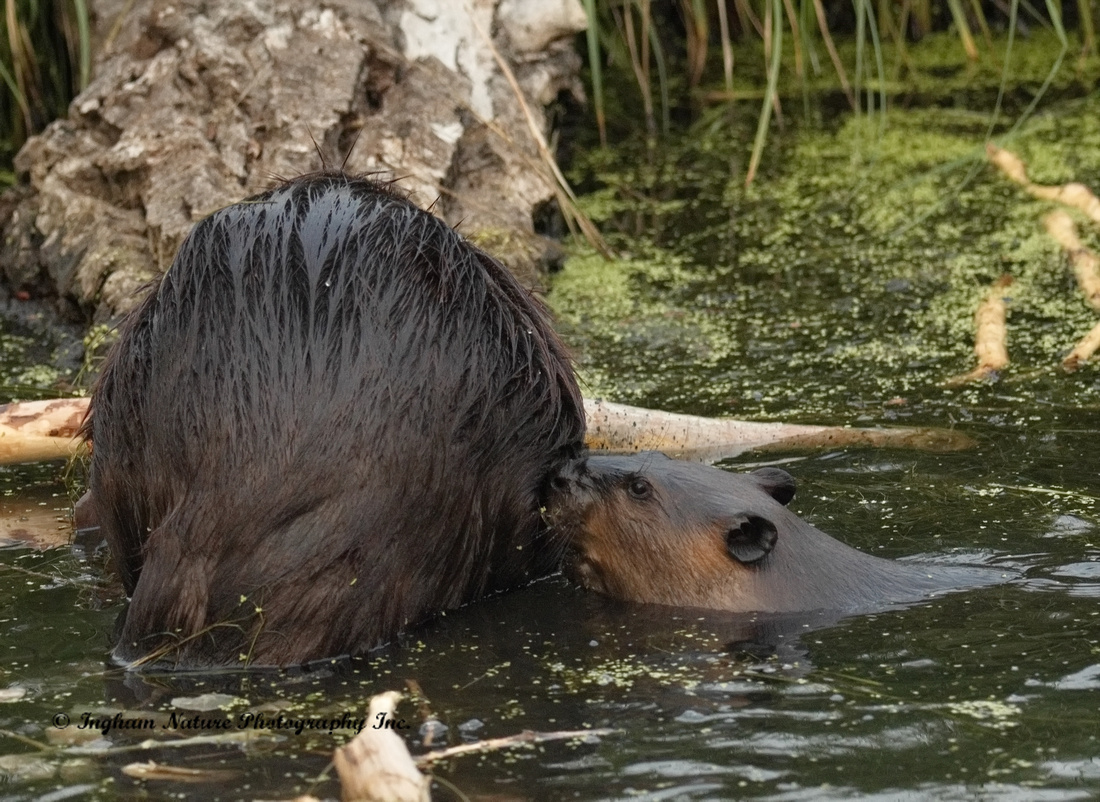 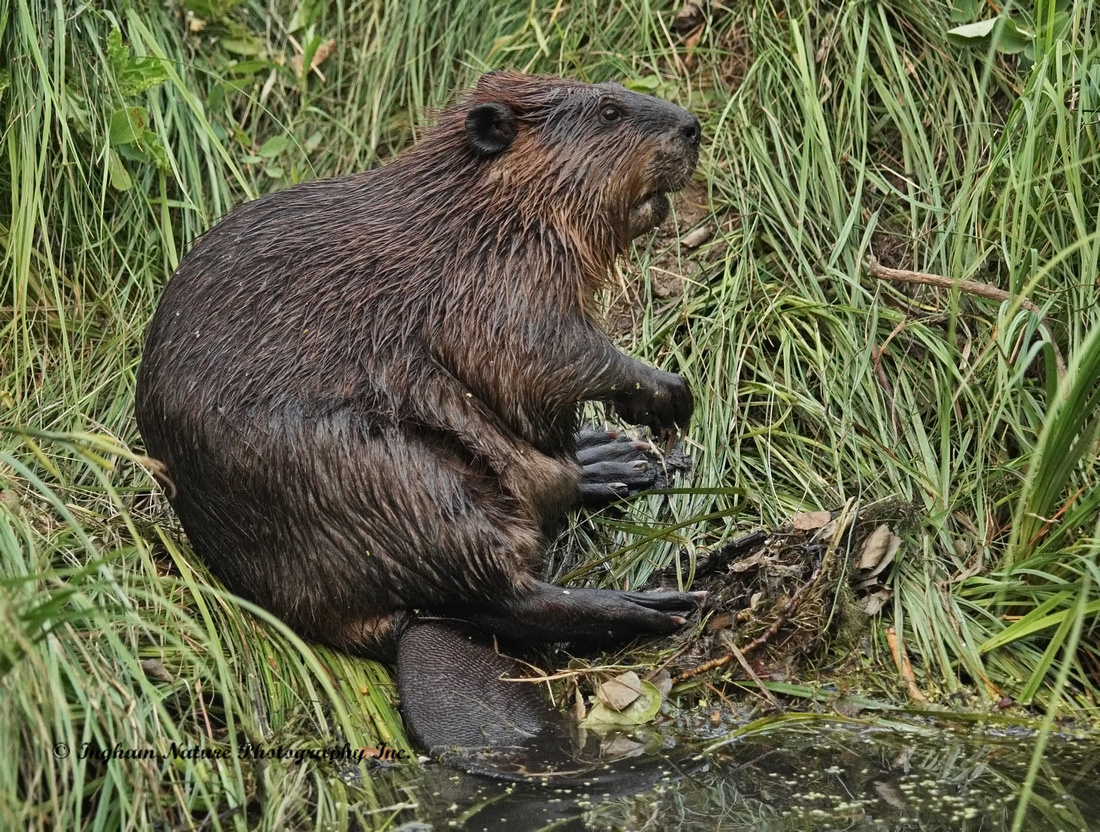 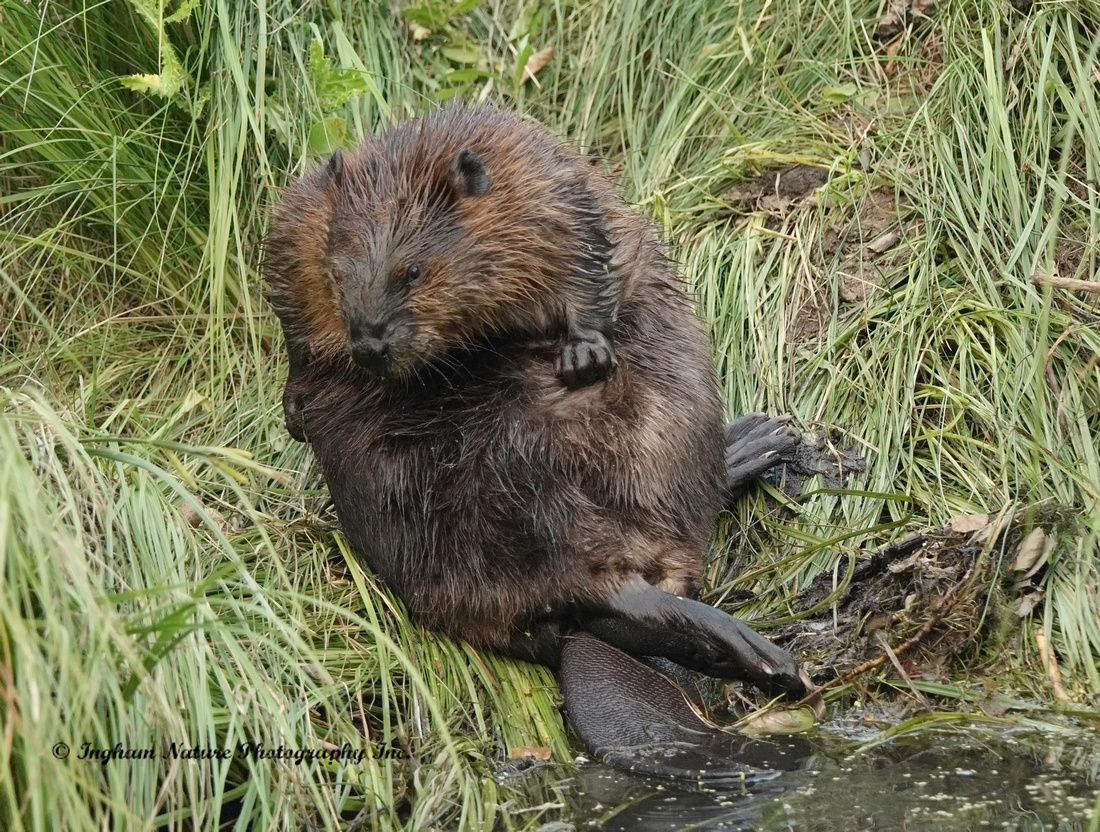