"SHOULD HAVE BROUGHT MY HARD HAT!" - Woodpeckers (Pileated)

"SHOULD HAVE BROUGHT MY HARD HAT"

Opportunity certainly came knocking when I exited the parking lot and started walking down the path into the park. I heard that distinct banging of a woodpecker hammering away at a tree.

A few steps in and there was a Pileated Woodpecker busily chipping away at an old stump, wood flying everywhere, some pieces quite large. And that "snow" in some of the photos isn't snow but wood chips/shavings as the woodpecker drilled away. Yes, I should have worn my construction hard hat as I was now in a Woodpecker demolition zone.

It definitely knew it hit the motherload because it kept making the hole deeper & deeper and finally that woodpecker tongue came out to scoop out its prize. (Photos #4 & #5 ) Because it was so intent on drilling, I had ample opportunity to take different shots of its activities.

And at one point, the woodpecker took time out to have a scratch from the tip of its head to its beak, something I've never had a chance to witness before. (Photos #6 & #7) Photo #6 could be entitled "The Thinker"! :)

After approximately 20 minutes, its mate appeared. The first one flew off, allowing its other half a chance to partake of any goodies in the newly created hole.

Then up onto a horizontal branch flew the second woodpecker and then it too headed for new horizons and fresh trees. 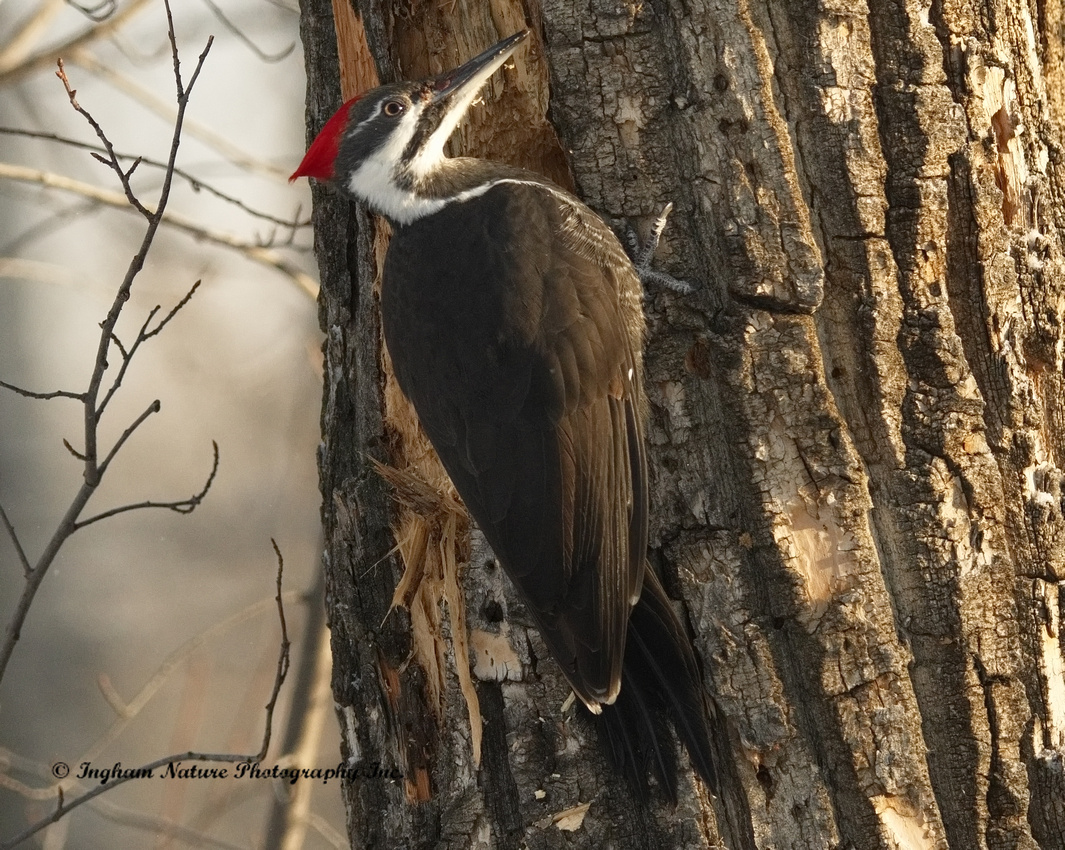 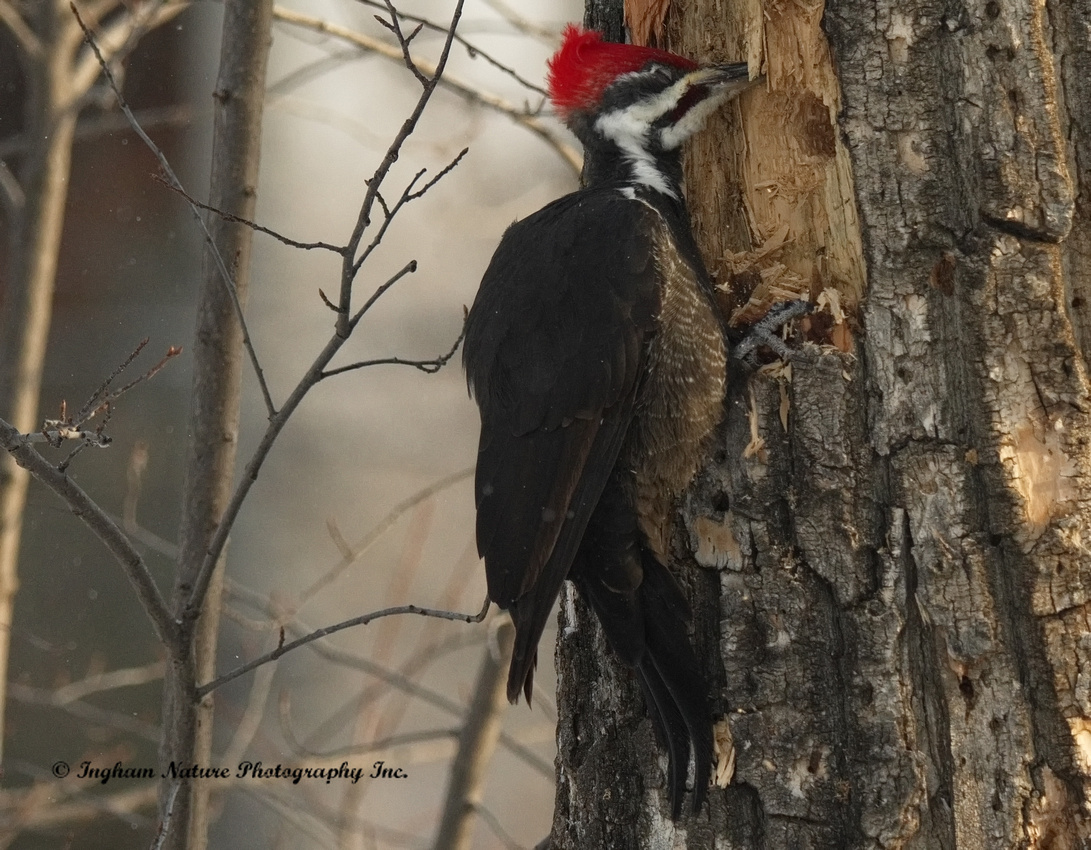 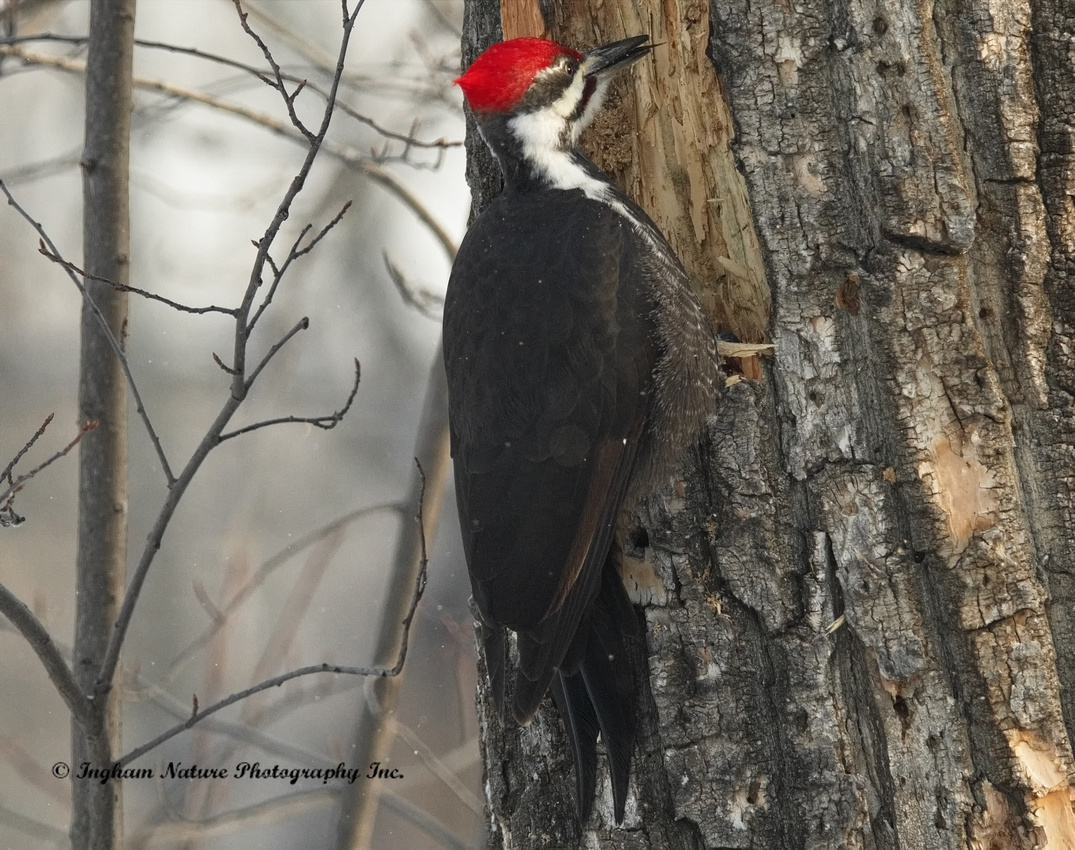 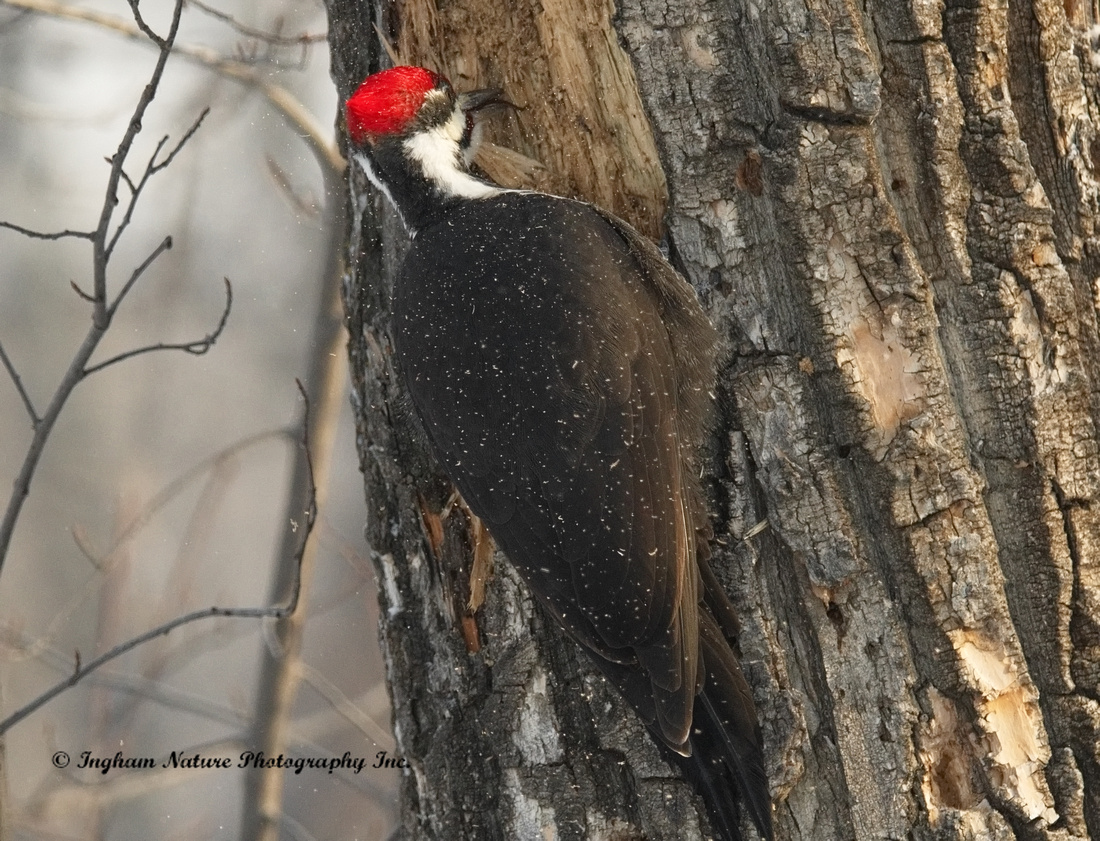 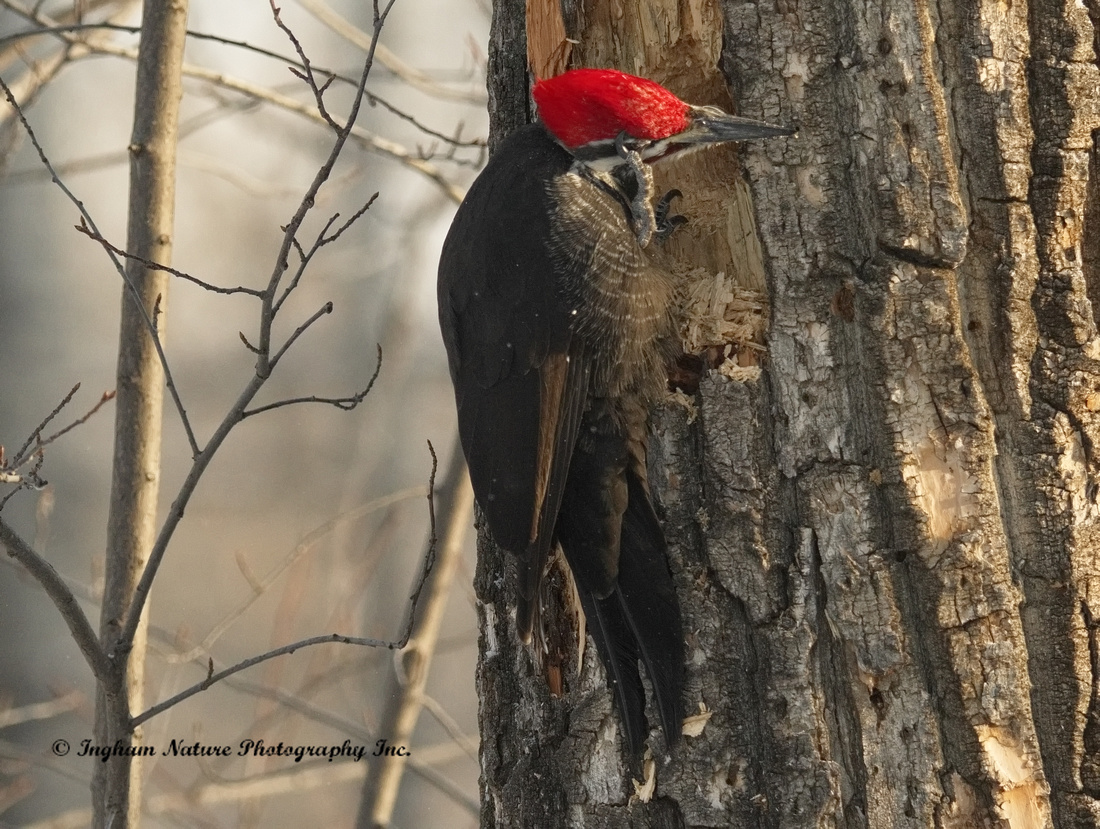 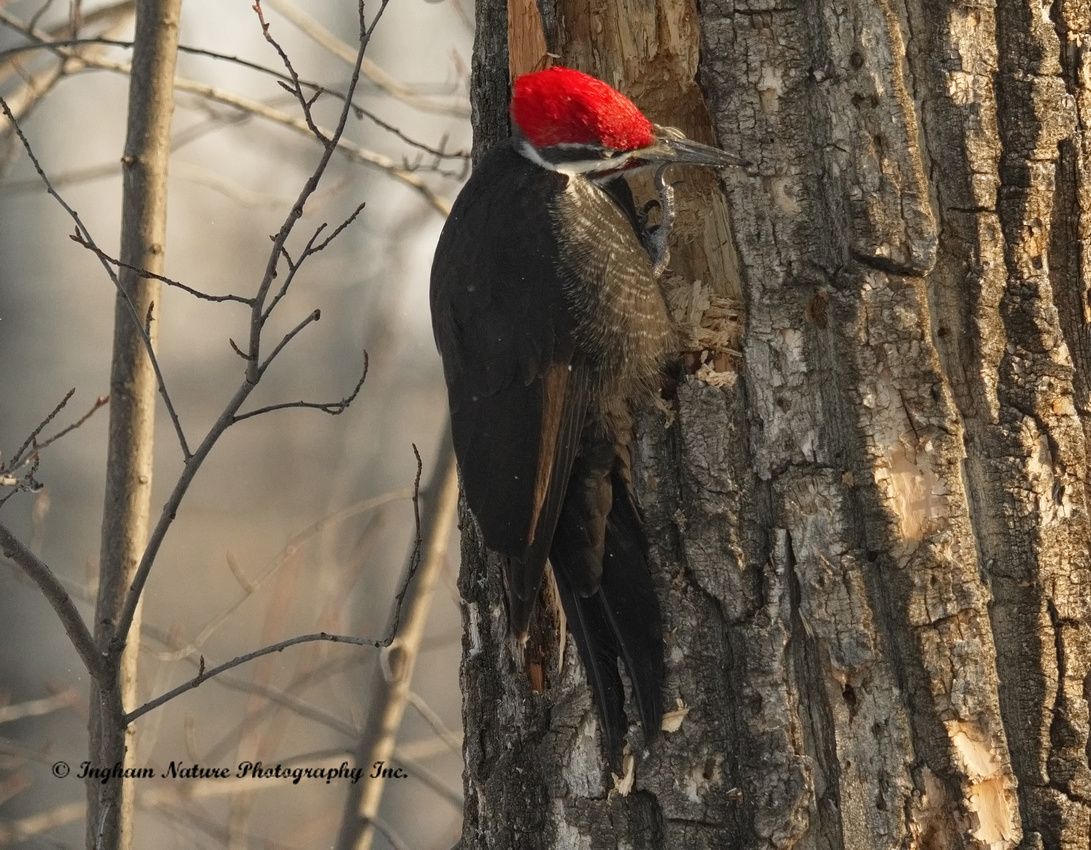 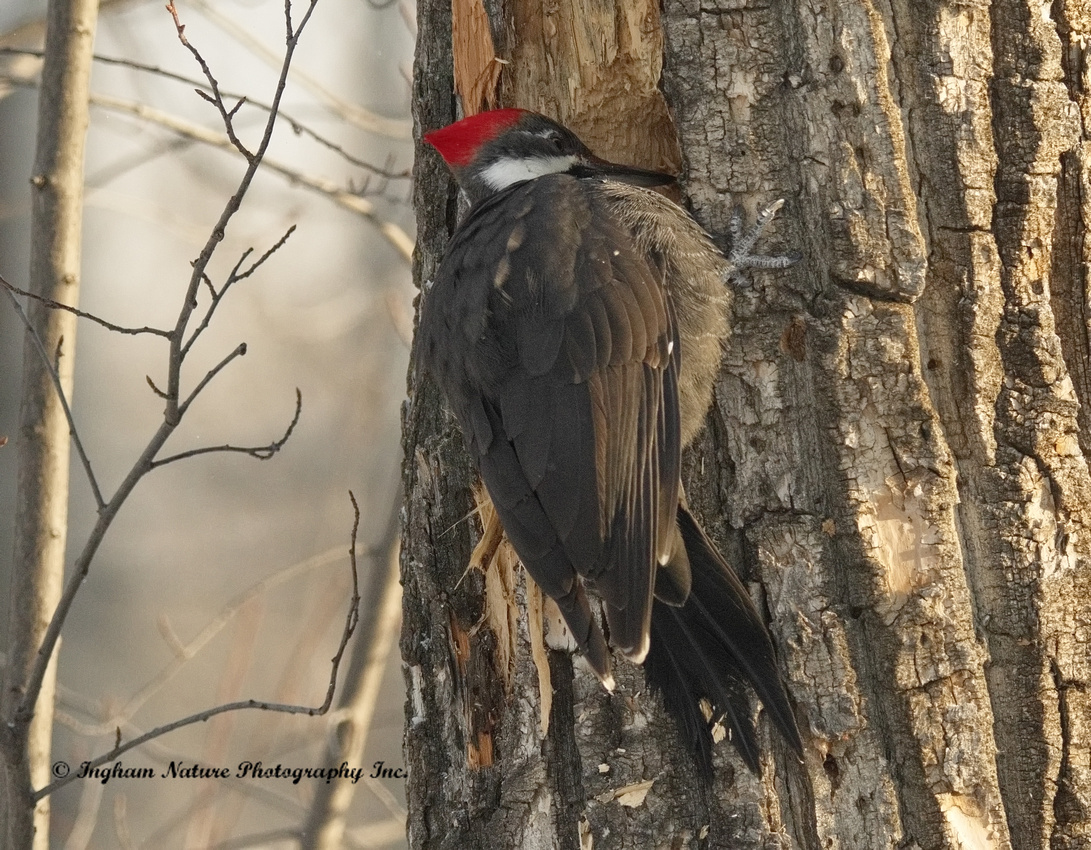 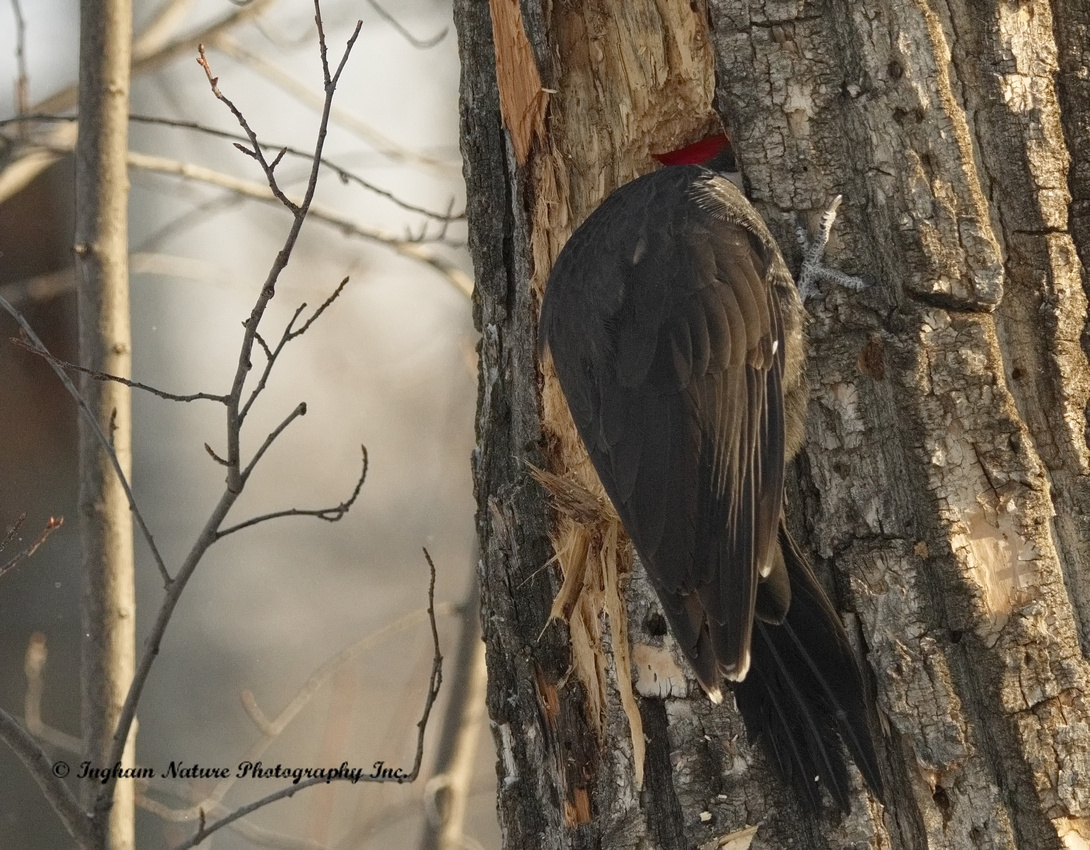 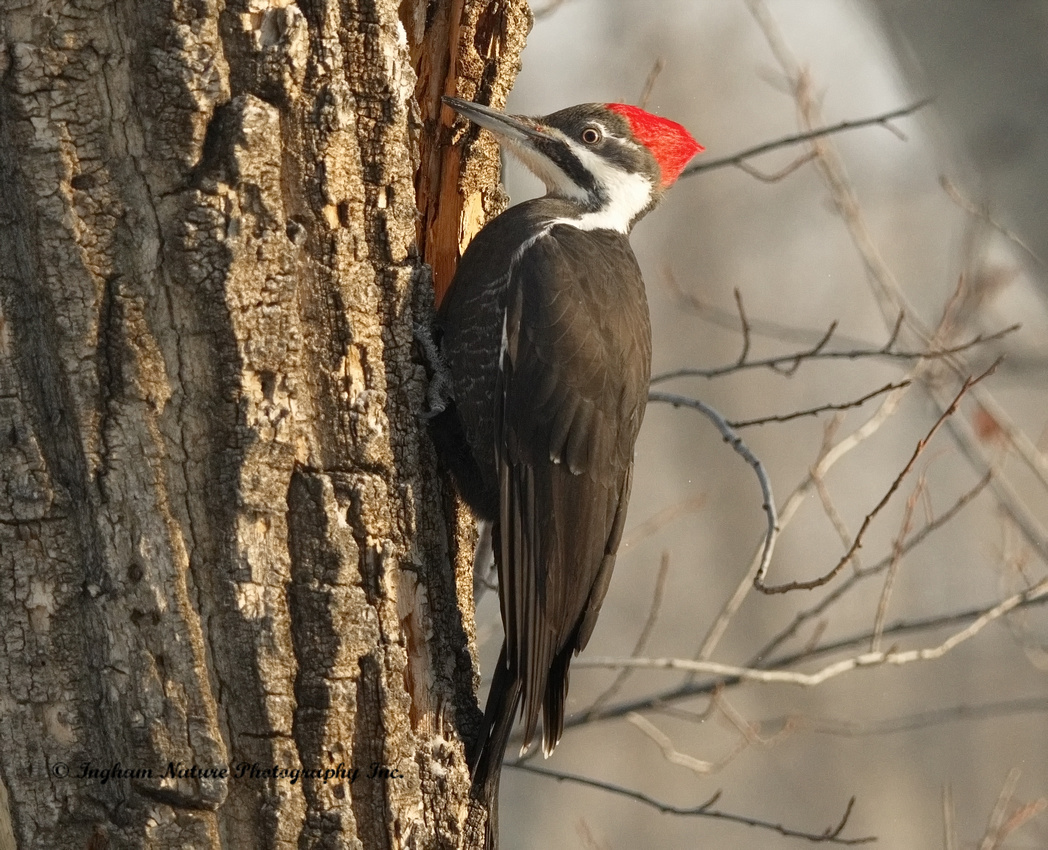