So only American Bald Eagles & crazy wildlife photographers venture out in snowy weather, with temperatures at -26 degrees C with wind chill at -35 degrees C.

But when you have to hunt to eat, there are no snow days (for eagles, that is).

At the time, I spotted the eagle, the snow had stopped and there was some sun behind the clouds, which gave a soft blue look to the sky. And those white spots, are ice crystals in the air.

The last photo is an area of in the Provincial Park that freezes each year and does not melt until late May due to its shady location. The freezing of the water into icicles demonstrates the chilliness of the air. 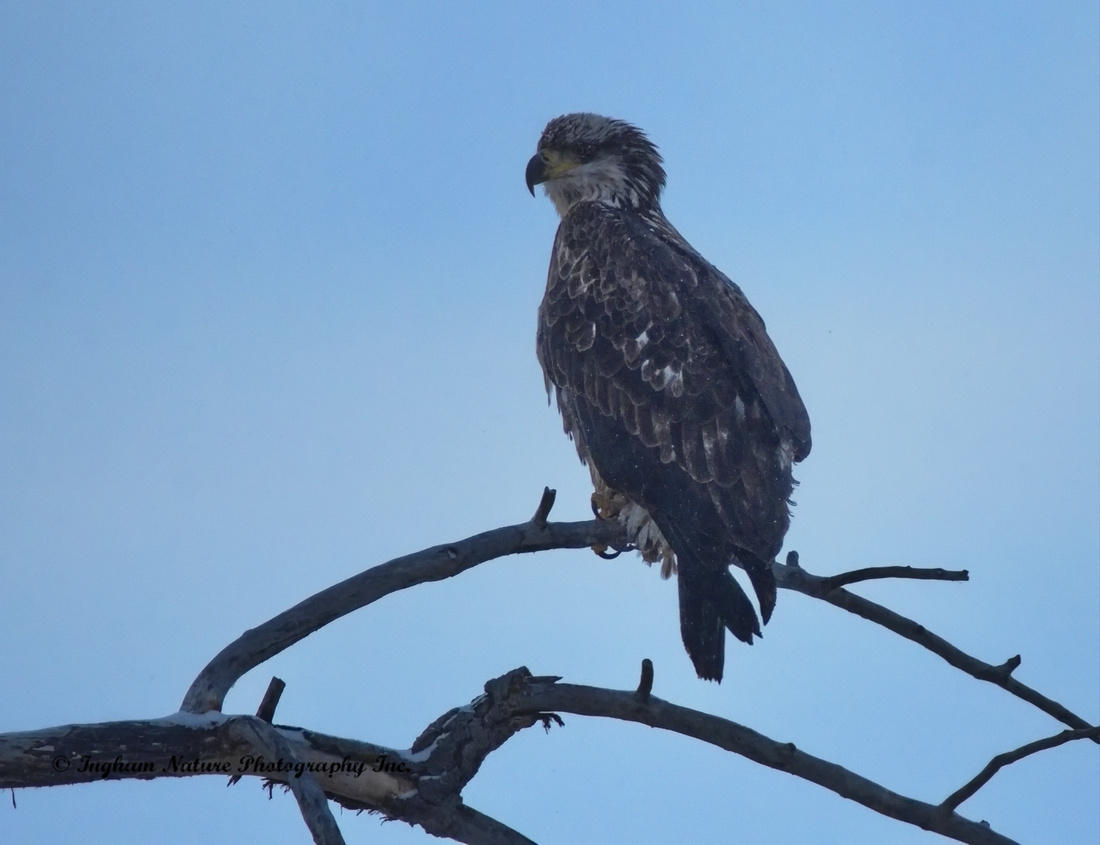 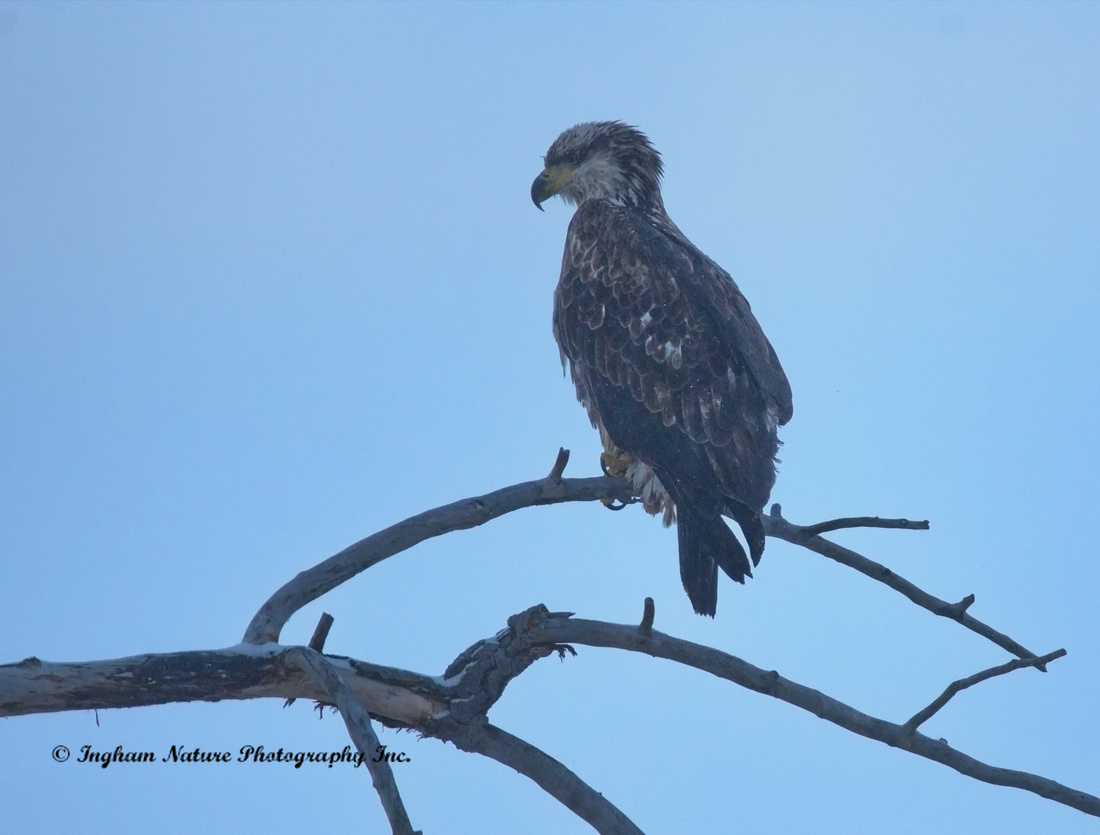 John Harper(non-registered)
Love the ice falls. Cold looking! :)
Urszula(non-registered)
Poor baby and poor photographer :) I was wondering whether you'll go to the park in this cold.
Great photo of this young eagle! Very beautiful image of the waterfall too. I have photos of icicles in May, it is a a cold spot.
No comments posted.
Loading...
Subscribe
RSS
Recent Posts
"LIFE IN THE MARSH " - Various "GET THEM BEFORE THEY'RE GONE" - Ibis (White-Faced) "SOMETHING IN THE WATER" - Black-Crowned Night Heron "IT'S ALL IN THE GENES" - Mink (North American) "NO TWO MINKS ARE ALIKE" - Mink (North American) "SPLASH WATER PARK" - Moose "REMEMBER TO BREATHE" - Grizzly Bear "THAT RASCALLY ROCK RABBIT" - American Pika "A DRIZZLY GRIZZLY DAY" - Grizzly Bear "ALL THAT GLITTERS IS NOT GOLD - ITS BETTER" - Dragonfly & Damselflies
Keywords
Archive
January February March April May June July August September October November December
© Ingham Nature Photography Inc.
Powered by ZENFOLIO User Agreement
Cancel
Continue