"THE SUN DOGS WERE BARKING IT WAS SO COLD!"

The last 10 days have been brutally cold in Southern Alberta, with air temperatures of - 29 degrees C and wind chills of -35 degrees C.

When temperatures are that cold, ice crystals appear in the air and produce "sun dogs". Usually vertical in orientation, they appear as rainbows in close proximity to the sun.

No unfortunately I don't have any stellar shots of sun dogs, but I managed to capture two animals who braved the frigid temperatures.

First is a beaver, who appeared from downstream of the Bow River, Calgary and it is one huge beaver, even by "Castor" standards. He (had to be male being that size) came swimming along the shoreline (Photo #1), then dived. He appeared moments later (Photo #2) with his prize from the river bed. He then dived once more and disappeared. I never did see him resurface.

Now beaver, sir, if you could please remove the tree you have taken down on the west shore of the river, which is blocking the walking path, it would be much appreciated. You might consider having the "night shift" take charge! :)

And you know it's cold, when Bald Eagles tuck their heads into the feathers to take some relief from the cold wintery wind (Photo #3). Photo #4 demonstrates the icy build-up around its eyes, as the eagle surveyed the shoreline below looking for a frozen duck dinner. 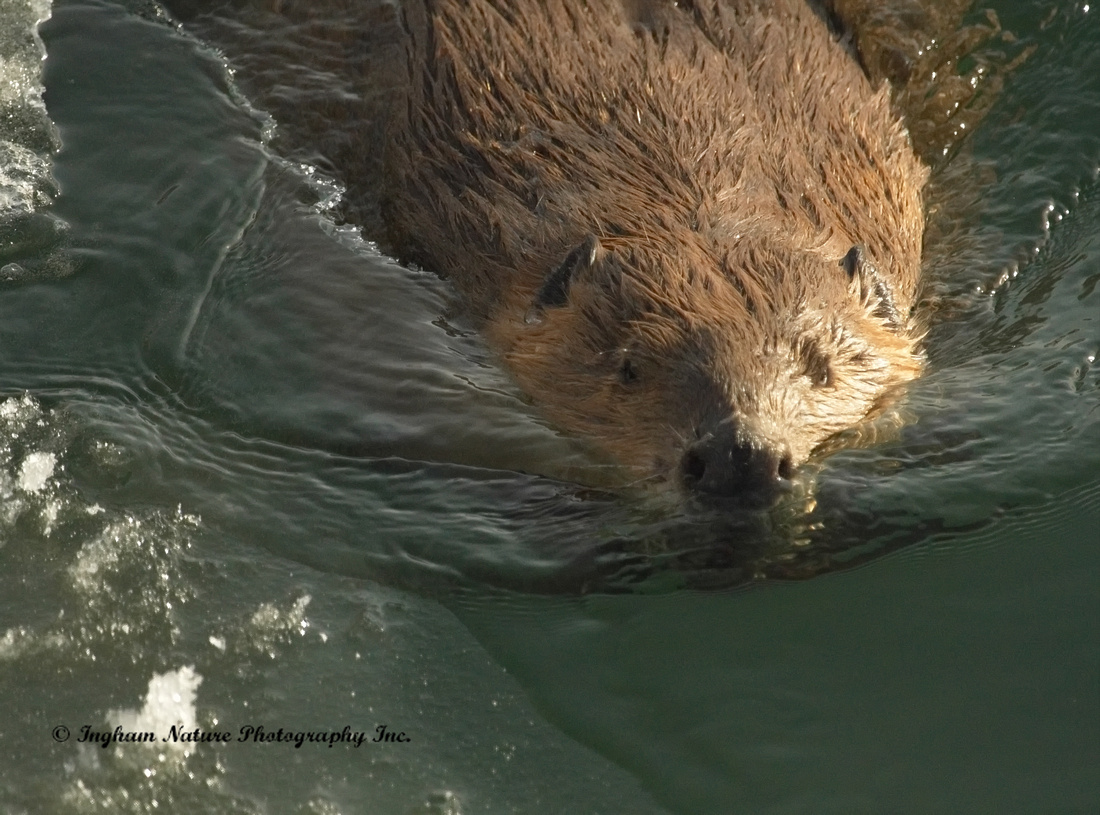 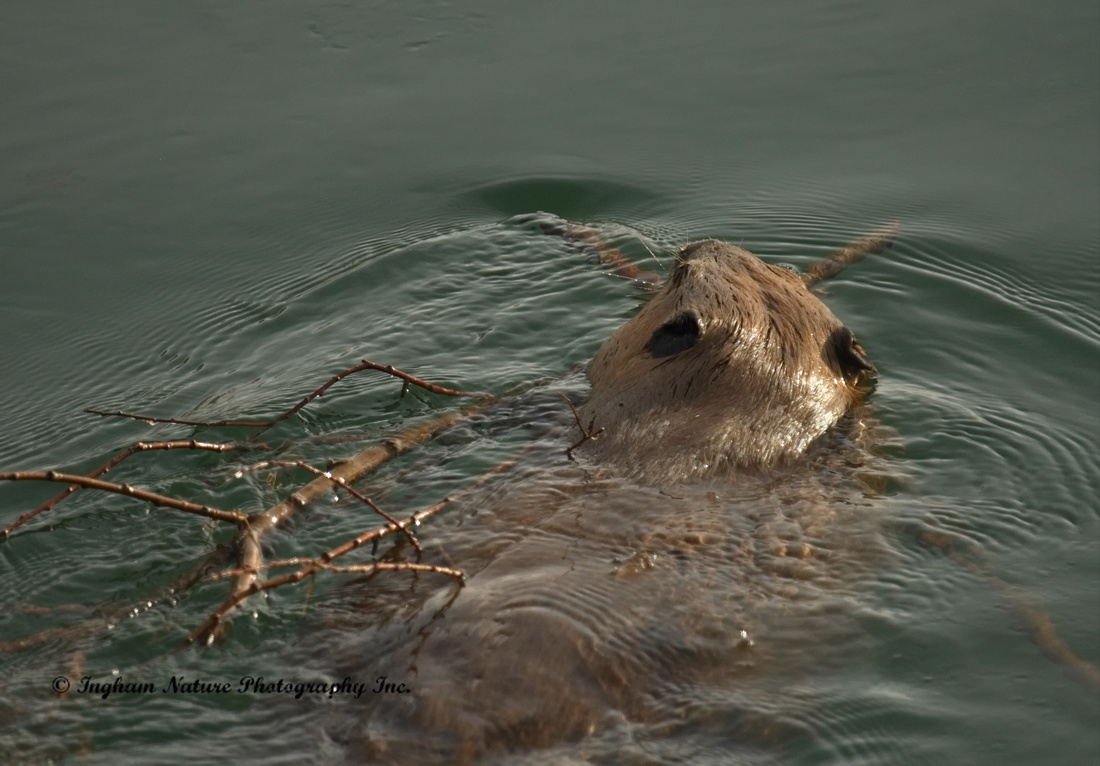 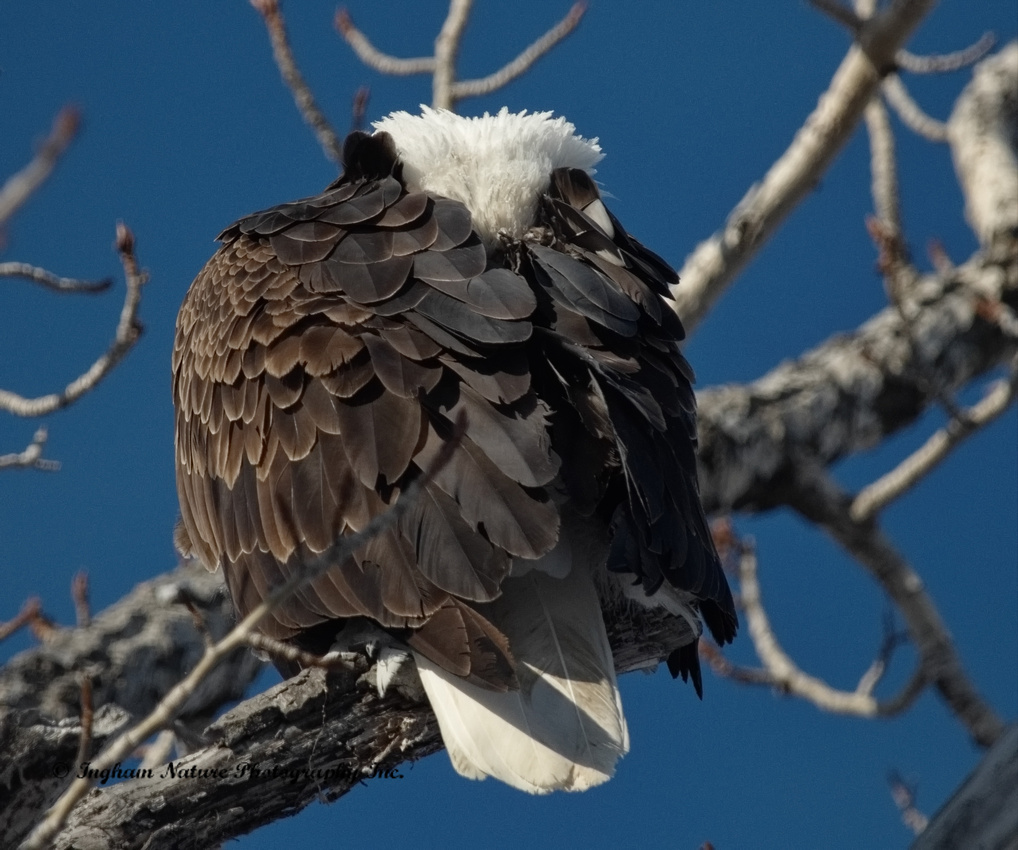 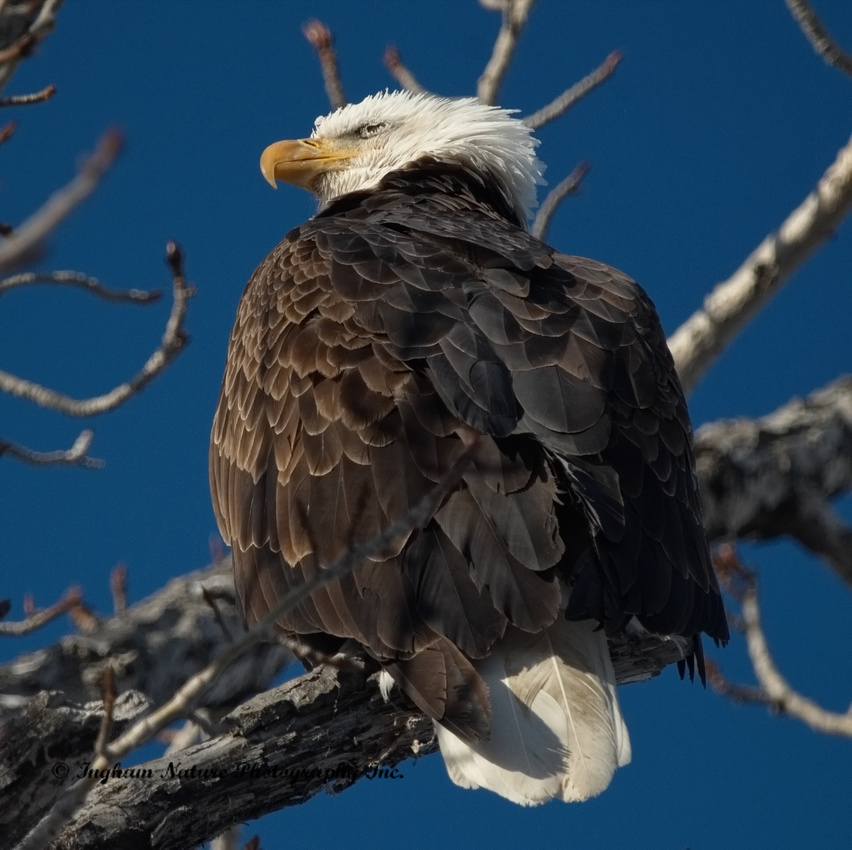