"LOVE IS IN THE AIR" - White Tailed Deer (Male)

"LOVE IS IN THE AIR"

These photos are of three different handsome bucks taken over the past few weeks. All were in pursuit of does in the near vicinities and those does were definitely playing hard to get. "If you want to get amorous, you're going to have to work for it."

Particularly, in Photo #3, you can see the flaring nostrils as the male was catching the female's scent.

In Photo #5, Photo #6 and Photo 7 (taken on a very overcast & wet afternoon), the buck was a little more defensive of his potential "paramour" and as he was close to the walking path, I ensured that as I left I made a wide berth around his area and left him calm, cool and collected. Even so, I was more nervous trying to walk out with that particular buck in the area than I was with the very calm (and not so amorous) moose I encountered in the park this year.

Being that it is now a few weeks on, I'm sure all the "hook-ups" are complete and we can look forward to a new bunch of darling fawns in May/June next year! 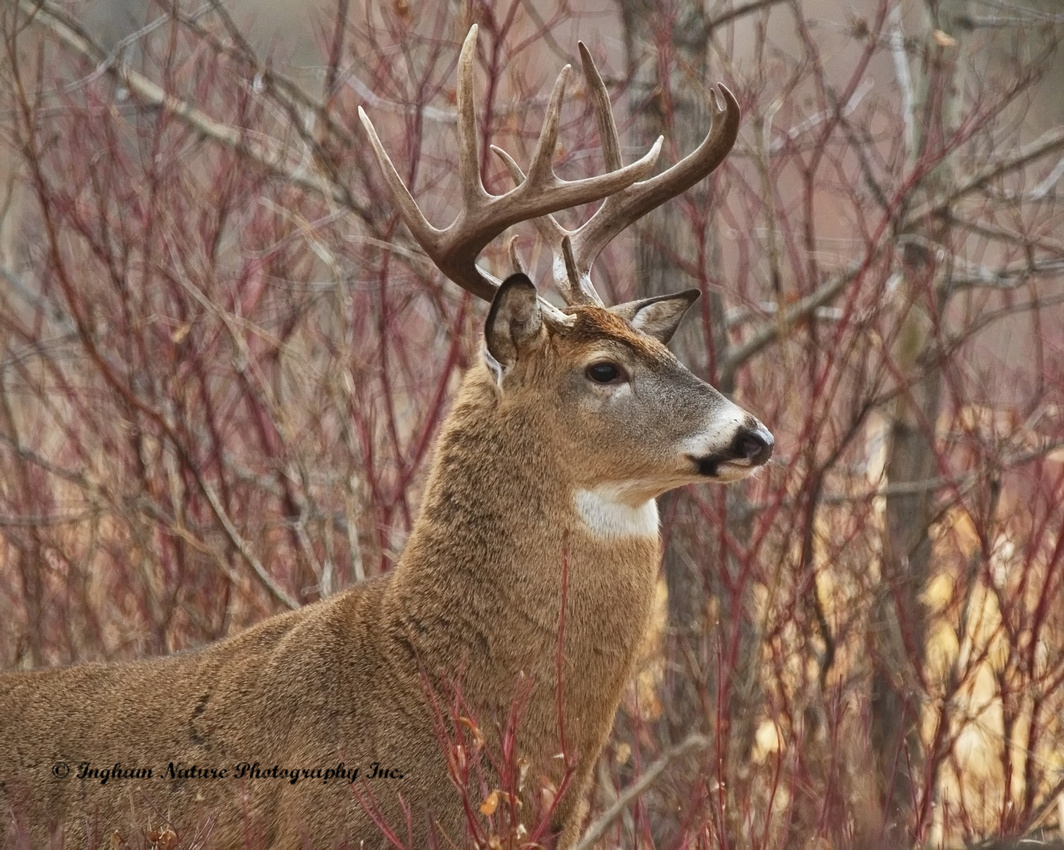 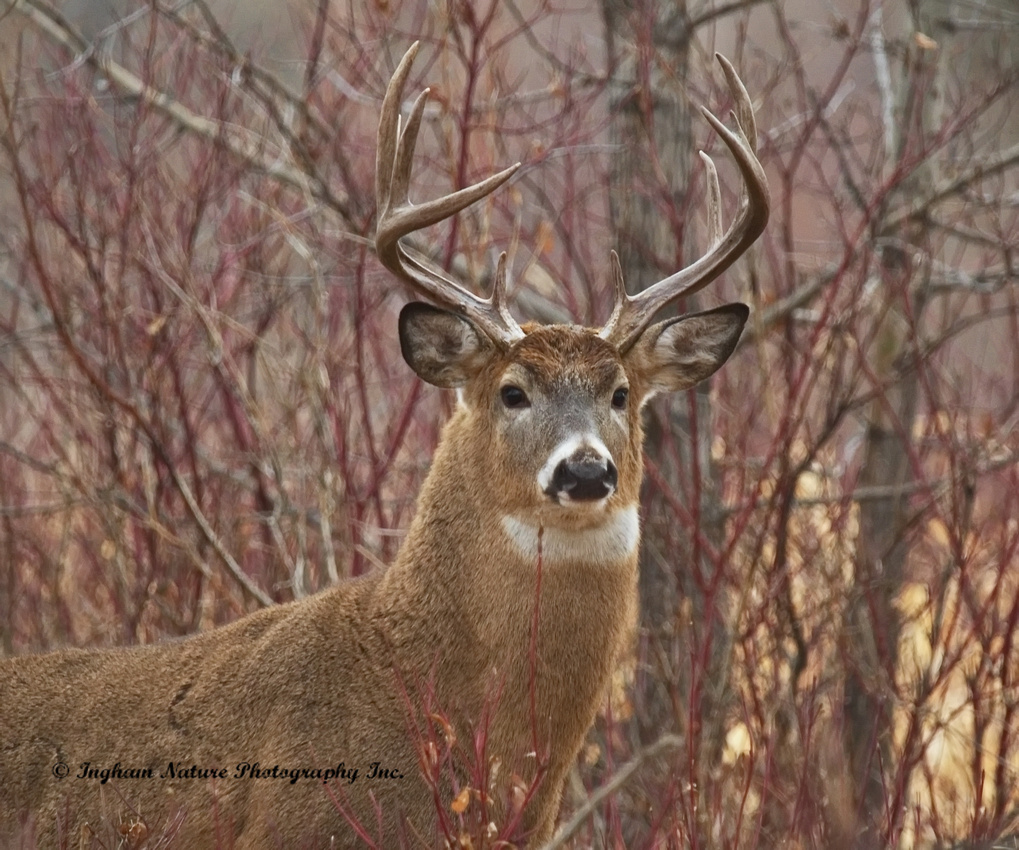 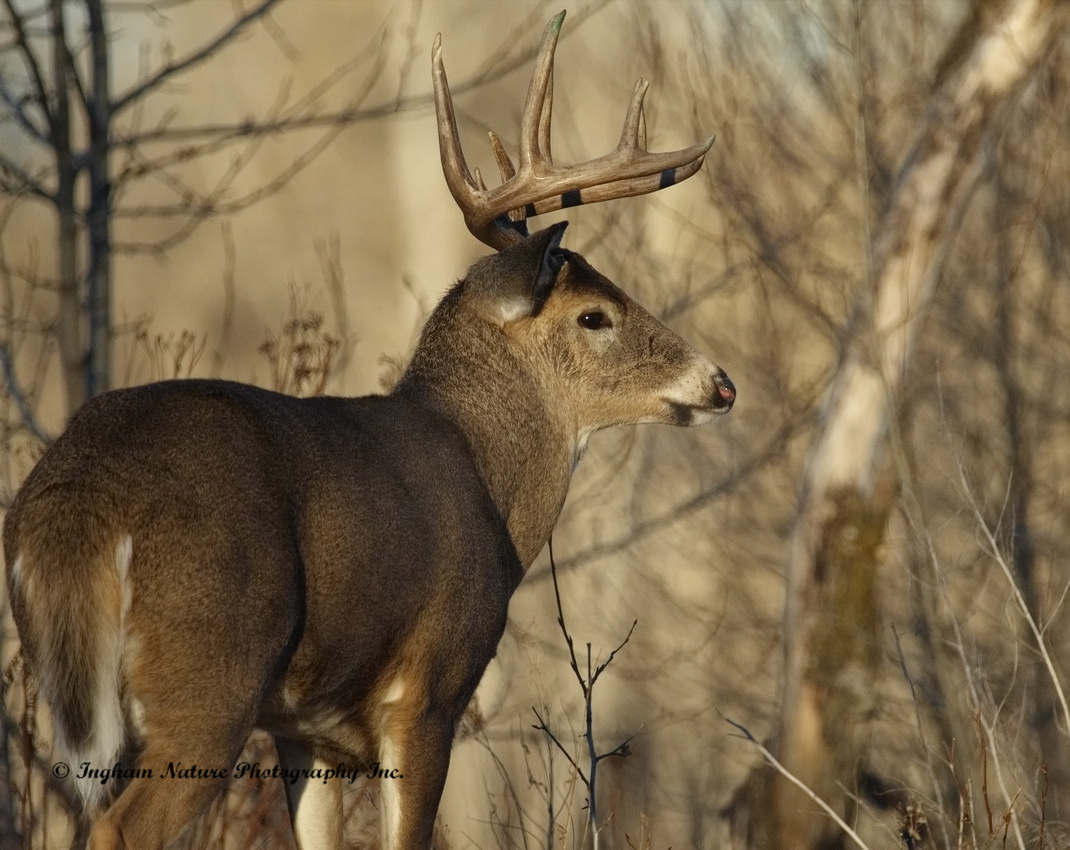 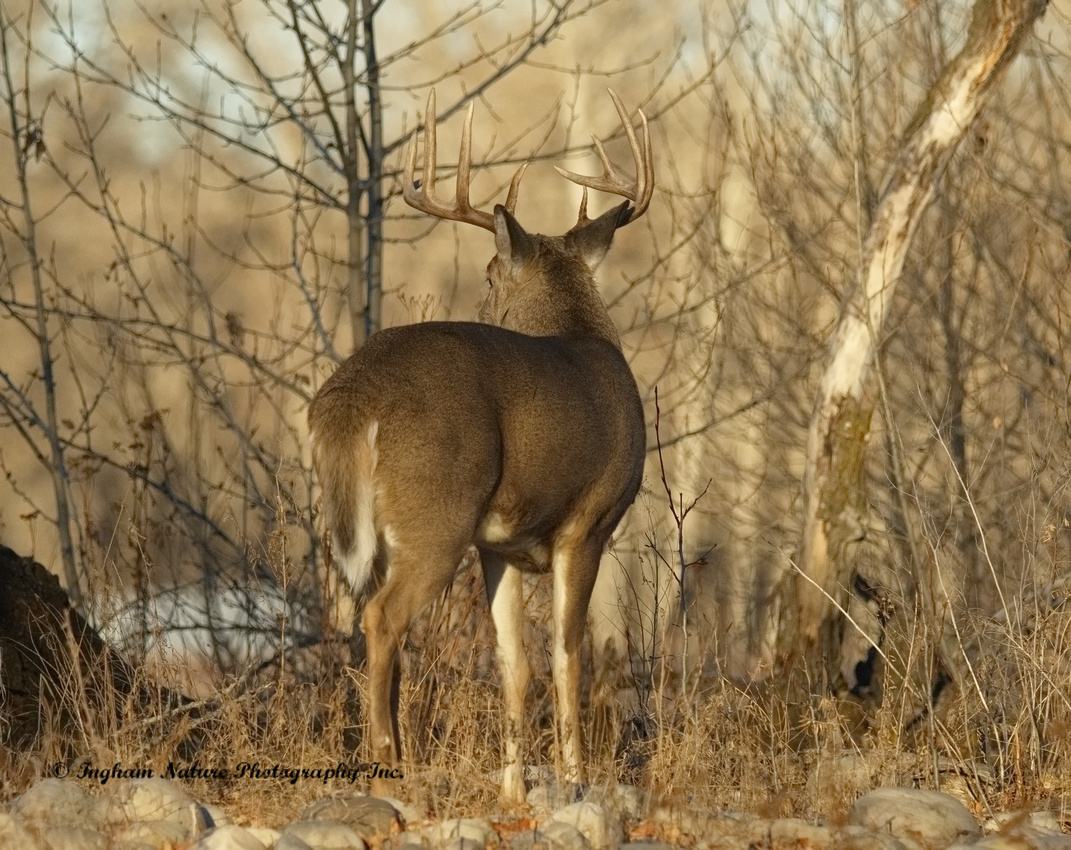 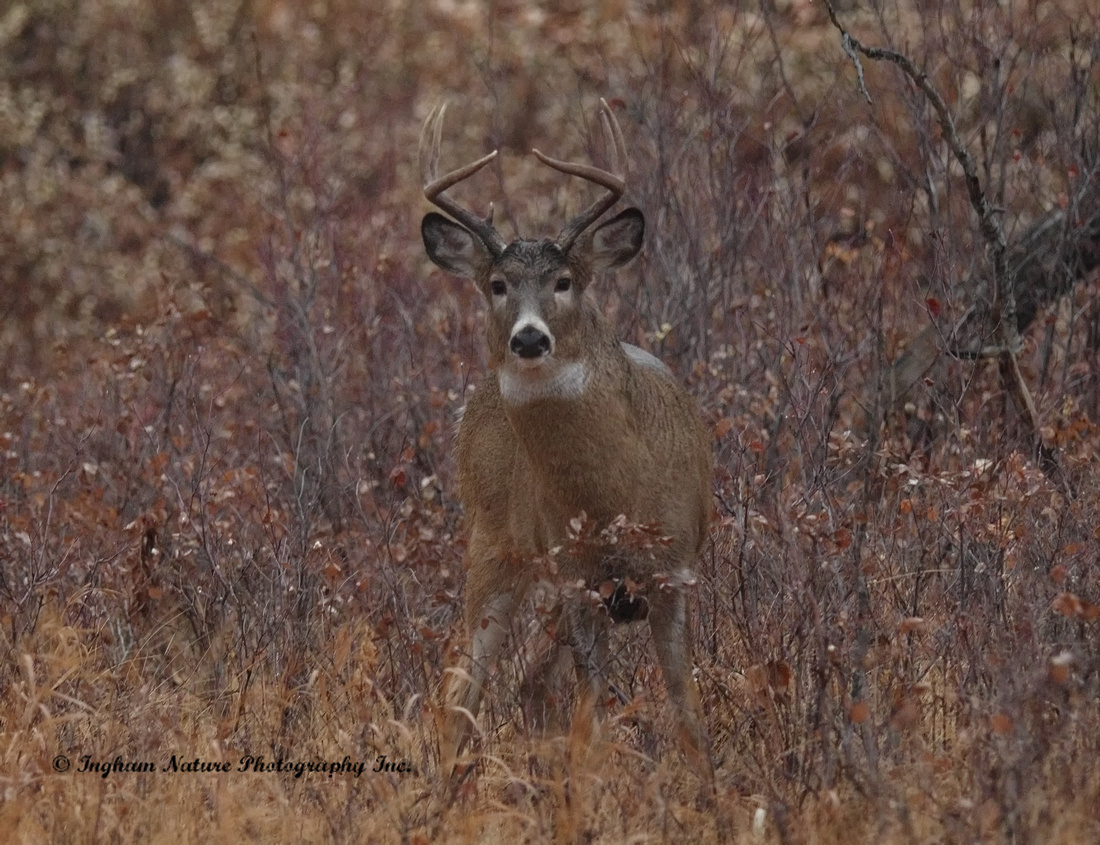 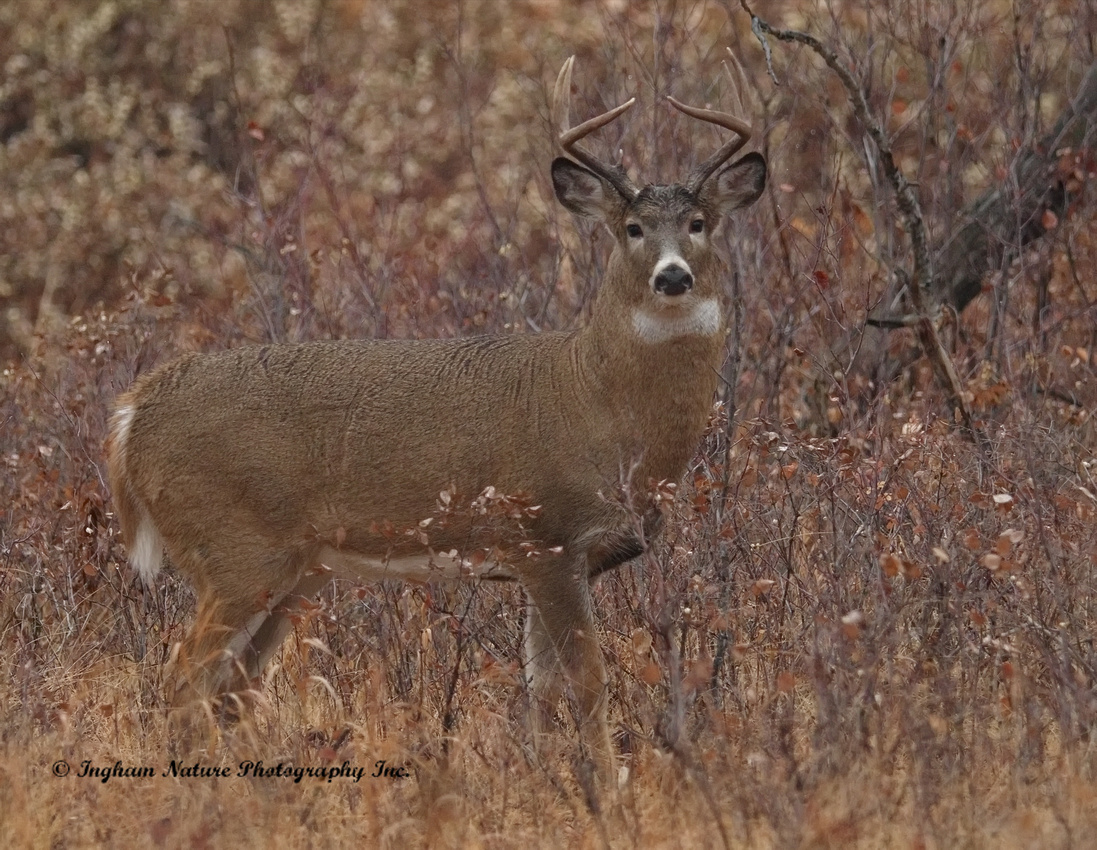 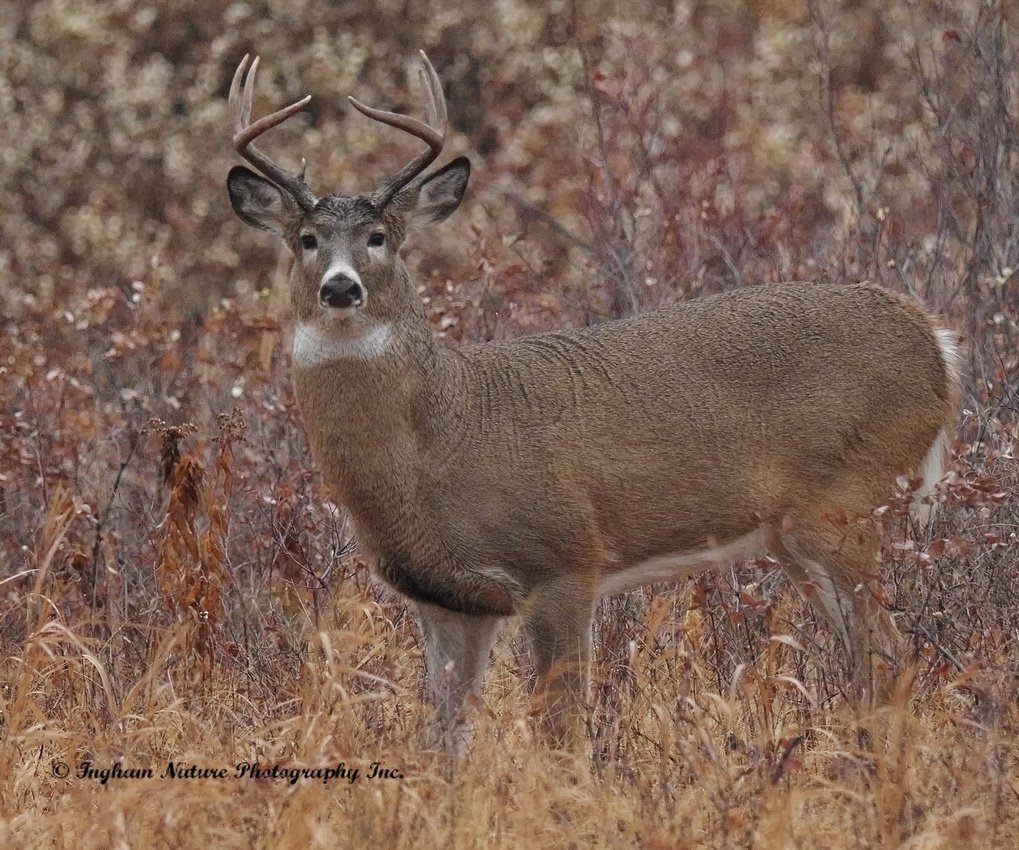 John harper(non-registered)
Great series again. Its neat to see the variety in antlers. Beautiful images!
Urszula(non-registered)
Well done, the buck looks beautiful on the background of autumn bushes. The one on the first photos is magnificent.
I didn't know they mate in the autumn. I remember elks being aggressive in Banff area in late spring and early summer...
Thanks for the interesting info.
No comments posted.
Loading...
Subscribe
RSS
Recent Posts
"LIFE IN THE MARSH " - Various "GET THEM BEFORE THEY'RE GONE" - Ibis (White-Faced) "SOMETHING IN THE WATER" - Black-Crowned Night Heron "IT'S ALL IN THE GENES" - Mink (North American) "NO TWO MINKS ARE ALIKE" - Mink (North American) "SPLASH WATER PARK" - Moose "REMEMBER TO BREATHE" - Grizzly Bear "THAT RASCALLY ROCK RABBIT" - American Pika "A DRIZZLY GRIZZLY DAY" - Grizzly Bear "ALL THAT GLITTERS IS NOT GOLD - ITS BETTER" - Dragonfly & Damselflies
Keywords
Archive
January February March April May June July August September October November December
© Ingham Nature Photography Inc.
Powered by ZENFOLIO User Agreement
Cancel
Continue