"THERE'S STILL SOME GROWING TO DO" - Weasel (Long Tailed)

"THERE'S STILL SOME GROWING TO DO"

I sometimes wish I had the reflexes and speed of a weasel, in order to capture the weasel's movements. And add to that some tricky lighting conditions.

I spotted the tell tale (pardon the pun) sign of the weasel's lion cub like tail disappearing along a log, as I stepped off a path to let some people go by.

I thought I had lost it when I saw one magpie fly over to a downed tree stump, followed by another. They both were on a low branch, looking directly down. "No, it can't be," I thought when out came the weasel and disappeared again.

Well thanks to my two informants who flew to a second downed log, I found the little mustelid. Had a number of photos without heads which is where the wish comes from but here is one cute weasel. Because of those big ears, I believe it was born this Spring. And as a side note, a friend had taken a photo of another Long Tailed Weasel a few days ago and it was in the transition stage, not quite yet white. So perhaps, the youngsters take a little longer into metamorphosing to their pure white winter coats. 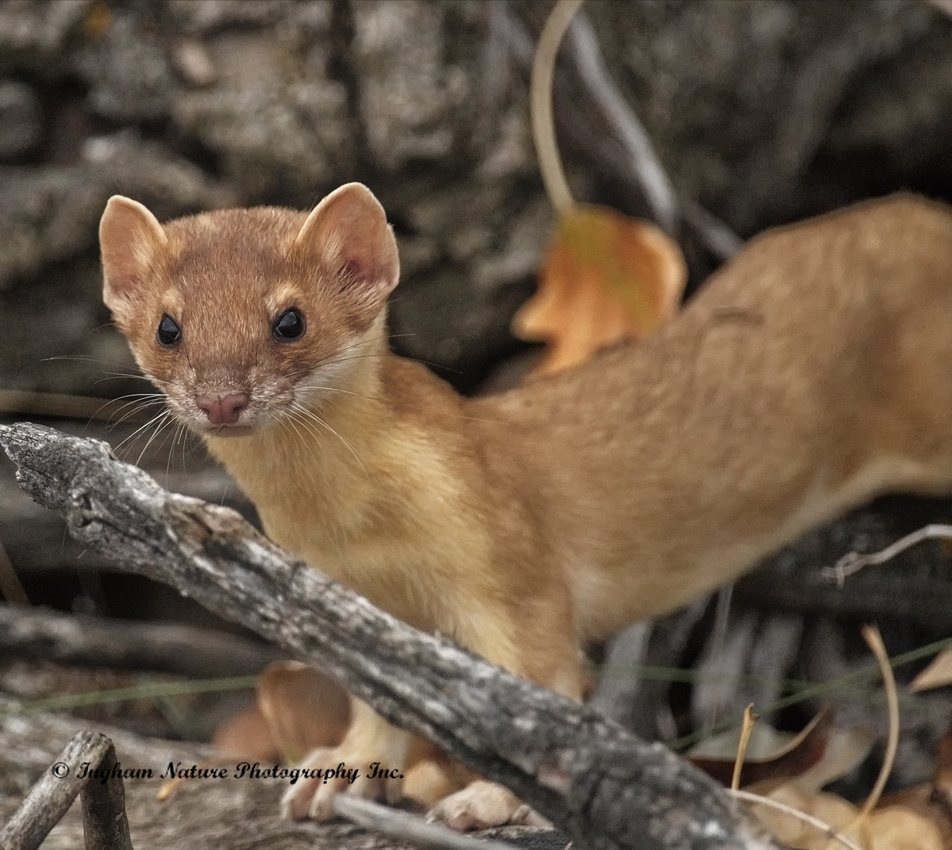 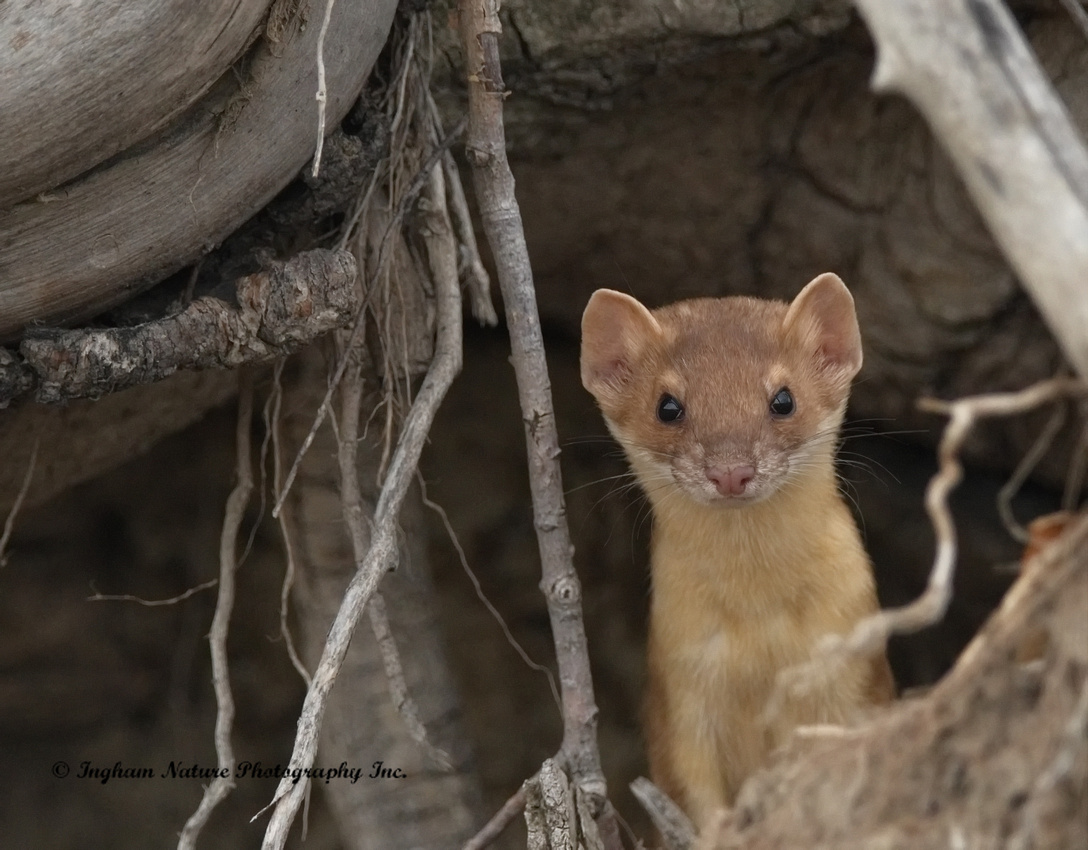 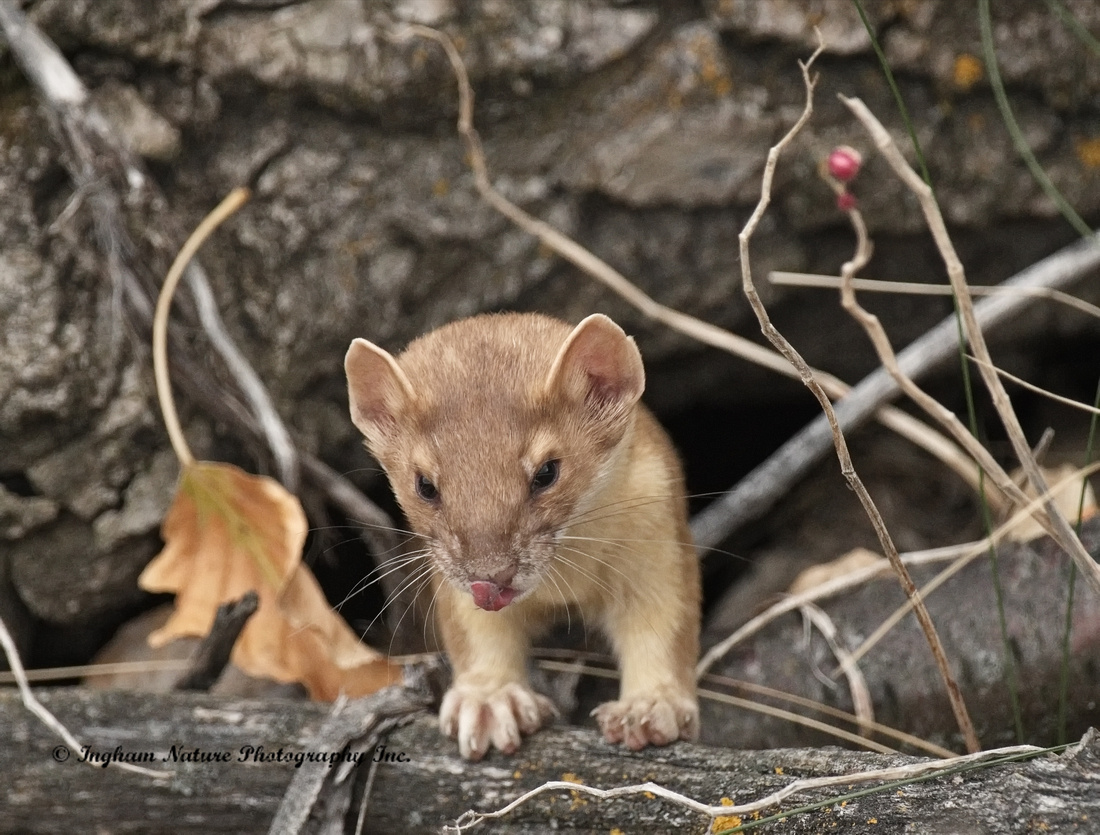 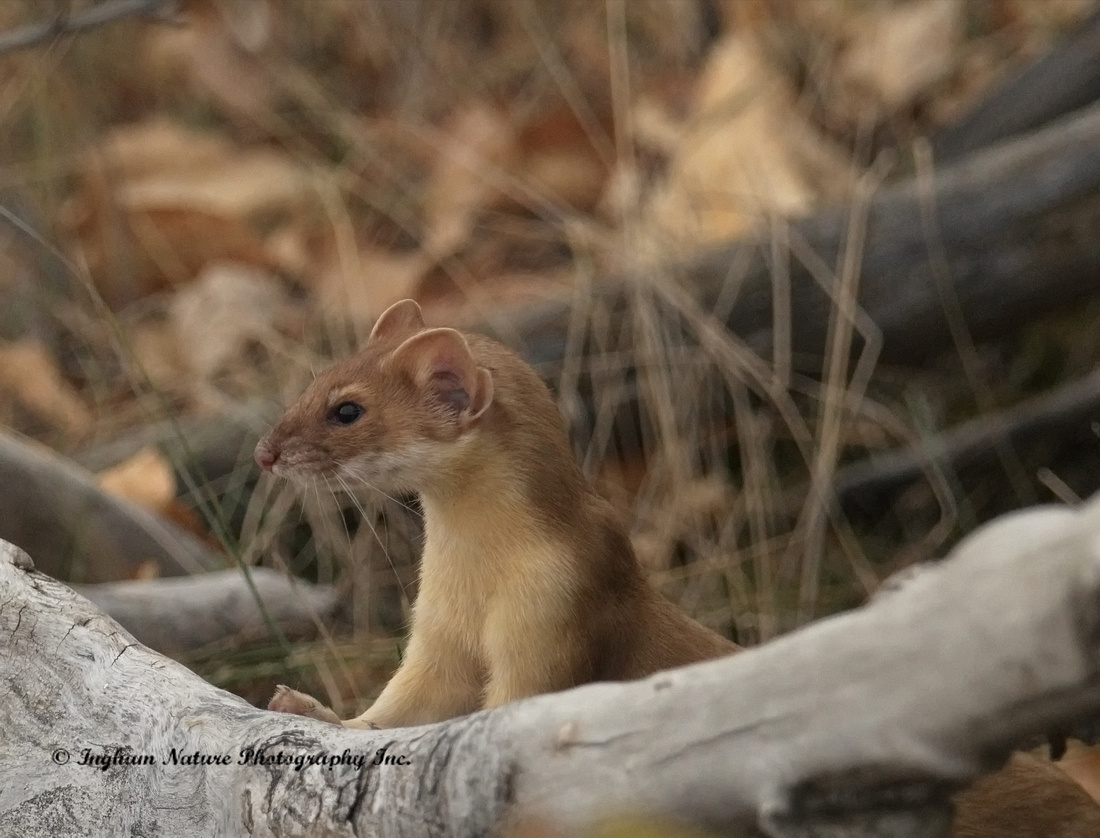 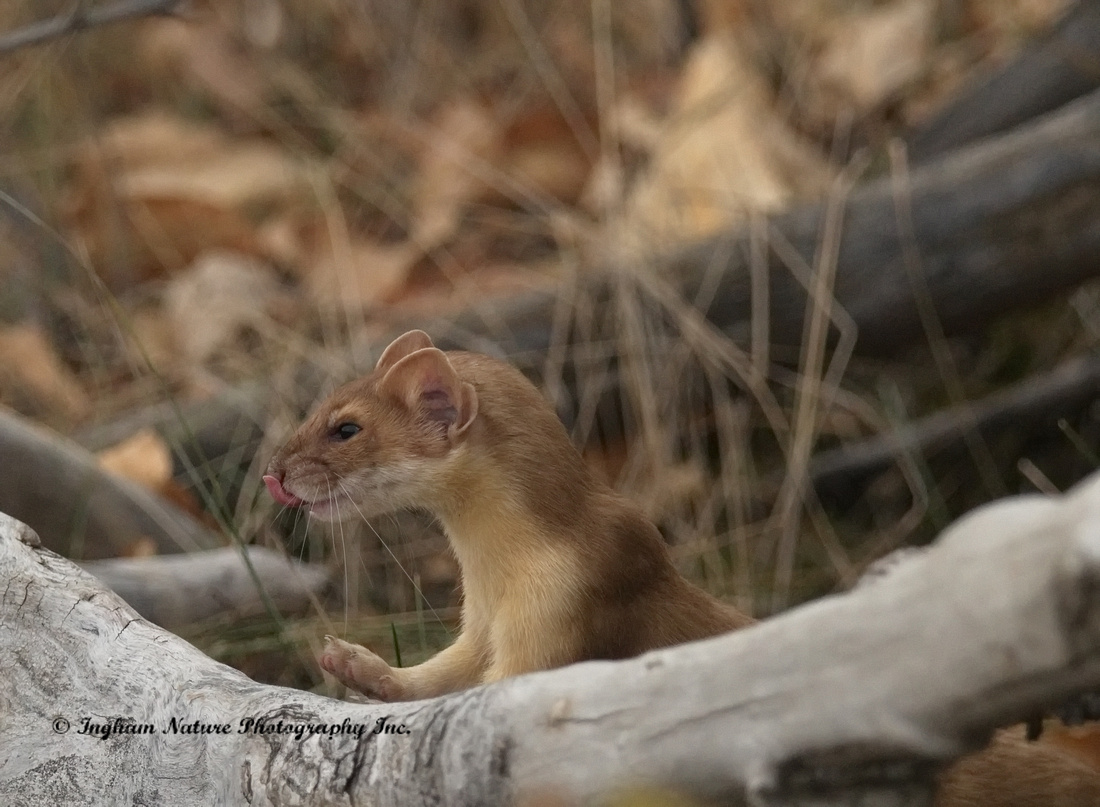