So it appears the start of "Porcupine Tree Viewing" season may have begun. That time of the year when mating takes place and porcupines look for some warming up time out of their dens and into the trees.

This is "Little Bo P" born this past Spring. He has grown somewhat but he is still as cute as a button (well, I think so!). He spent the day in his favourite tree sunbathing and snoozing. Most of the time, he had his little porcupine face hidden behind a tree branch but a few times he did turn around to check out the world and tend to some scratching.

I can't blame him for not wanting "to get out of bed". We probably all know that warm cuddly feeling of sleeping in and that "just another five minutes" scenario. :) 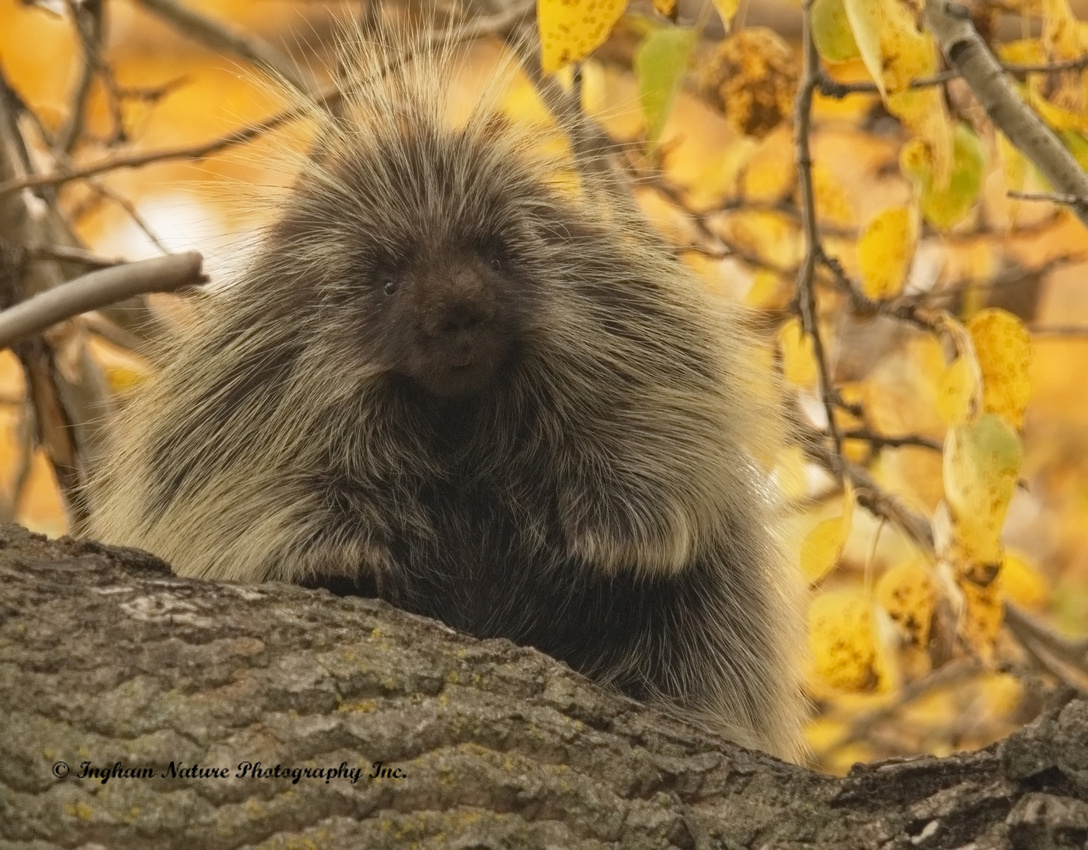 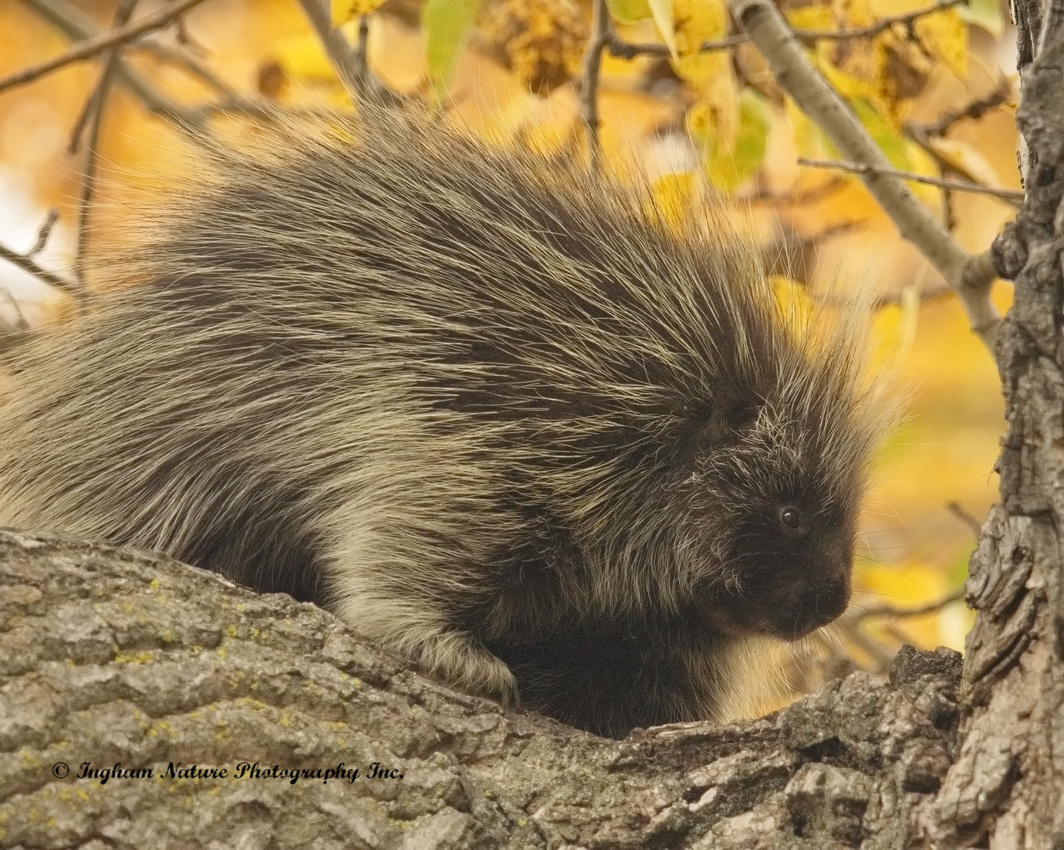 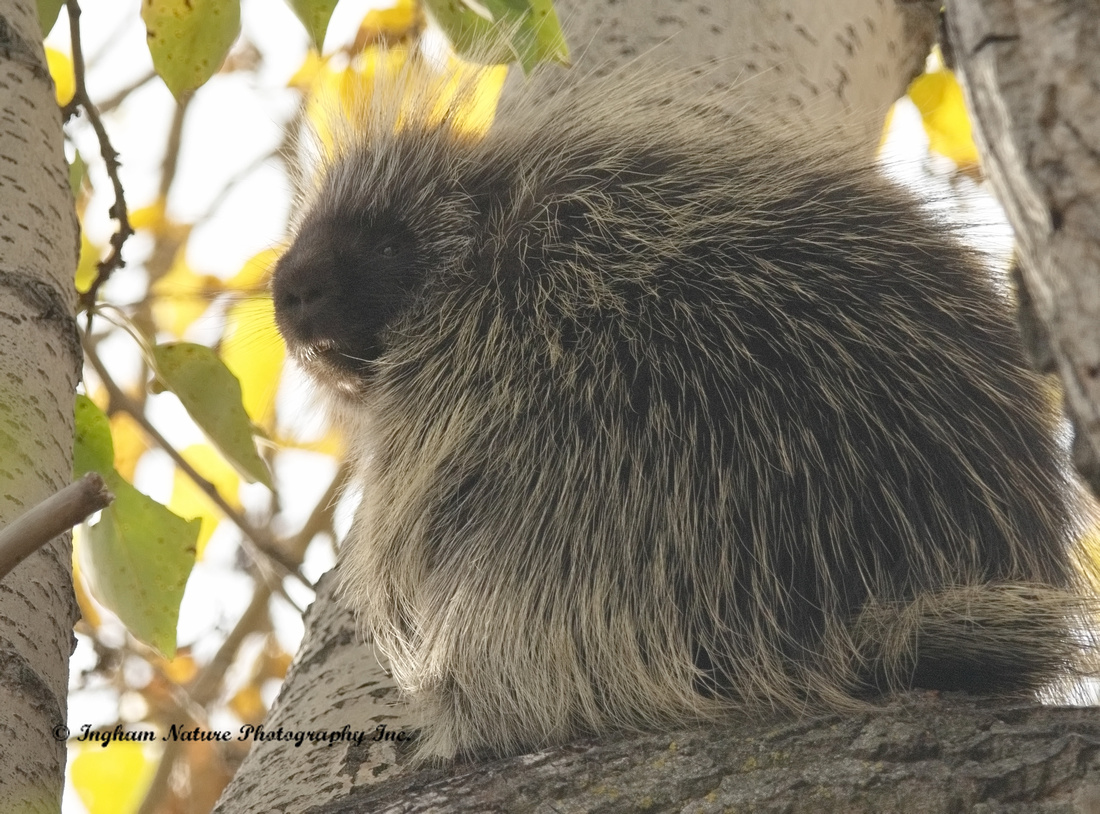 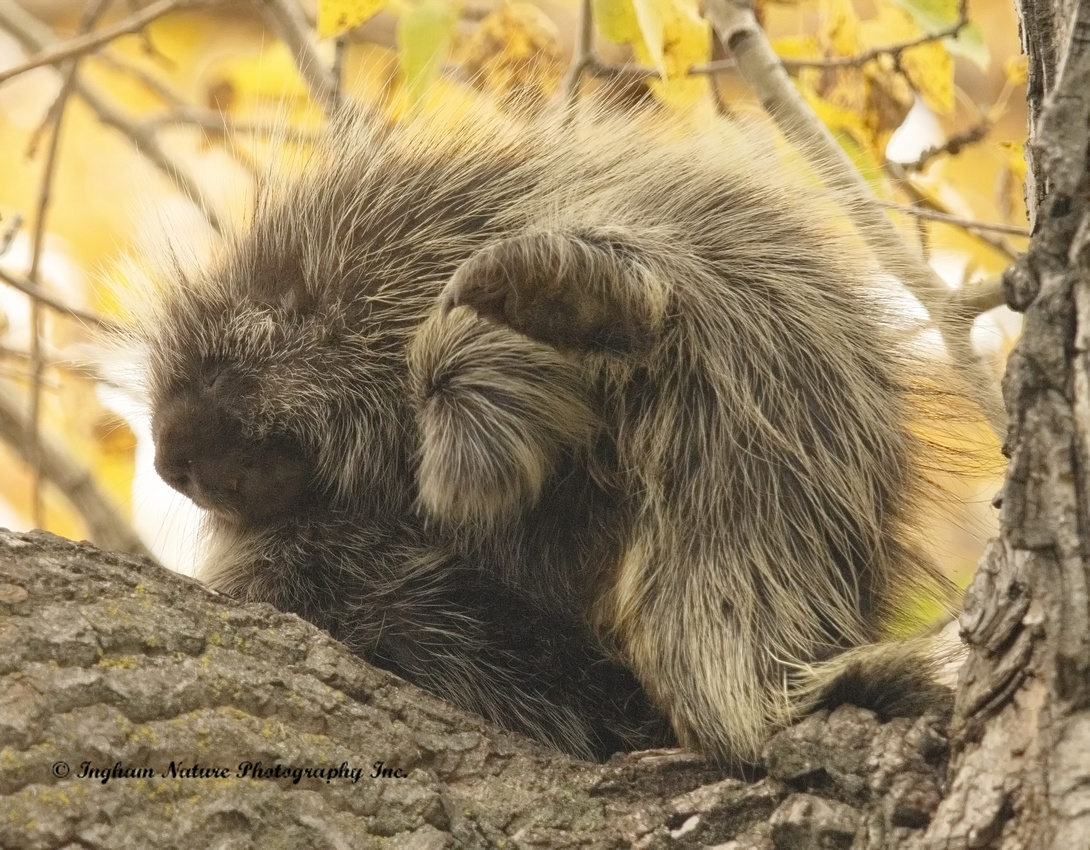 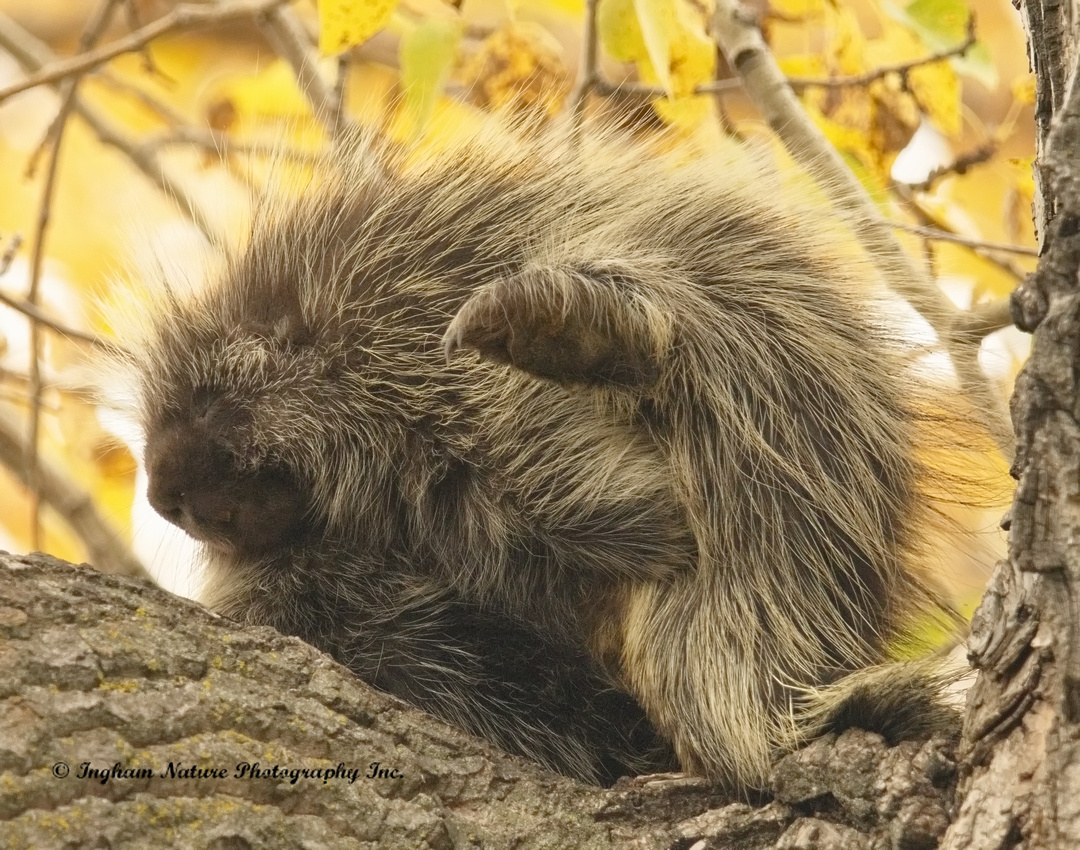 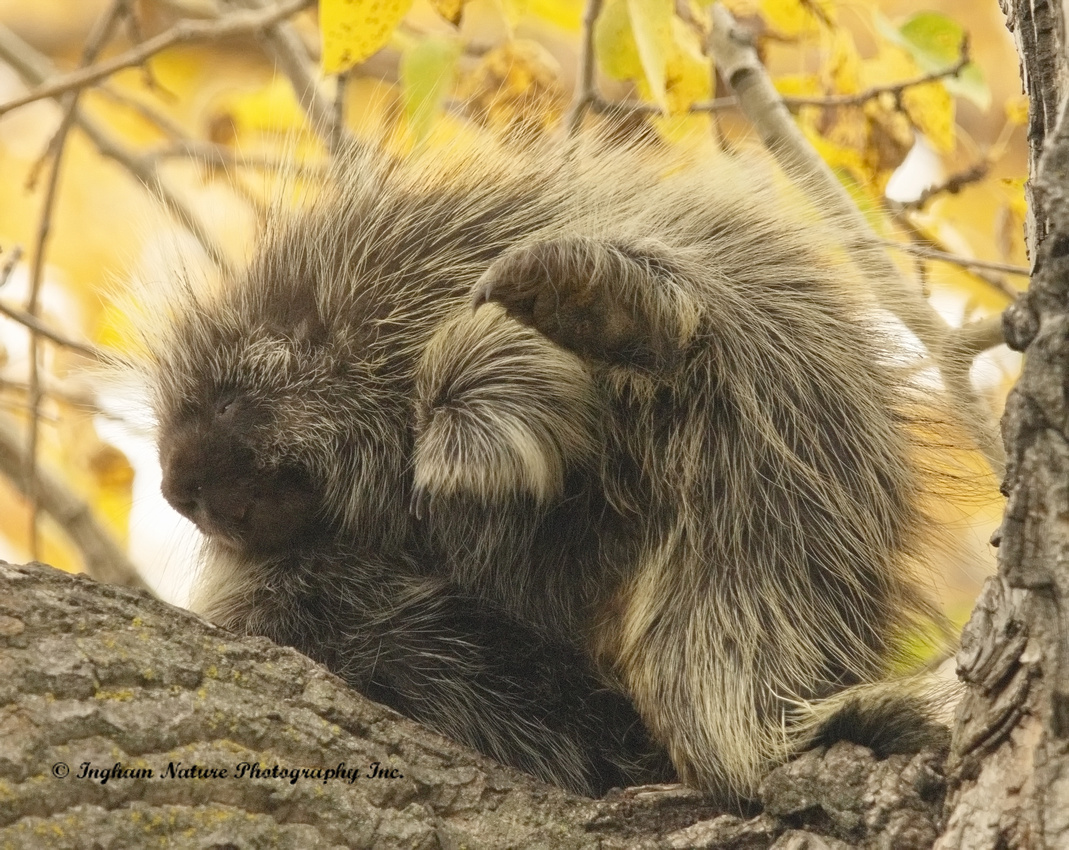 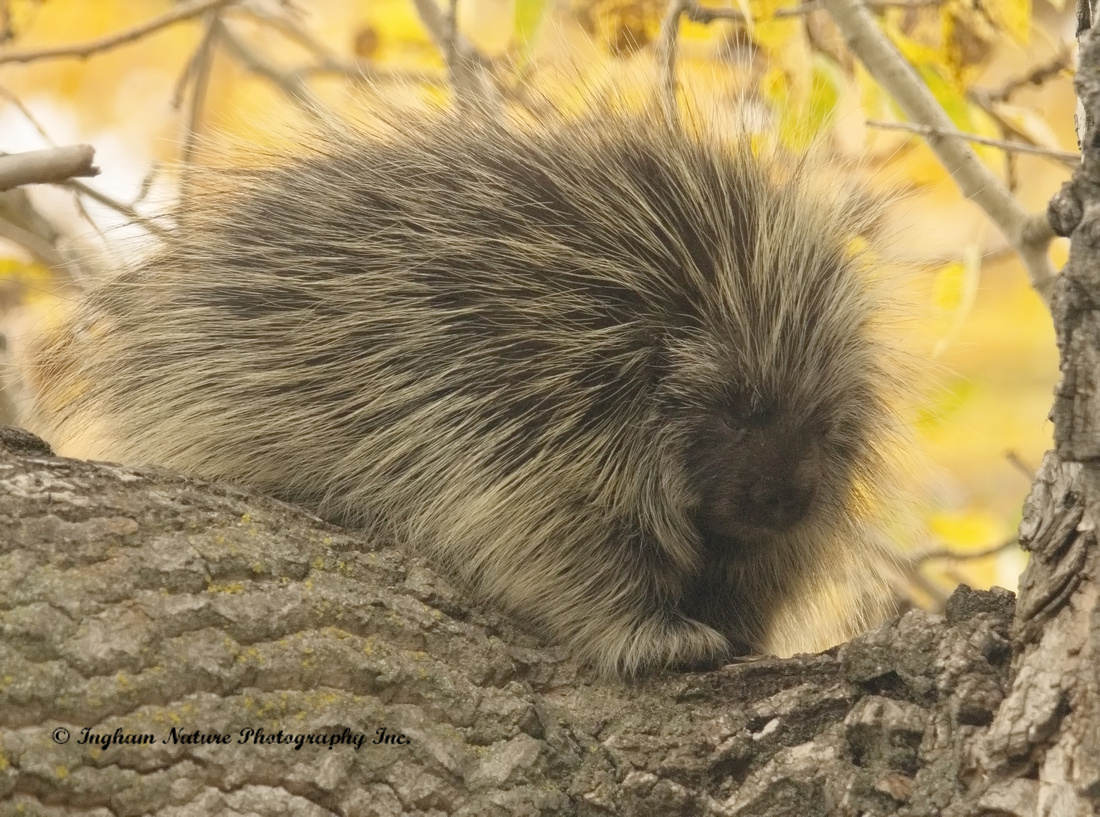