"It was a dark & stormy day"! :) Well actually it was just dark and sleeting.

Came across this Great Horned Owl, snuggled up to a tree trunk and trying to catch some owl "z's".

And yes, those feathers which give this owl its name are at complete attention. First it was mobbed by a group of chickadees. Then came a raven which landed on a nearby branch and called in reinforcements. Eventually that pair left the area too. And finally a barking dog came by which caught the owl's attention, probably because it was already on edge.

Finally, peace, once again, was restored and as you can see from Photo #4 and Photo #5, shut-eye was not far away. 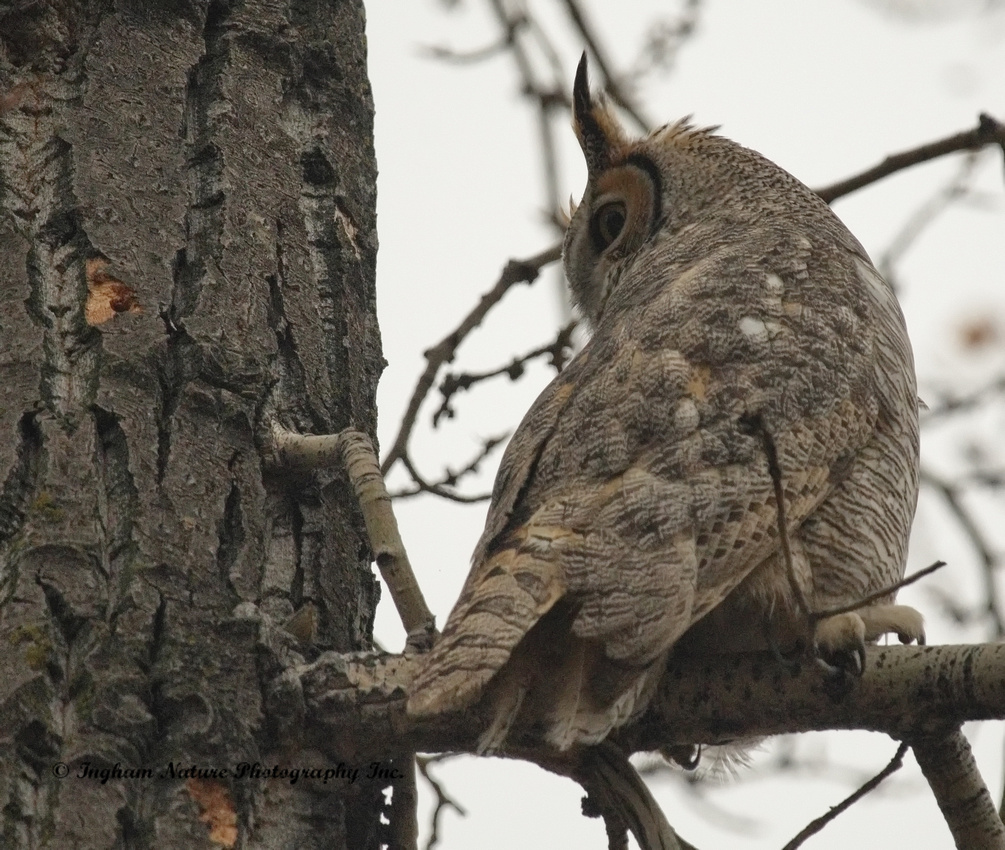