"THE HEART OF A FAMILY"

I fear I may have neglected our "feathered" friends the past few weeks.

The two ospreys who appeared in a previous link, where they were re-establishing their partnership had a late start in their nest building. The shorter period in which to raise offspring, resulted in only one offspring, instead of the usual two or three. This may have been due to only one egg being laid and incubated .

In any event, all their efforts into raising one chick has certainly paid dividends. This youngster is well fed, large and a super flyer. No issues here with the migration south, soon to occur, albeit there may have been some "only child" symptoms, such as incessant chirping while on the nest & hiding out of sight in the trees once it had gained its flight status and not responding to its mother.

I caught these shots shortly after a brief flight to a nearby tree. In Photo #1, I had just put the lens on maximum to capture a head shot, when it shook out its feathers. It wasn't only until I downloaded the photos, that I noticed the almost perfect heart shape marking on its chest feathers, just below its neck feathers (right of the photo).

It is after all only a random marking but Nature does have her ways! 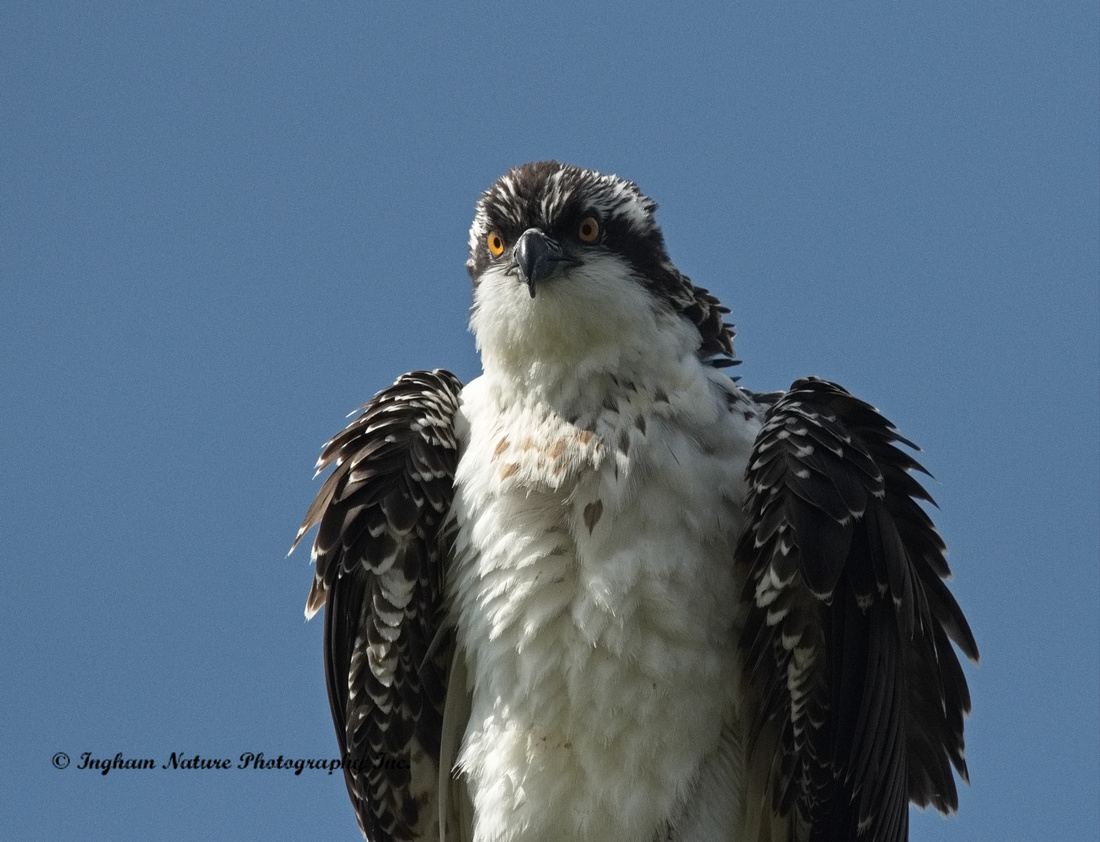 Osprey - Immature"HEART OF THE FAMILY" 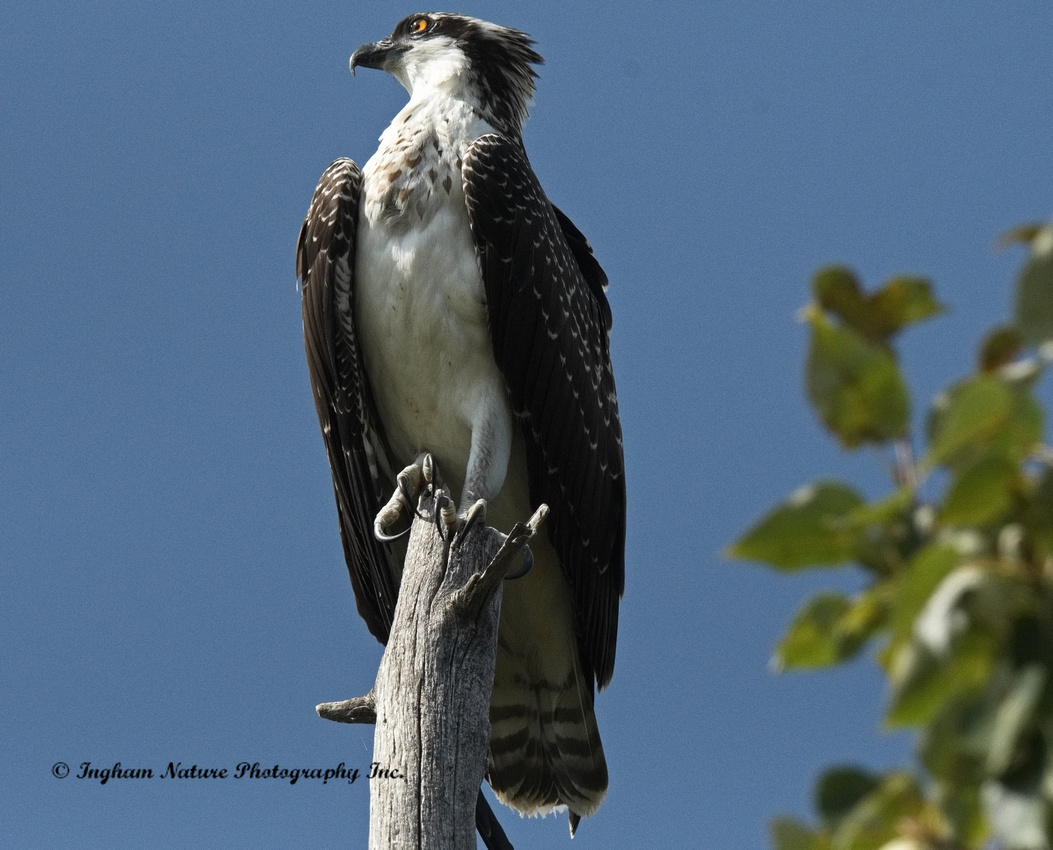 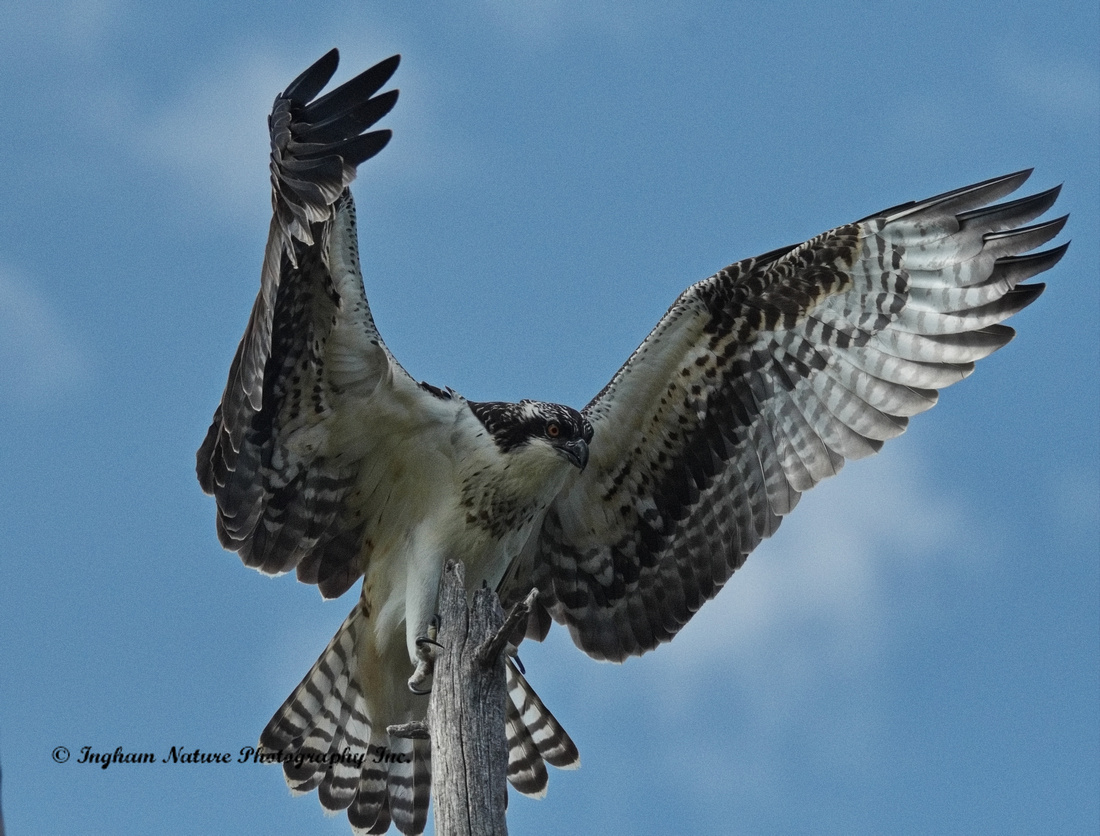 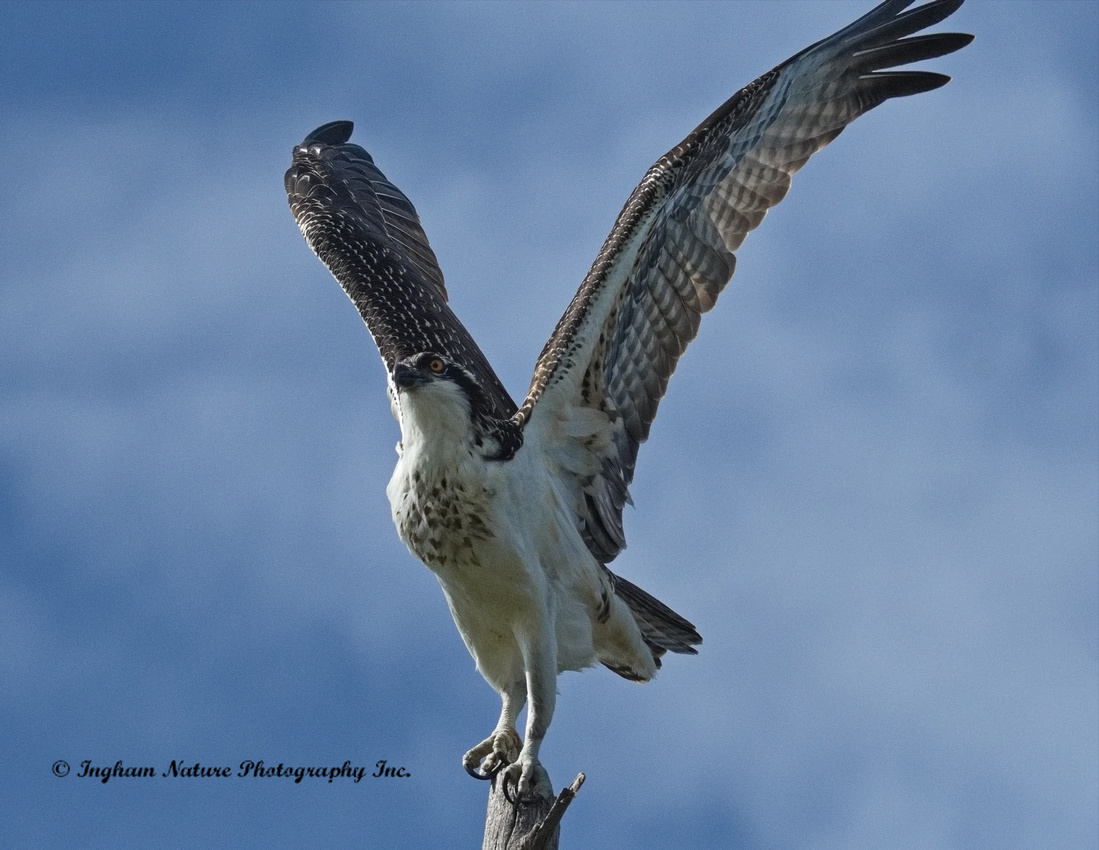 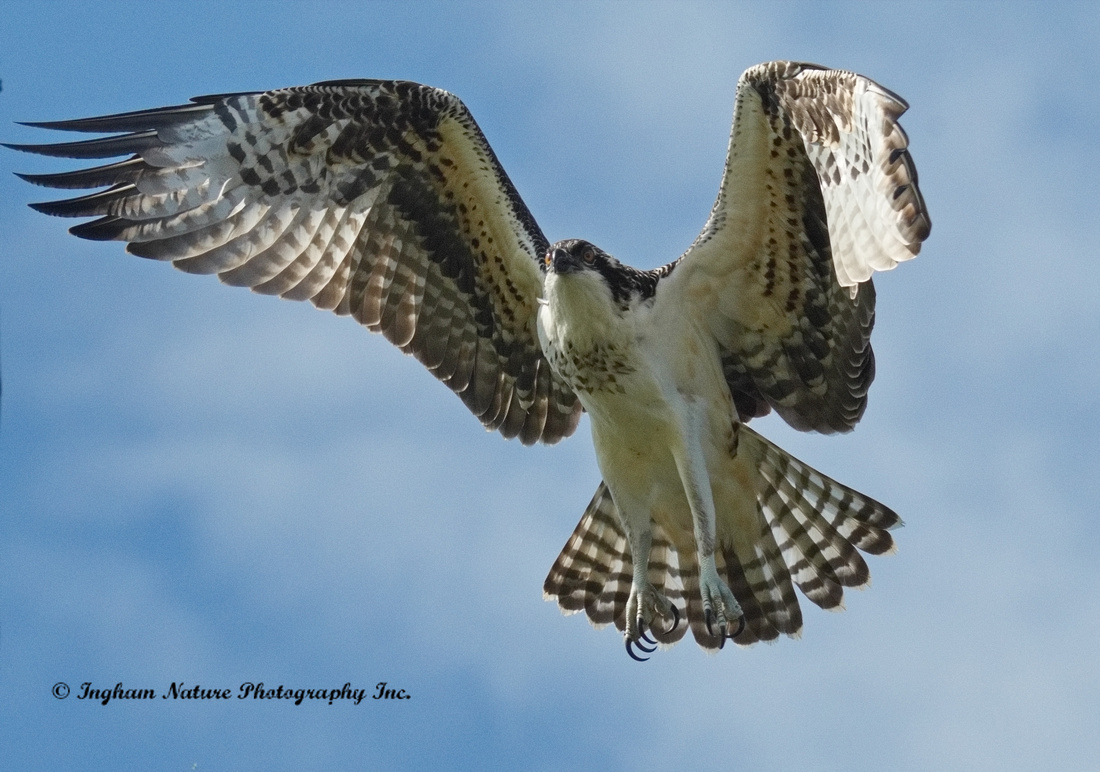