"THE BOYS ARE BACK IN TOWN"

Note: All photos taken from a safe distance & location.

These two youngsters appeared to be in almost perfect tandem. (The smallest one followed a short distance behind.) Don't know if they are "boys". No one wants to be that close to a Grizzly Bear!

According to local authorities, these three cubs will most likely be pushed out by their mother next year. (One more year of denning together, guys!) but as you can see from their condition and weight, they should be more than ready.

I have included a photo of their awesome mother. She is a tagged and collared bear so that Park Authorities can keep an eye on her wanderings, etc. She apparently has a daughter nearby and that female now has two cubs of her own. Live on Grizzlies! 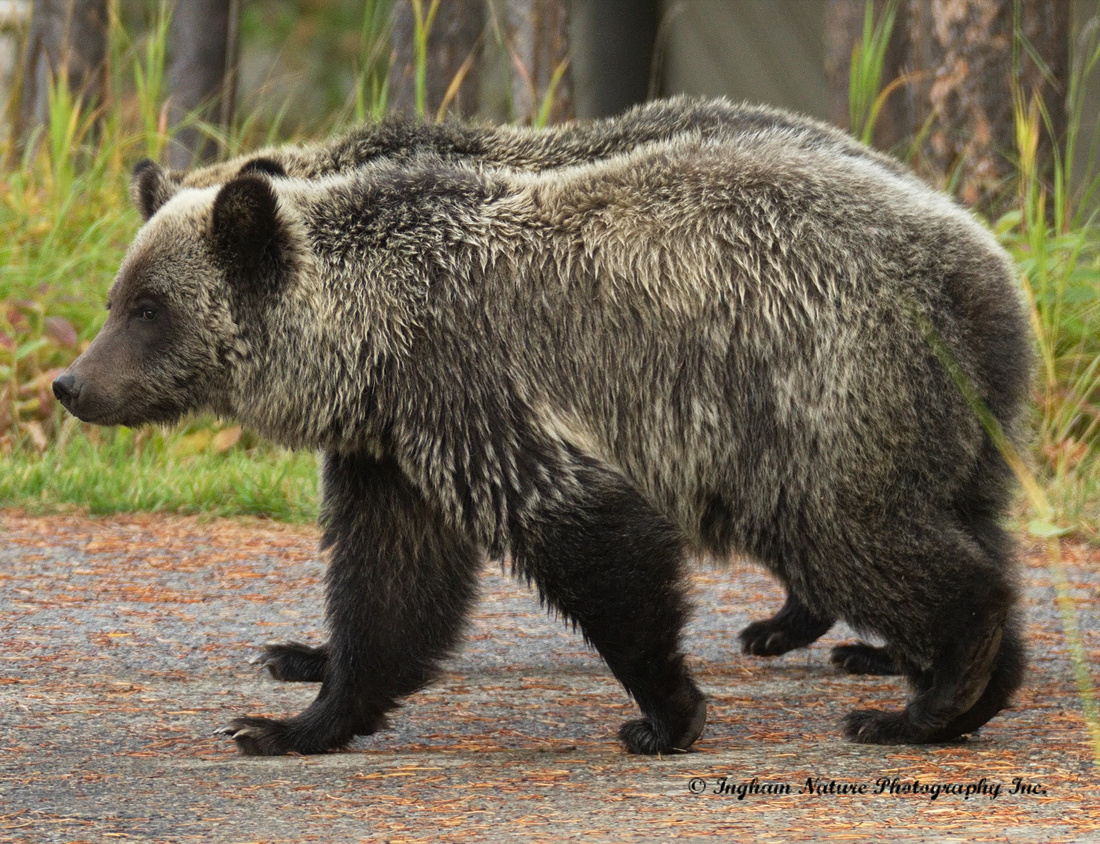 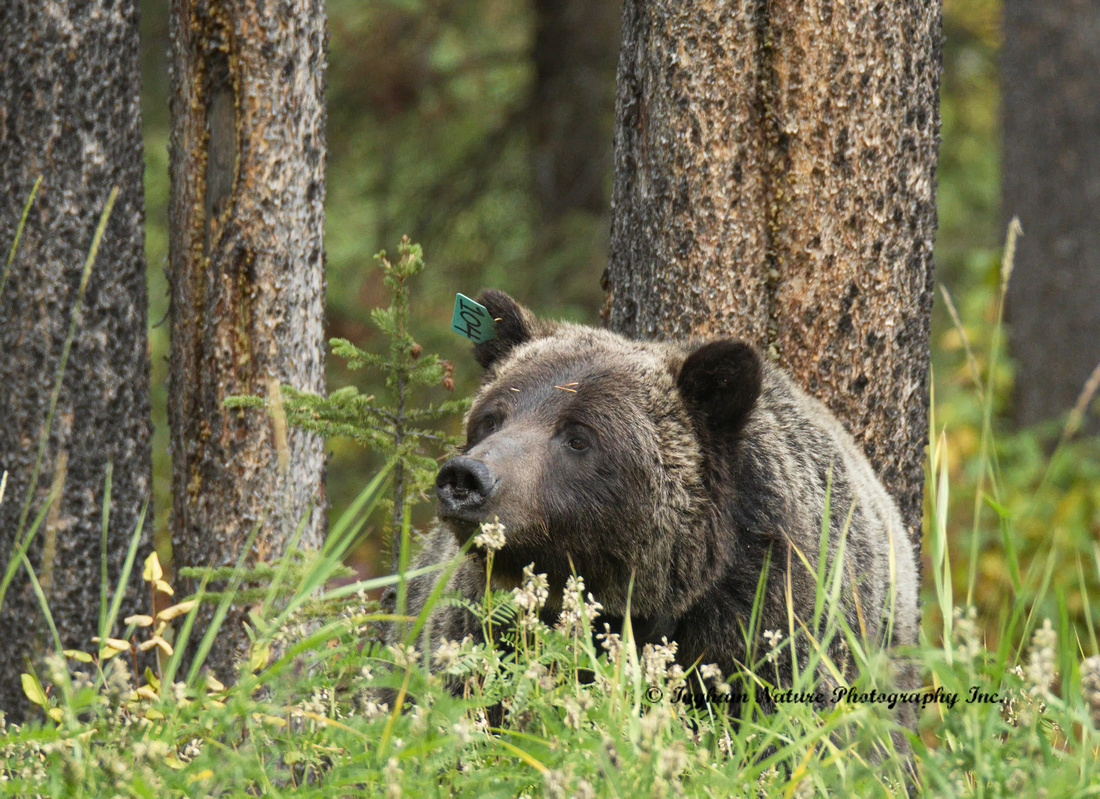