In one afternoon, I encountered both the Red Squirrel & the Eastern Gray Squirrel. No matter what their status, both were extremely photogenic and so so cute.

The Red Squirrel is, of course, native to Alberta & unfortunately, because of the introduction of the Eastern Gray to the West in the early 1900's, has had its numbers significantly reduced. There does appear to be some recovery, however. In areas of Fish Creek Provincial Park, there are now Red Squirrels where I've never seen them before. Perhaps, it is because I haven't been aware of them previously but hopefully, the former is true and their numbers are increasing. It is a sad fact that as a species, humans have not learned the lesson of the question, "What could possibly go wrong?" of introducing non-native species in our environments.

They are both cheeky but each has a distinct appearance and having reviewed the photos, the terms "Ninja Warrior" & "Sumo Wrestler" struck me because of the stance, shape & attitude of each species.

Review the photos below and see if you agree. That "bring it on" look of the Red Squirrel may explain why it is now showing up in more regions of the park. 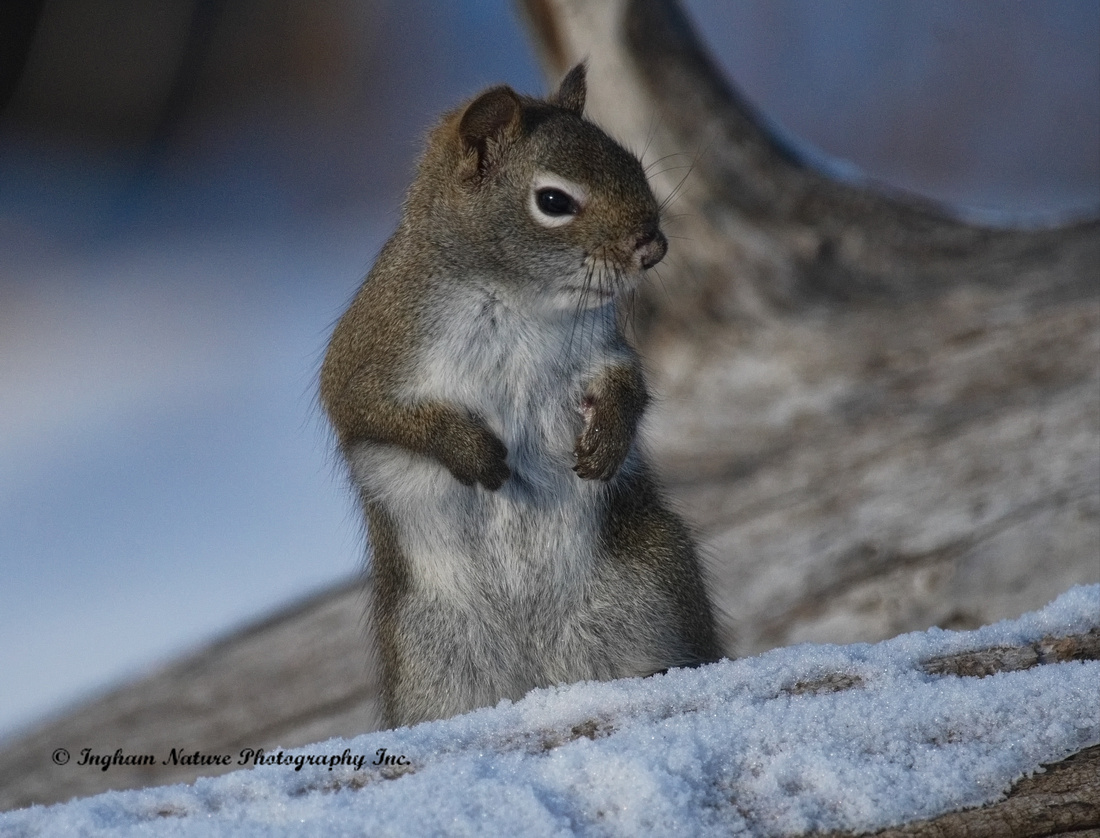 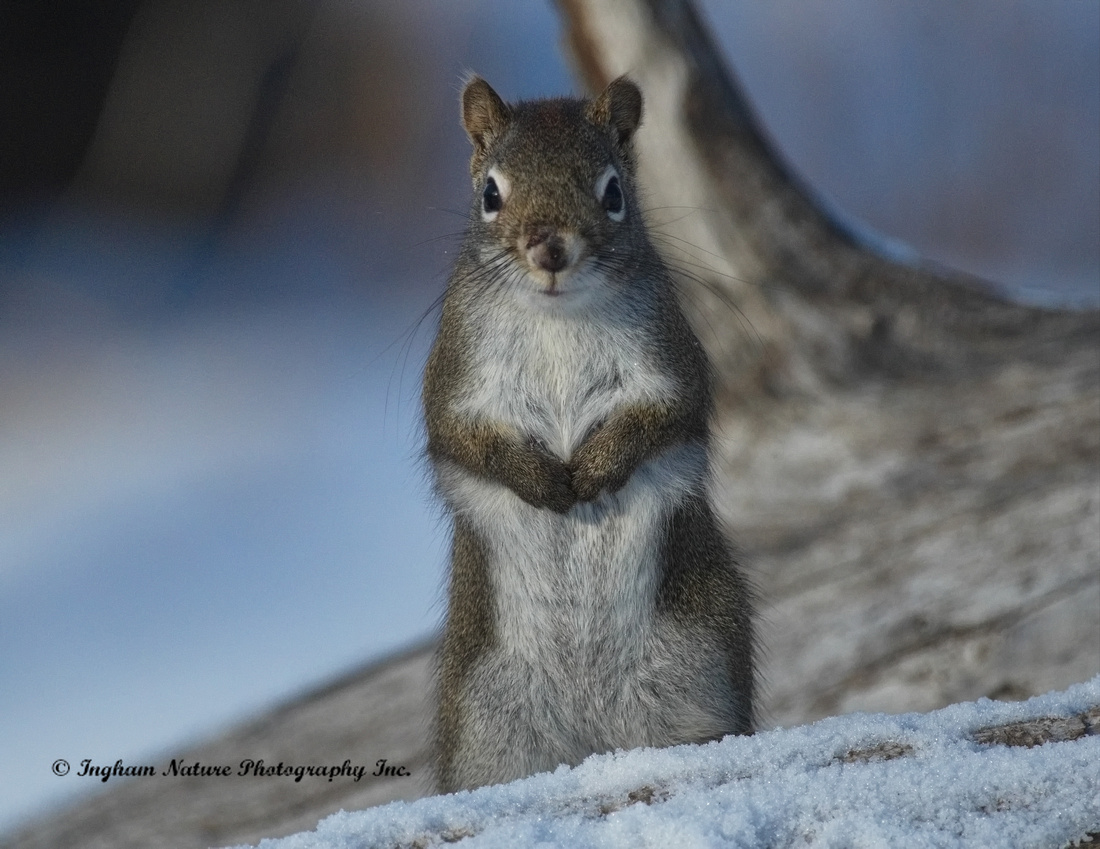 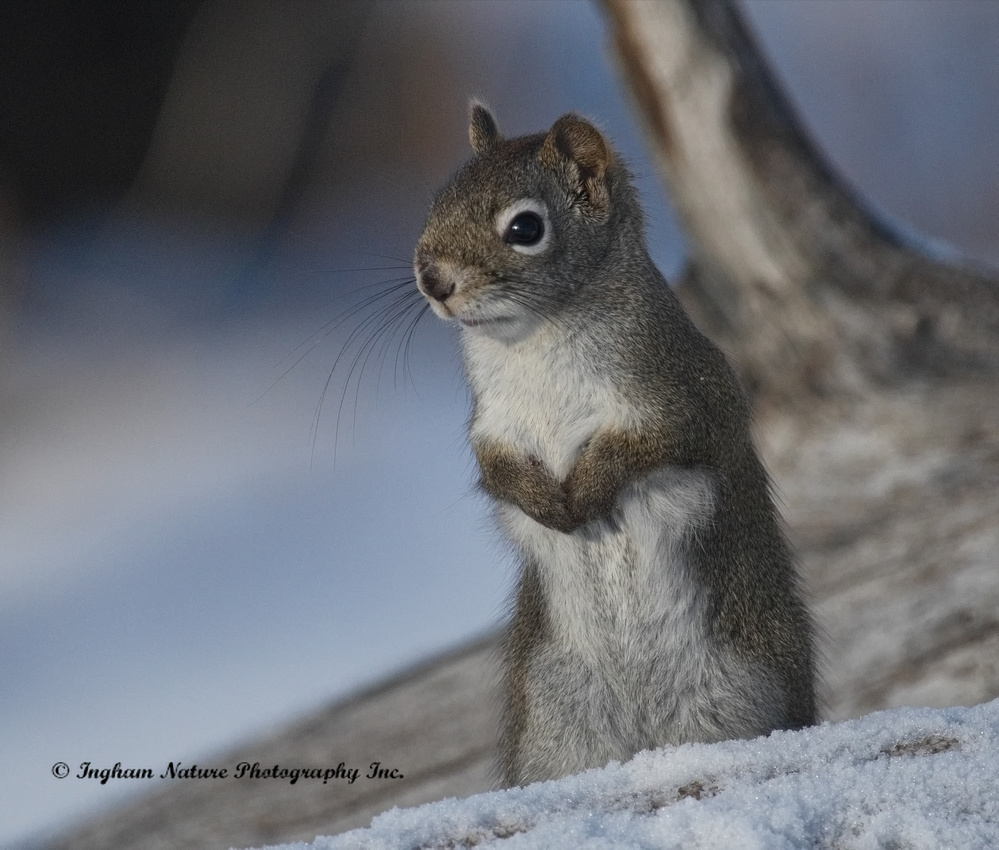 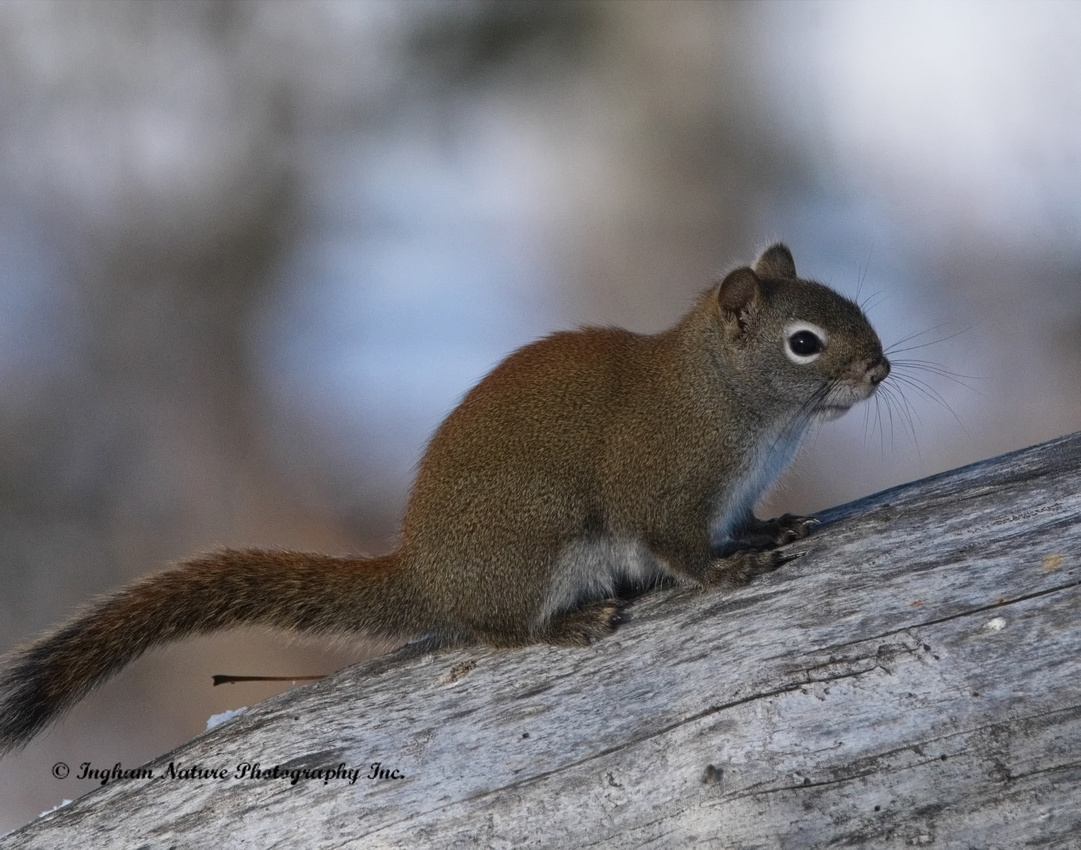 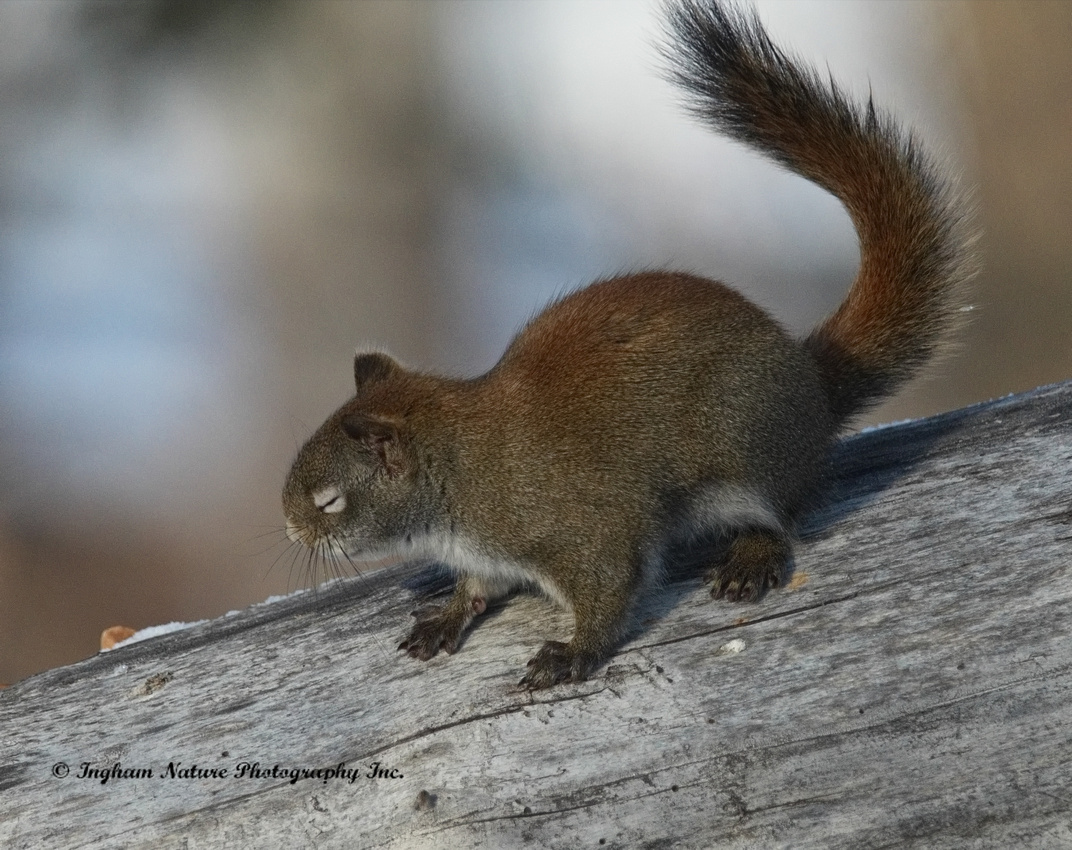 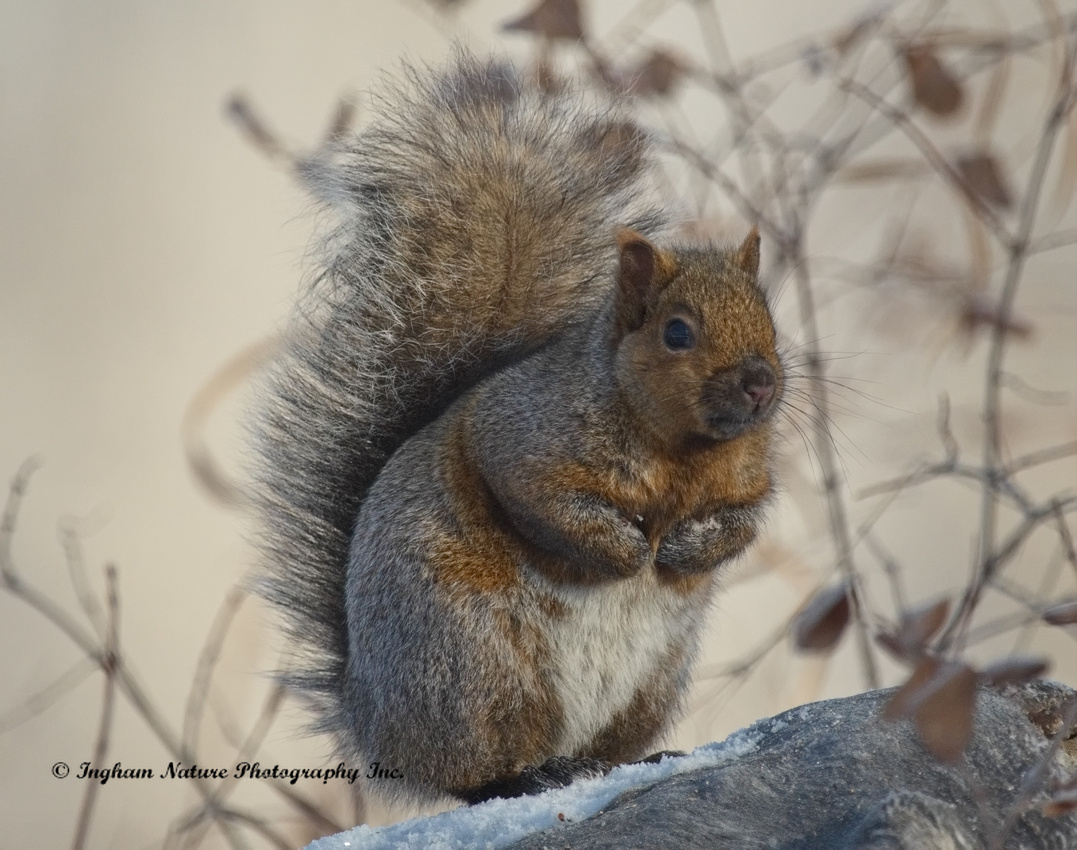 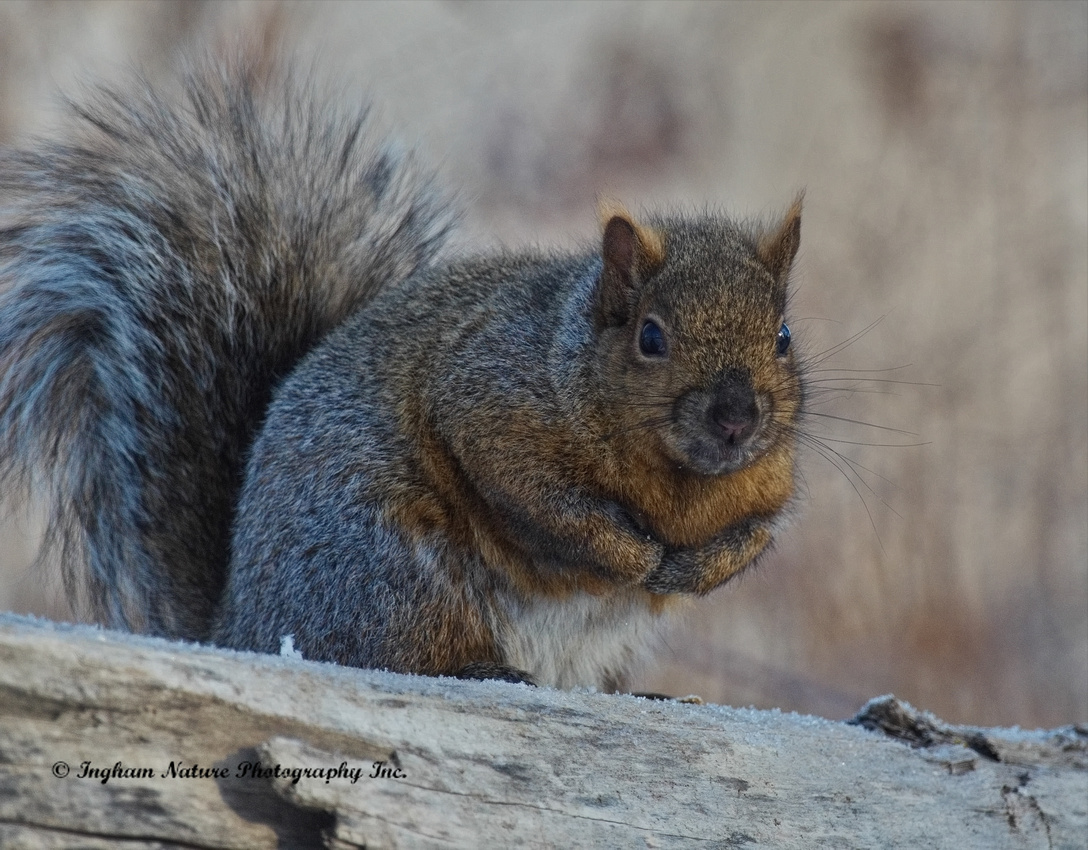 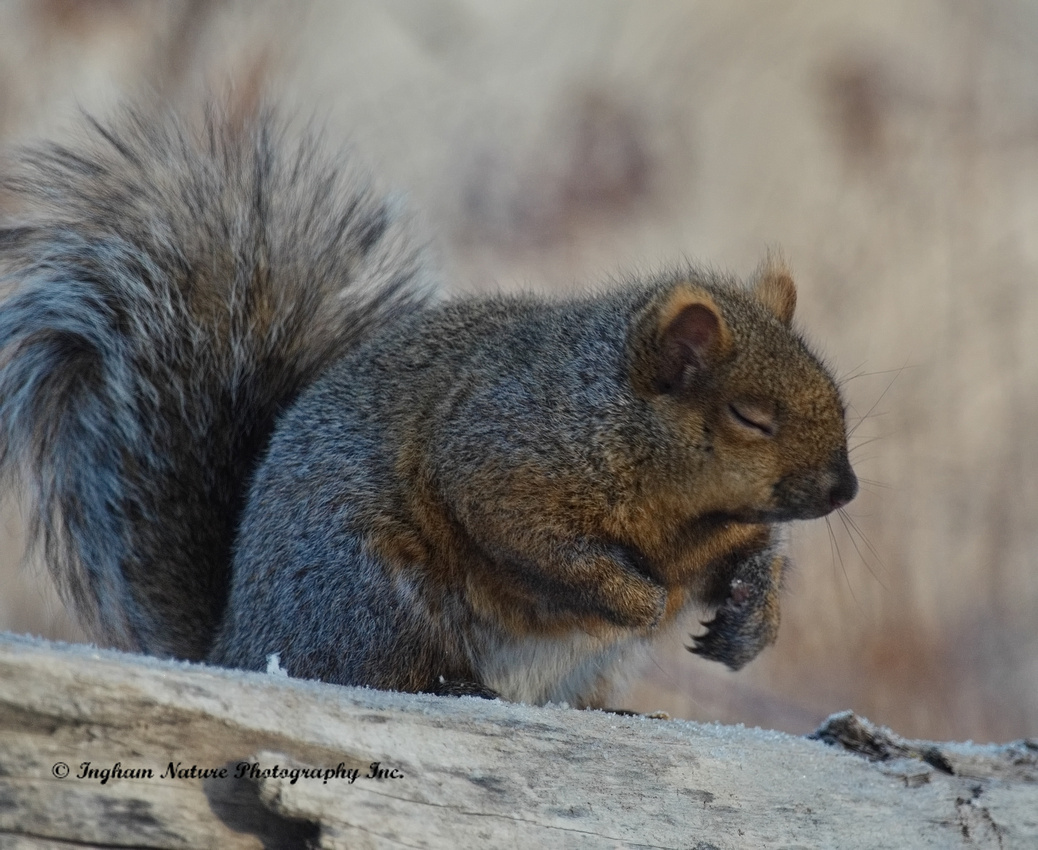 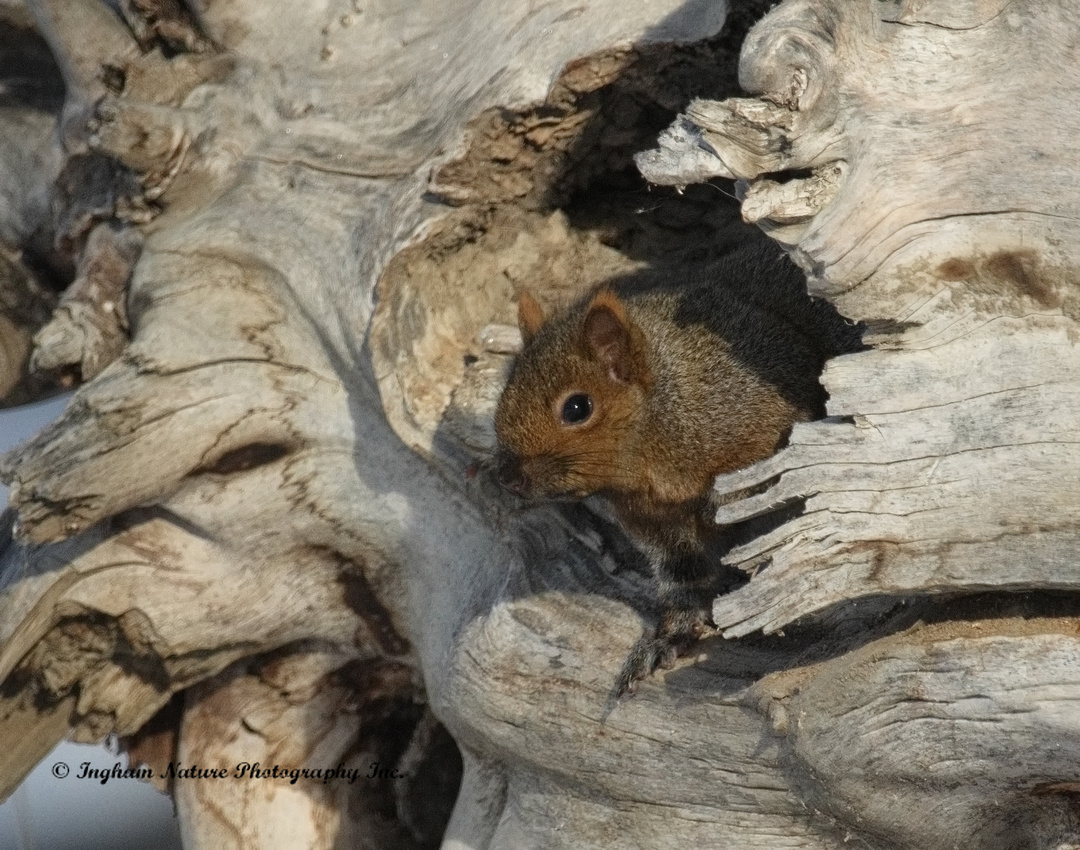