"NOT A KNOTHOLE" - Red Squirrel

I was just about to leave the park when I thought I would take one more look down a creek. "No, nothing to see here", I thought. And then something moved on the tree next to me.

I looked down and at first I thought it was knothole in the tree. But then it moved and there on the side of tree was a red squirrel, a squirrel species native to Alberta. It was moving up and down the tree like squirrels do and then it would anchor itself onto the bark and groom. The grooming was from head to tail, including licking its paws and smoothing down its coat, just like a cat.

I was worried that I wouldn't have the opportunity to get some shots but the squirrel was still doing his squirrely thing after I left.

One can only think that as that side of the tree was facing south and the day had significantly warmed up from a chilly morning, that perhaps the squirrel was enjoying the sunshine after being cold in the morning, perhaps having gotten a little damp in the wet grass from dew. It was time for a little clean-up and as there was nothing and no one (except me) around, the squirrel was enjoying the warmth of the tree.

Last Autumn about this time,  I had a unique opportunity to see a Red Fox lying on a flat rock in Kananaskis country just sunning itself in the early evening. Again it was probably enjoying the warmth of the rock on its stomach, while at the same time the rock provided a great vantage point for looking for prey. Perhaps this is a red head wildlife thing? :)

If you wish to see the fox photos, just click the link below: 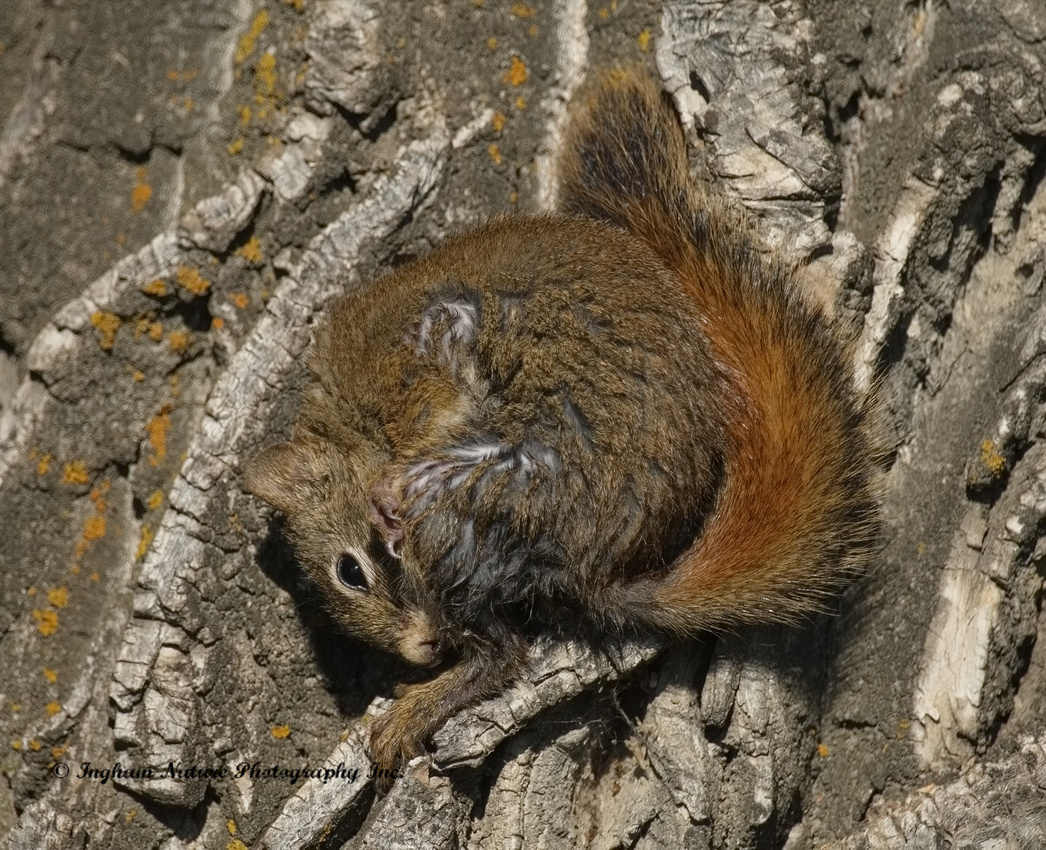 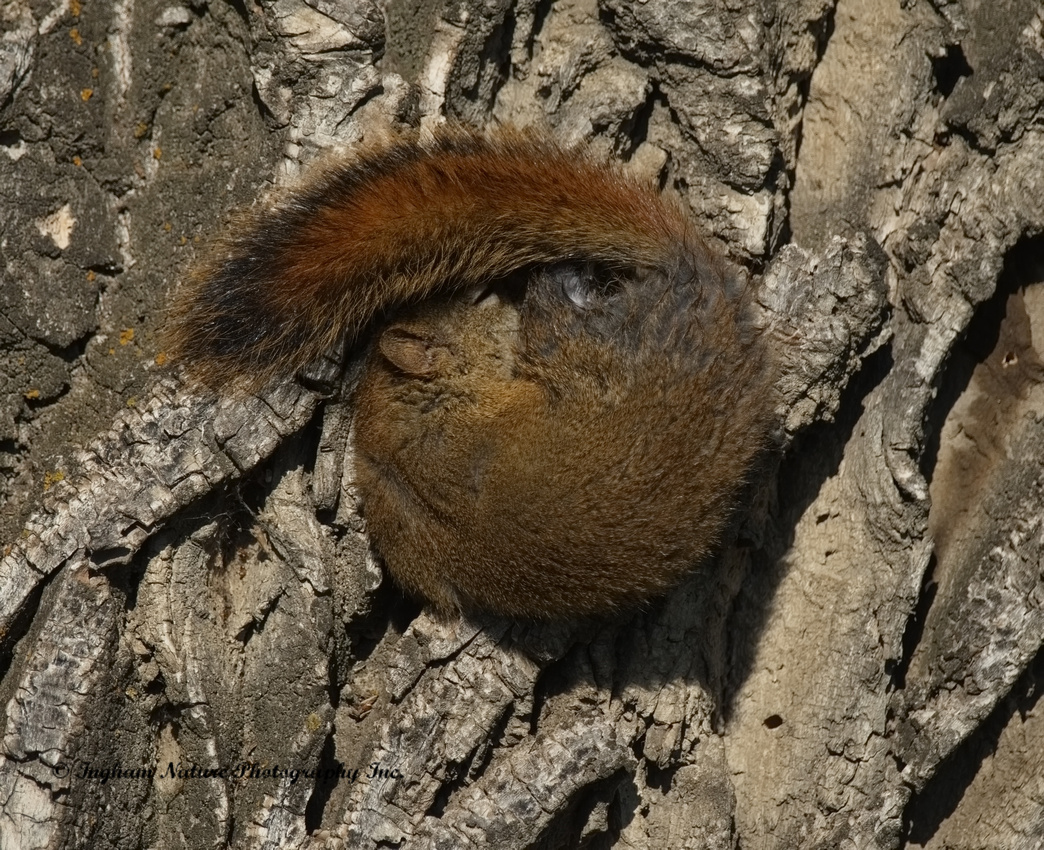 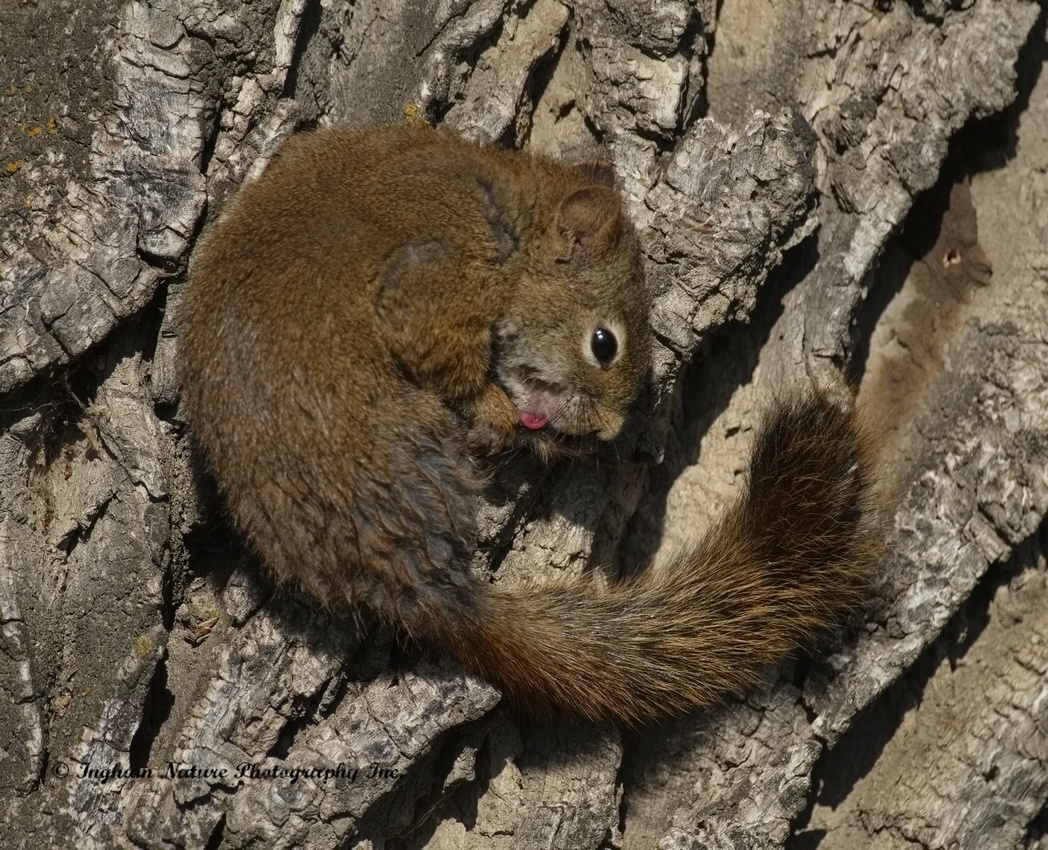 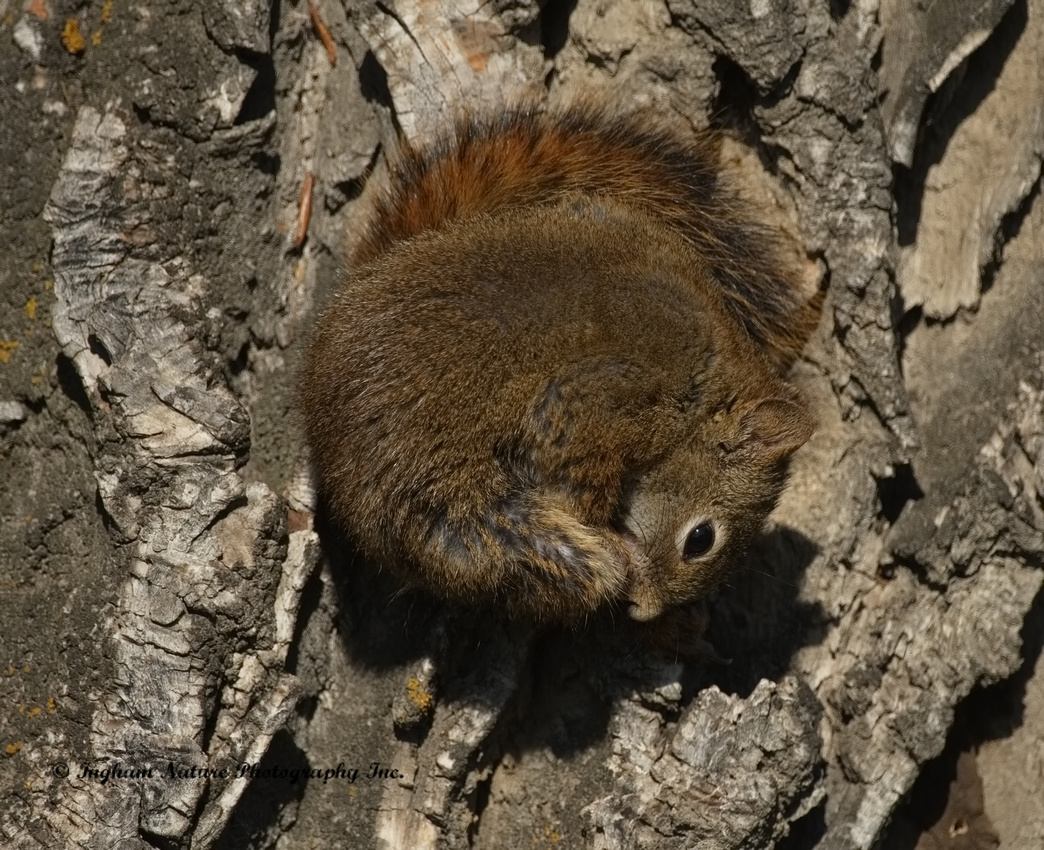 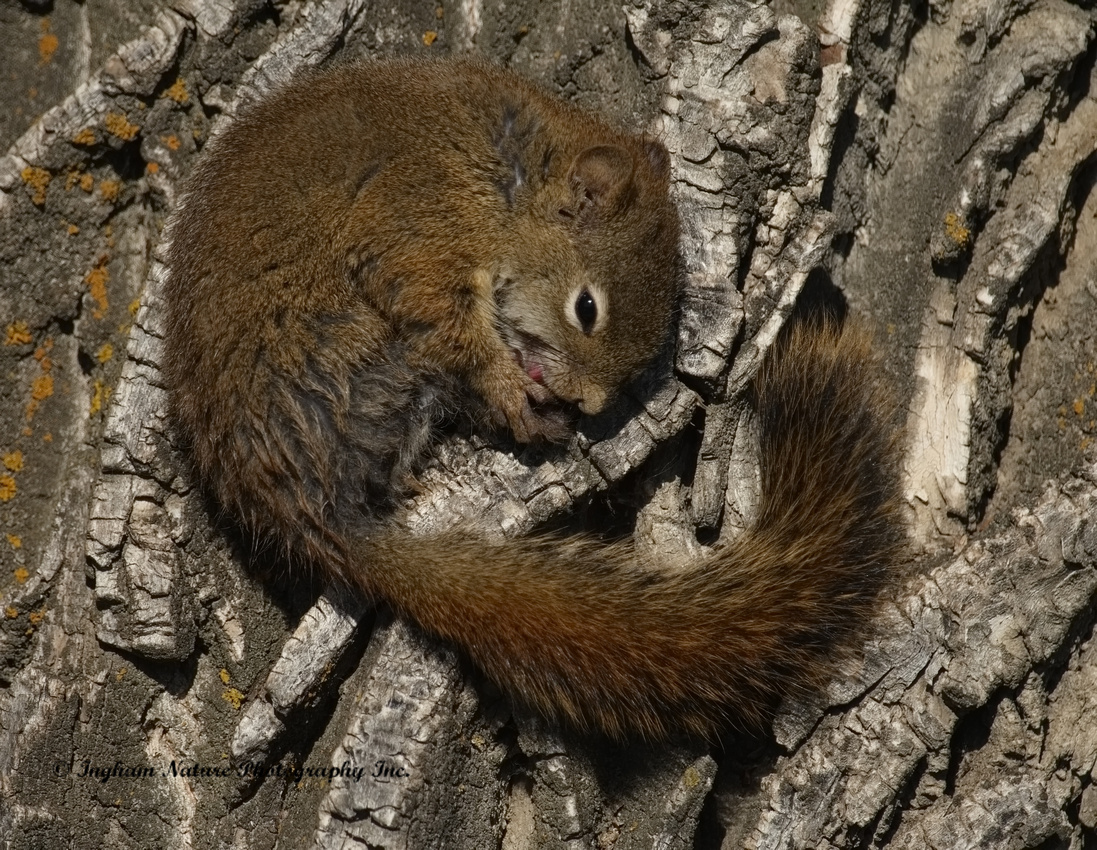 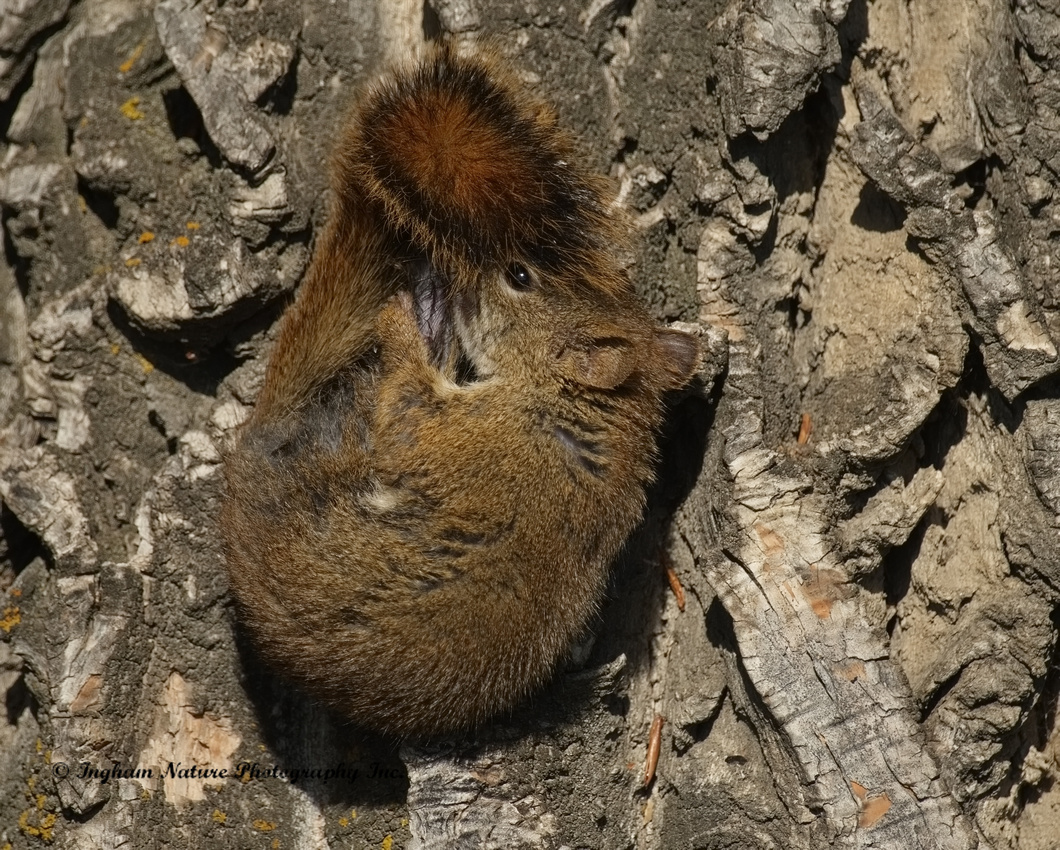 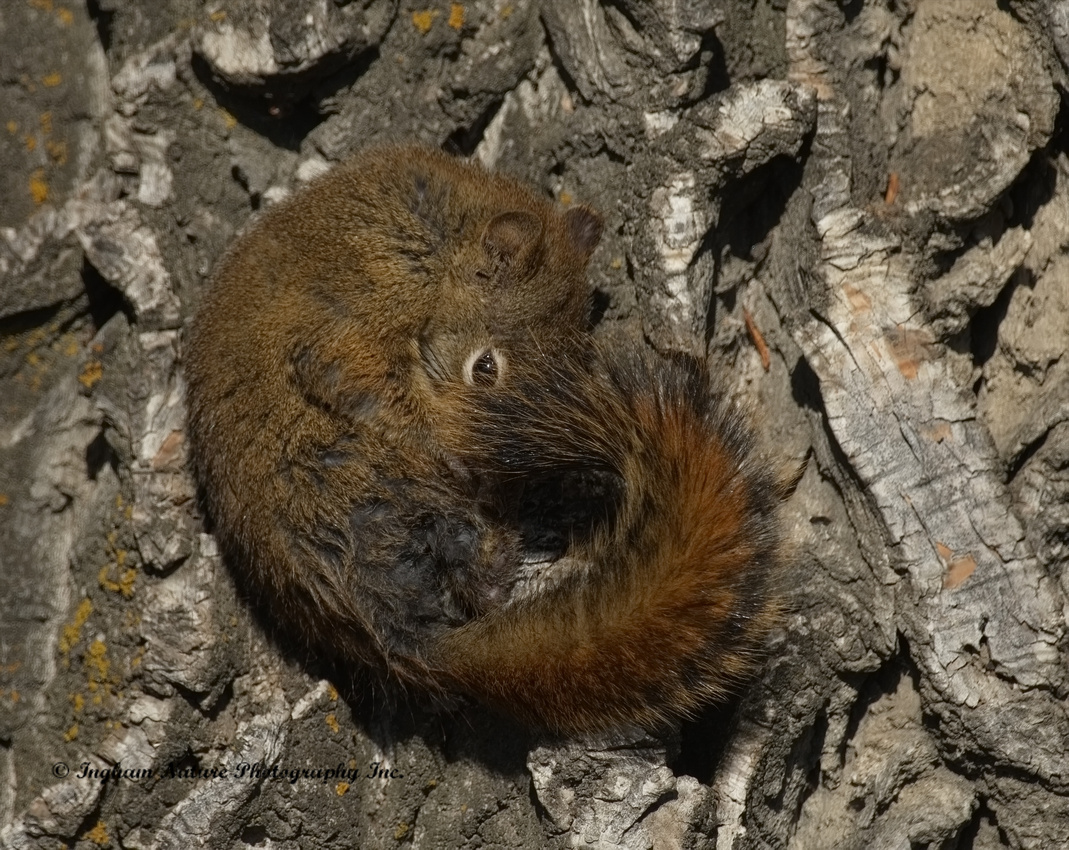