"A PREDATOR'S LIFE IS NOT AN EASY ONE" - Coyote

"A PREDATOR'S LIFE IS NOT AN EASY ONE"

The coyote was travelling along the ridge line across the river, out for late afternoon patrol and scouting for food (Photos #1 to #5).

A predator by nature and sometimes a scavenger, the coyote like other predators does not make a kill every time, whether that be with small or large prey. And it can be many attempts, before a successful hunt.

This coyote had spotted something moving down on the shoreline and made that amazing leap down the incline, landing on the rocky shore (Photos #6 to #8). Perhaps it was a muskrat or a small rodent, but whatever it was, it was a miss for the coyote (Photo #9).

It jumped up the incline and back on its way, looking for more potential prey (Photos #10 & 11).

Coyotes are great opportunists and will easily take advantage of a free meal whether that be a carcass from a wild animal (including road kill) or garbage not secured. It is something to keep in mind, particularly in urban areas close to green spaces & parks. And, of course, as humans we must remember, "Never feed coyotes directly or indirectly."  This can potentially avoid human/coyote conflicts. 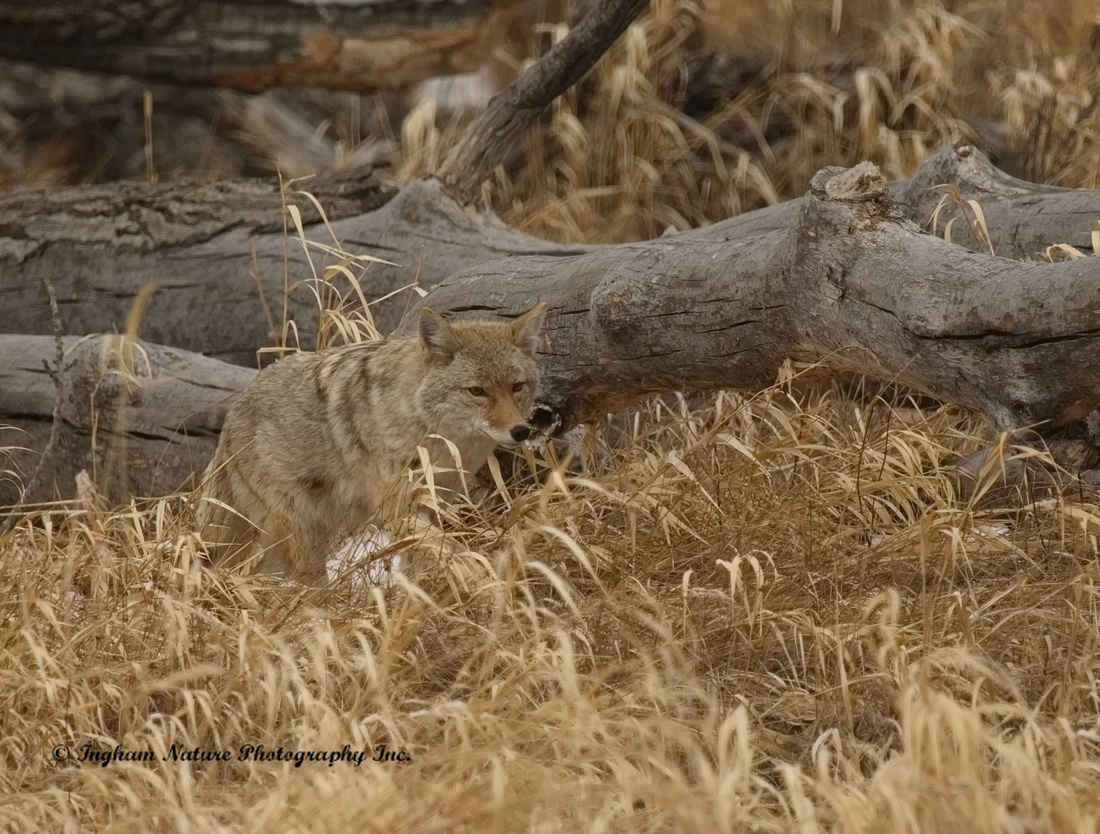 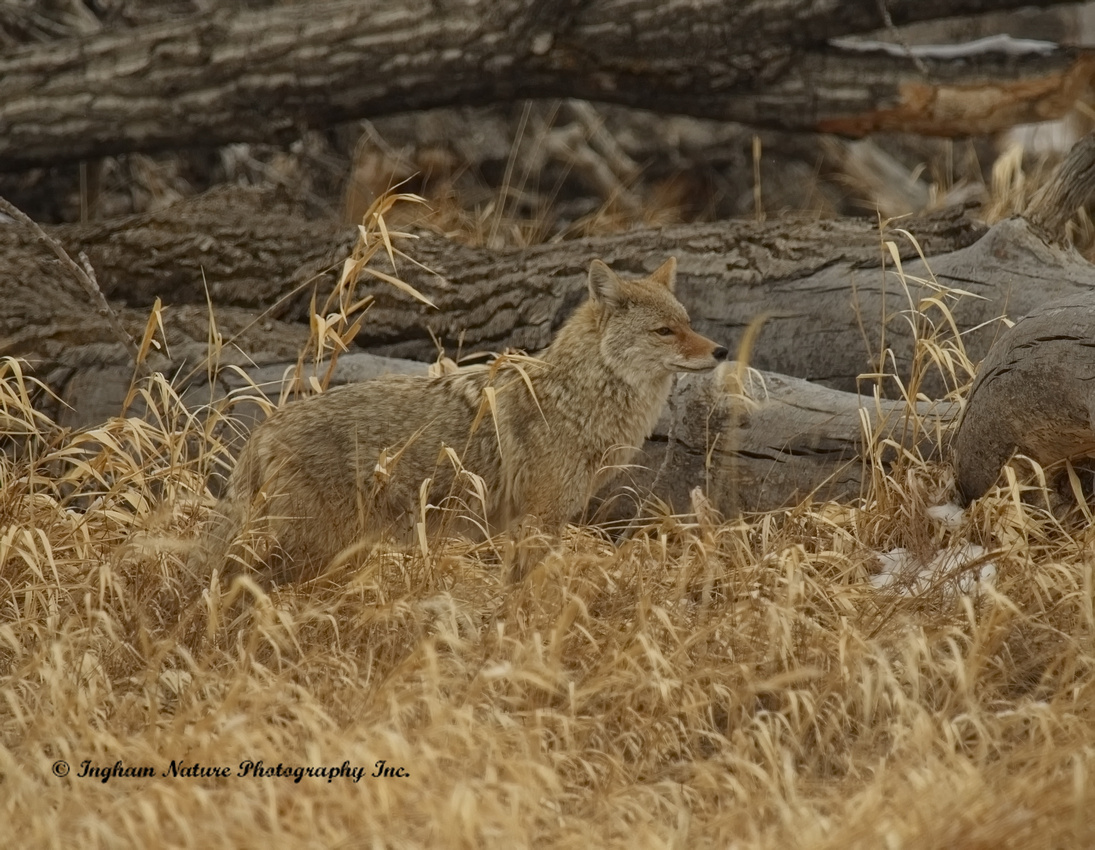 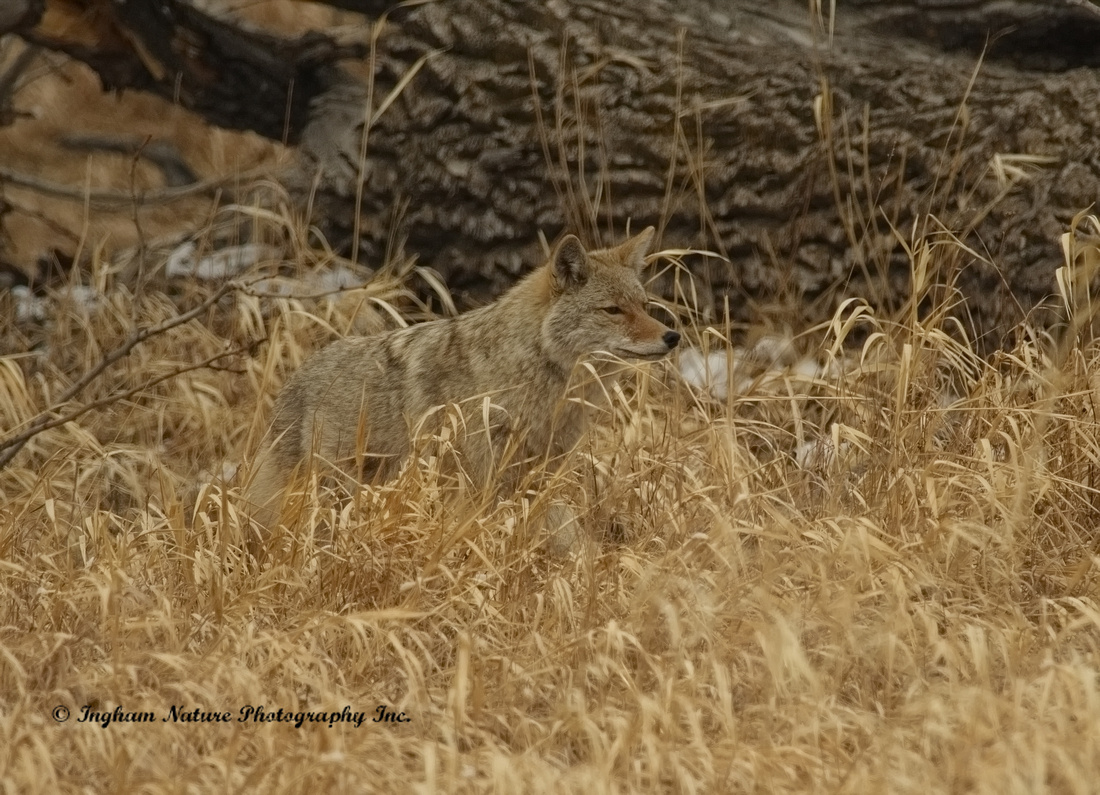 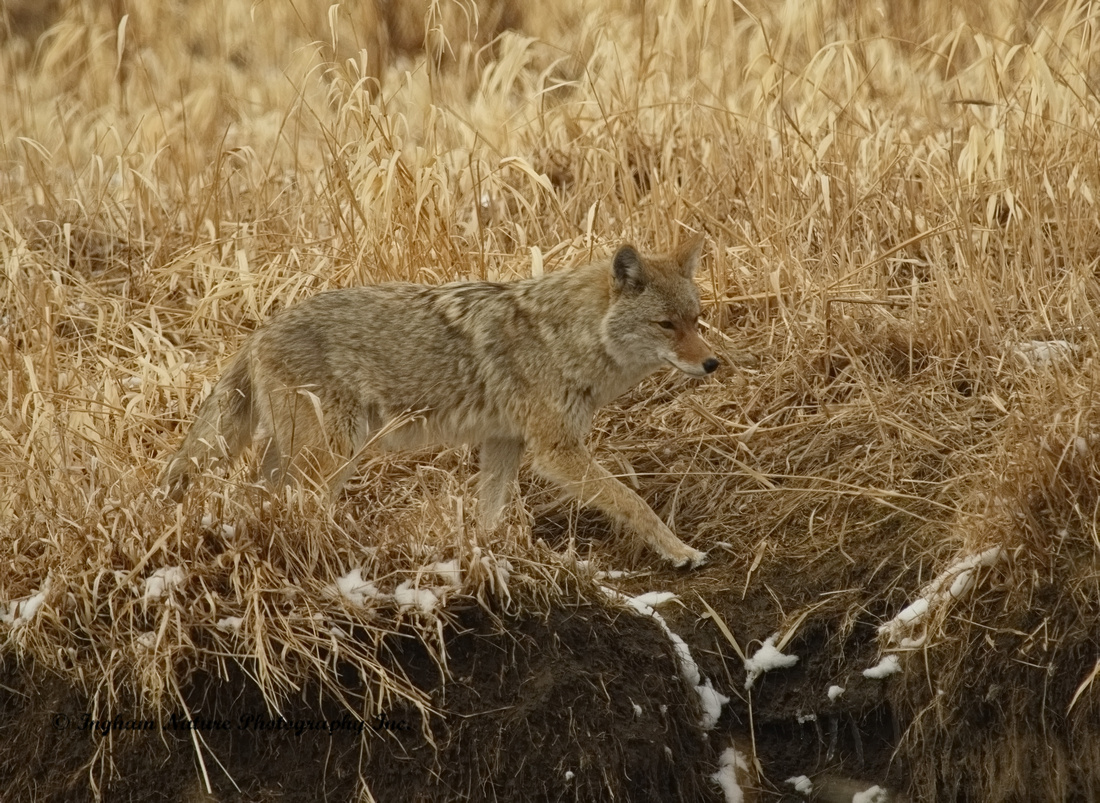 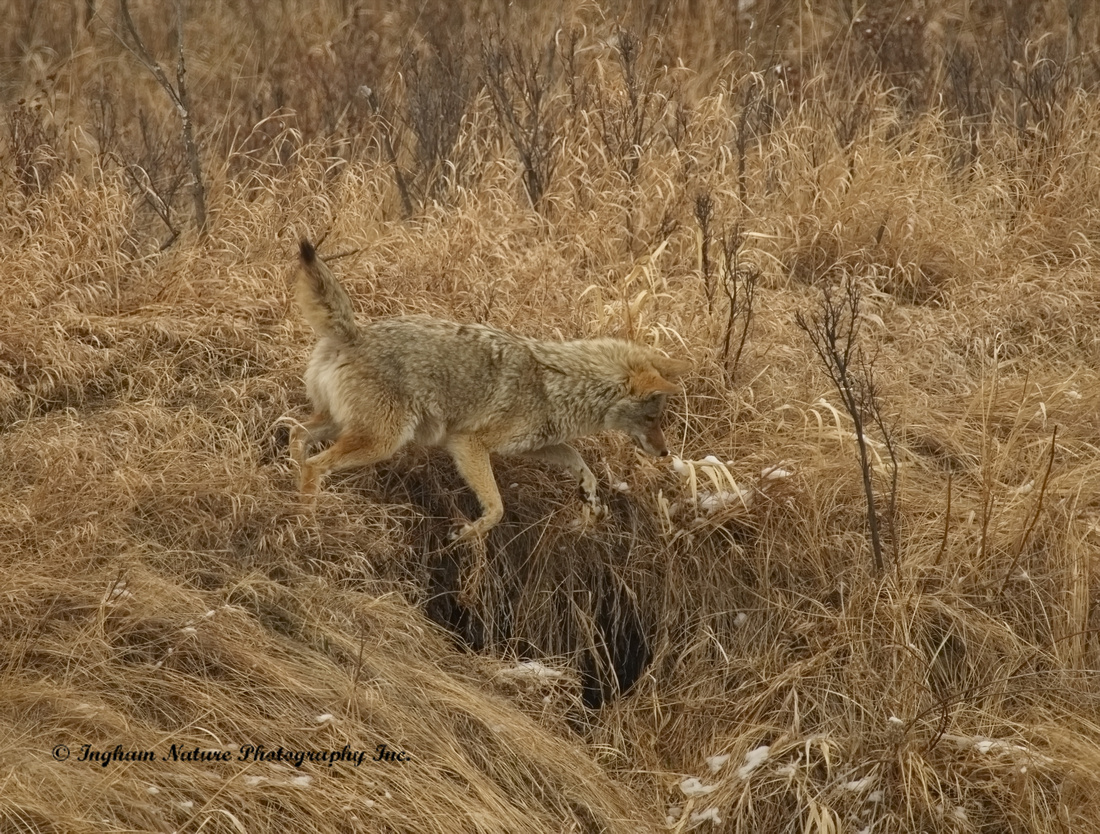 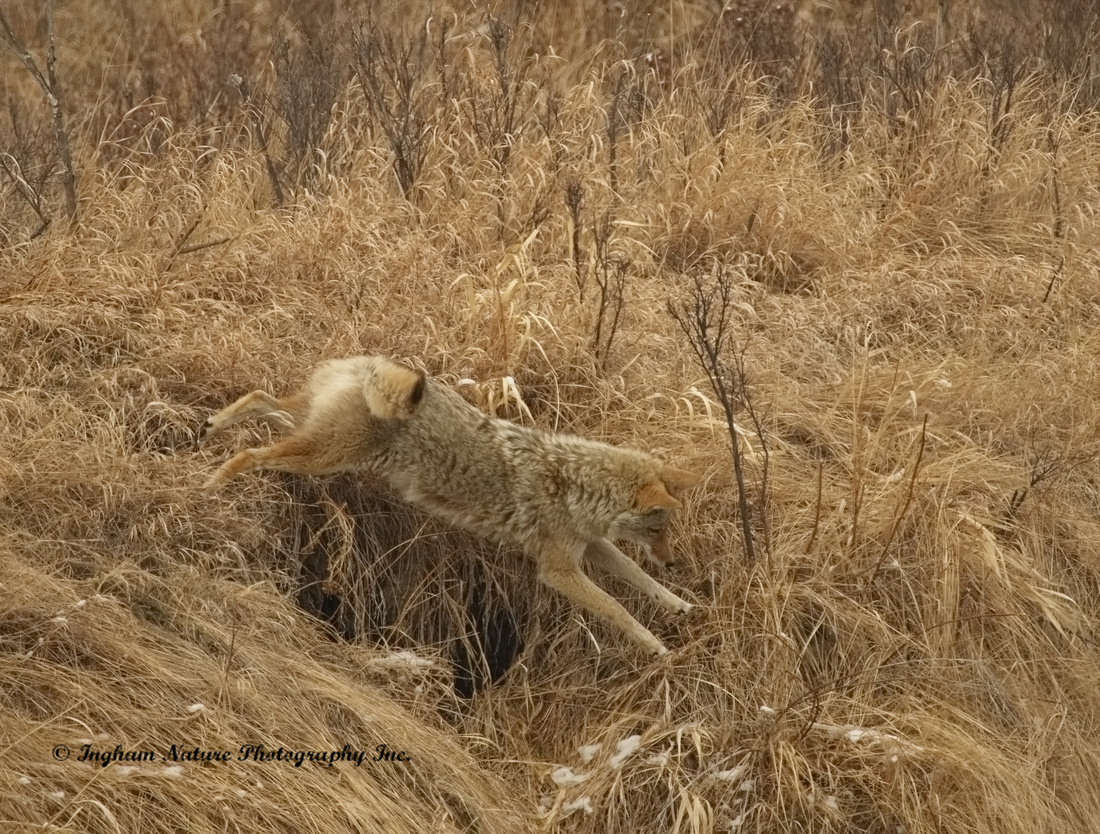 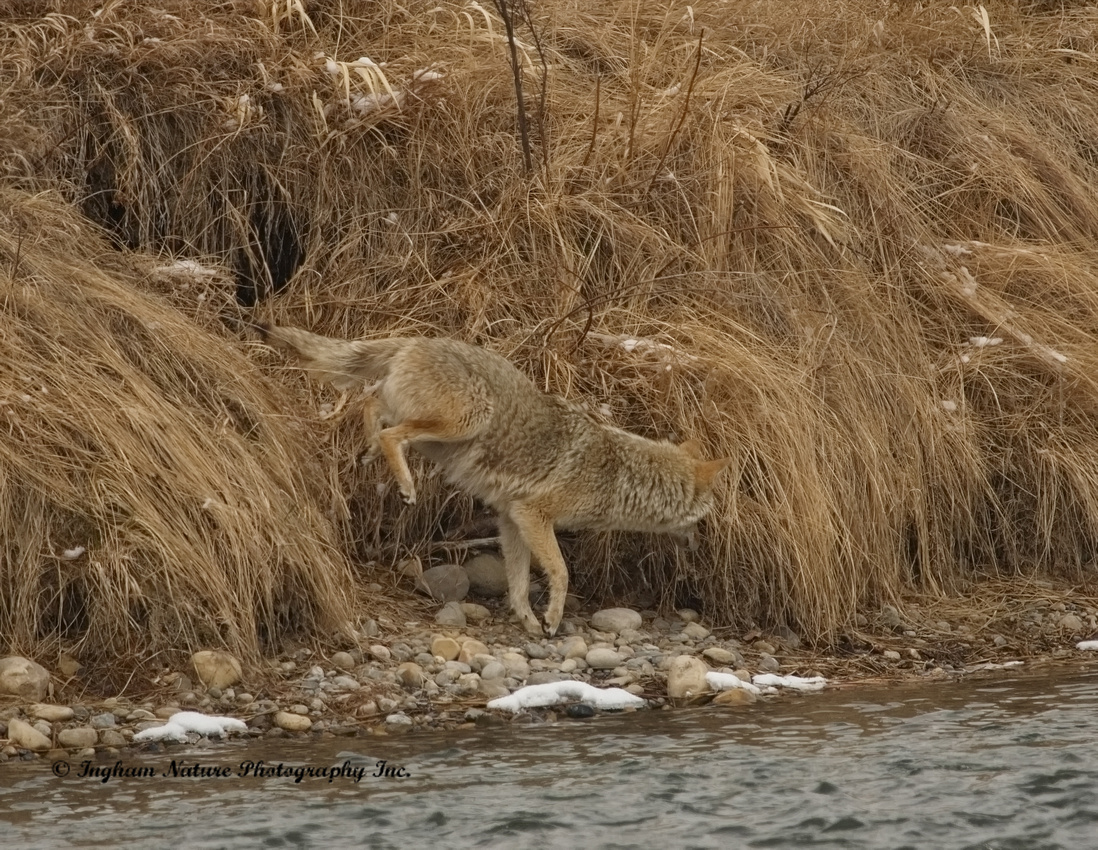 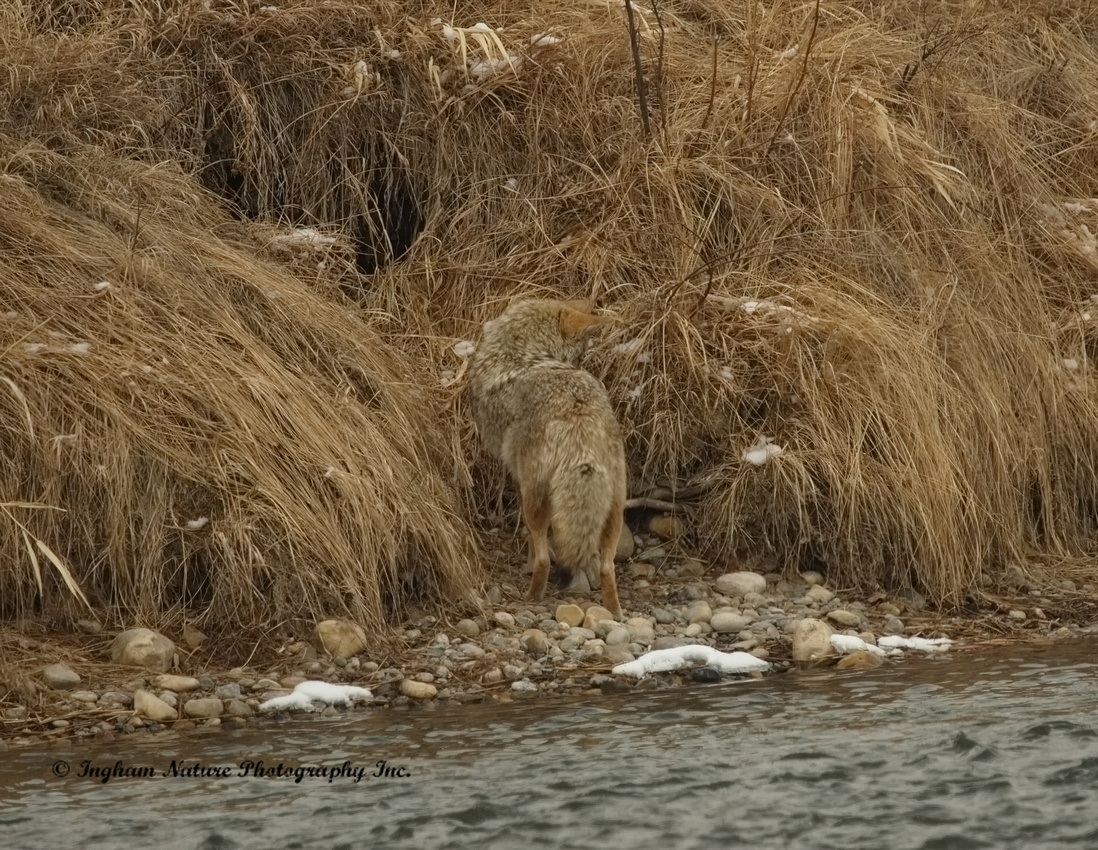 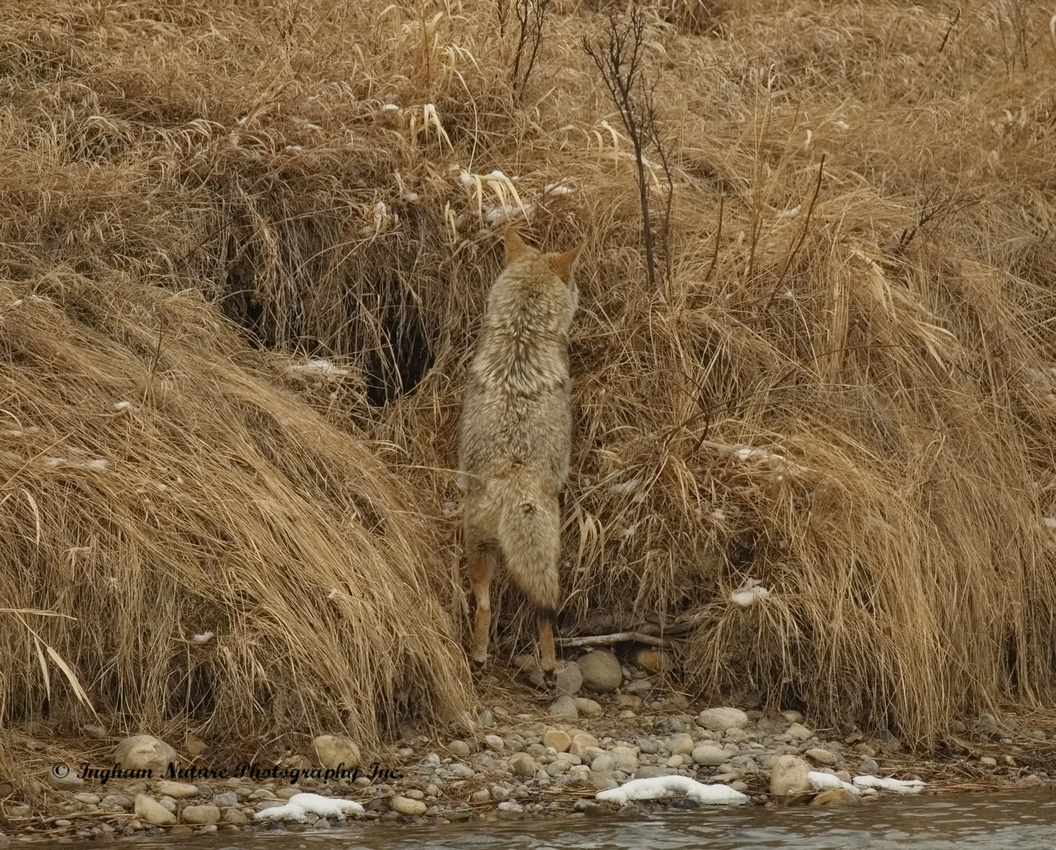 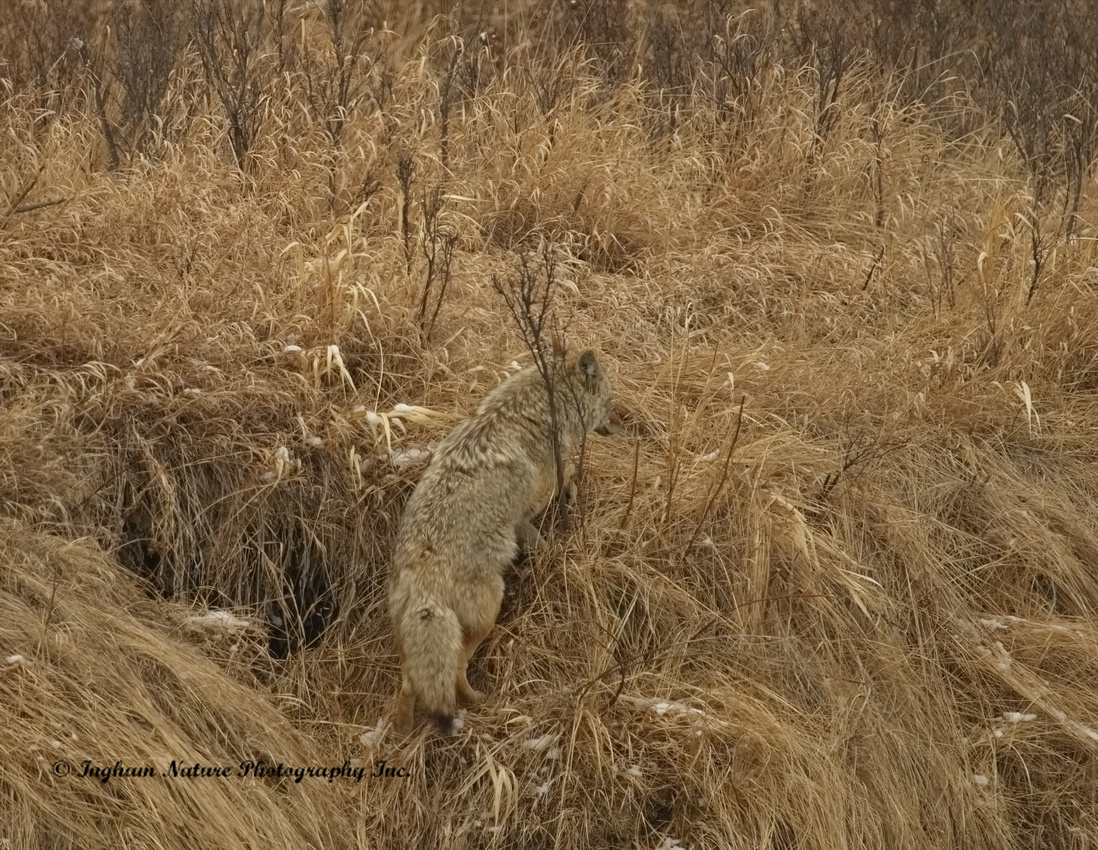