"PULLED ON MY HEART STRINGS"

Ravens can appear in folklore as positive or negative entities.

In Northwest Coast mythology, Raven is the powerful figure who transforms the world.

In the natural world, some view them as dark, noisy birds who can be quite intimidating because of their attitude, size and plain looks.

Two years ago, a pair of ravens decided for some reason to build their nest in my columnar fir tree in my backyard. They decided not to go with the huge fir trees in the green space close to my property. Perhaps they felt it was too busy with dog walkers, etc.

As it was early Spring, I did need to access the backyard to gardening, etc.  On my first attempt, I was greeted by two somewhat vocal ravens. So we had a "quiet discussion". "You can have that quarter of the garden undisturbed by me for the duration of your nesting period and I need to access the other three quarters". And after that, no issues.

It was a great pleasure to watch these parents fly back and forth bringing food to their two youngsters once they had hatched and then to see the two fledglings sitting on the wooden fence waiting for their parents to bring back the goods.

Unfortunately, they did not return to nest the following year. Maybe they were new nesters and realized that there were much bigger trees out there to raise a family. I did miss them.

Ravens mate for life and like American Bald Eagles, they usually confirm (or re-confirm) their "vows" early in the New Year. Last year I was very fortunate to witness and photograph a pair of Bald Eagles doing just this in a tree and it went on for quite some time.

I happened upon this couple in the process of their vow exchange and it literally pulled at my heart strings. Their looks are so tender and the silver colouring in their wings, striking as the sun brought out the highlights. May they have a long and successful partnership! 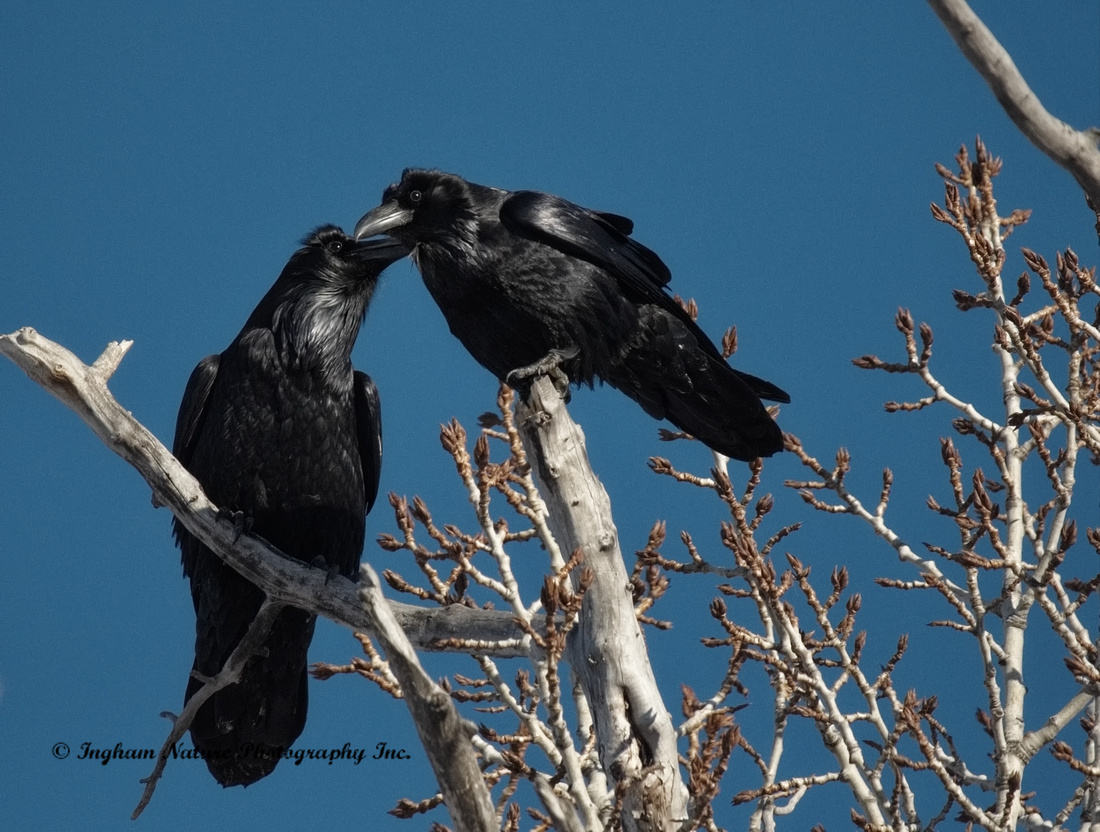 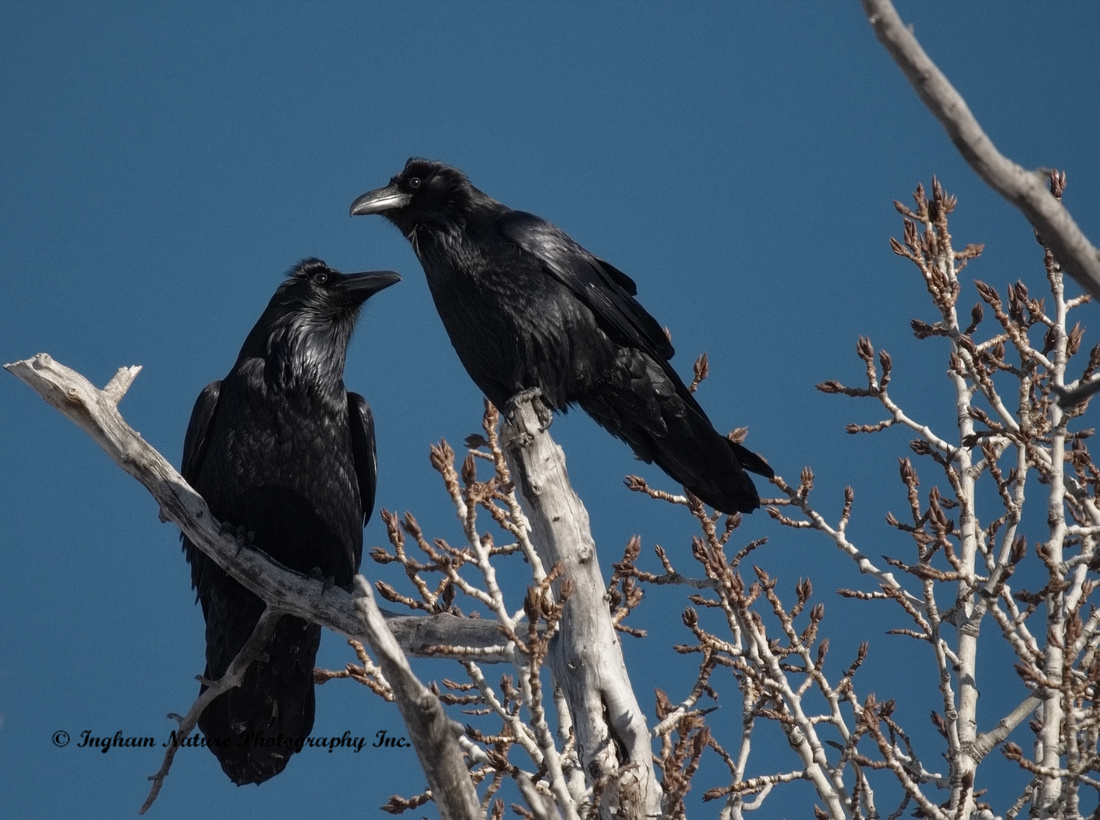 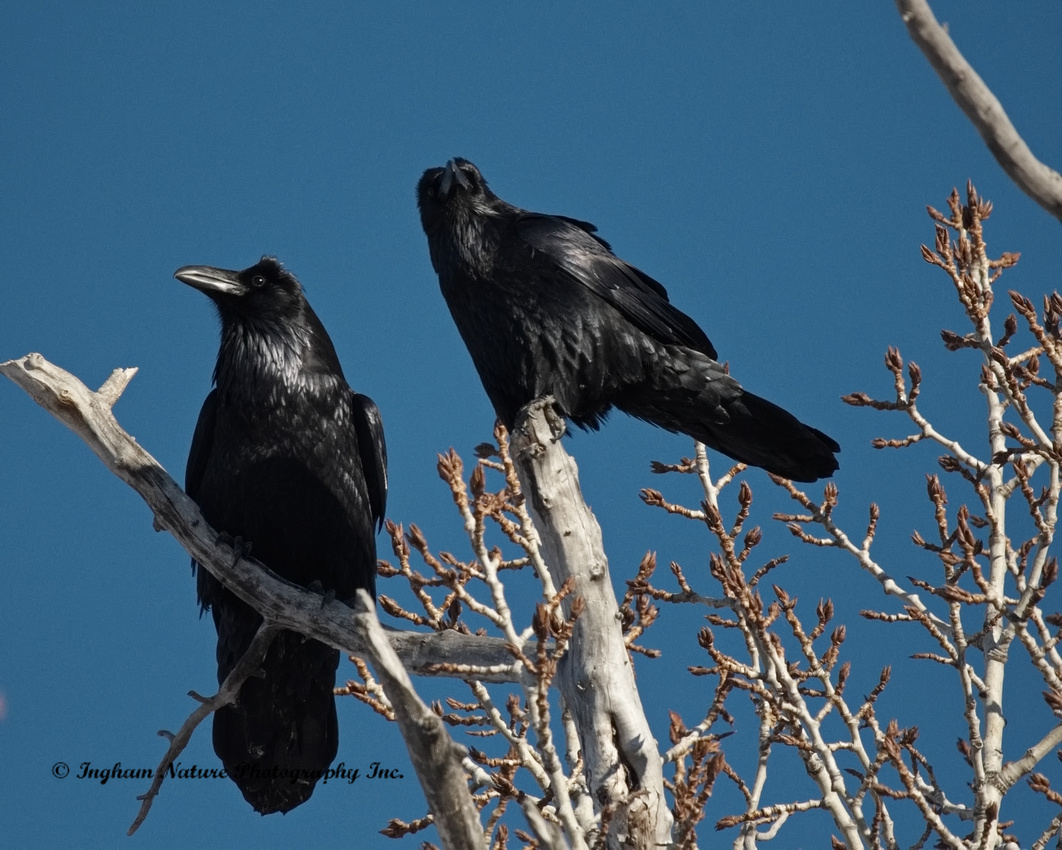