So I was at the new potential mink site by a division of the Bow River, when I looked north and noticed two Merlins perched high in a dead tree. This tree is frequented by Ospreys and American Bald Eagles because of its proximity to great fishing waters.

I was a little perplexed as to why they would be perched in a tree so near water and facing that water and not looking towards the meadow/treed area to the east.

A few minutes later, one of the Merlins flew downstream towards me and landed in a nearby tree and then all became clear. The adult was catching dragonflies for its meal. It did this several times flying above the river and then into the creek area. It probably caught three dragonflies in a short time. A little while after, the fluffy juvenile showed up. By its appearance, it had gotten a little too close to the water. Probably an unsuccessful attempt having watched its parent perform the amazing aerobatics.

I have seen a Merlin with a swallow but this is the first time, I have witnessed them pluck dragonflies from the air! That has to be "Top Gun" material!

In some of the photos, you will see mayflies, a favourite meal for the dragonflies. So once again, the predator becomes the prey.

And yes, you will see a difference in the sky colour. A "gift" from Nature as the sun disappeared behind clouds, partially and then completely and a haze was still in the air. 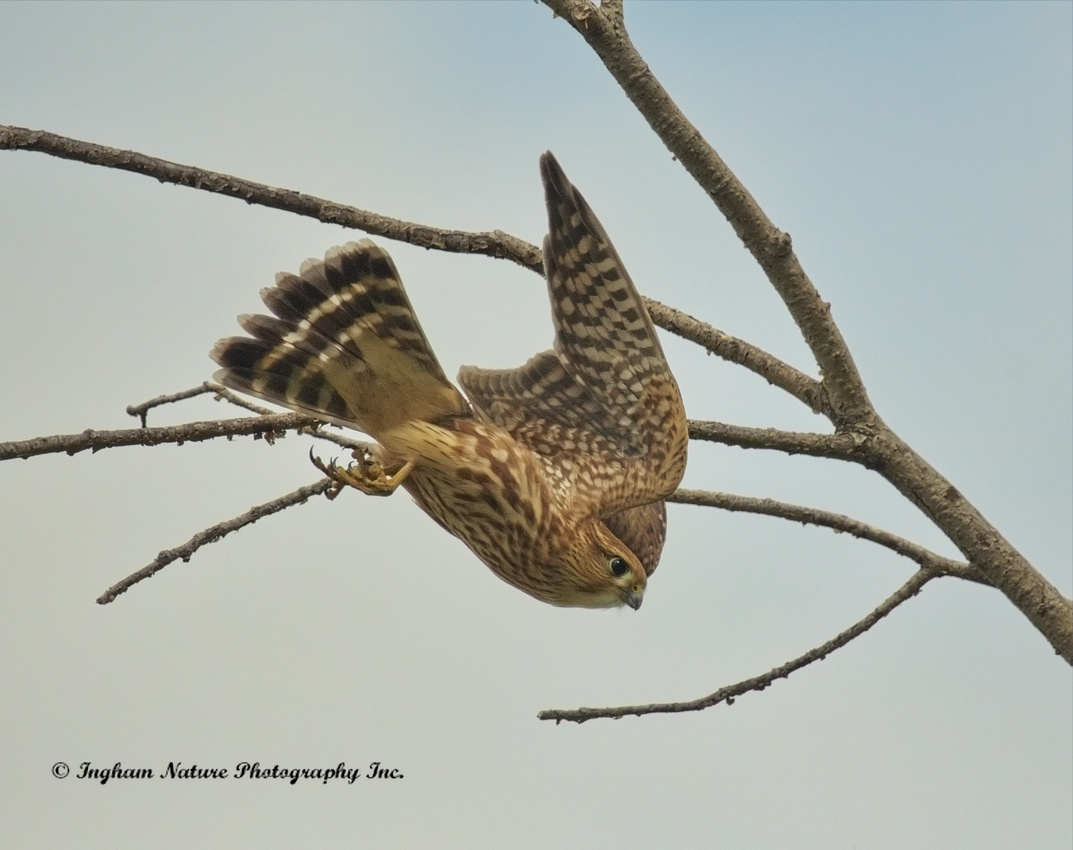 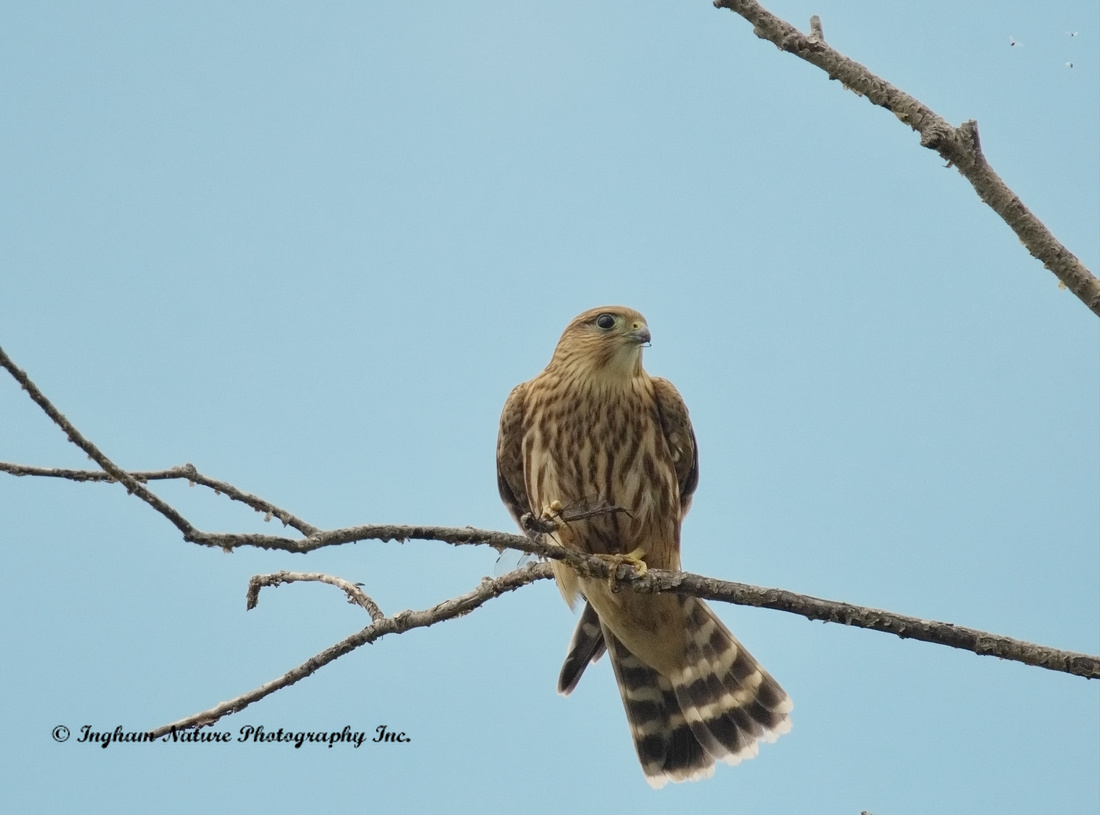 PHOTO #3 - "Having a Dragonfly for Dinner" (Adult) 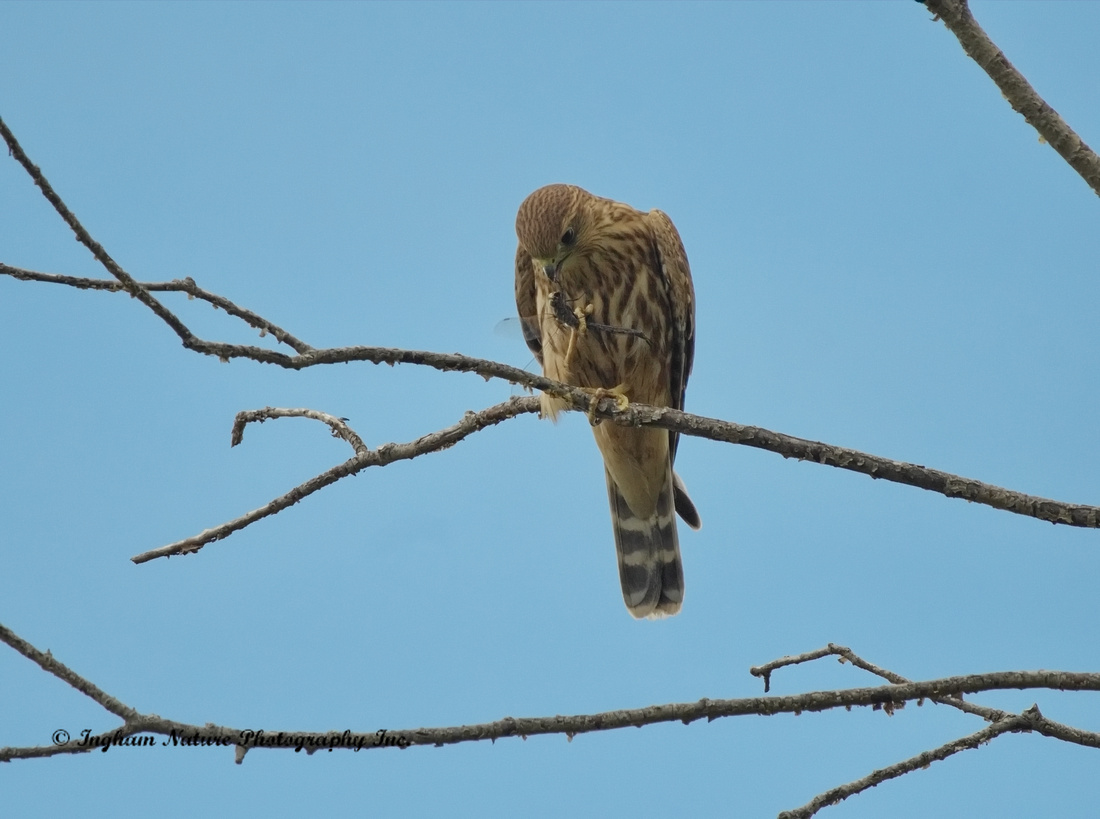 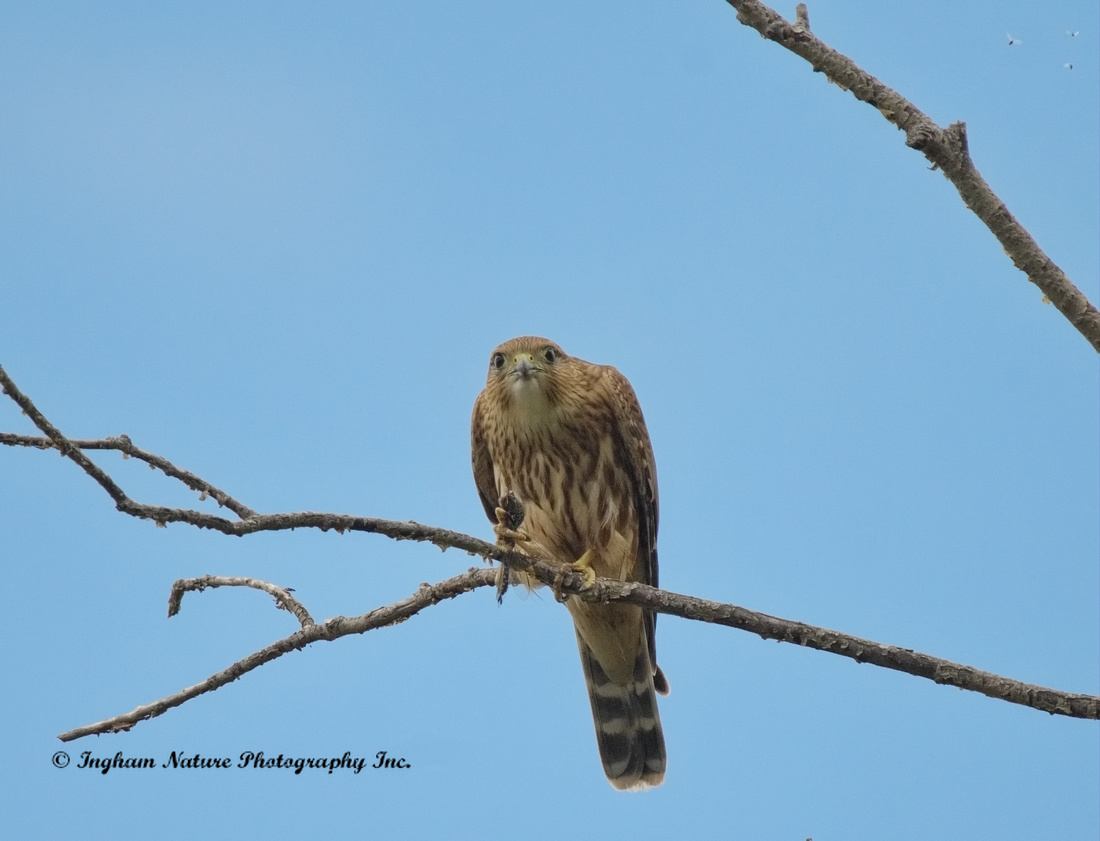 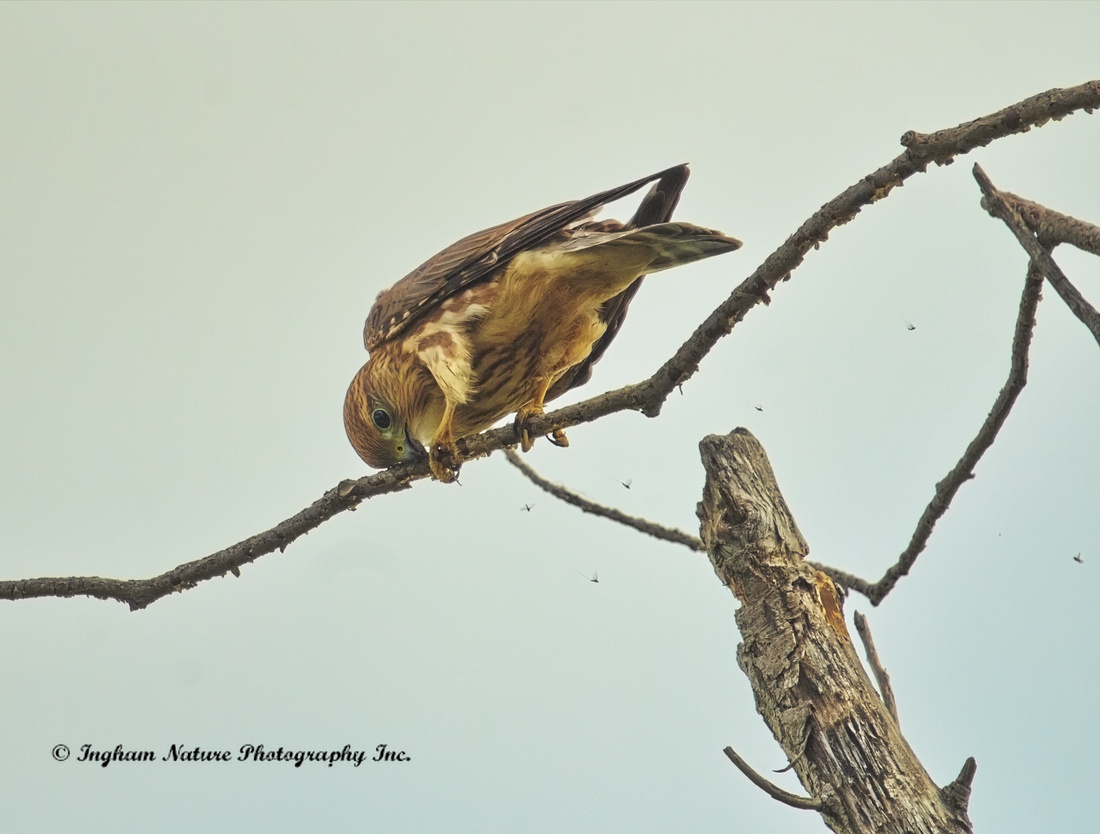 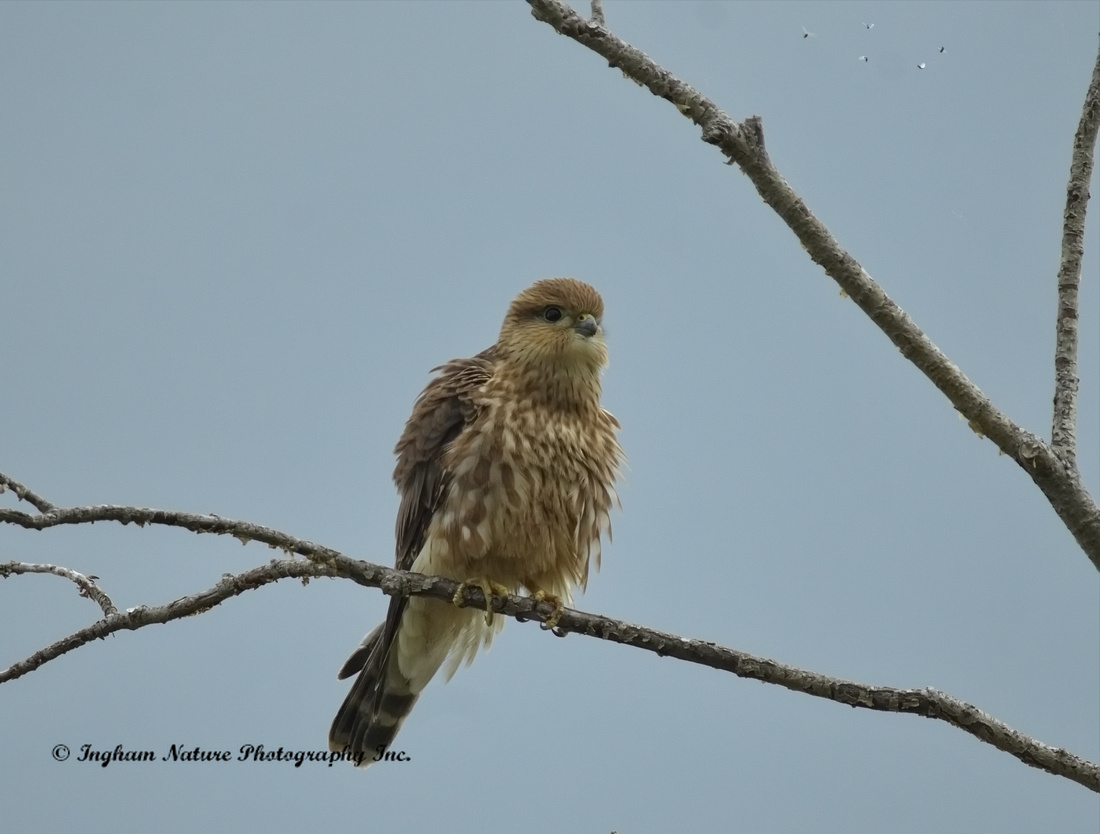 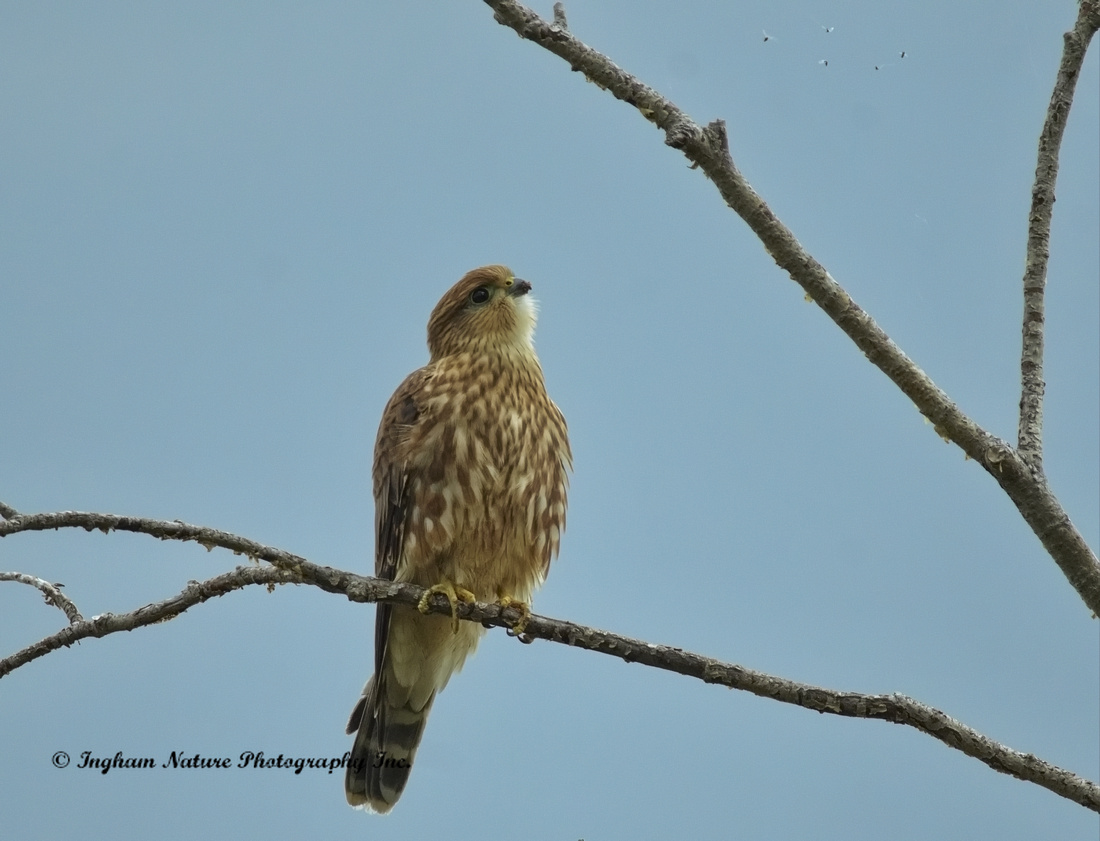