Well, hopefully everyone is not going, "Not another blog about porcupines!"

This is Little Bo P, offspring (a male, we believe) of Winnie P. Caught him up in a tree late one afternoon. The weather was overcast, windy and threatening with showers.

Generally when I am watching wildlife, I survey the surroundings, including trees & vegetation to gauge light and what potential backgrounds there may be when the bird or mammal, in this instance, changes position. As I was watching Little Bo P, I noticed that there was a large tree cavity where an extremely large branch had broken away. It was below a small tree limb just under the branch where Little Bo P was sitting. "Wow", I thought, "What a great shot that would make if a certain porcupine climbed across and down that area!"

Well, the thought went out into the Universe and as it began to spit with rain, to my surprise the little porcupine did that signature move of the tail swing to the front of the branch and down he began to climb!

Watching his progress, it brought to mind those images I have seen of rock climbers descending, as they swing across the mountain and try to find their footholds at each step.

After a few minutes, another successful descent for this little porcupine. He then disappeared into the brush and briefly reappeared, only to disappear again into several fallen tree trunks where no doubt he curled up for a much deserved sleep.

For more photos of the little porcupine and his descent, please click link below:

PHOTO #1 - "PREPARATION FOR THE DESCENT" 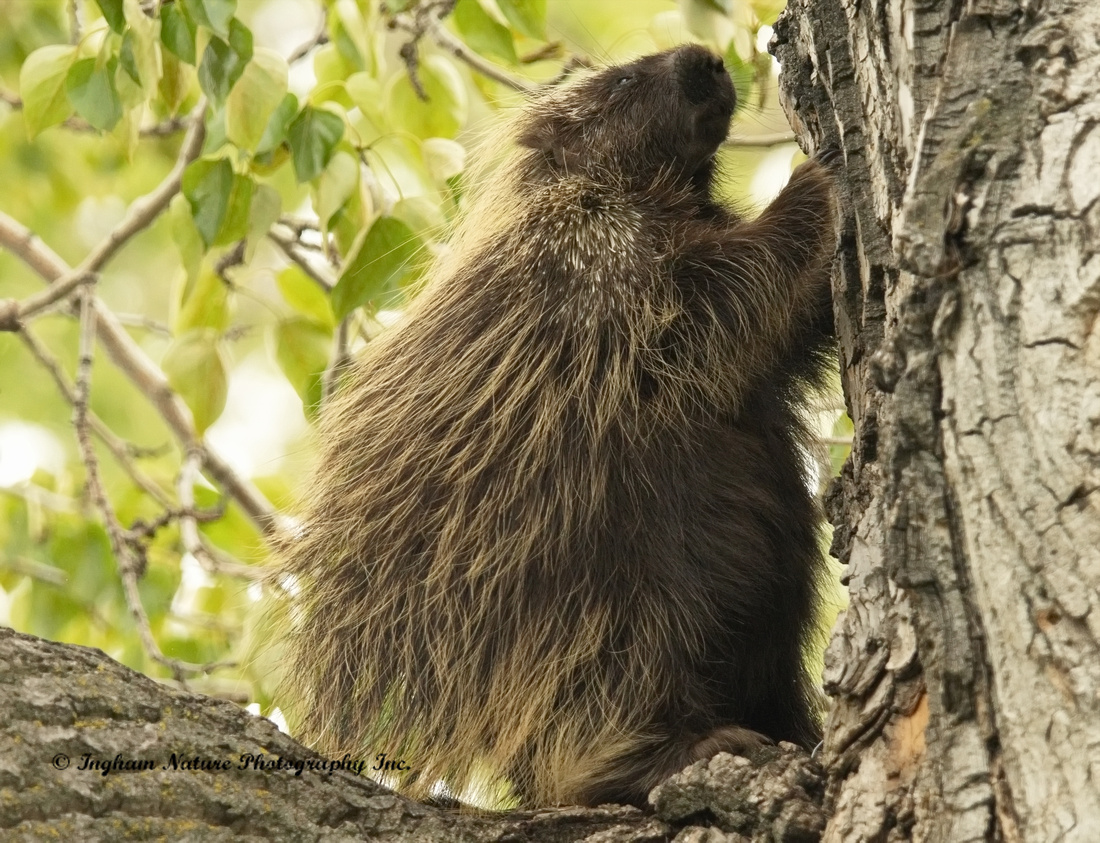 Porcupine - North American"PREPARATION FOR THE DESCENT" 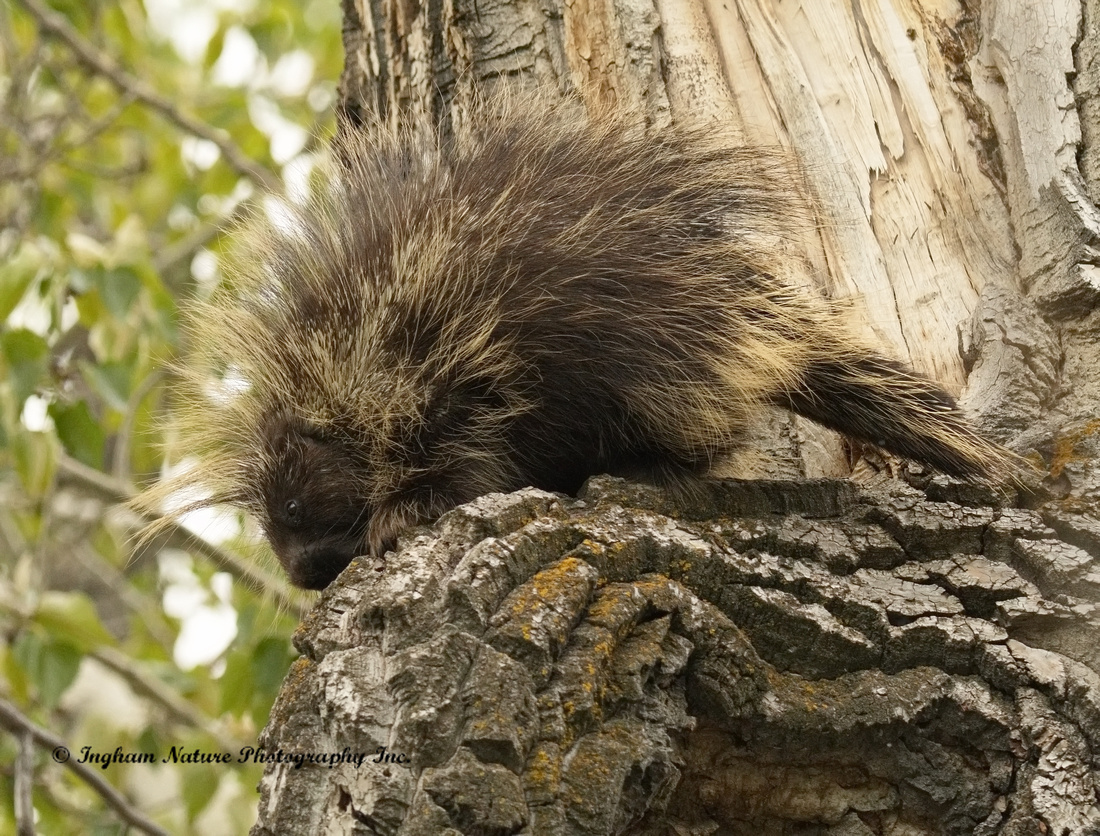 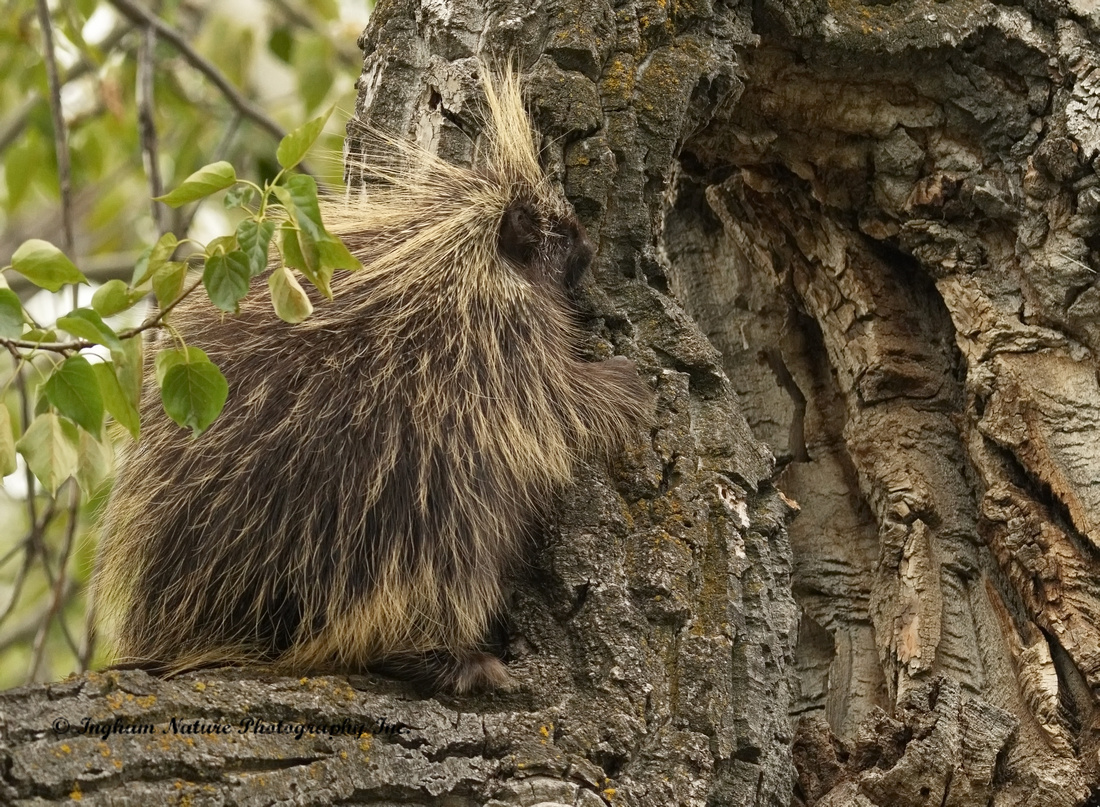 Porcupine - North American"READY FOR THE NEXT PHASE"

PHOTO #4 - "SWINGING OVER TO THE OTHER SIDE OF THE HILL" 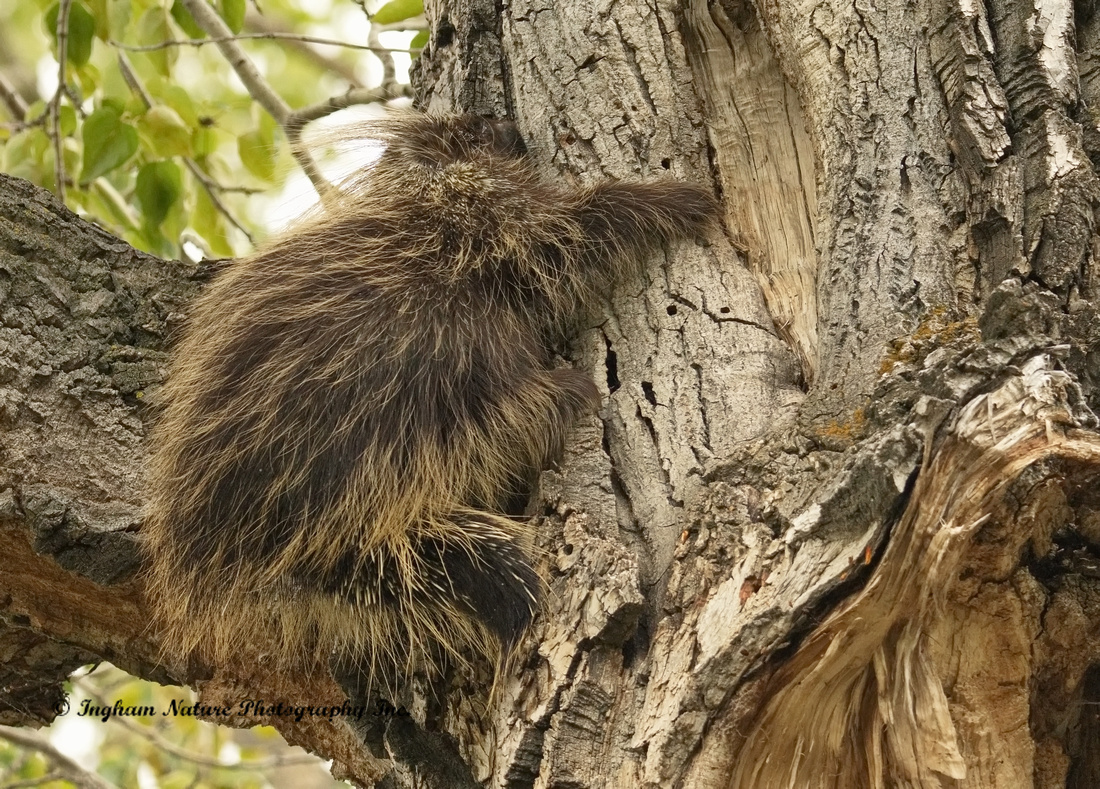 Porcupine - North American"HEADING TOWARDS THE CAVITY" 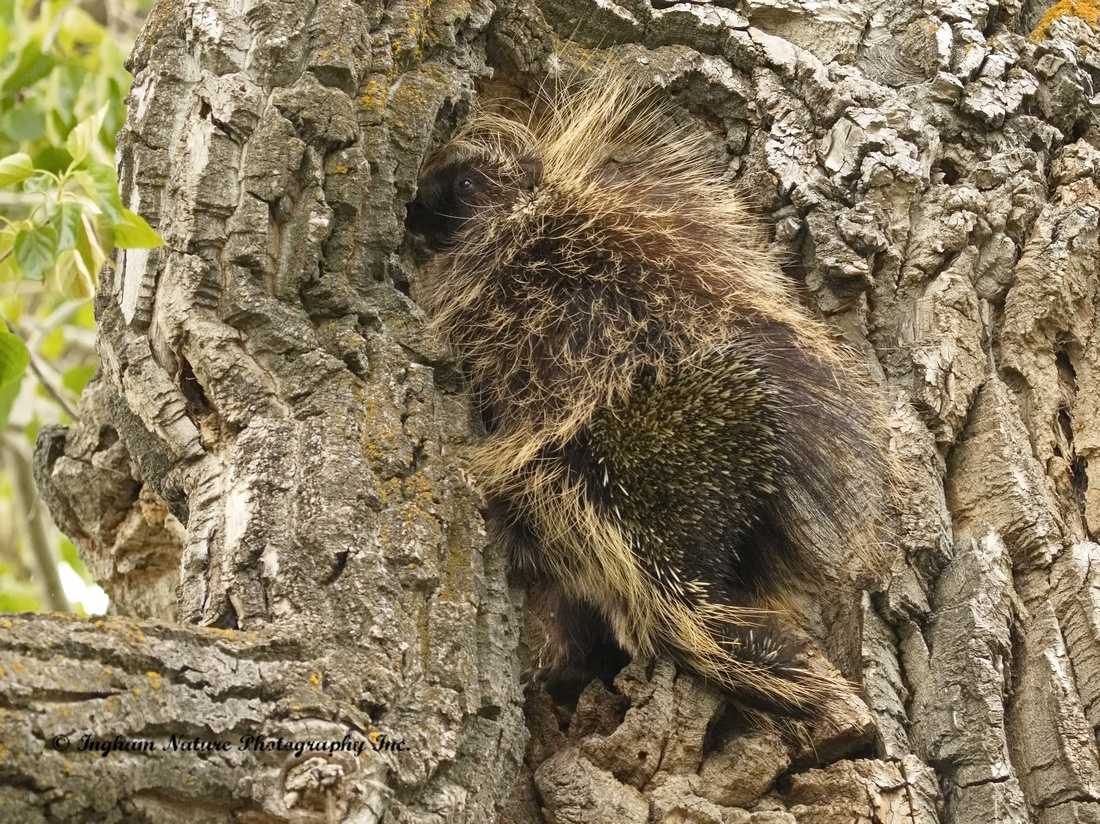 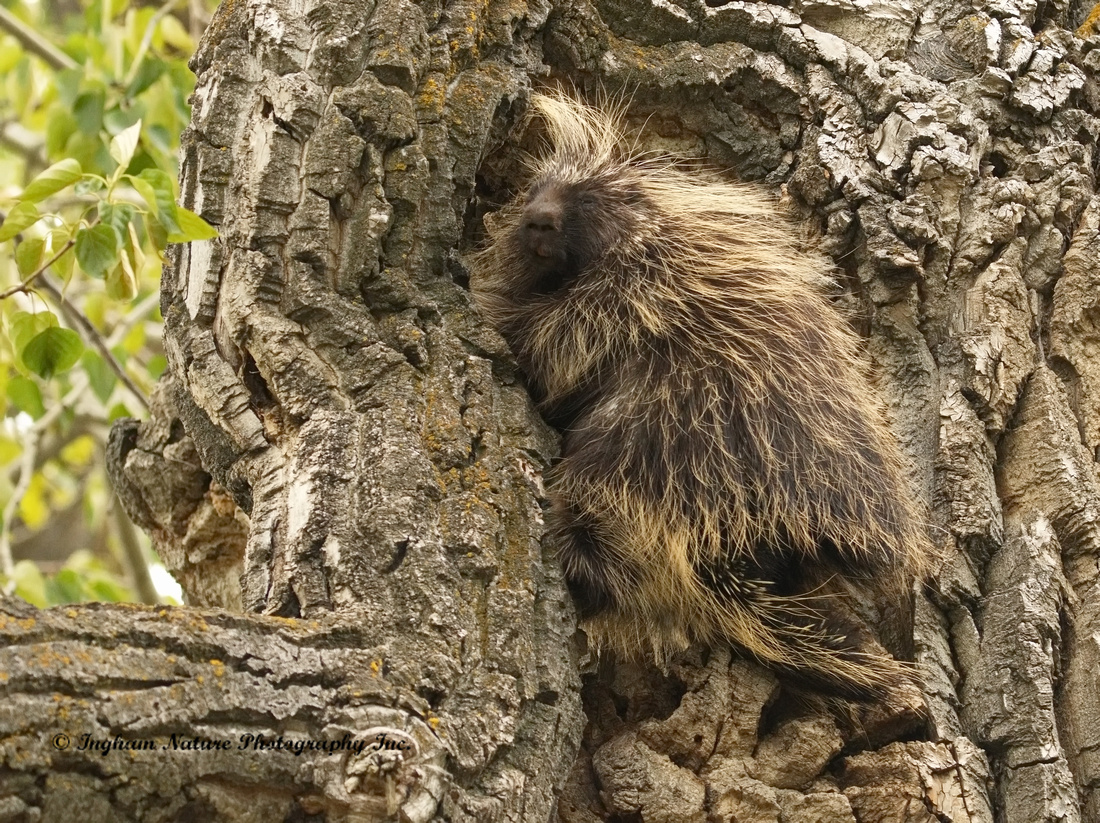 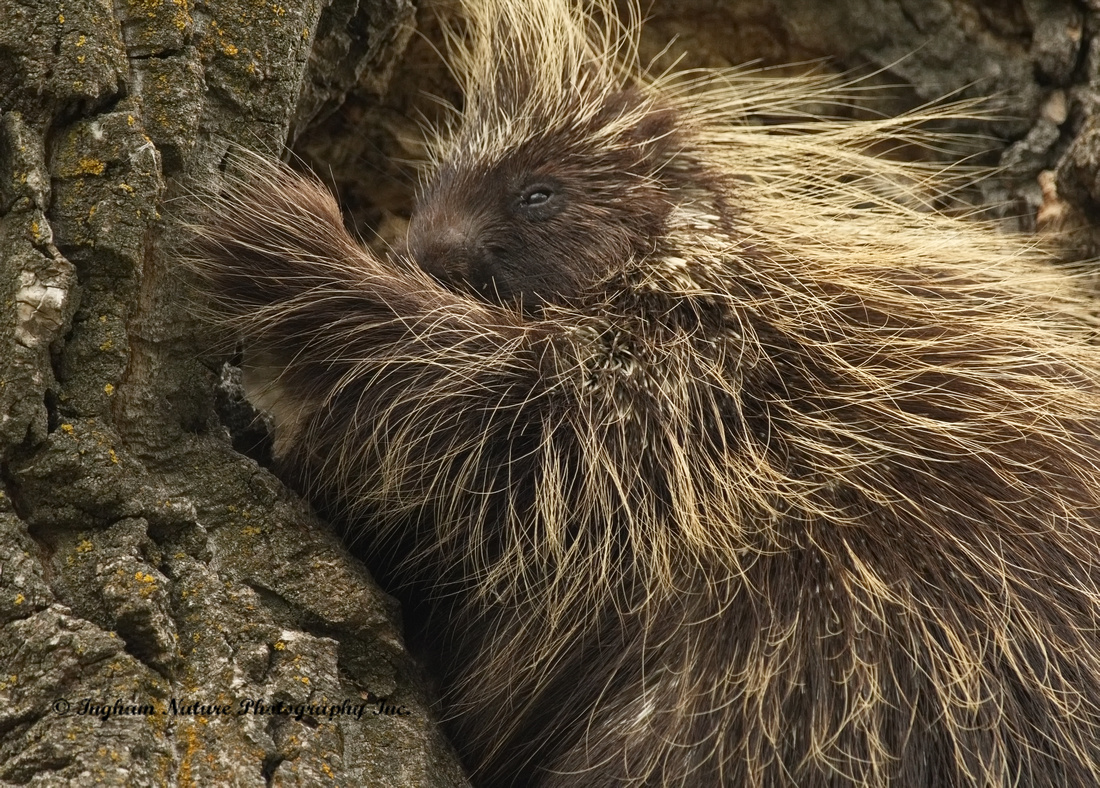 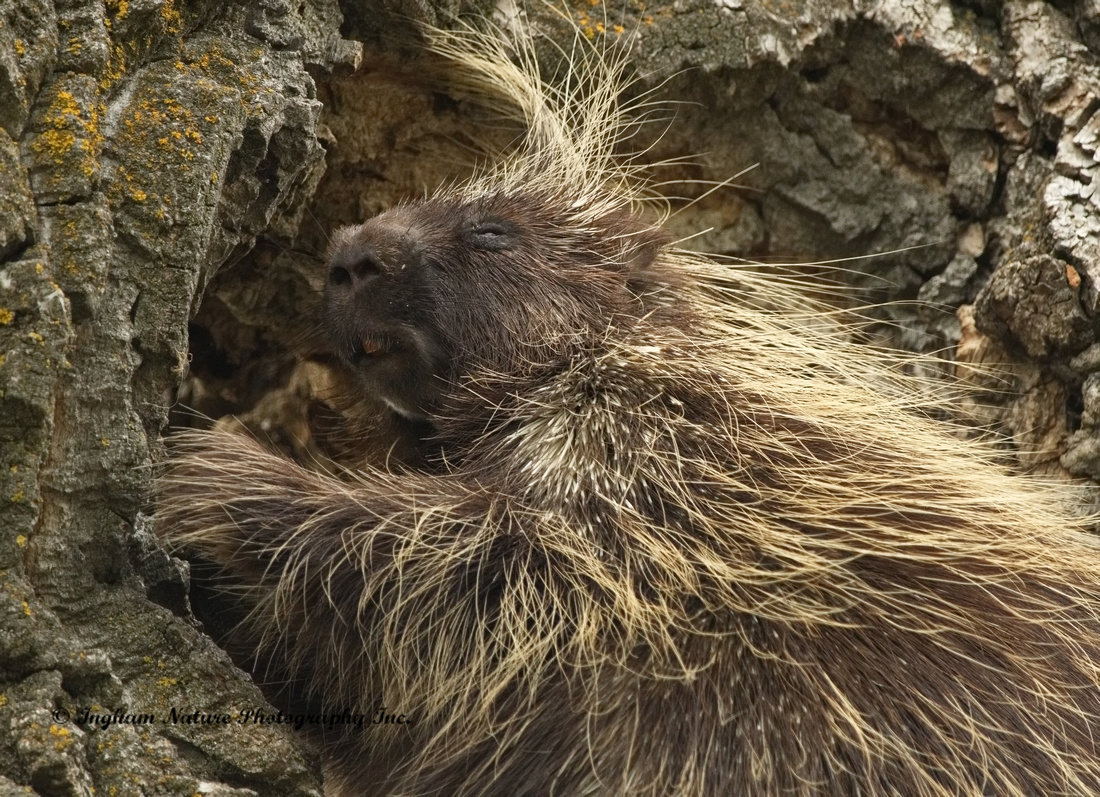 PHOTO #9 - "ANOTHER SUCCESSFUL DESCENT TO THE BOTTOM OF THE TREE" 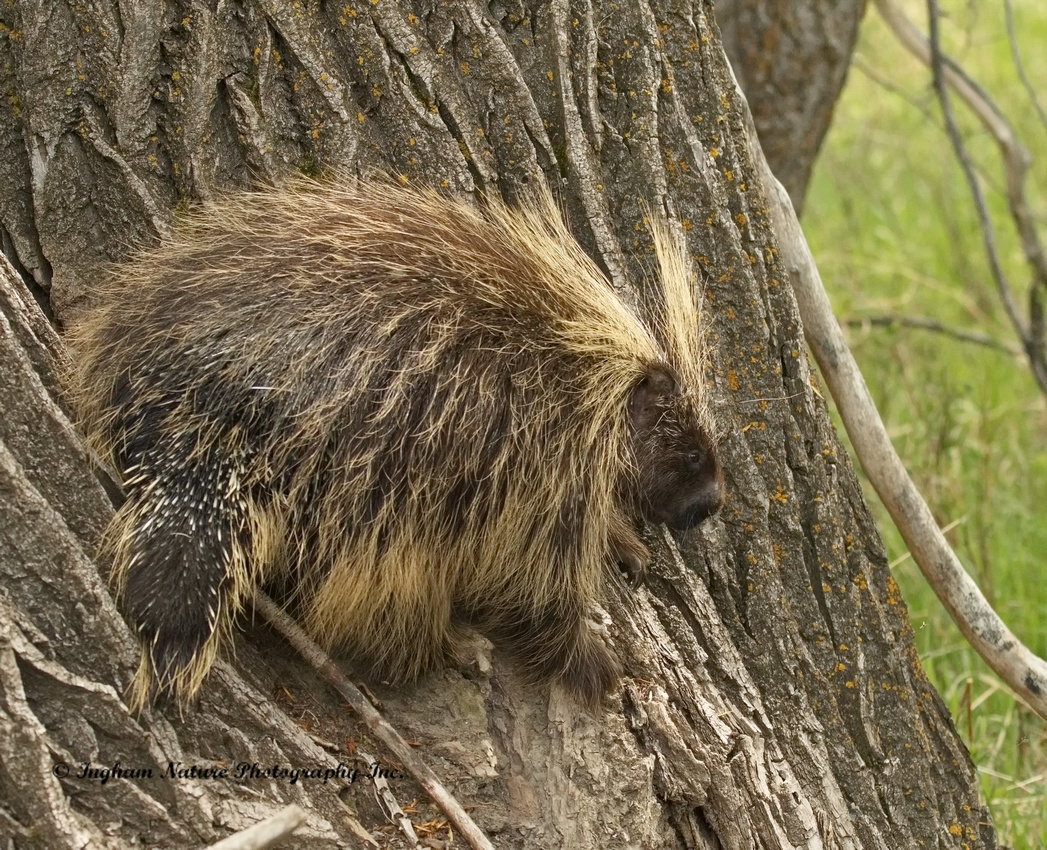