"WHAT IS A GROUP OF PORCUPINES CALLED?- Porcupine (North America)

"WHAT IS A GROUP OF PORCUPINES CALLED?"

This is definitely a "believe it or not" but please feel free to do some research.

I recently did a walk with Brian Keating (the naturalist who appears on CBC's Homestretch) and his wife, Dee, to check out the porcupines that I and a fellow photographer have spotted over the last few months. And true to Nature's whims, no porcupines were found. However, if anyone would like to hear his broadcast on our walk and his discussion on Canada's second largest rodent, please click the link:

And in the photos that follow, are the cast of characters (all with their individual names) who most likely now have returned to their nocturnal habits, with the warmer weather. As you will see from the photos, each has its own individual characteristics and personality. "P", of course, stands for Porcupine! 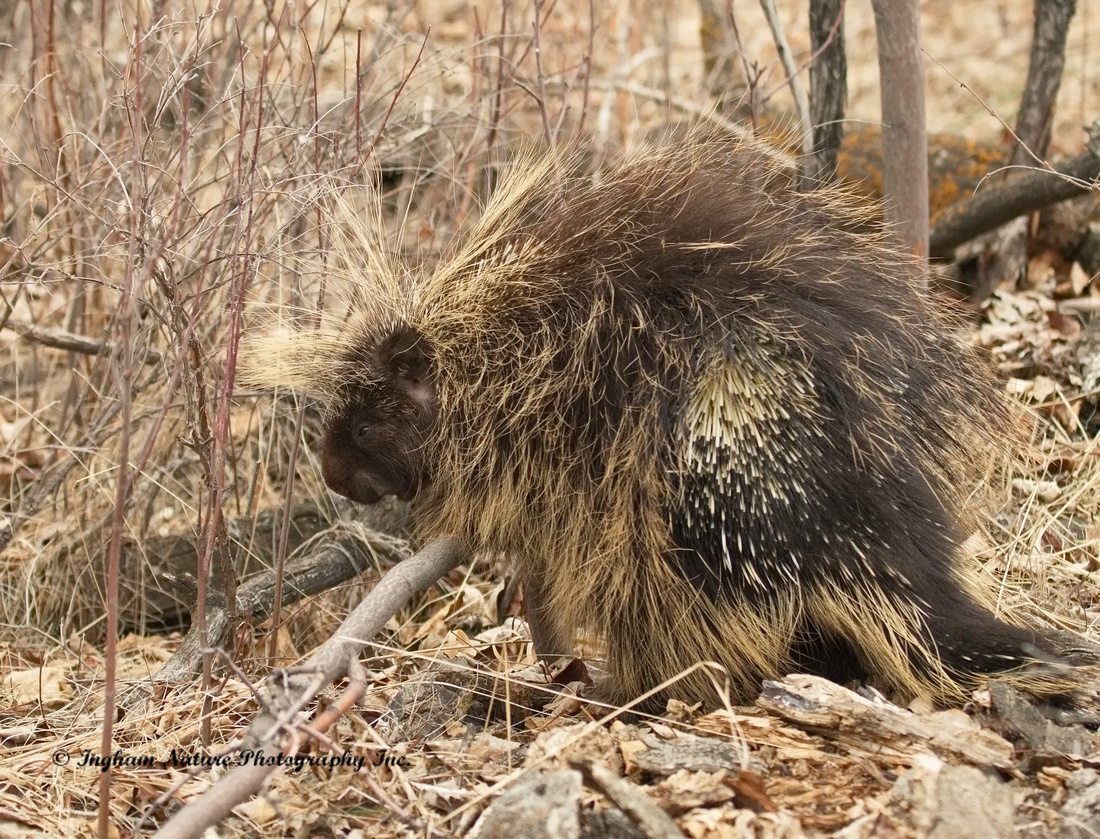 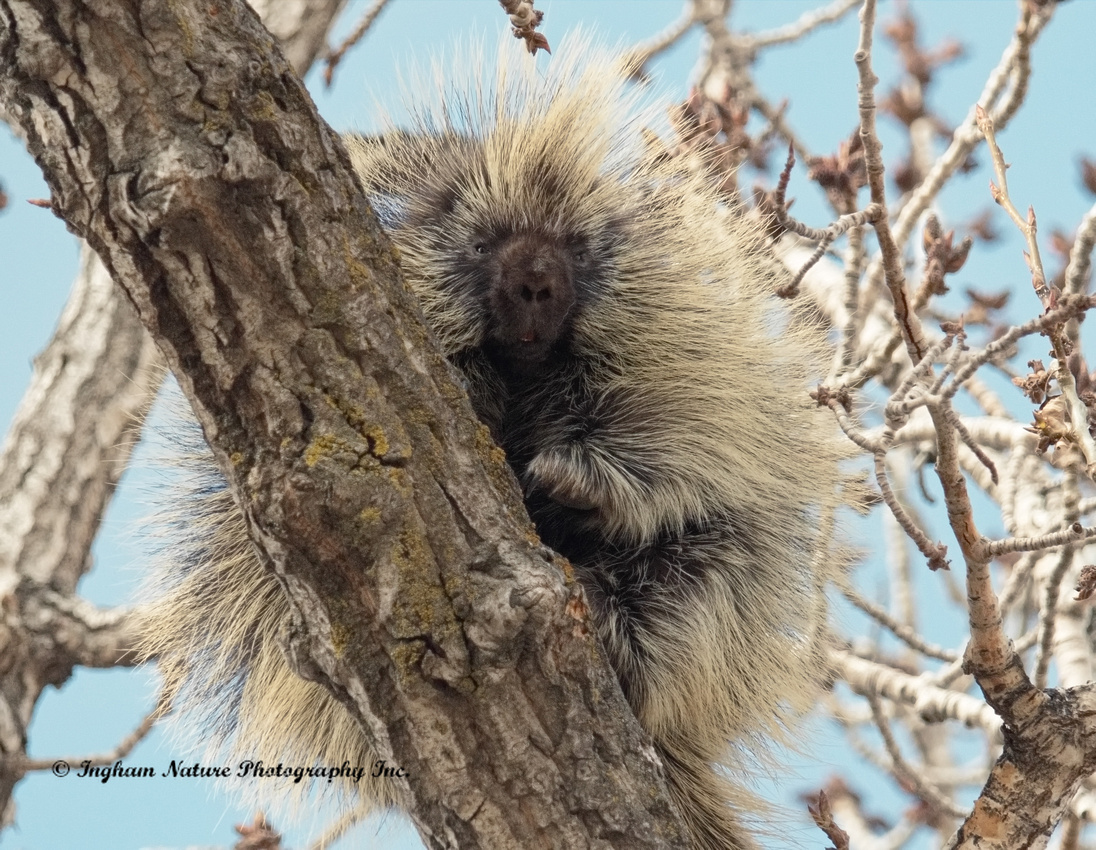 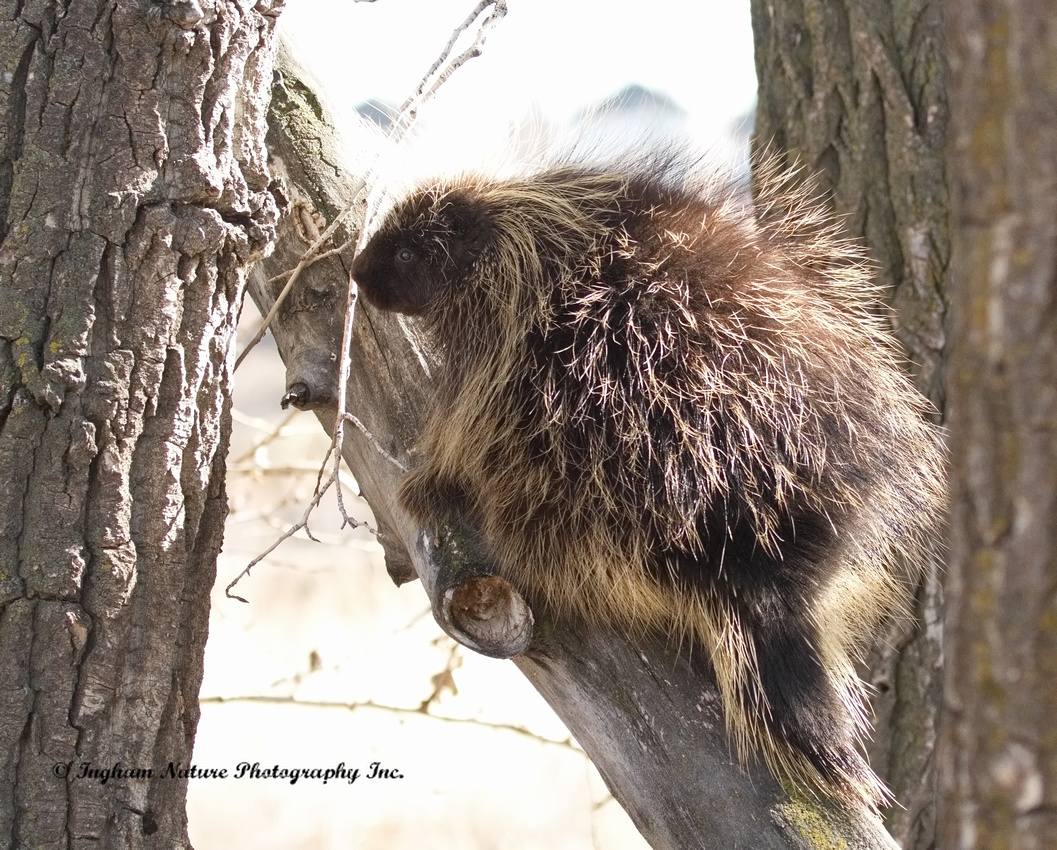 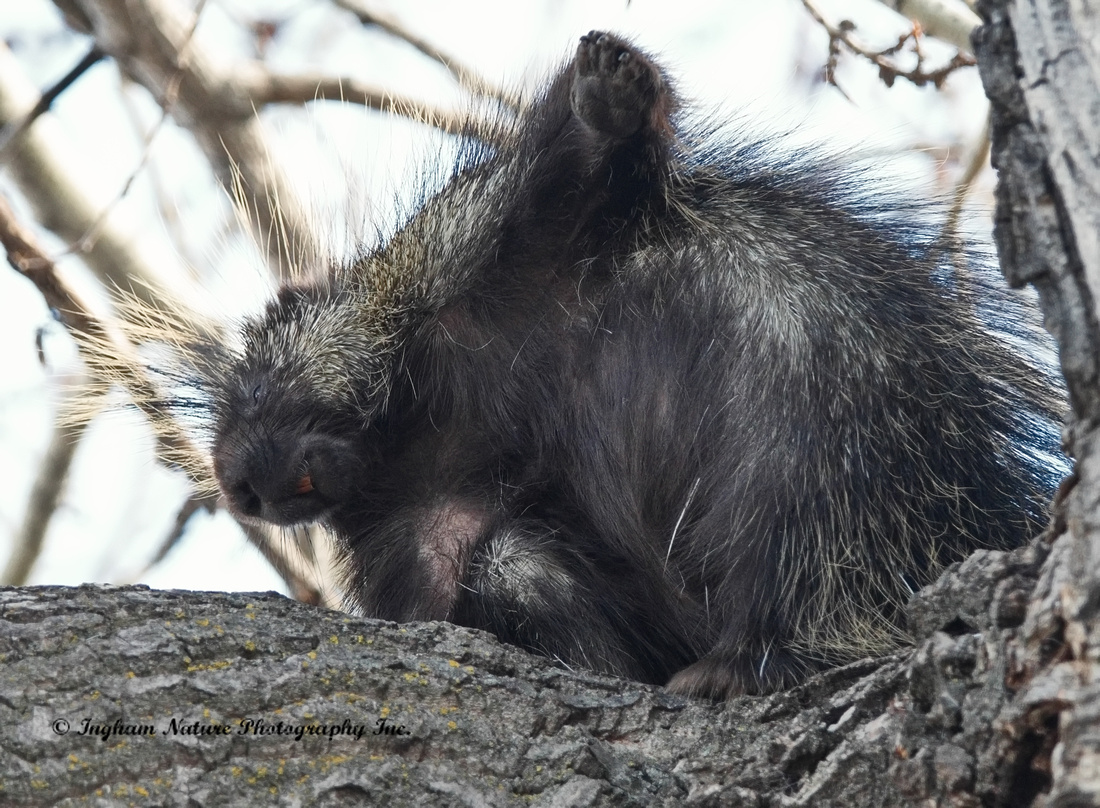 PHOTO #5 - "FRED P" - Because of his colouring, we believe Fred is the most likely candidate as Little Bo P's Dad. 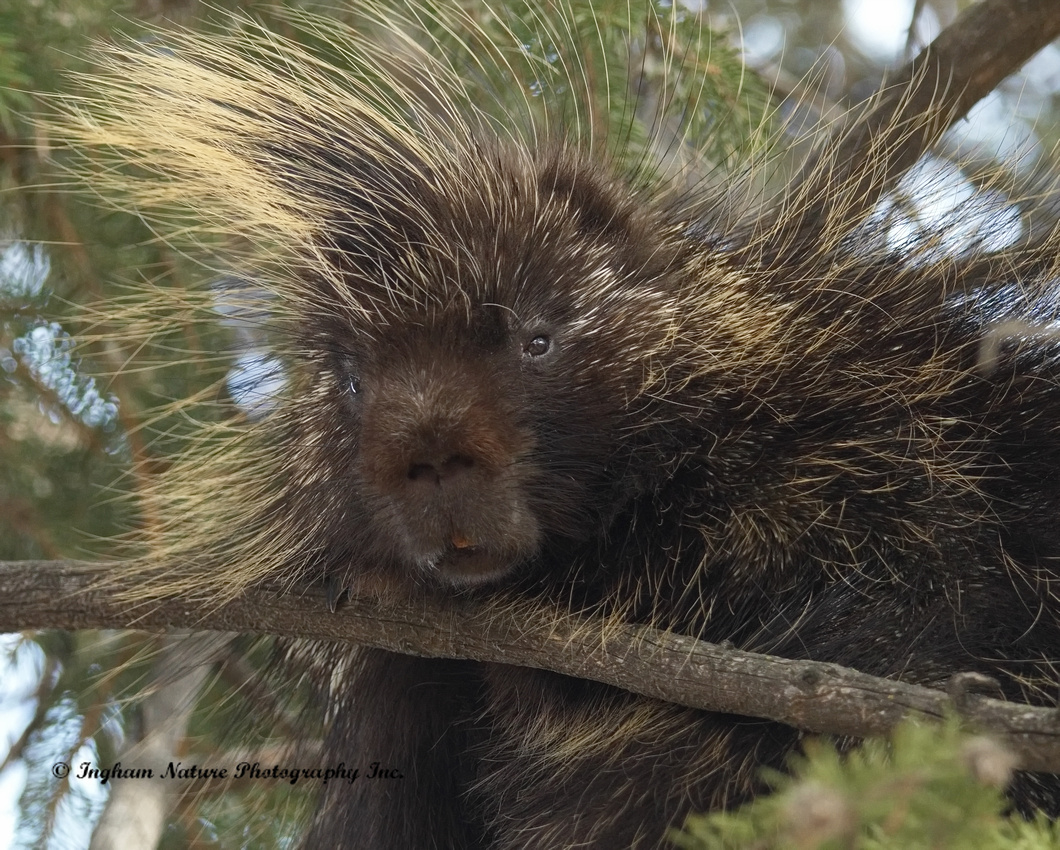 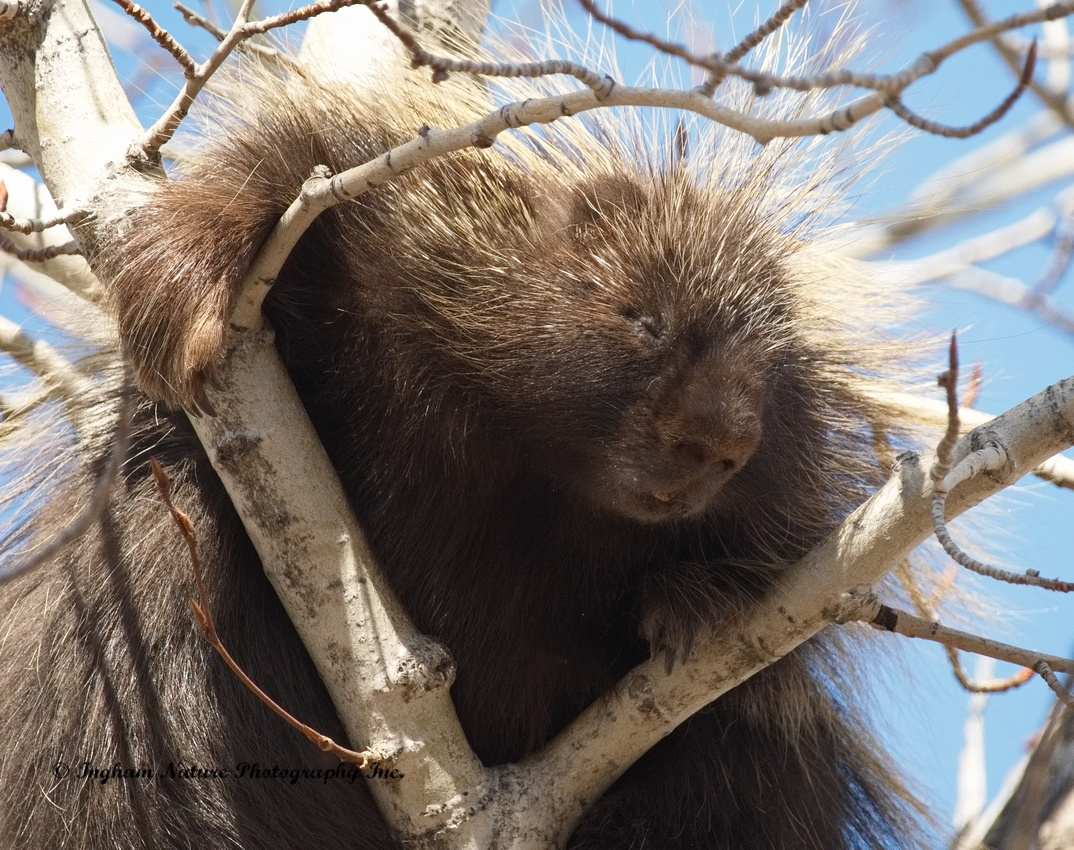 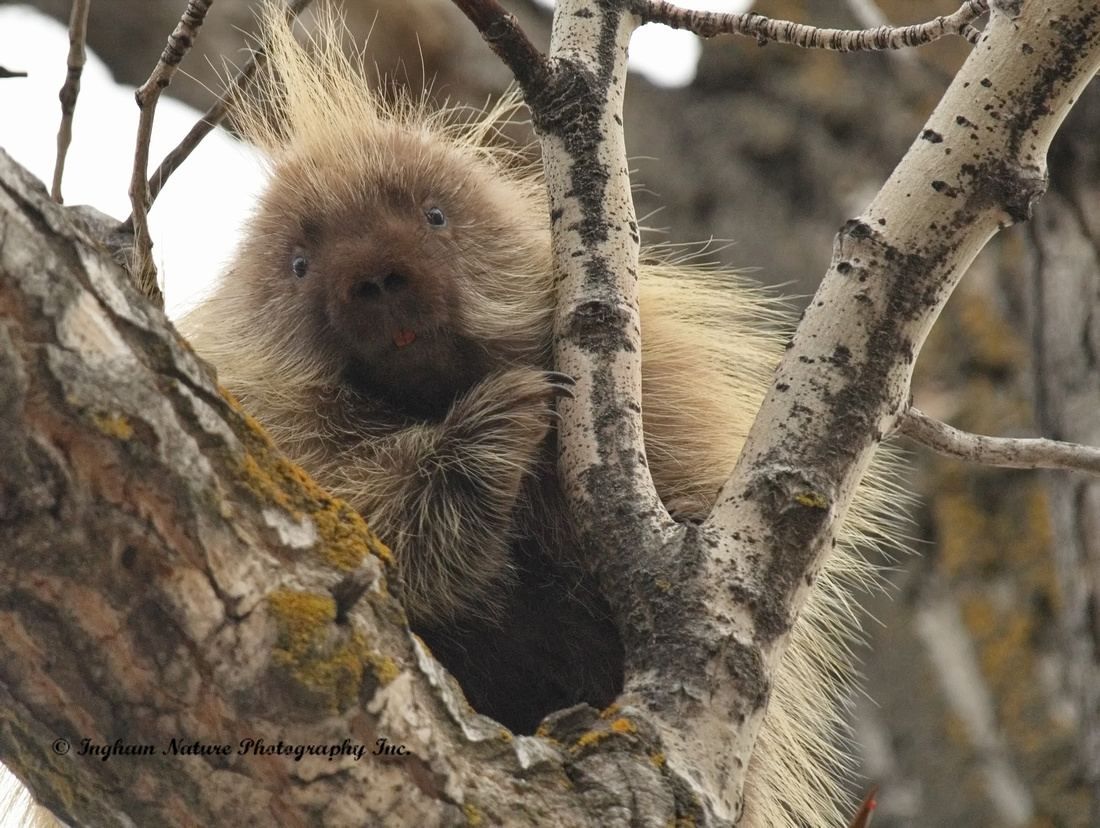 There is an eighth porcupine who we have named "Snew P" but due to its location, it has been extremely difficult to capture a clean shot.