Now most people wouldn't associate "sprite", its meaning being "a fairy especially one connected with water", with the North American Beaver.

Beavers are one of the few species that shape their environment and are known as Nature's ecosystem engineers. NOT BAD FOR A QUADRUPED (to quote that line delivered by Bill Murray in the movie "Groundhog Day")!!

That in conjunction with the magical appearance of the still water in this pond alone should qualify them as "Water Sprites". And then add in the fact they seem to appear and disappear in this one kilometre square network of ponds and channels, some of which have been dammed to increase the pond levels.

Then there was the night that I thought I finally had caught them in a great opportunity for a photo shoot. There was a leak in one of the dams where I had positioned myself. Yes, one beaver, then another showed up, each contributing one branch to the dam and disappearing. "Hey" - I thought beavers were supposed to be obsessive about leaks and running water. When I returned the following evening the leak had been plugged. I guess the late night shift kicked into gear!

PHOTO #1 - "SO THAT'S HOW THEY STAY UNDER WATER SO LONG, THEY USE SNORKELS!" 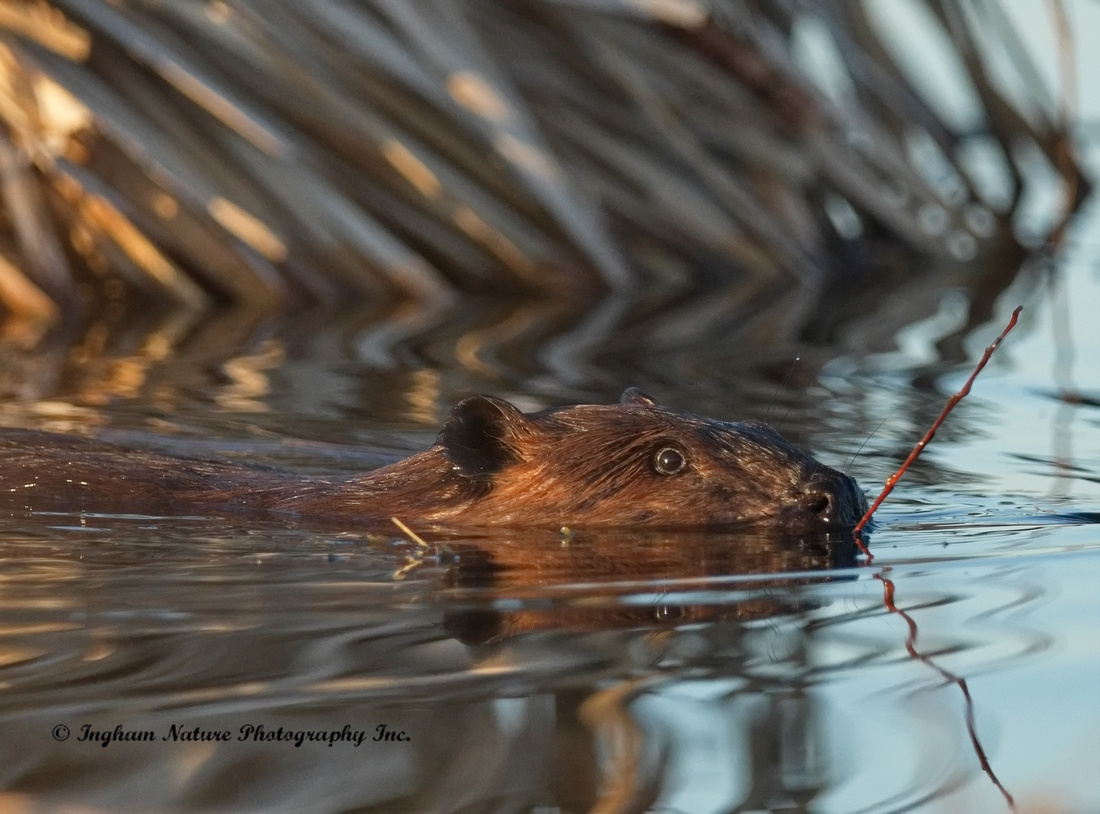 PHOTO #3 - "SO THAT'S HOW BEAVERS KEEP FIT, THEY LIFT WEIGHTS" 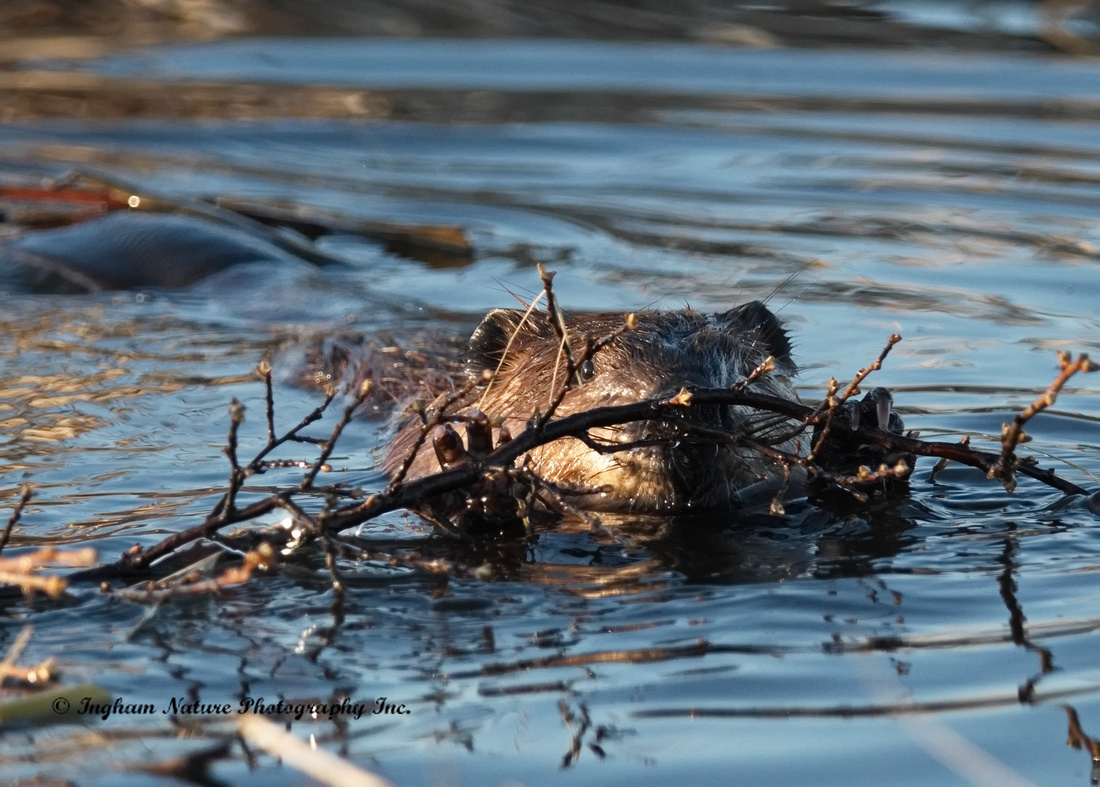 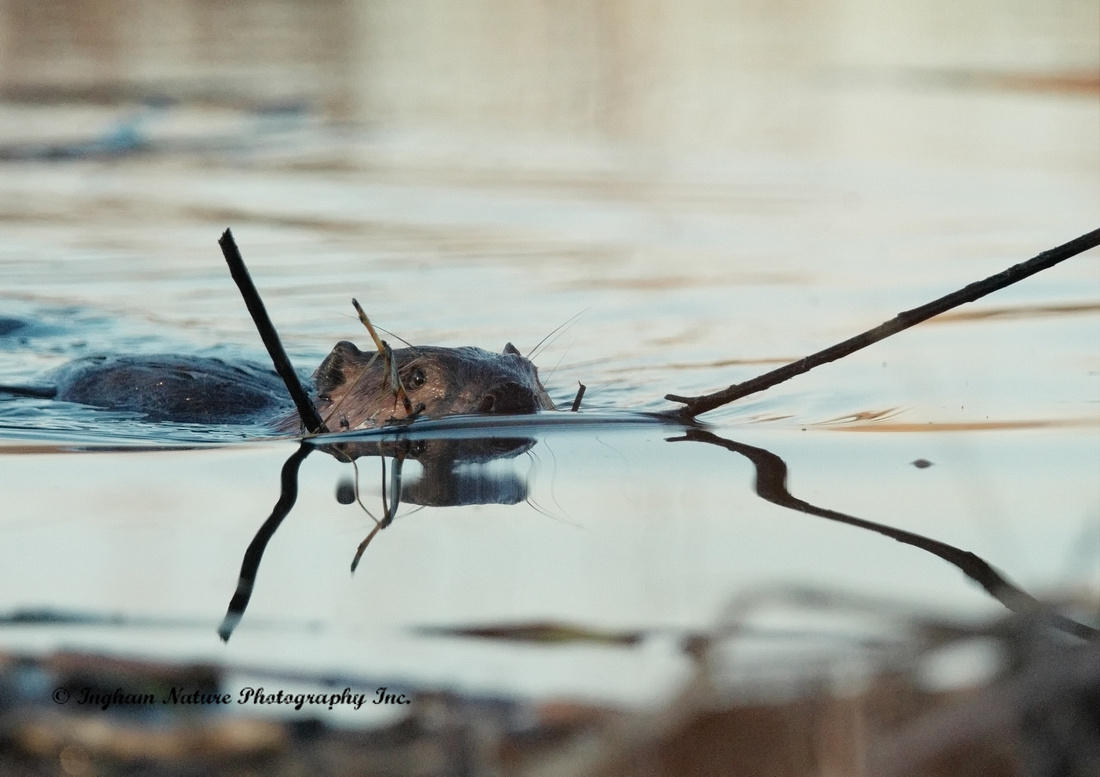 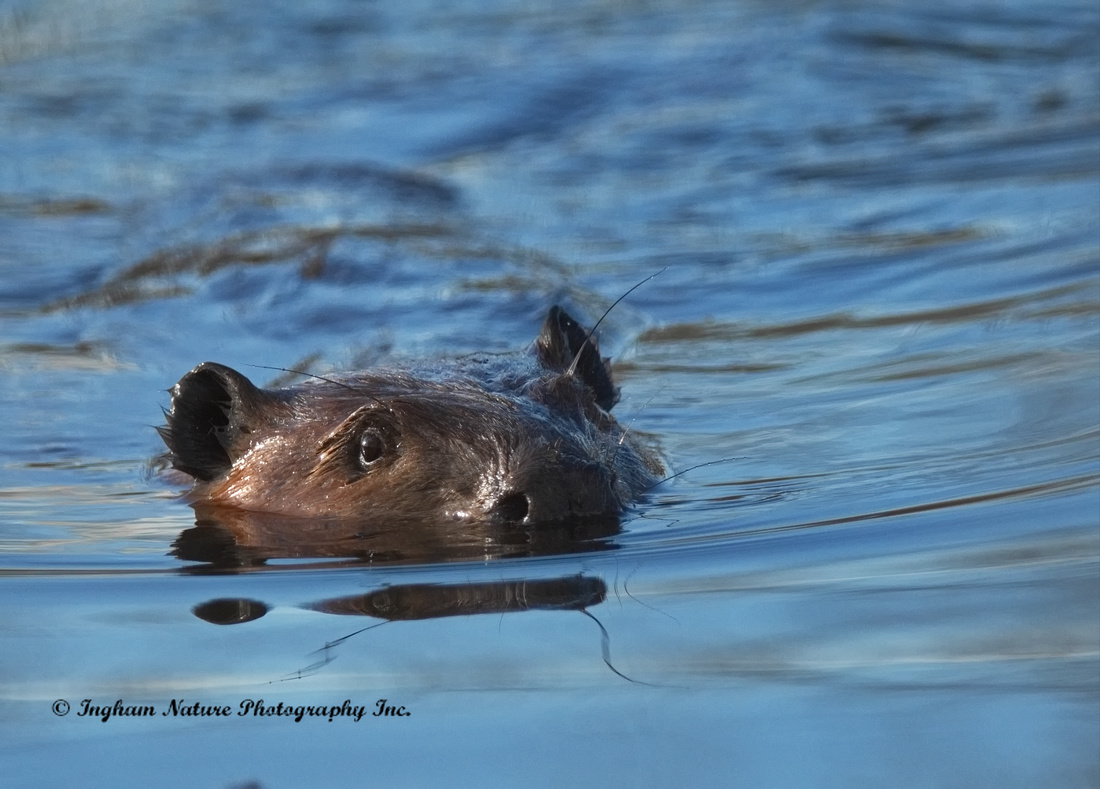