"RETURN OF THE BEAVERS"

This beaver family lives on a rather large almost circular pond, in a lodge that if it gets any larger, the beavers will need to apply to the City of Calgary for planning permission.

The pond has been ice covered until recently. Now about one-third of the edge has melted, about 3 to 4 feet away from the land's edge.

I took a chance last evening to see if there was any beaver activity. Normally, when the pond is completely free of ice, it is difficult to see the beavers as they navigate their way across the pond, out and into the nearby channel system. Because of the melting edge, I was able to see three beavers.

Two of the beavers appeared to be immature ones, probably not more than just over a year old. The third one was more mature and larger and was the only one to actually go up onto the grassy edge to collect material for the beavers' underwater pantry. (See Photo #3)

The two young beavers, for the most part, stayed close together, swimming, diving and then resurfacing. However, every so often they would slap their tails and dive into the water. On one of the early instances, they had resurfaced close to me (of which I was unaware), slapped the water hard and then disappeared. I couldn't help but almost jump at the sudden slaps.

At first, I thought they had spotted me but as they repeated this exercise several times, I noticed that they always did it with their tails close to the sludgy soft ice edge and their bodies facing outward. What, I believe, they were doing was working to break up the ice edge and flow and increase the free flowing water of the pond, which would allow them more freedom from the shore.

And as you will see from Photo #3, beavers never make it easy on themselves. It had to try for that top part of the sedges and rushes. It eventually managed to grab the grasses and disappeared down under the ice, to that underwater pantry.

I have another beaver family to check out. This lodge was flooded out in Calgary's big flood in 2013. I have noticed, however, there has been "new build" in the area. Hopefully, this will be the first of many photos of these busy creatures to come. 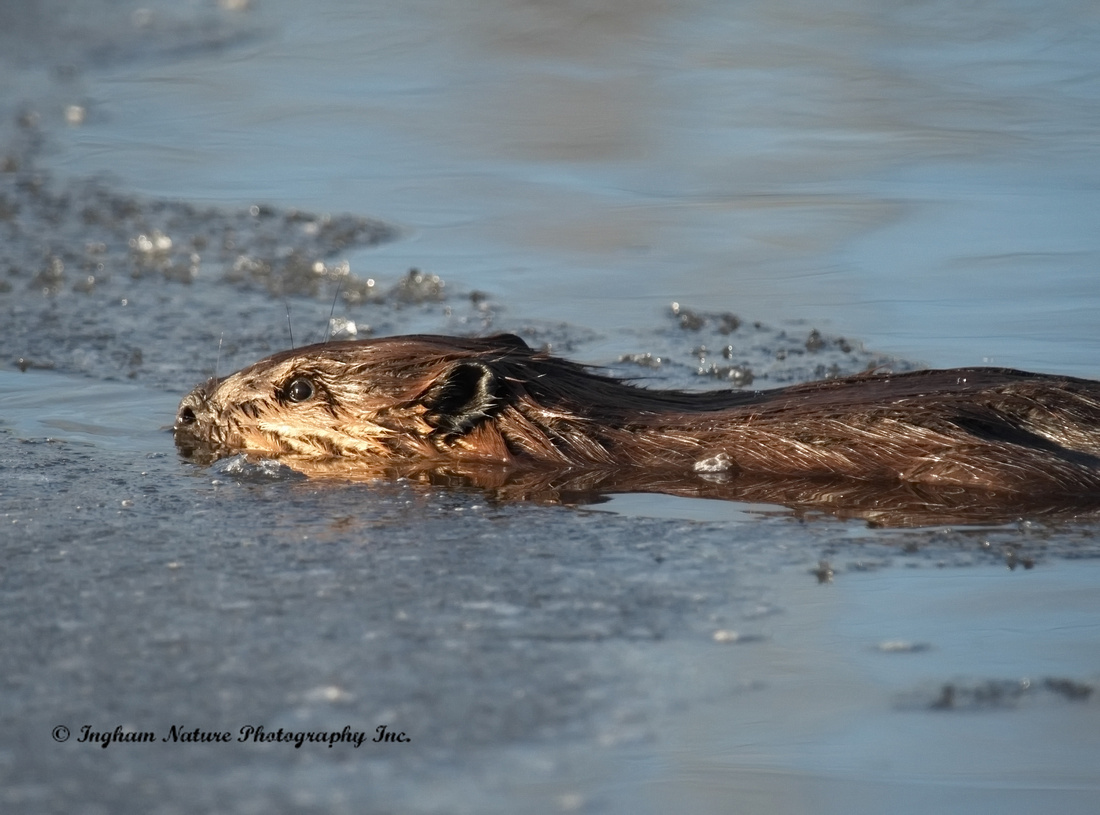 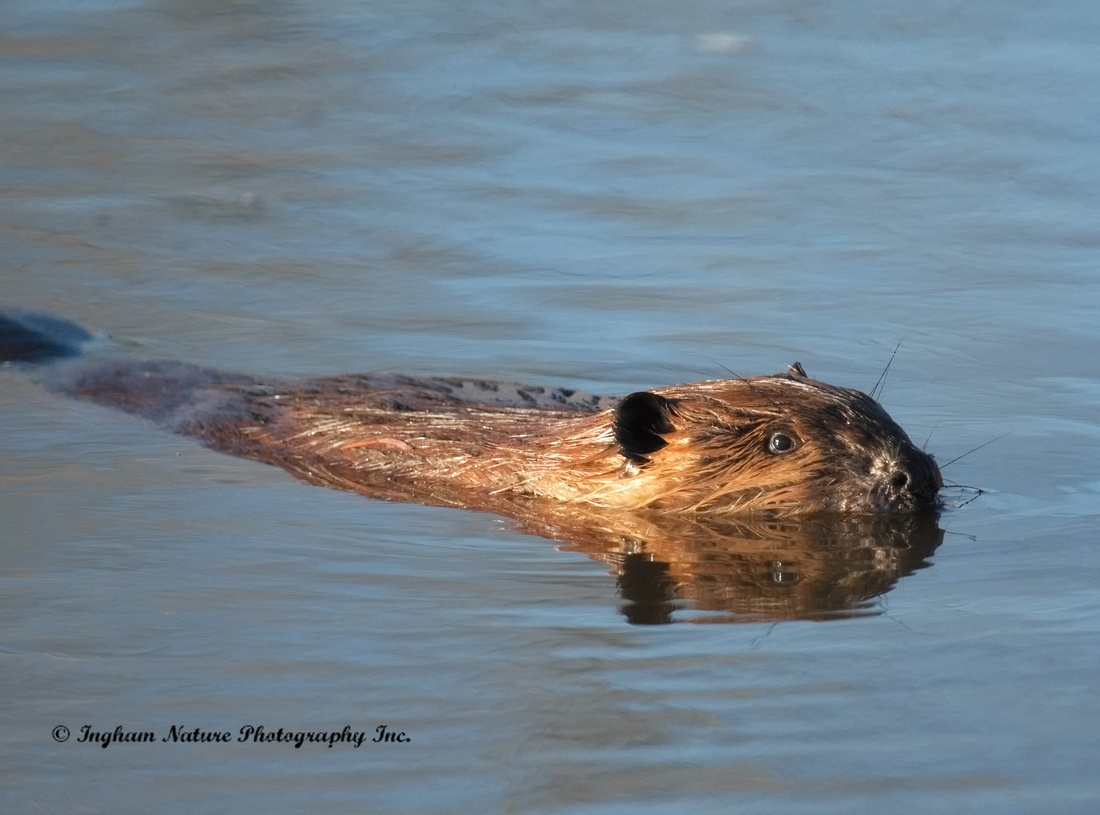 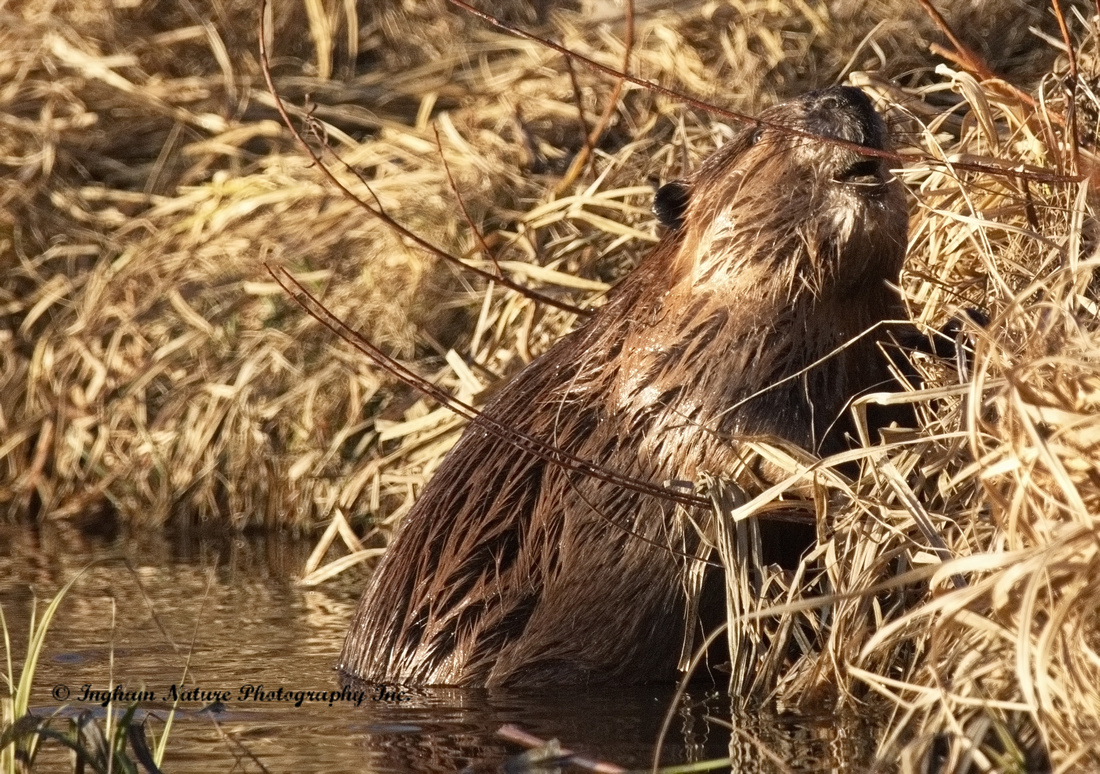