So I don't know why I find porcupines so endearing. Perhaps it's the fact that they have a certain air of mystery. Generally, they are only seen during daylight hours sleeping in trees and if you do catch the odd glimpse of them "grounded" during the day it's extremely brief. Their active periods on the ground are at from dusk into the night darkness.

Or perhaps it's their furry brown faces which sometimes seem to resemble little monkeys.

And at times, when they lie stretched out on tree branches, they take on a gigantic caterpillar appearance.

The following photos are of Chewy P. She gave birth to Hap P this past Spring. I did manage to catch Hap P this summer in a tree late one evening but that is the only time I have seen her these past few months. 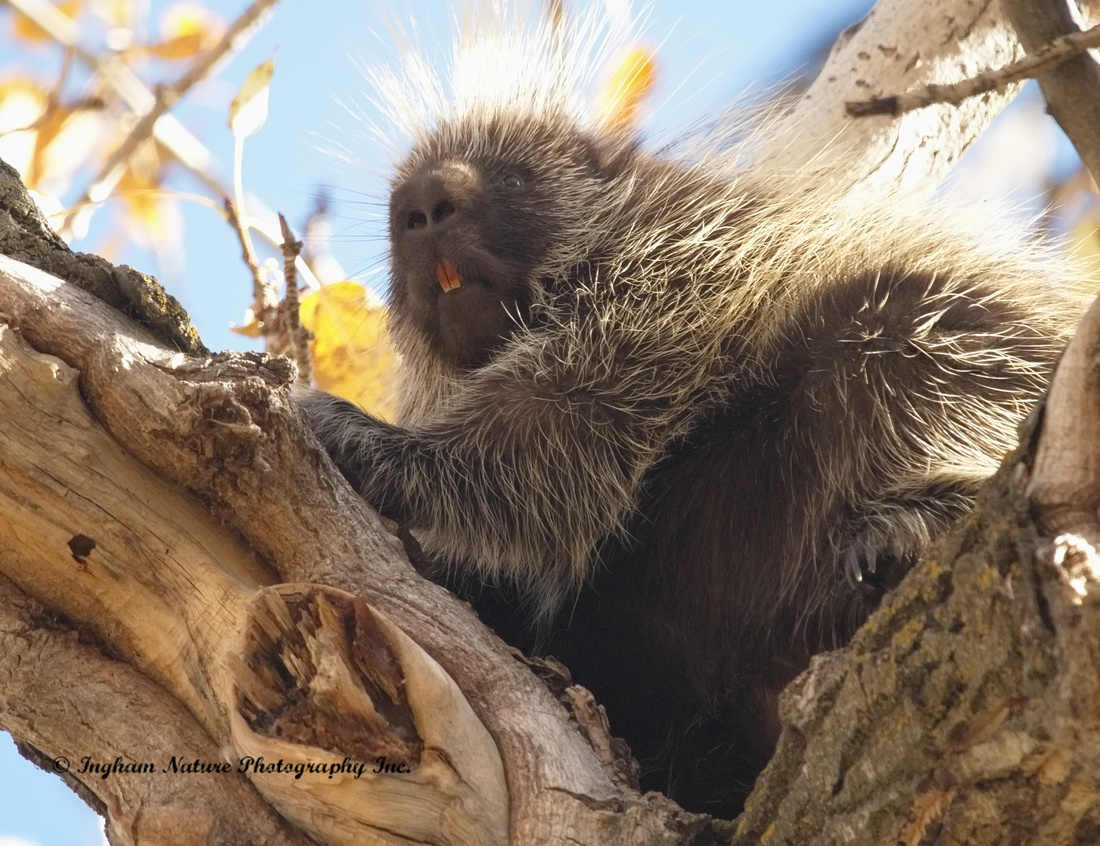 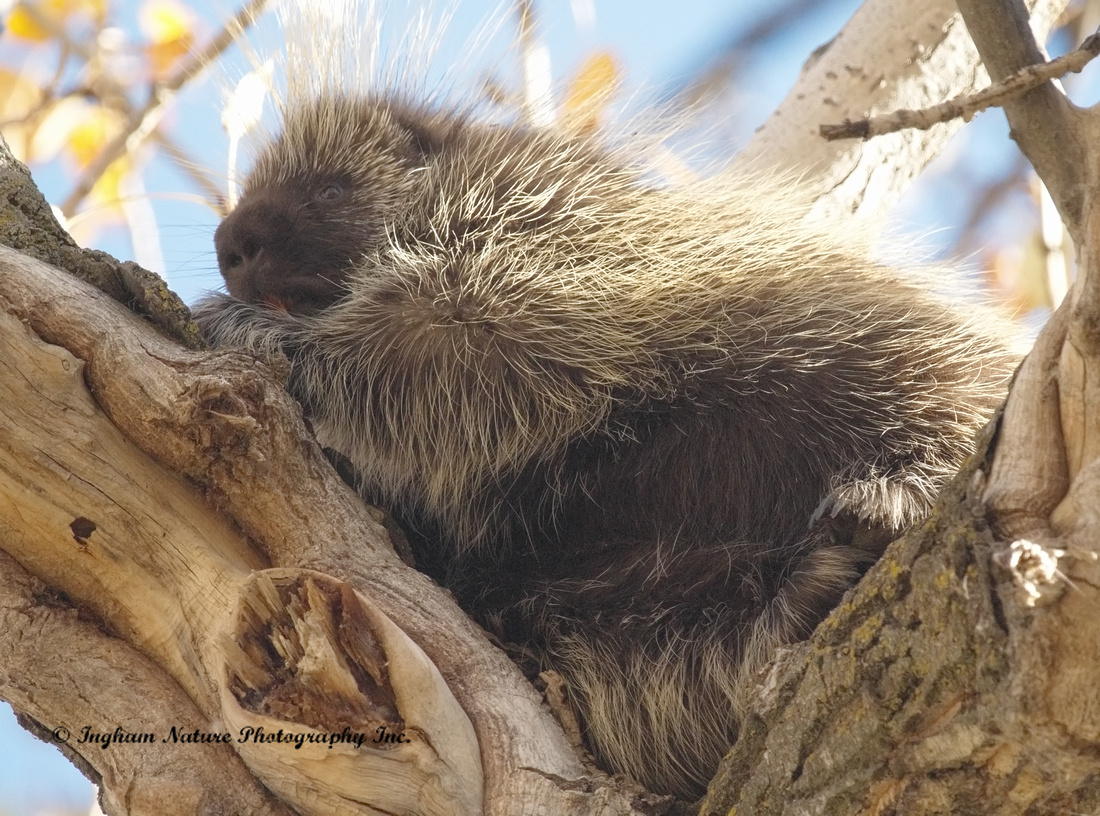 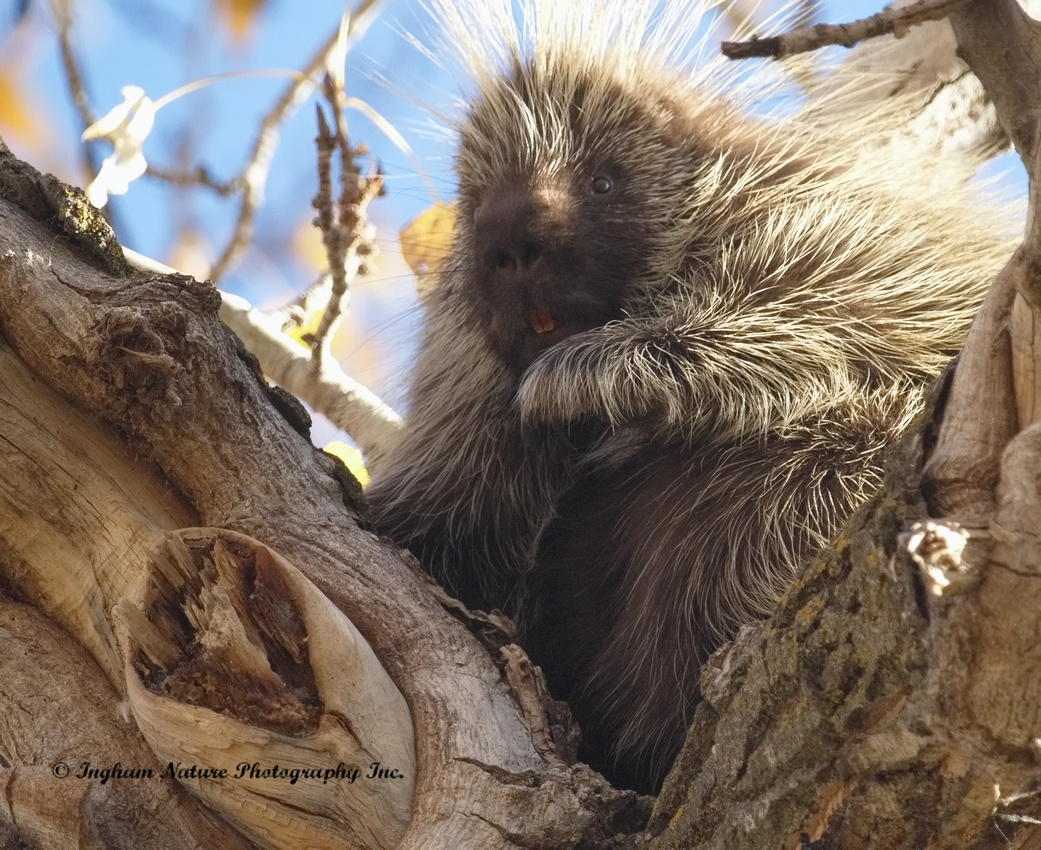 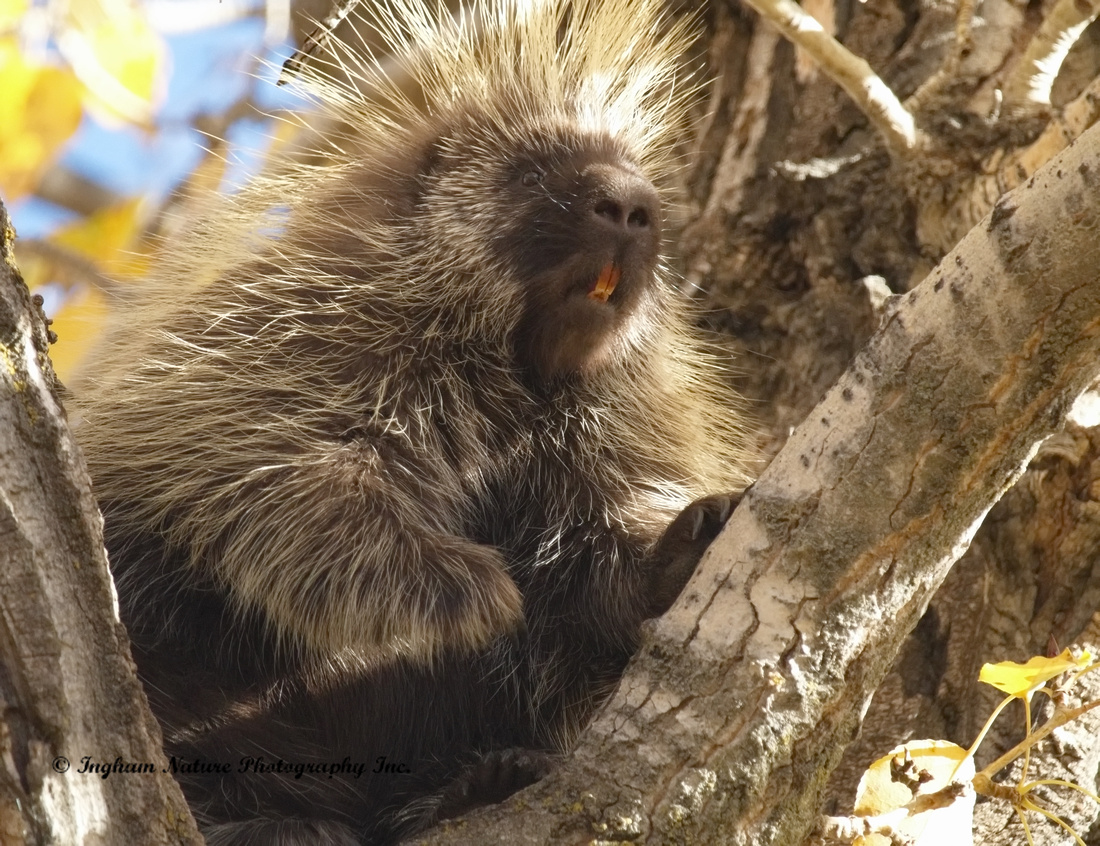 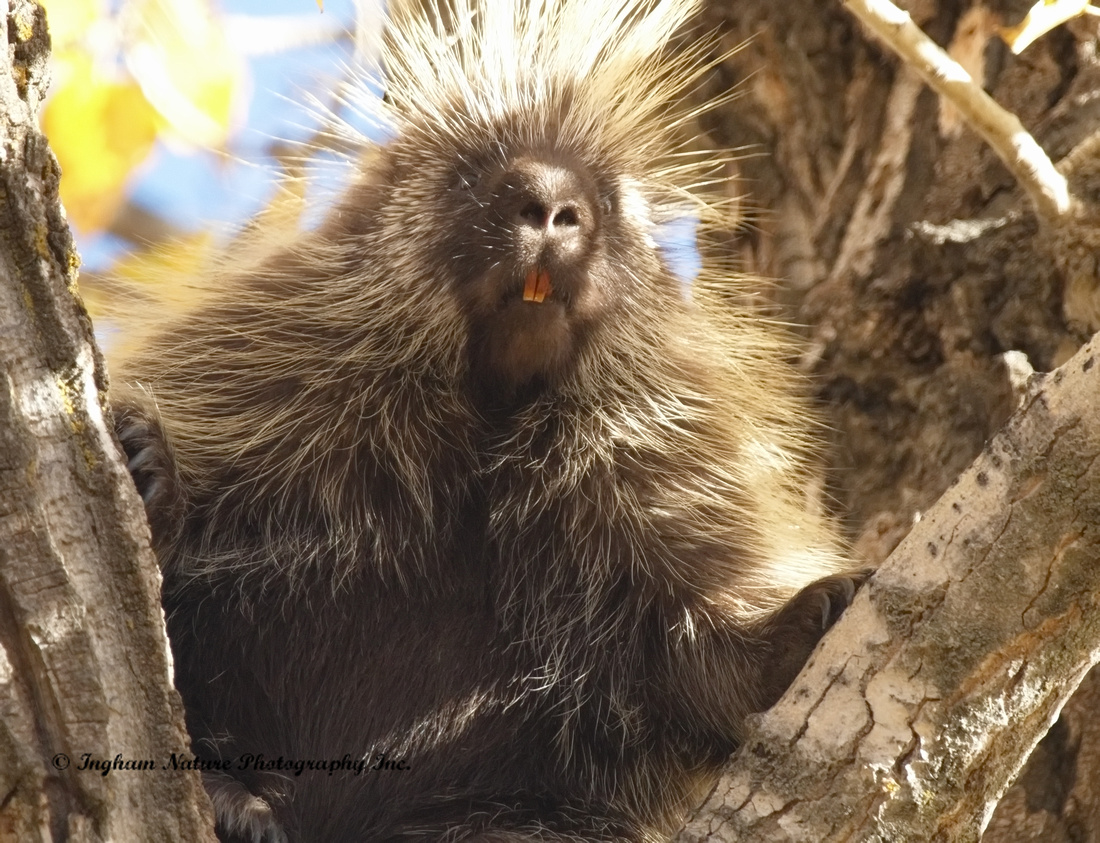 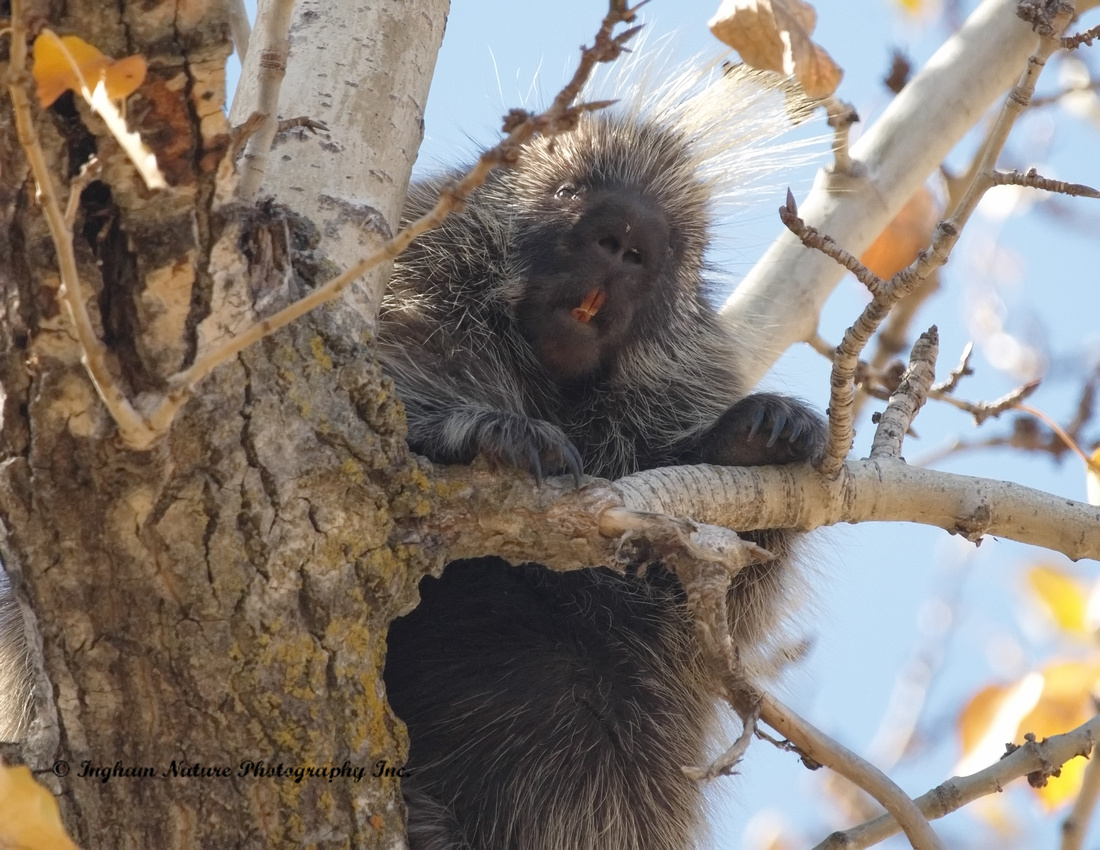 John Harper(non-registered)
It always amazes me how comfortable these creatures look up a tree. They can settle in anywhere for a good snooze. Your images show that to perfection.
Urszula(non-registered)
Somehow my comment disappeared... Hopefully I'm not repeating it.
I love these photos, you were so lucky to see both mom and the baby.
The light is magnificent, shows quills and face beautifully!
No comments posted.
Loading...
Subscribe
RSS
Recent Posts
"SOMETHING IN THE WATER" - Black-Crowned Night Heron "IT'S ALL IN THE GENES" - Mink (North American) "NO TWO MINKS ARE ALIKE" - Mink (North American) "SPLASH WATER PARK" - Moose "REMEMBER TO BREATHE" - Grizzly Bear "THAT RASCALLY ROCK RABBIT" - American Pika "A DRIZZLY GRIZZLY DAY" - Grizzly Bear "ALL THAT GLITTERS IS NOT GOLD - ITS BETTER" - Dragonfly & Damselflies "BETTER THE DEVIL YOU KNOW" - Great Horned Owl (Owlet) "A TALE OF TWO CULVERTS" - Beaver (North American)
Keywords
Archive
January February March April May June July August September October November December
© Ingham Nature Photography Inc.
Powered by ZENFOLIO User Agreement
Cancel
Continue