The Thunderbird is a legendary creature found in some North American indigenous peoples' mythology. It is usually attributed to a very strong spirit taking the form of a large bird.

These young eagles may not be mythical but they certainly "own the sky" when they take flight.

There were probably three in total chasing each other and landing in trees. Occasionally one would land on the very far side of the river where there appeared to be the carcass of a small waterfowl.

There is a distinct difference in feathering between the two I managed to capture. One appears to be older perhaps by a year. You can see one has more "ragged" feathers in its tail feathers, probably a youngster hatched this year. And being the less mature, was the one that was more tolerant of a photographer watching and waiting for its departure from its perches.

Photos 1 to 4 are of the younger immature eagle. Photos 5 and 6 are of the older one.

The day presented its own challenges with overcast skies and flat light due to a Chinook front, with occasional sun peering through from the bottom of the cloud layer.

To to continued tomorrow: 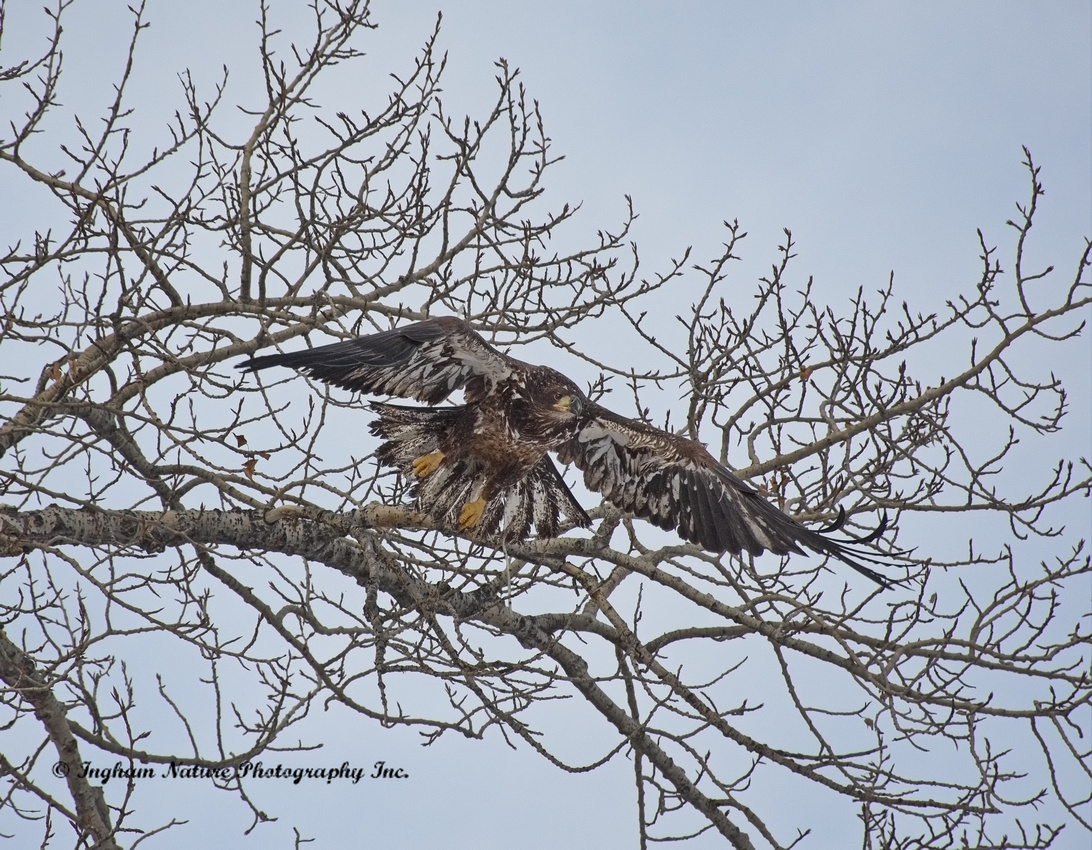 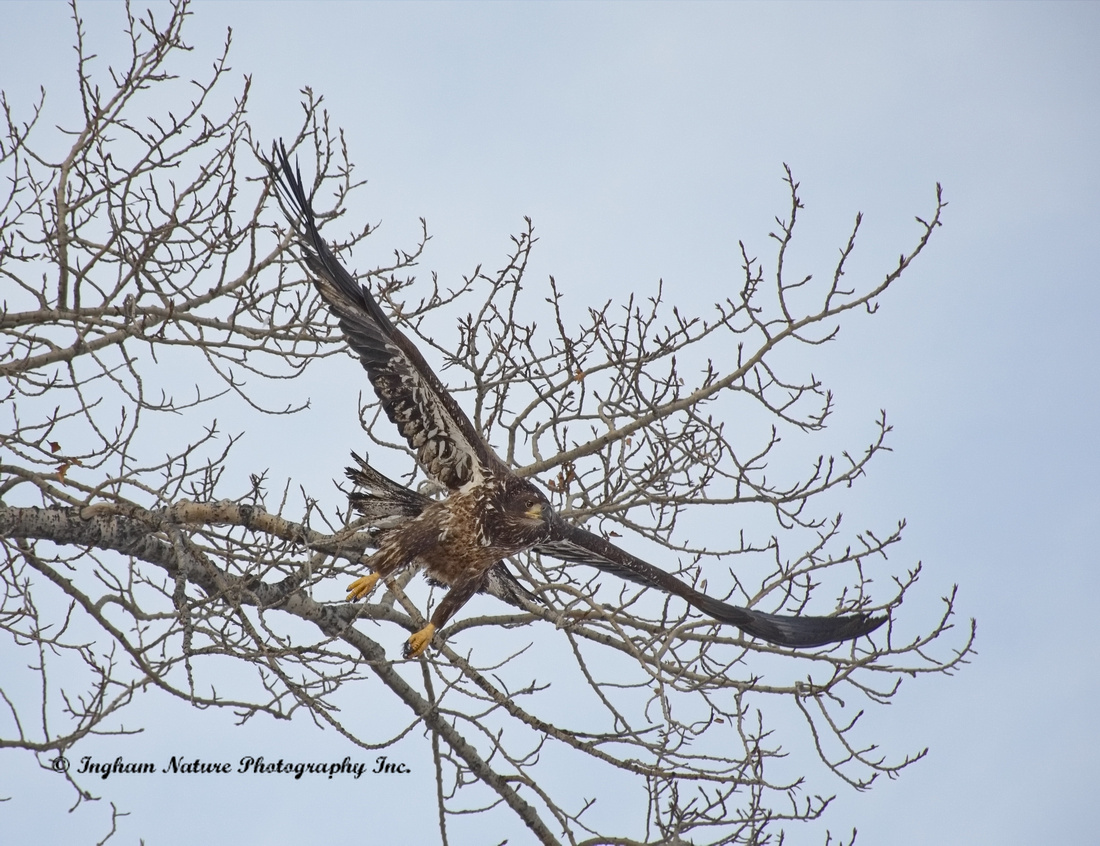 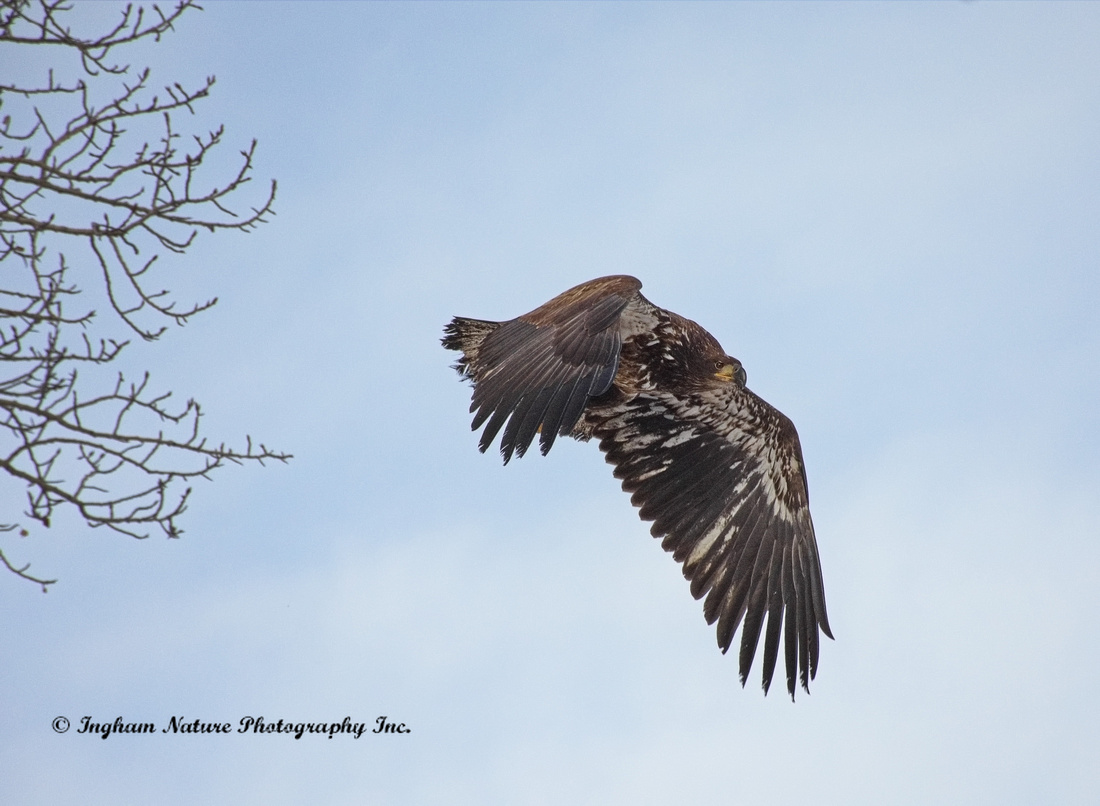 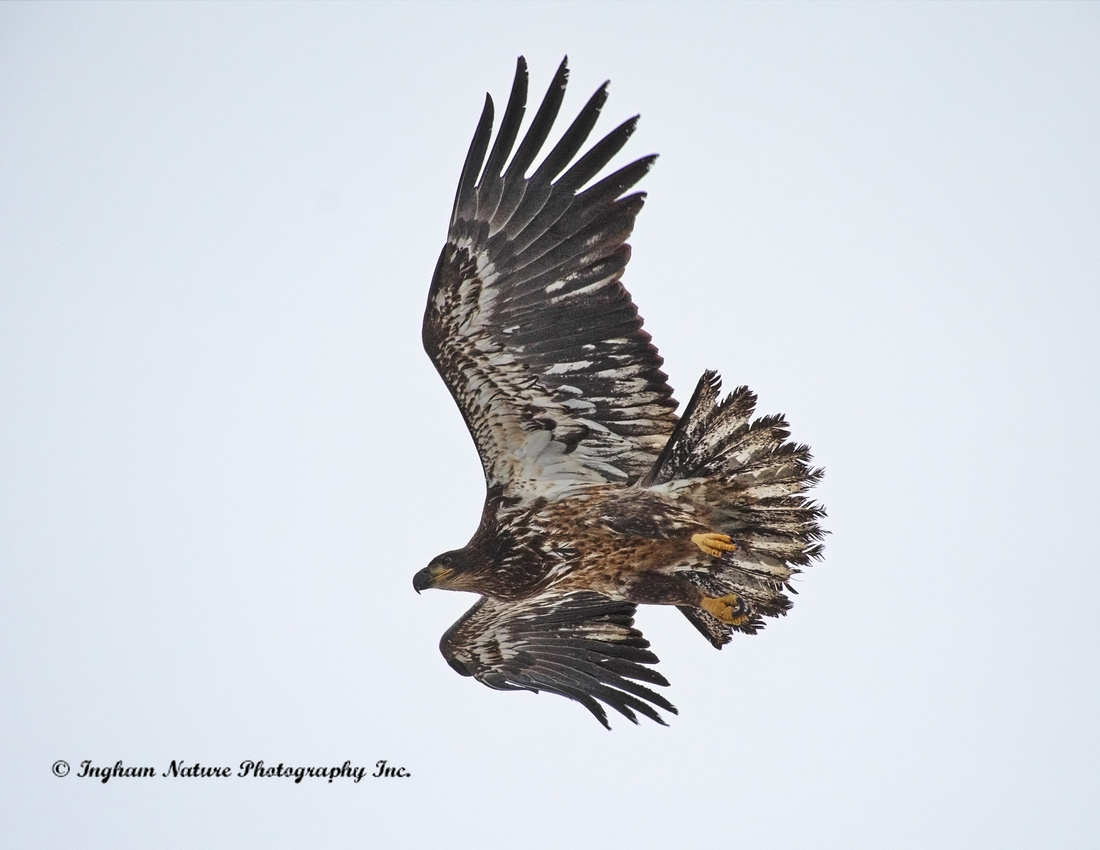 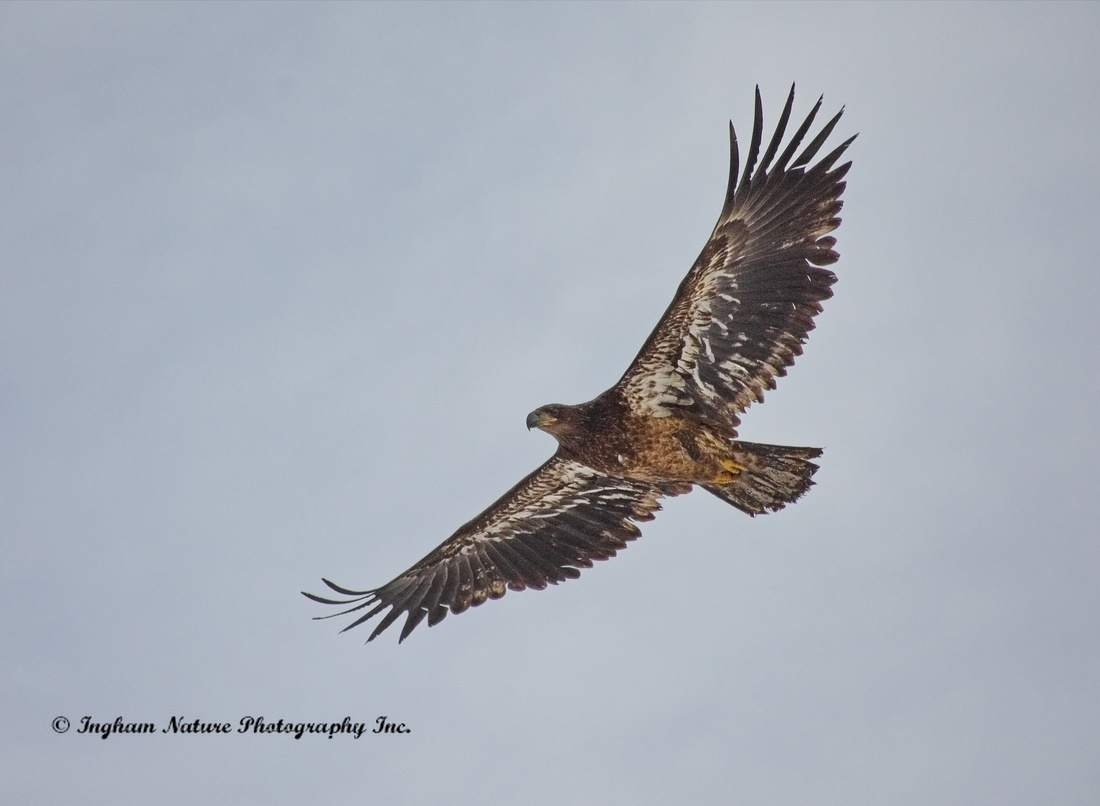 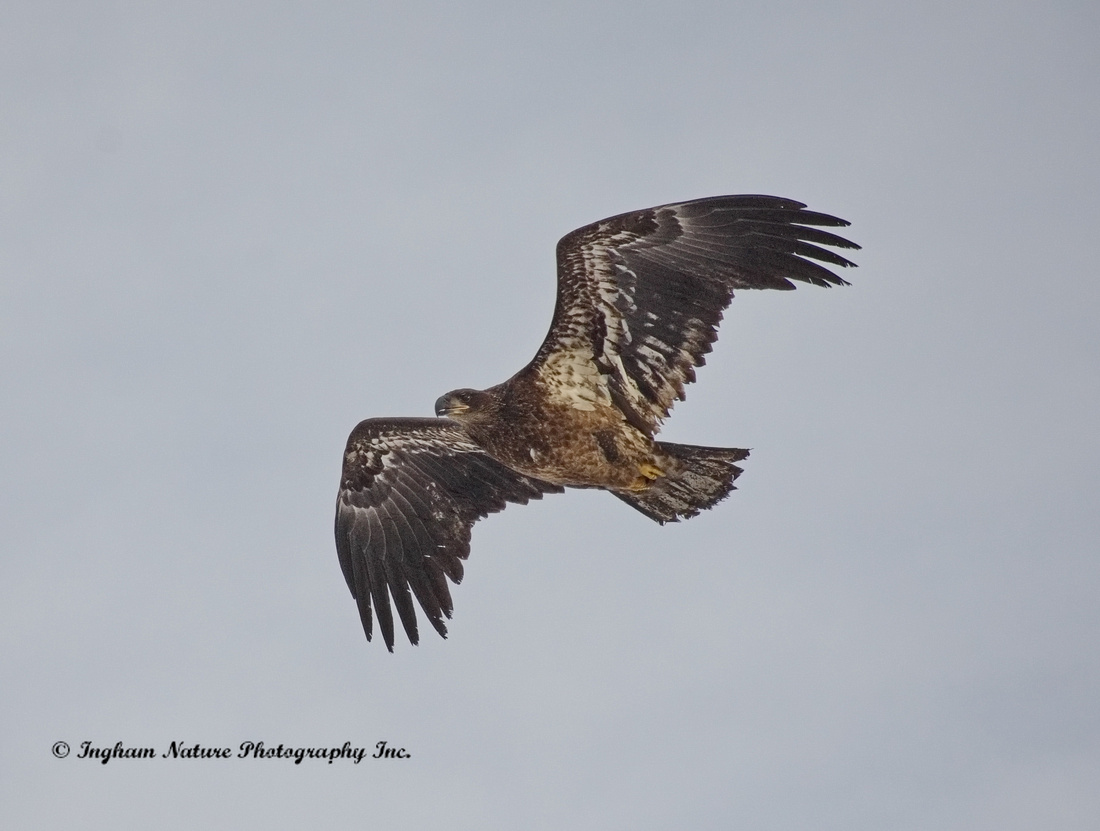