This is a pair of American Bald Eagles that are true residents in the Calgary area and reside near the Bow River.

They are full time residents, adding material to their nest each year and for the past two years that I have observed them, have been successful in raising at least one eaglet.

As they frequent an area along the Bow River, where there is some human activity (including fishermen), they appear to have become a little more accustomed to seeing people and therefore, as long as they haven't something else on their schedules, are more willing to perch in trees along the river for longish periods and tolerate a human presence.

Particularly at this time of the year, I have observed them on several occasions, perching either alongside each other on one branch or one above the other on the same tree, chattering away in eagle speak. Their commitment to each other is outstanding.

As I was watching the swans, I saw a shadow cross the meadow, looked up and saw this gorgeous young immature American Bald Eagle (Photos #10, 11 & 12). As it was in very close proximity to the two adults & their nest (at one point it was perched in a tree near the nest) and because of its age, I'll go out on a limb (no pun intended) and say it was probably this year's offspring of these two nesting eagles.

Later in the afternoon, the two adults perched one above the other along the river, checking out, no doubt, the waterfowl available in the water below (Photo #9). There were numerous photos of these two in this tree but this one was chosen because of the magpie that kept flying in and out and got bolder and bolder. So bold, in fact, that it is looking directly into the eyes of the female Bald Eagle - "Are You My Mother"! 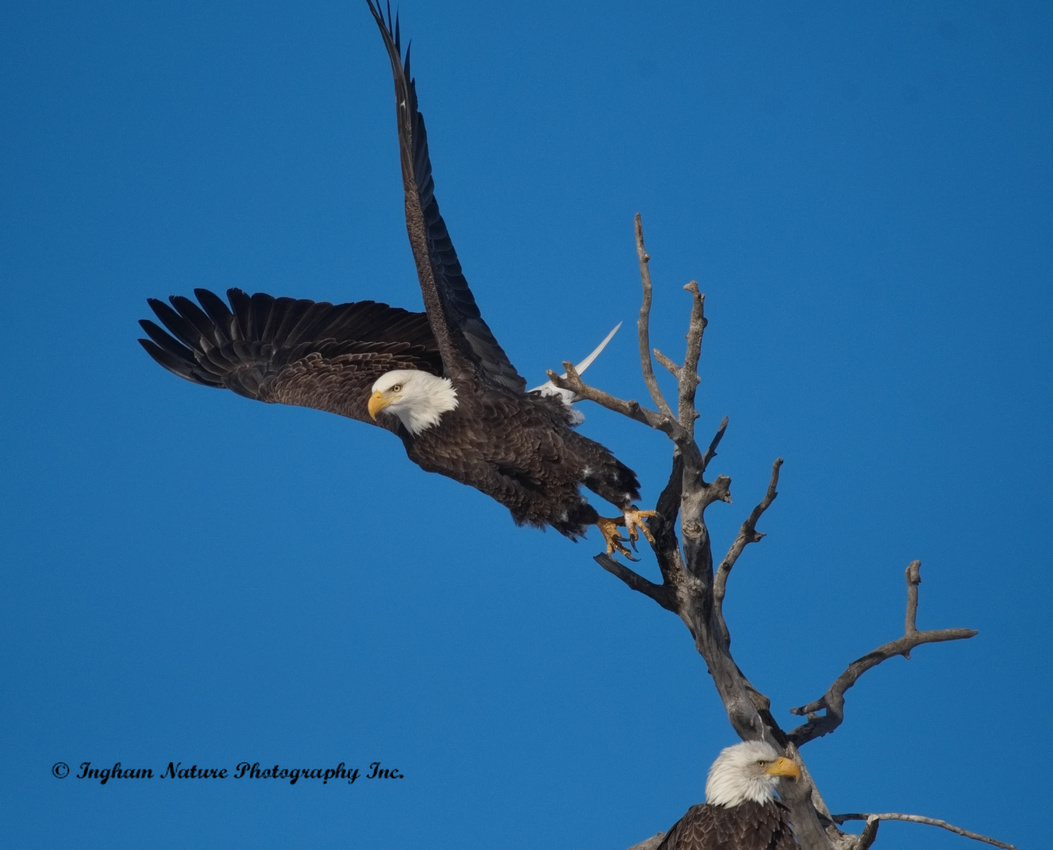 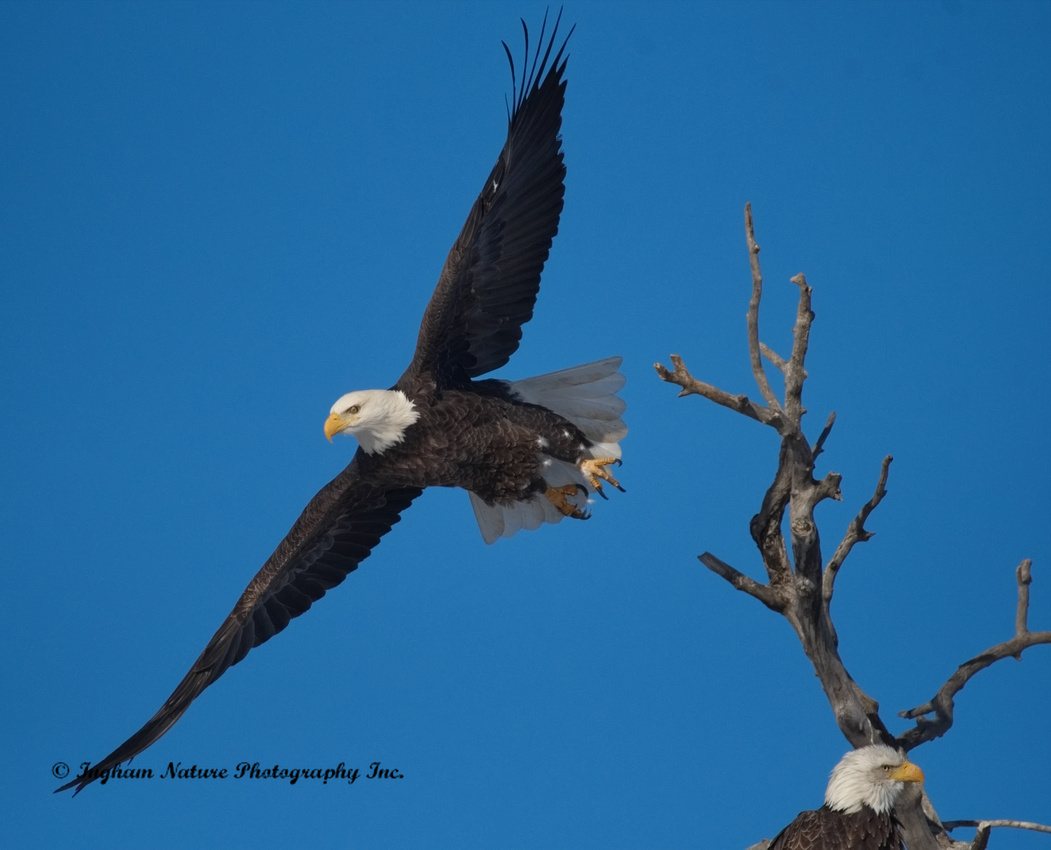 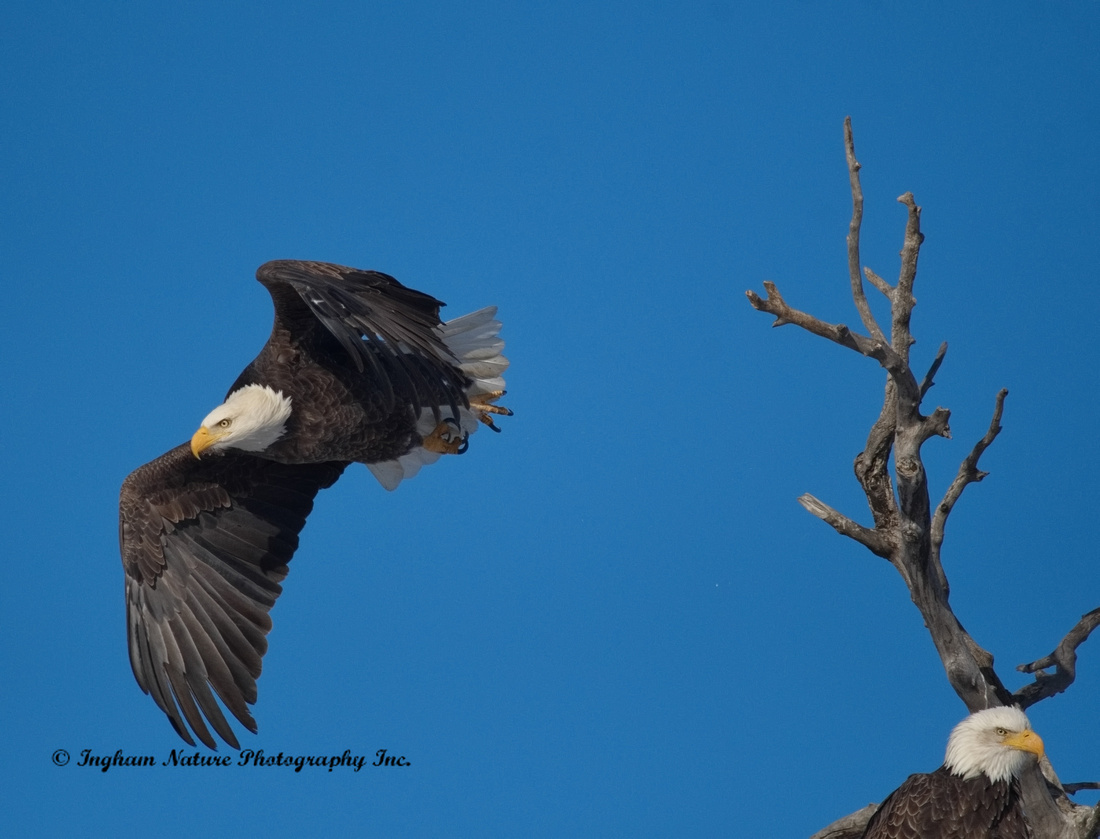 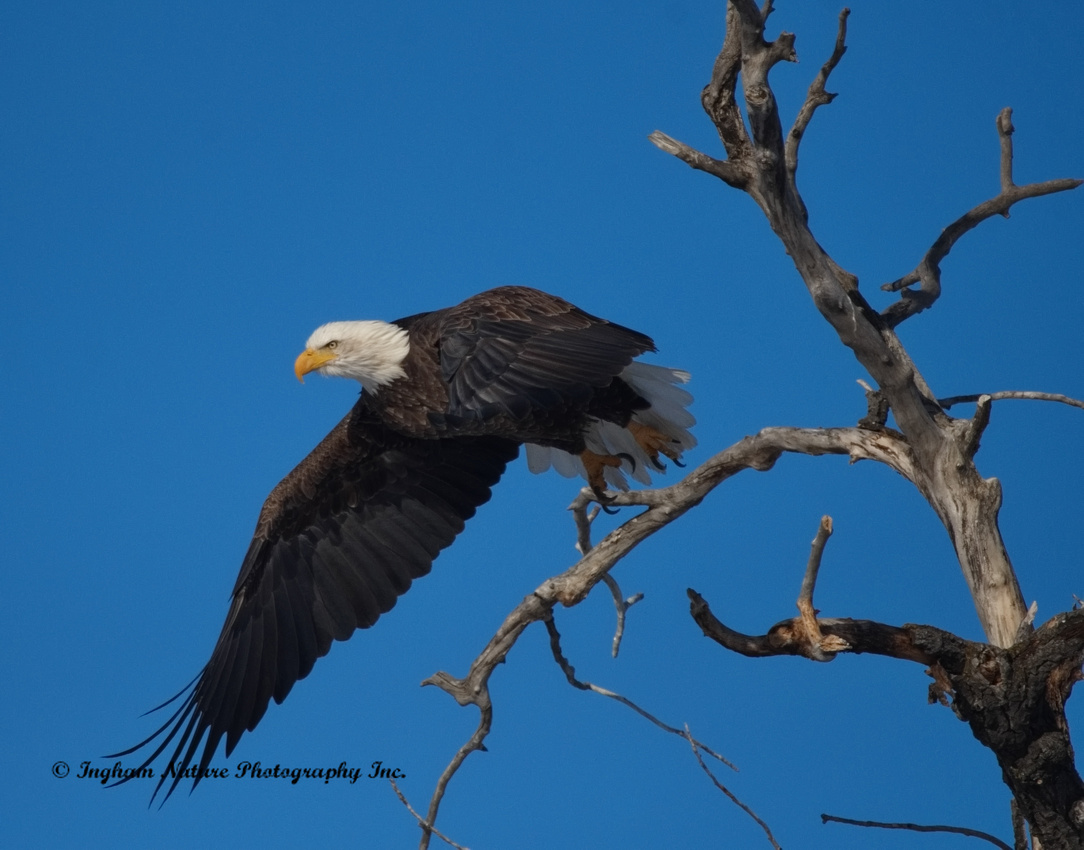 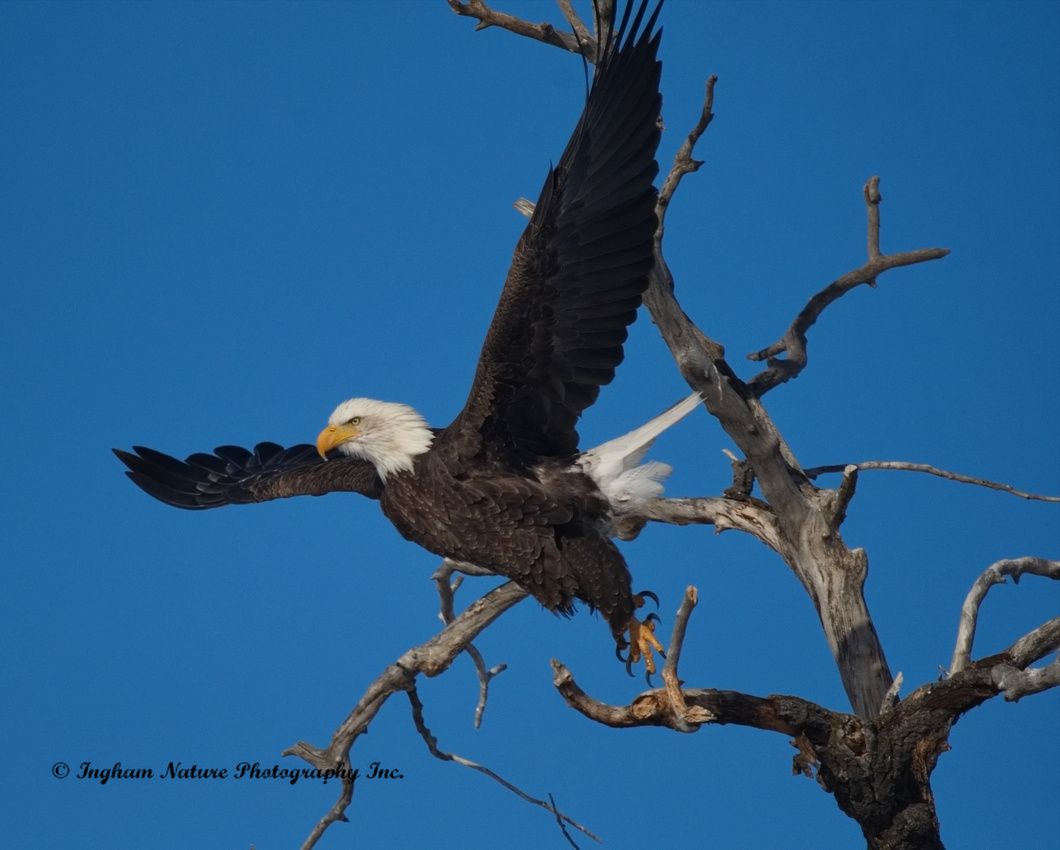 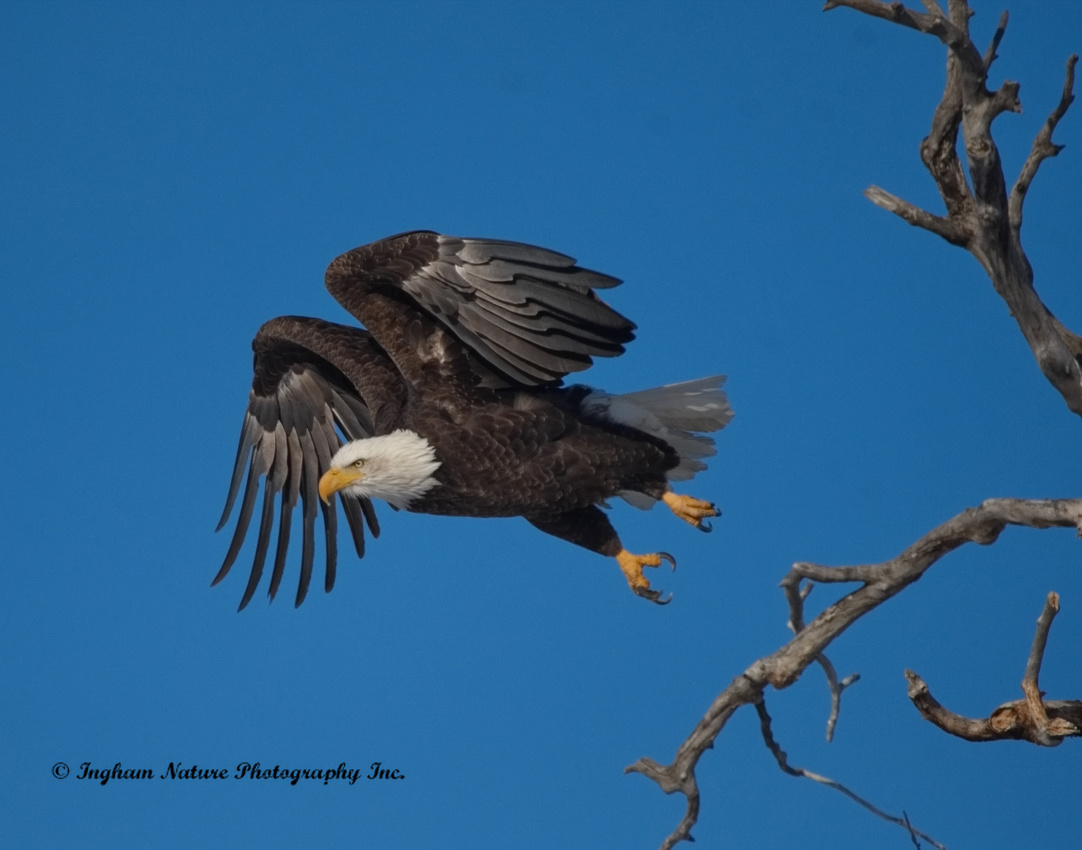 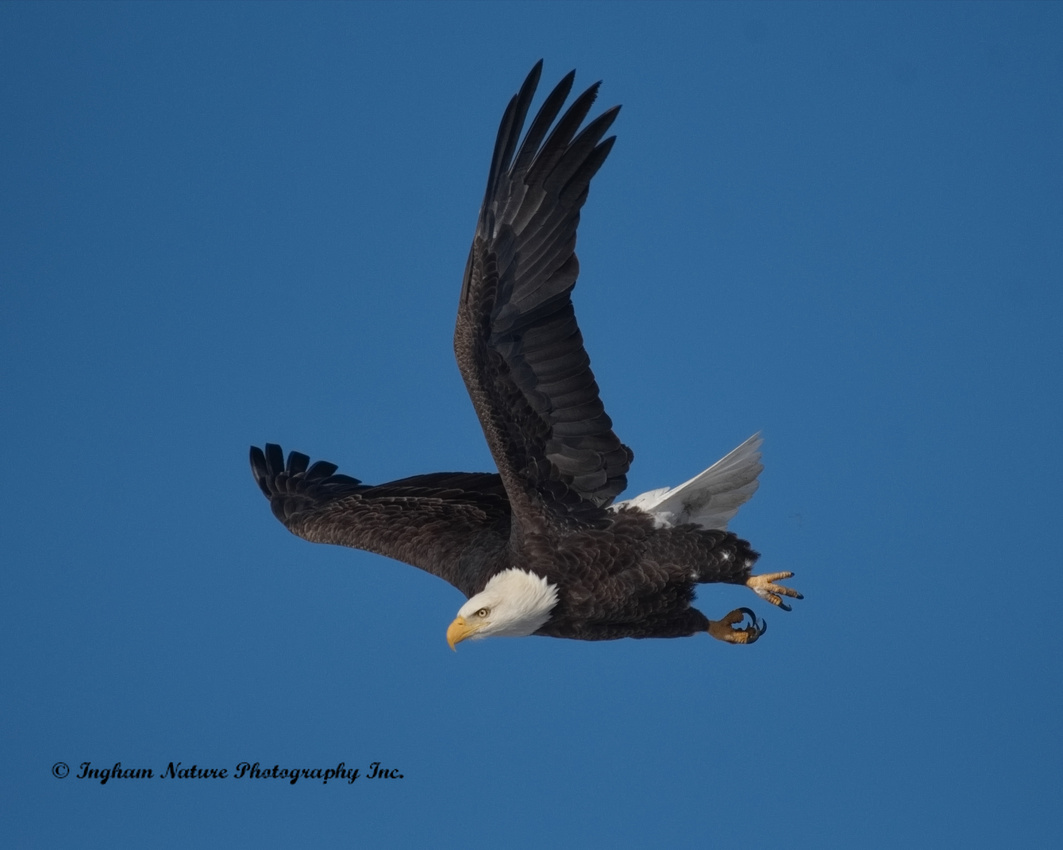 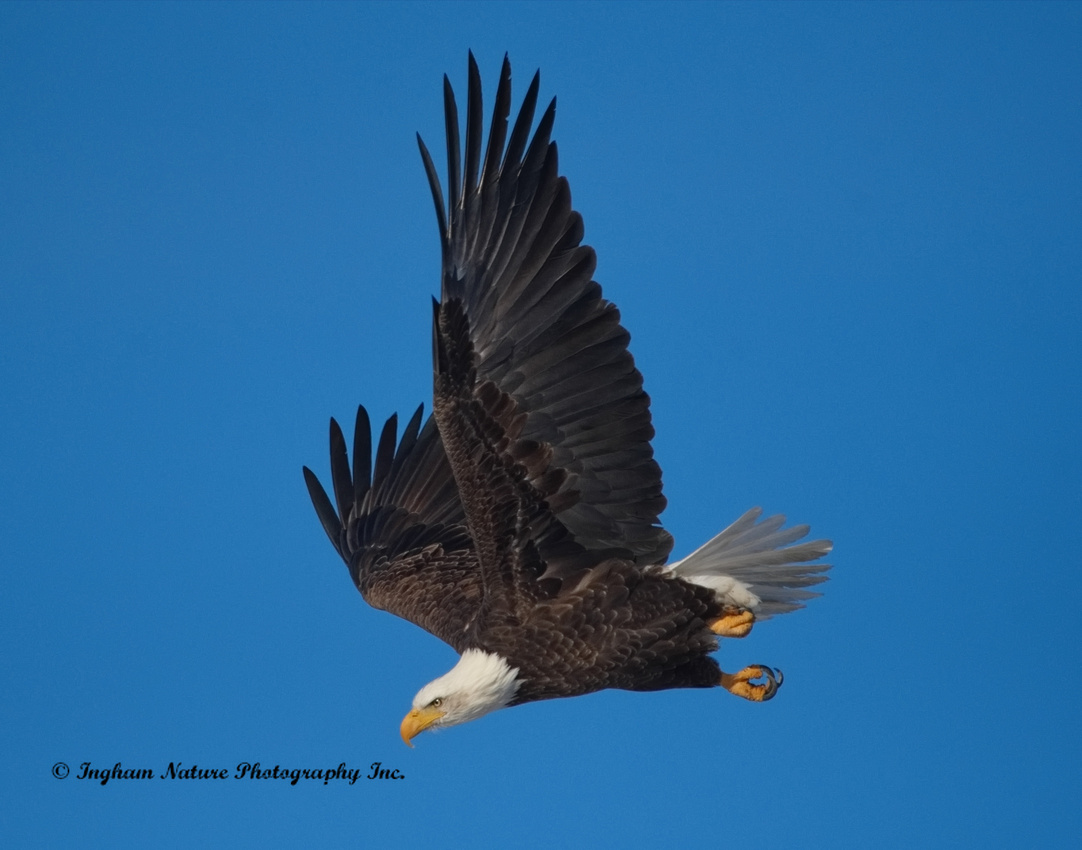 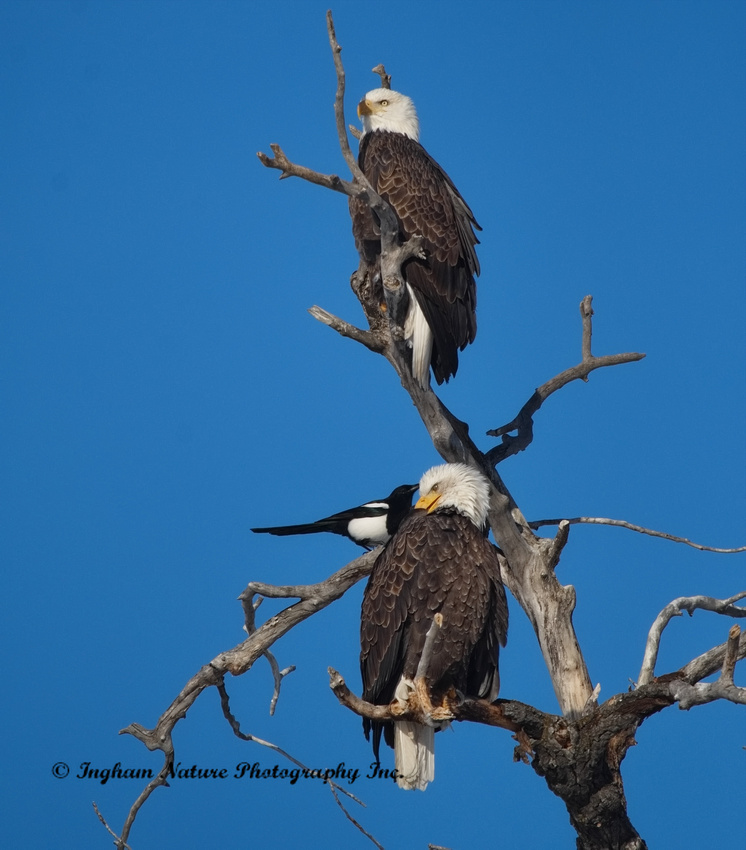 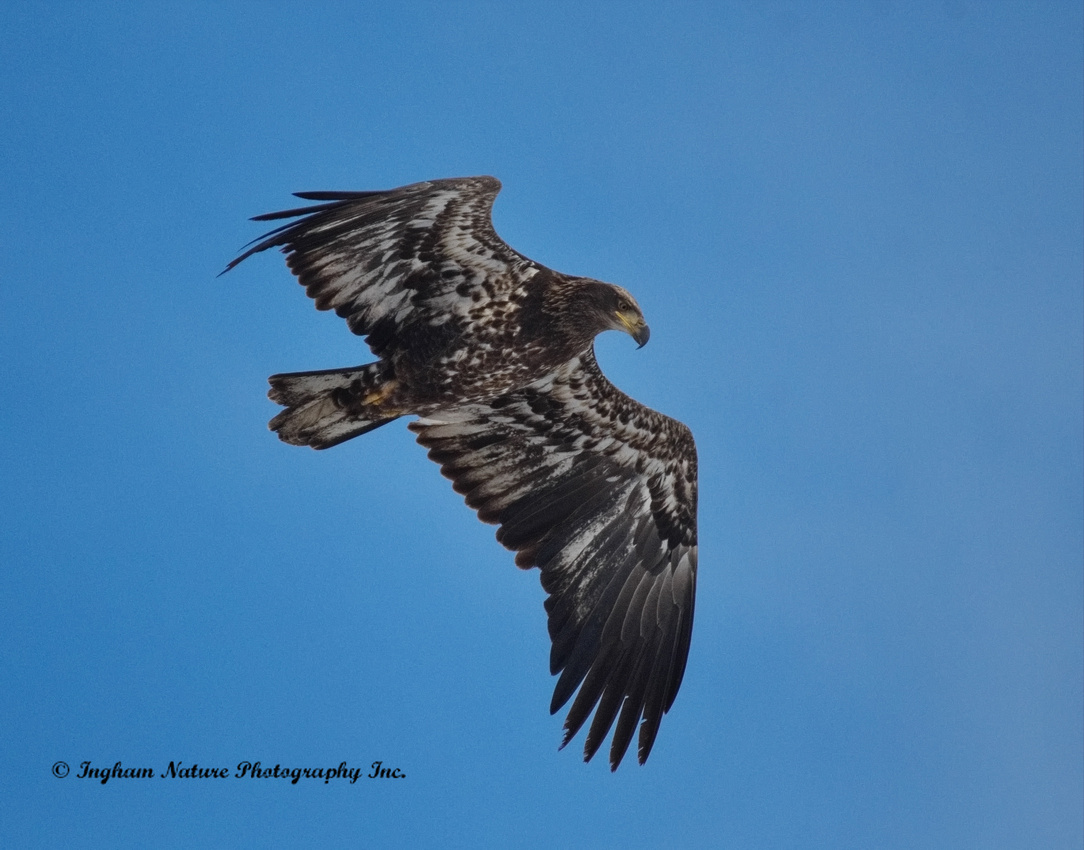 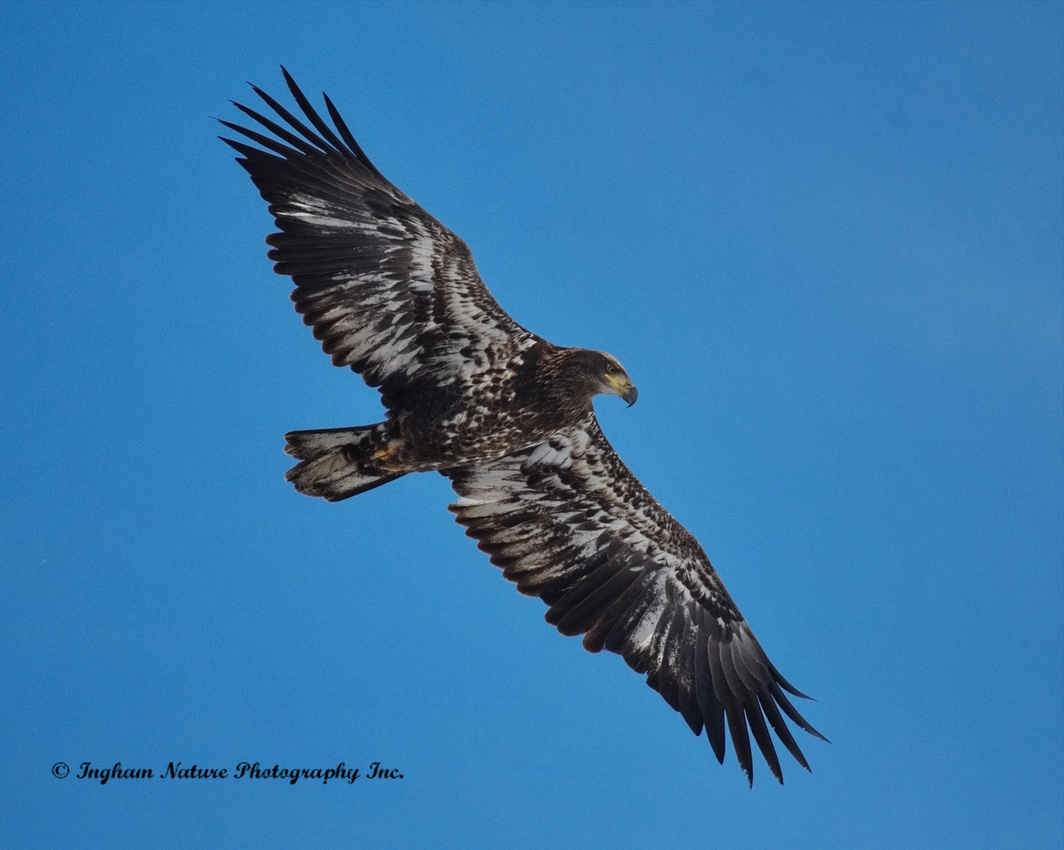 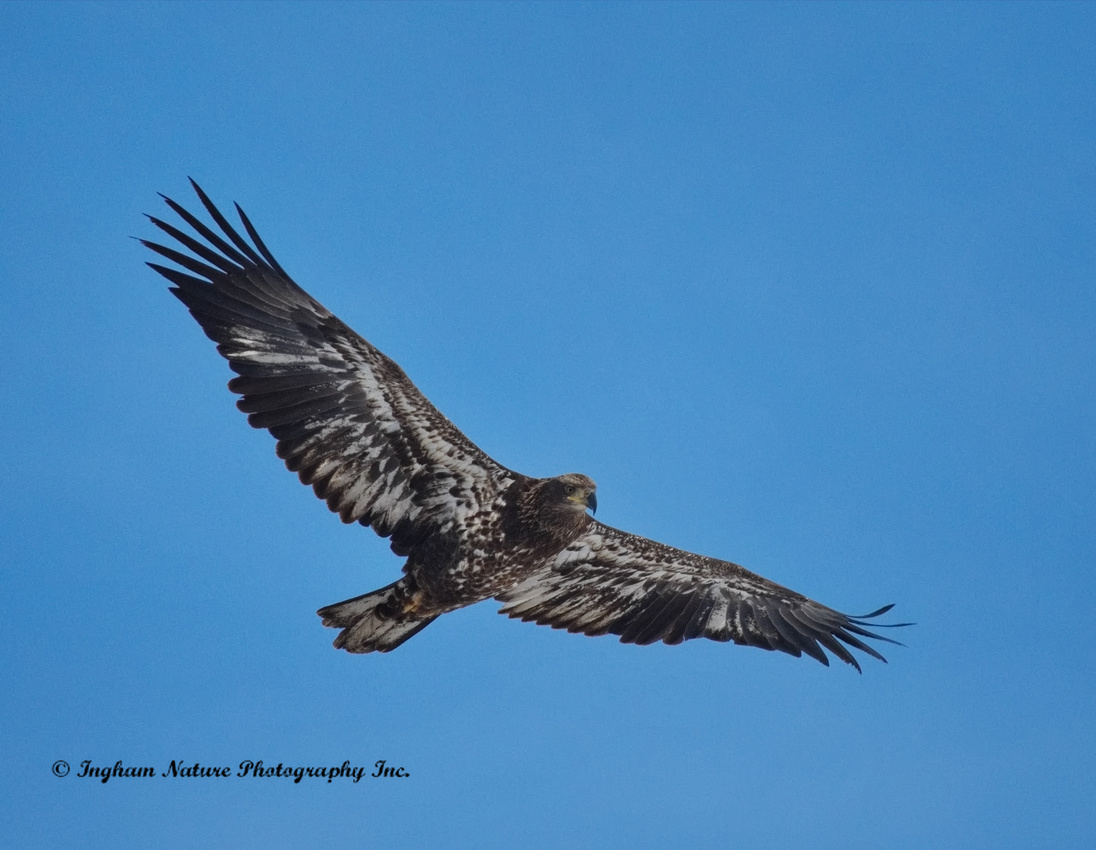